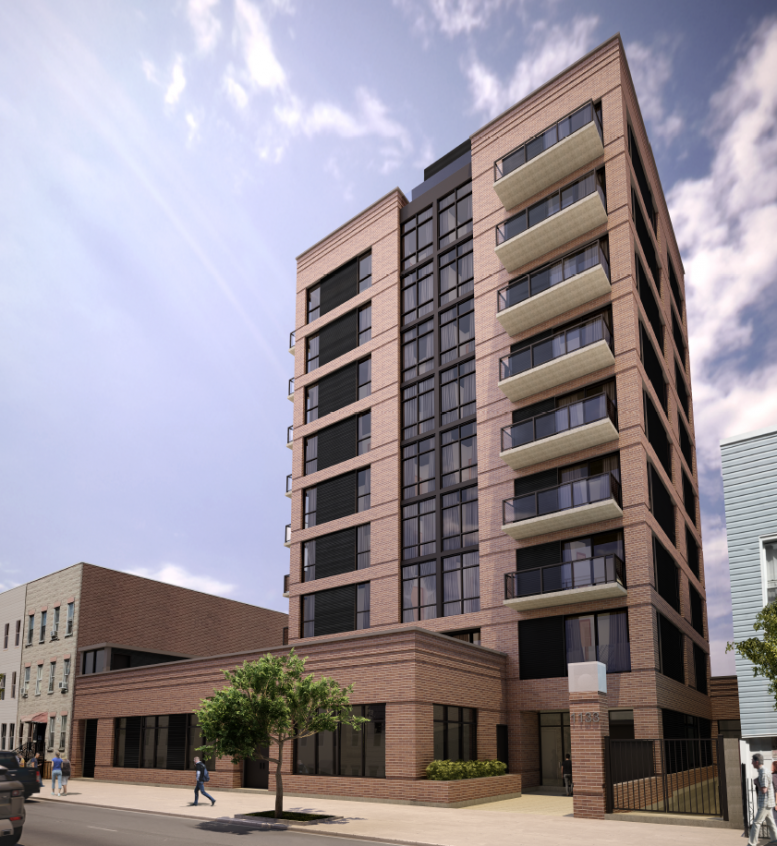 Back in May of 2015, YIMBY first reported on plans for a new residential development at 1127 Willoughby Avenue, between Knickerbocker and Wilson avenues, in Bushwick. While that information was accompanied by architect drawings, we now have the first actual renderings for the site, where construction has now begun.

As indicated in applications filed with the Department of Buildings, the project will have 7,000 square feet of community facility space on the first floor, to be occupied by medical offices. Above that, 23,000 square feet of space will be divided amongst 32 units, averaging a bit over 700 square feet apiece, which means rentals are very likely.

Boro Architects is behind the design for the site, which bears a very strong semblance to the firm’s plans for 301 Himrod Street, revealed by YIMBY last Friday. The envelope of the project is somewhat unfortunate, and while the medical offices on the first floor will front directly against the sidewalk, the apartments will be set back from the street by a substantial amount, breaking any nascent street-wall developing on the block.

Besides the somewhat problematic formatting, the design will feature a brick exterior, as well as a smattering of floor-to-ceiling windows down the middle of the building. From the first images, PTACs also appear to be lacking, though reality may be far less kind.

Completion of 1127 Willoughby Avenue is likely within another one to two years, and MKF Realty is developing the 10,000-square-foot site, which they purchased for only $320,000 back in 2012.