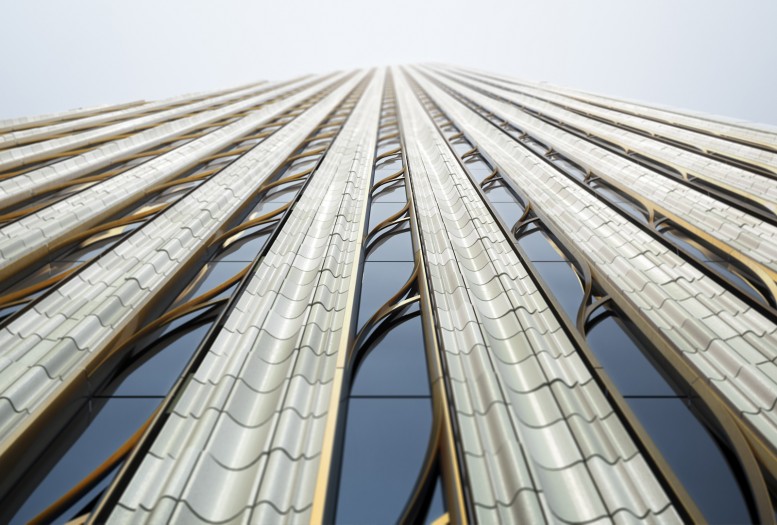 JDS Development and Property Markets Group’s 111 West 57th Street has been making substantial progress since YIMBY last checked in on the site back in August, and the soon-to-be 1,428-foot-tall tiwer continues to climb into the Midtown skyline. Glass curtain wall installation is now clearly visible and climbing on the southern side, and the supertall’s distinct terracotta and copper facade is also making major progress along the eastern face, which can be seen from street level. 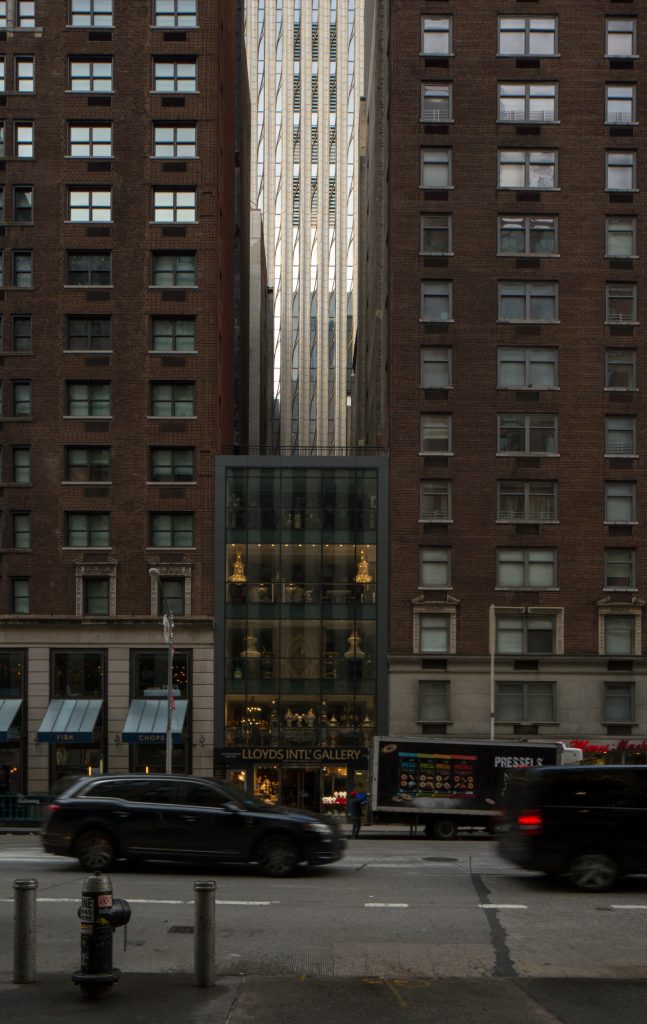 While the building is starting to make an impact on the skyline when seen from the southern end of Central Park, it has yet to cross above the “Midtown Plateau,” a term sometimes used to describe the visual perspective of Midtown, when seen from afar. The consistent pattern of of building heights from 700 to 800 feet stretches from 42nd Street to 59th Street. 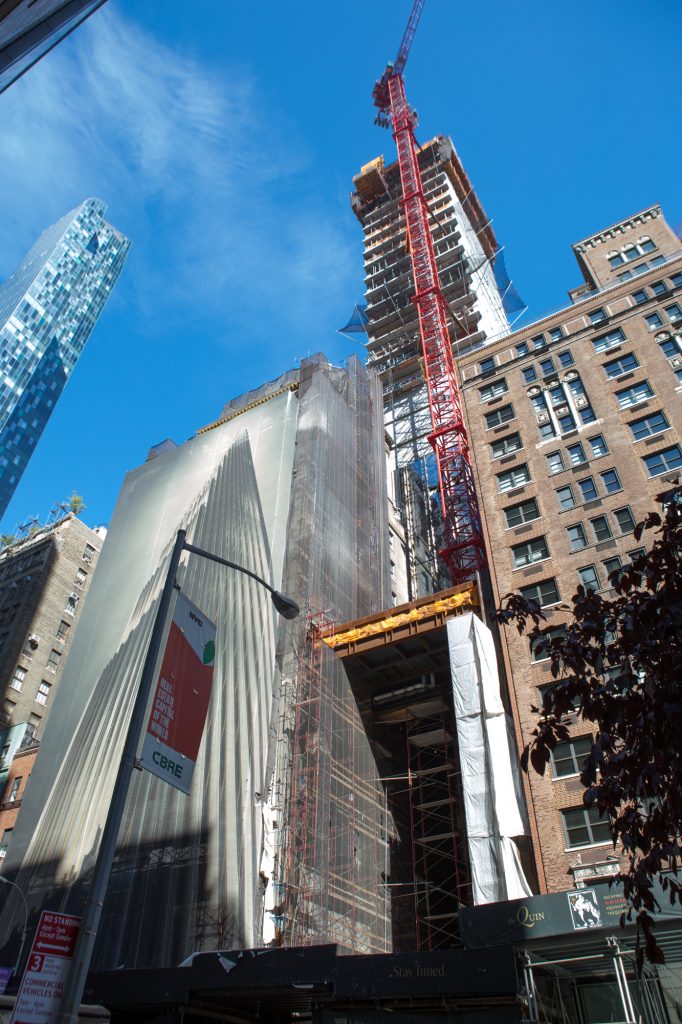 With exceptions of the Empire State Building, the Chrysler, and the Bank of America Tower, the new buildings along Central Park South, as well as One Vanderbilt and Hudson Yards, are breaking and re-scaling the skyline to far greater heights. Once complete, likely by 2020, 111 West 57th Street will be one of the tallest residential towers in New York City. 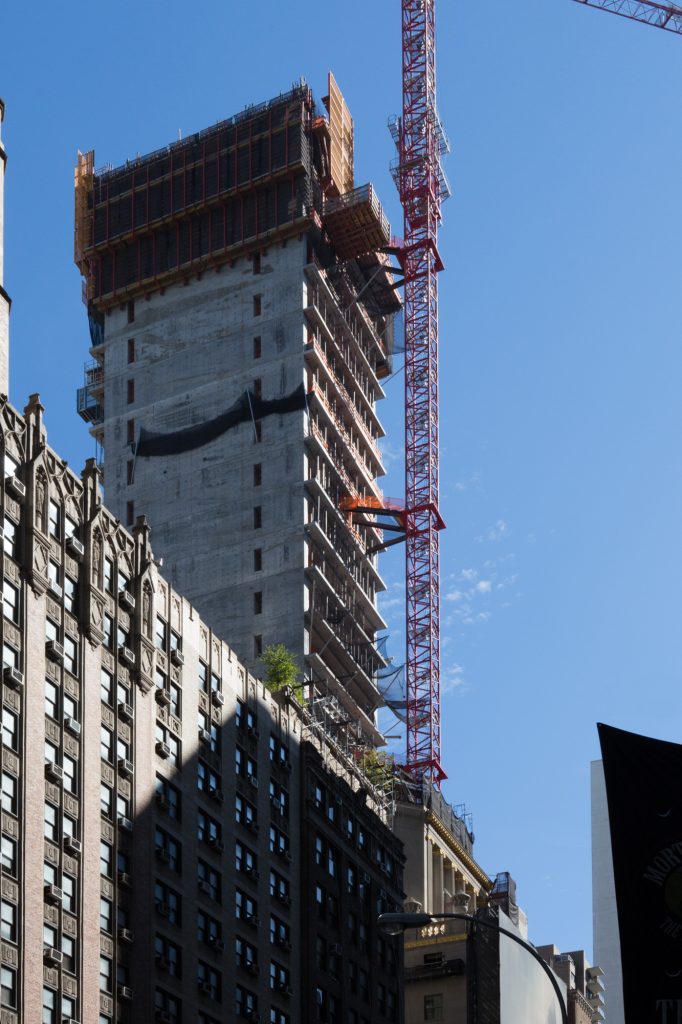 The gaps in the reinforced concrete walls, seen on the western and eastern sides, will eventually be encased, and become the windows for the residential units.

When complete, and considering other projects currently in the works, the SHoP Architects-designed skyscraper would be the third tallest in Manhattan and New York City, surpassed only by 217 West 57th Street, One World Trade Center, and 432 Park Avenue in terms of roof parapet height. More notably, it will hold the record for becoming one of the most slender buildings in the world, with a width to height ratio of 1:24. 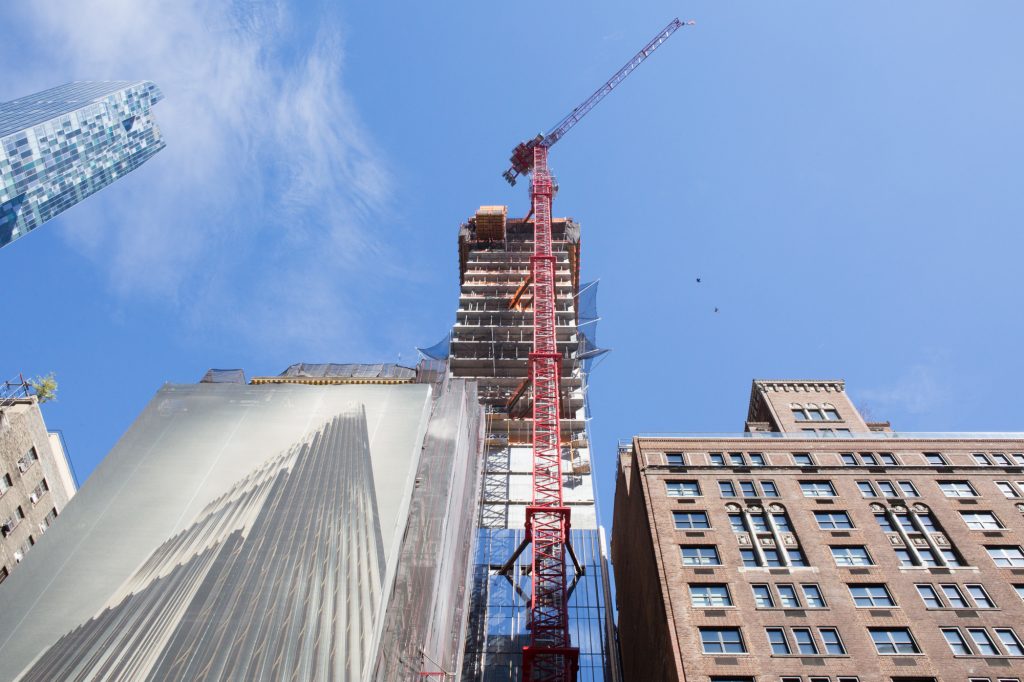 That’s over fifty percent skinnier than 432 Park Avenue, which has a slenderness ratio of 1:15, clocking in at roughly 93 feet wide and 1,396 feet tall. 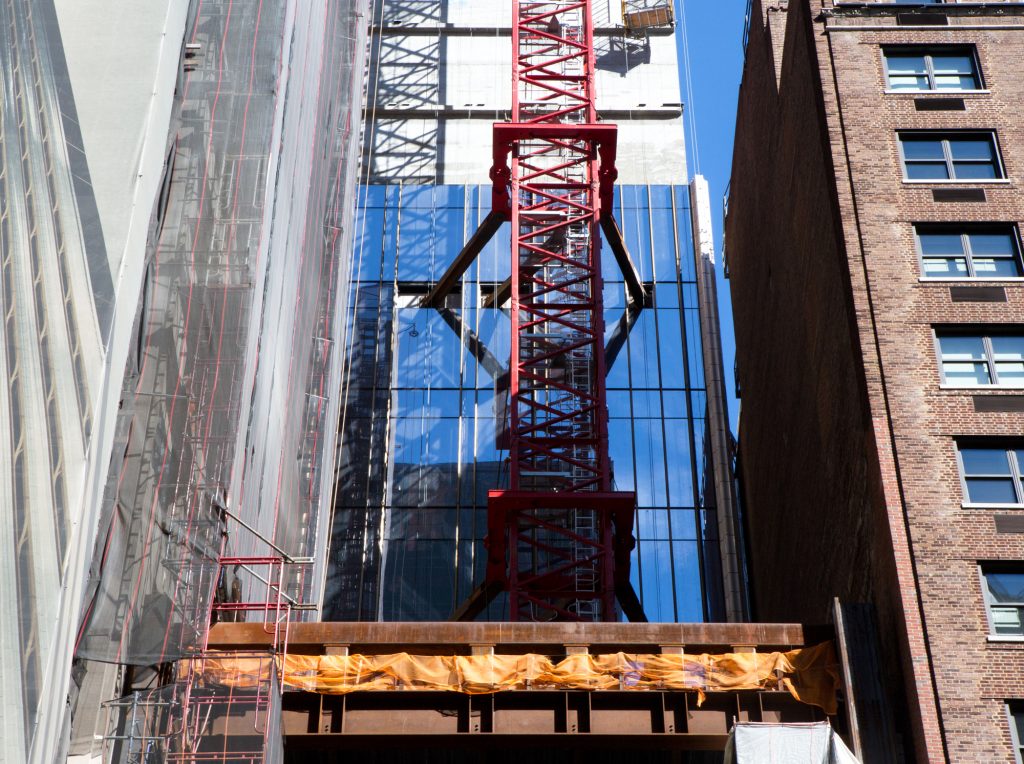 While 111 West 57th Street has encountered a series of legal and financial issues, some of the first units have quietly gone into contract, though no official numbers have been reported just yet. The cheapest condominiums will start at around $15.5 million, while the most expensive will be priced at $58 million on the top floor, with uninterrupted northern and southern views of Midtown and Central Park.

The total projected sellout of the building is estimated around $1.45 billion.