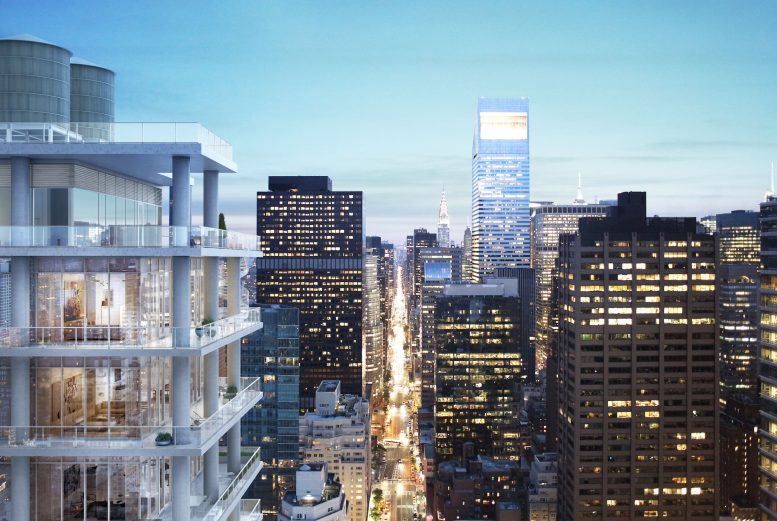 Harry Macklowe’s most prominent project to date is certainly 432 Park Avenue, on the corner of 57th Street. But two blocks to the northeast, the developer’s CetraRuddy-designed tower at 200 East 59th Street is making a mark of its own, and is now almost complete. While the 35-story and 490-foot-tall tower may not be quite as tall as its sibling to the south, the concrete design has become another attractive addition to the Manhattan skyline, and today we have a look thanks to photos by DBOX. 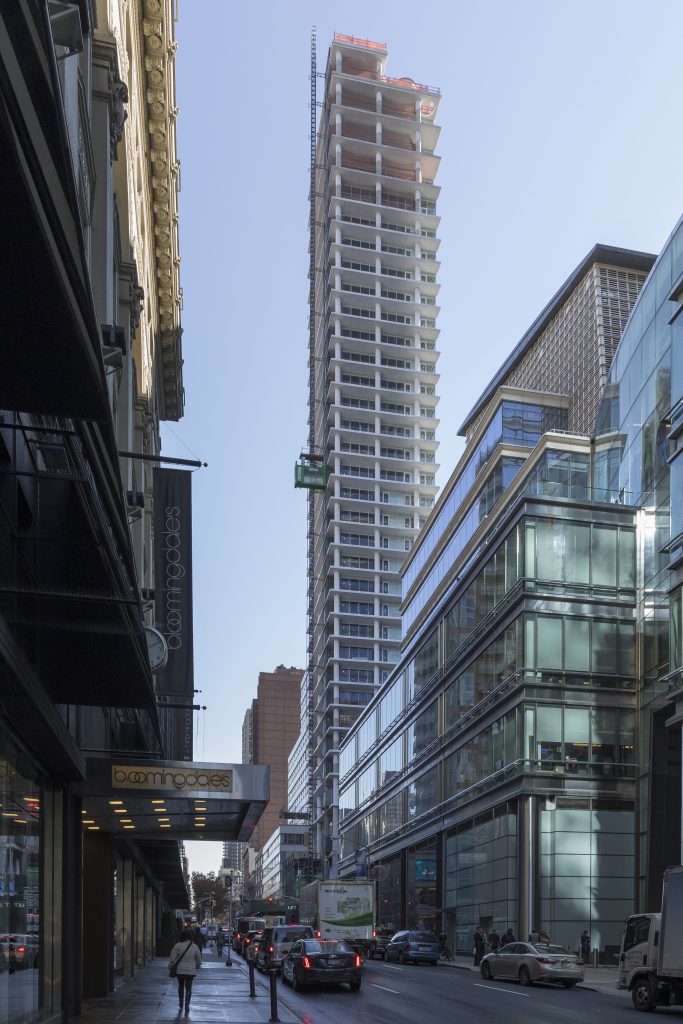 YIMBY first reported on 200 East 59th Street back in 2015, when we revealed the first renderings for the tower, and we followed with the full unveiling in June of 2016. By September of last year, the project had risen above street level, and by this past February, it was over halfway to its rooftop. 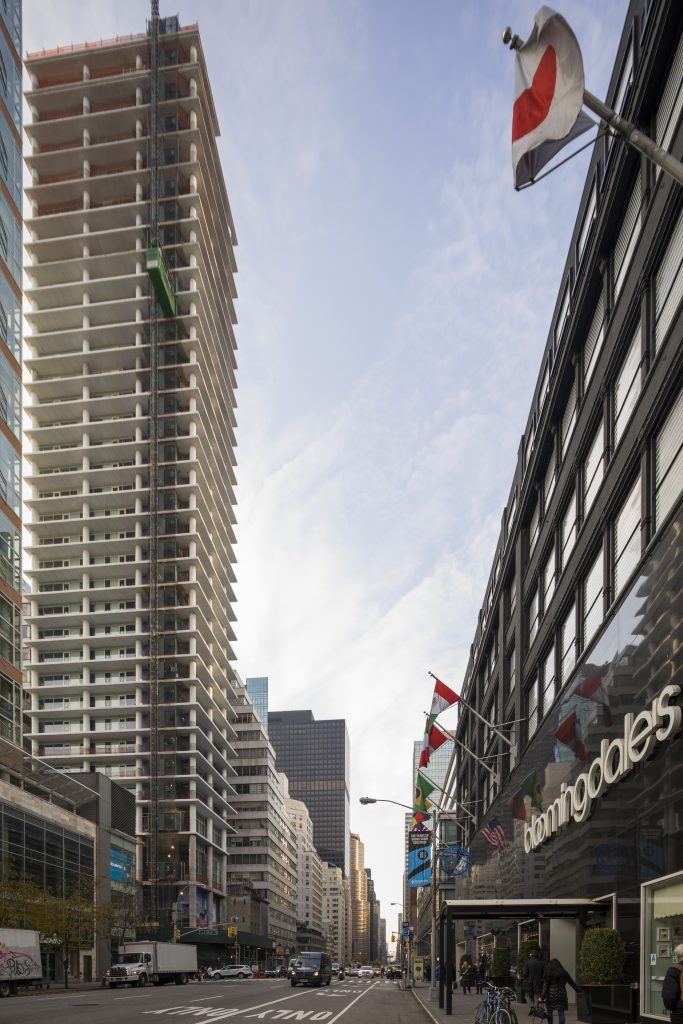 The building encompasses a total construction area of 152,191 square feet, and within that, there will be just shy of 15,000 square feet of retail space within the lower levels. Above, the rest of the tower will be divided between 67 condominiums, translating into units averaging over 2,000 square feet apiece. 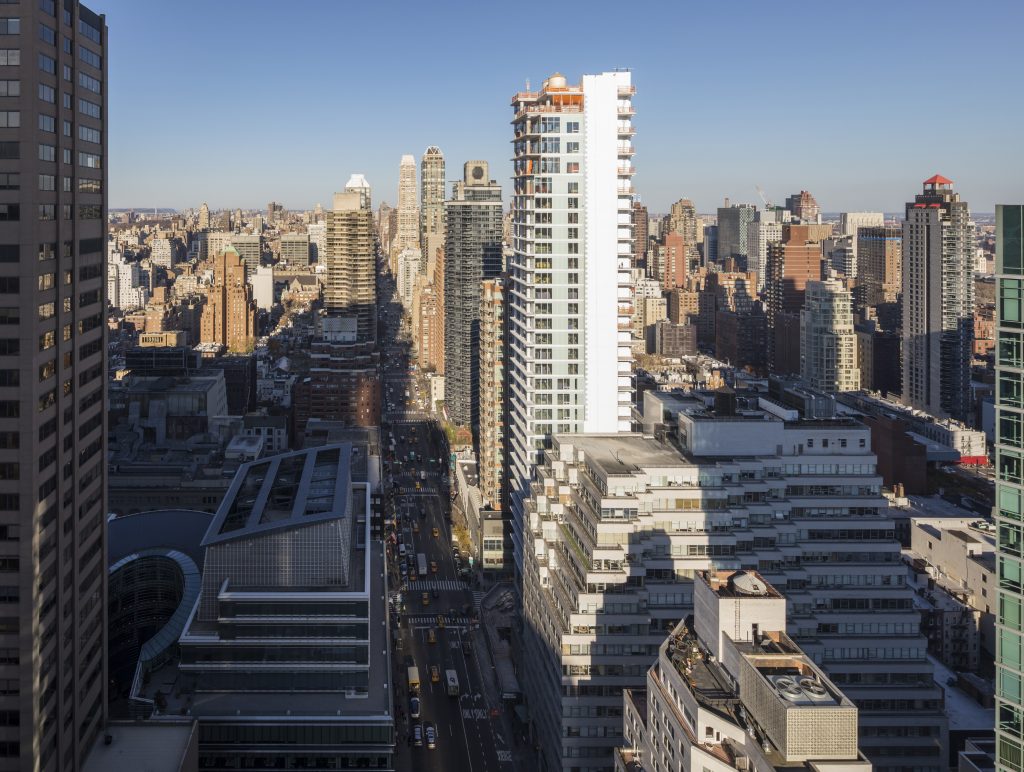 200 East 59th Street’s marketing campaign has capitalized on the expansive balconies that surround each and every residence, and the penthouse level will feature its own staircase connecting the outdoor portions of the unit. Images of rhinoceroses and elephants have been floating alongside giraffes, showcasing just how expansive the ceilings and proportions of the interiors and exteriors will be. 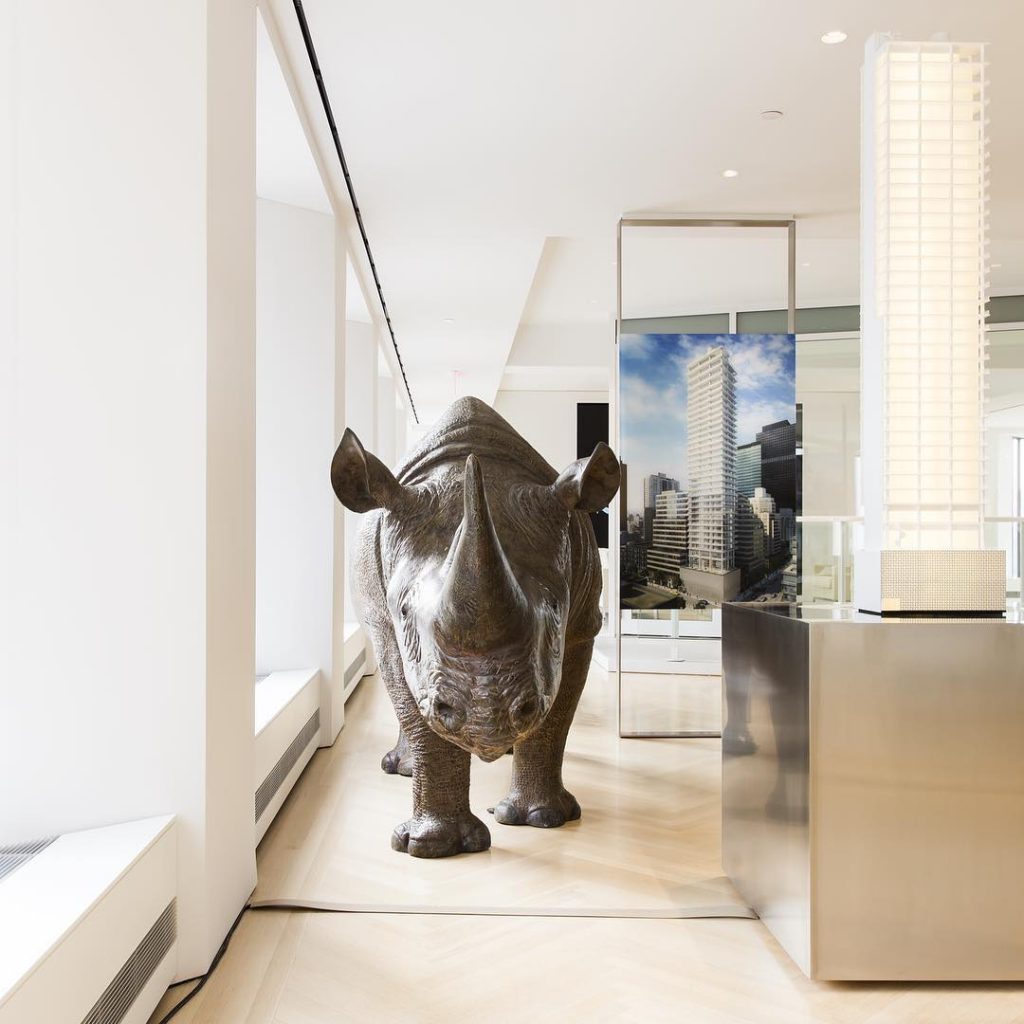 At 490 feet to its rooftop, and with only 35 floors, ceiling heights average 13 to 14 feet per floor, which is impressive, even when compared to the 57th Street supertalls like 432 Park Avenue. 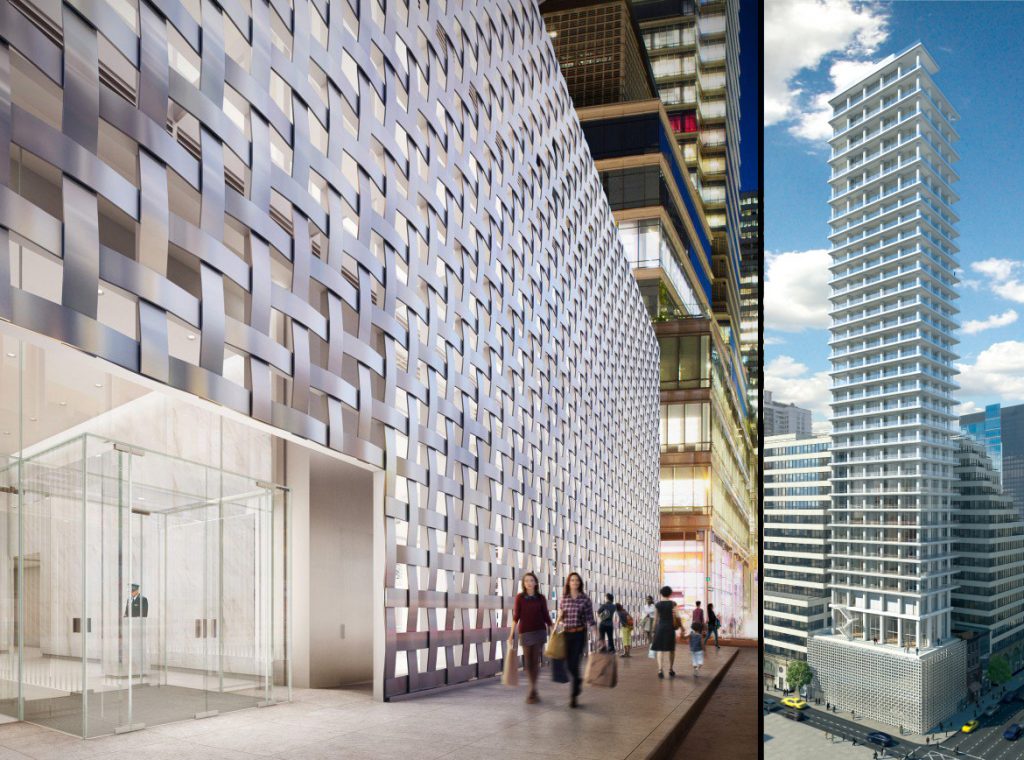 In terms of remaining progress, according to the developer, all windows have now been installed with the exception of those on the southwest corner of floors five through eight, and the portions adjacent to the hoist. As of last week, the tower was fully enclosed, though interior work remains, and the metal basket-weave covering the retail component has yet to be fully unveiled.

Full completion is likely by Spring of next year, 2018.