After our first look at Morris Adjmi’s submission to the Landmark Preservation Commission for 419 Broadway back in October, the SoHo building has been approved following a redesign. The accepted proposal has seen a height reduction, as well as a change to the bulkhead.

The storefront signage will be enlarged, and placed in front of aluminum instead of glass. The change in bulkhead does mean a shorter square-columned parapet will replace the proposed rounded cast-zinc columned parapet. 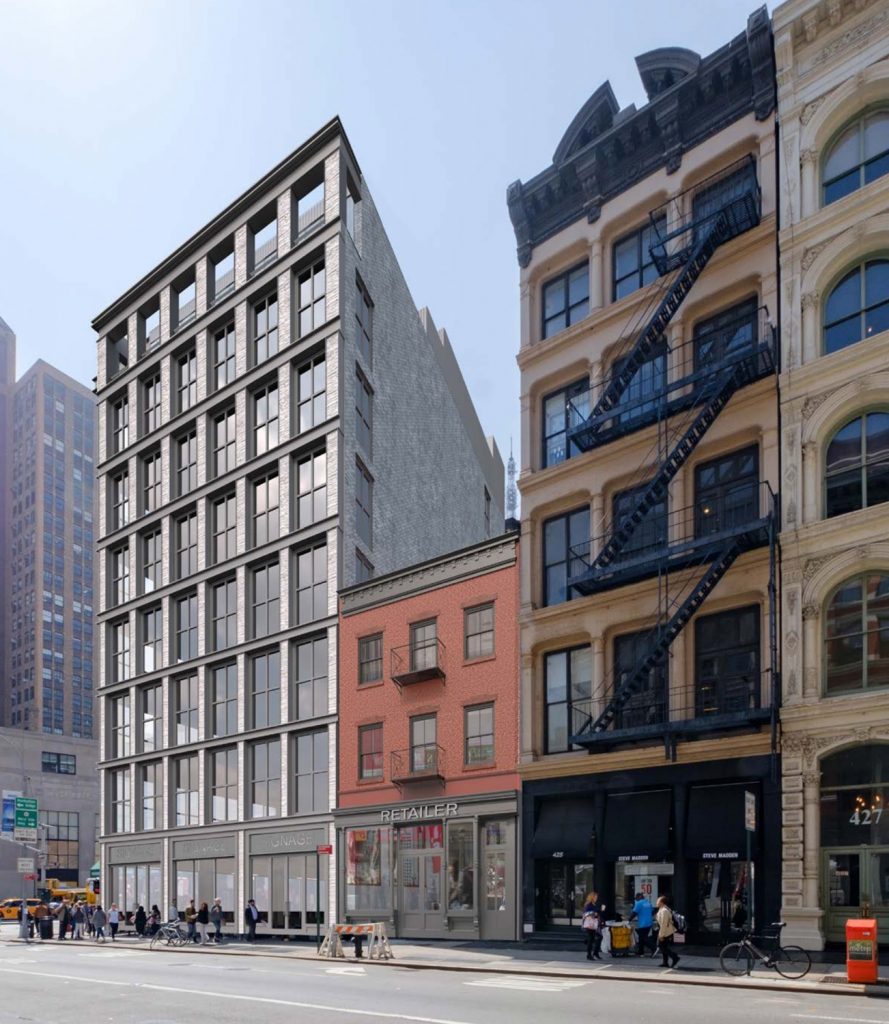 The façade is mostly cast zinc panels and painted aluminum, in addition to the windows. The building rises to a top height of 126 feet. It will continue to be an eight-story building, with about 40,000 square feet, mostly dedicated to commercial office space, and retail on the ground floor. It does not appear as though a community facility component will be included, which had been considered initially. 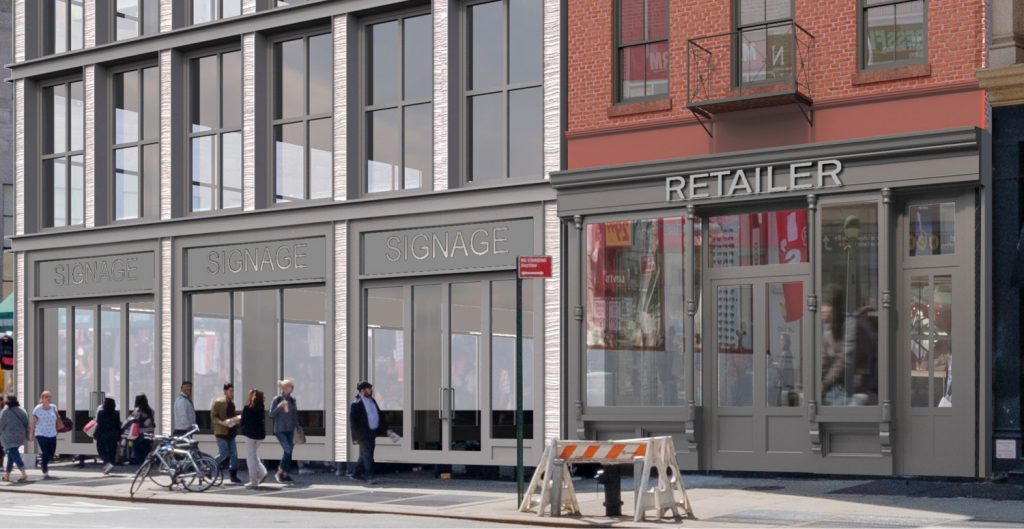 Permits have not yet been filed for the project, but can be expected soon, since the design has now been approved. The estimated completion date has not been announced.