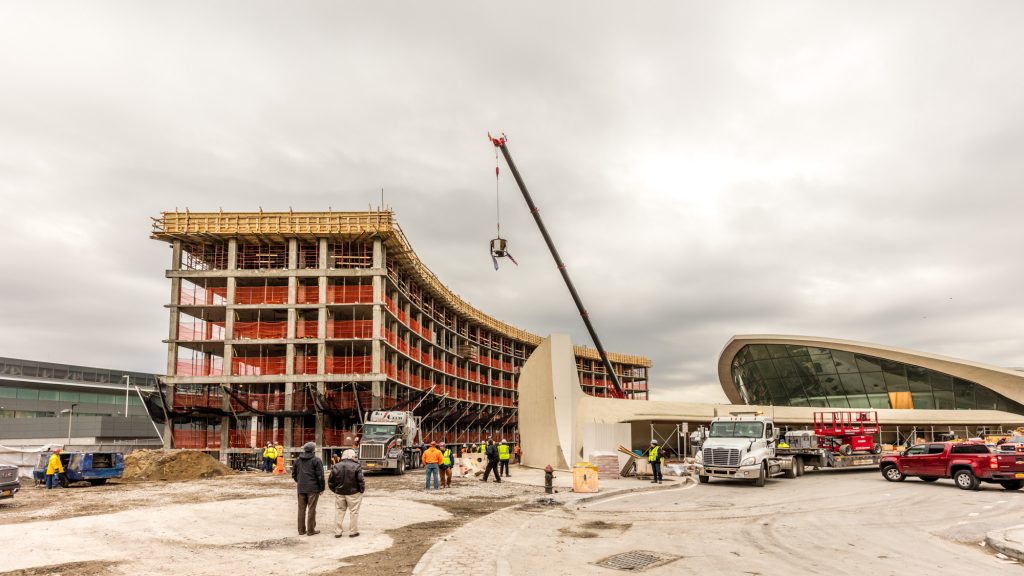 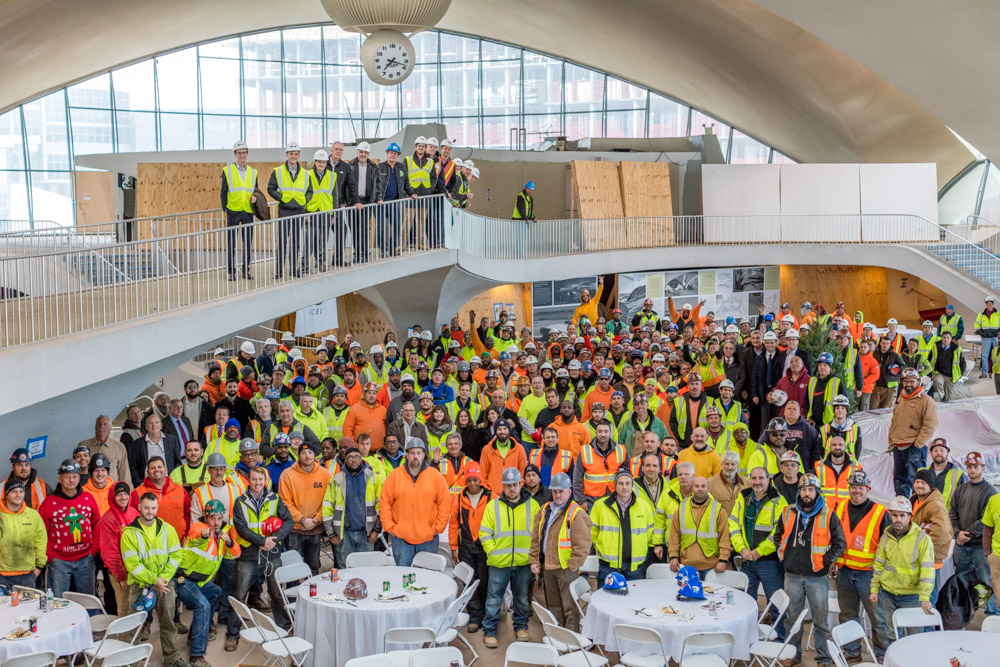 The former air terminal will be repurposed into a crowning jewel of the new 505-key hotel. The building will function as a 200,000 square foot hotel lobby, which might well be the largest of its kind in the world. Exhibition space will also be made, dedicated to the influence of the mid-century Jet age. The historic landmark will be accessible to airport guests by the AirTrain.

“Since the TWA Hotel groundbreaking with Governor Cuomo less than one year ago, our team has been hard at work breathing new life into Eero Saarinen’s TWA Flight Center terminal and developing one of the most iconic hotels in the world,” said Tyler Morse, CEO of MCR and Morse Development. “This topping out brings us one step closer to reviving this treasured landmark and reopening it to the public for generations to come.”

The hotel is expected to be open for guests by early 2019. To see a preview of the design to come, one can visit the TWA lounge space on the 86th floor of One World Trade Center, available by appointment.