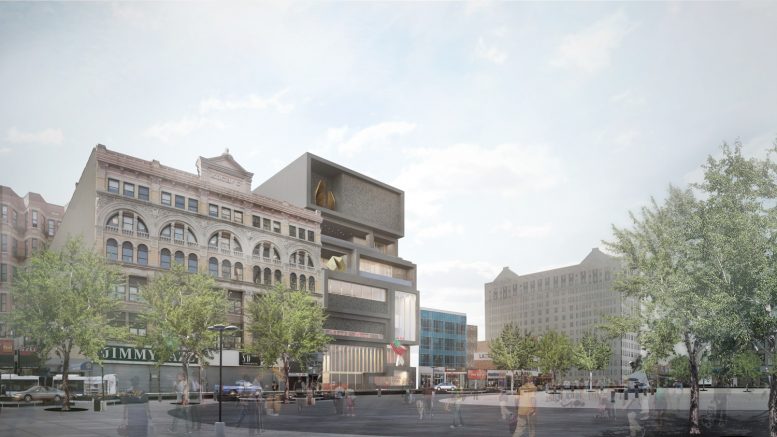 Exterior of Studio Museum in Harlem, design by Adjaye Associates

Permits have been filed for a six-story building at 144 West 125th Street, in Harlem, Manhattan. The new structure will add to the Studio Museum in Harlem, an international center for contemporary artists of African descent. In September the institution announced a $175 million capital campaign to help fund construction, and the development will be a private-public initiative in partnership with the City of New York. 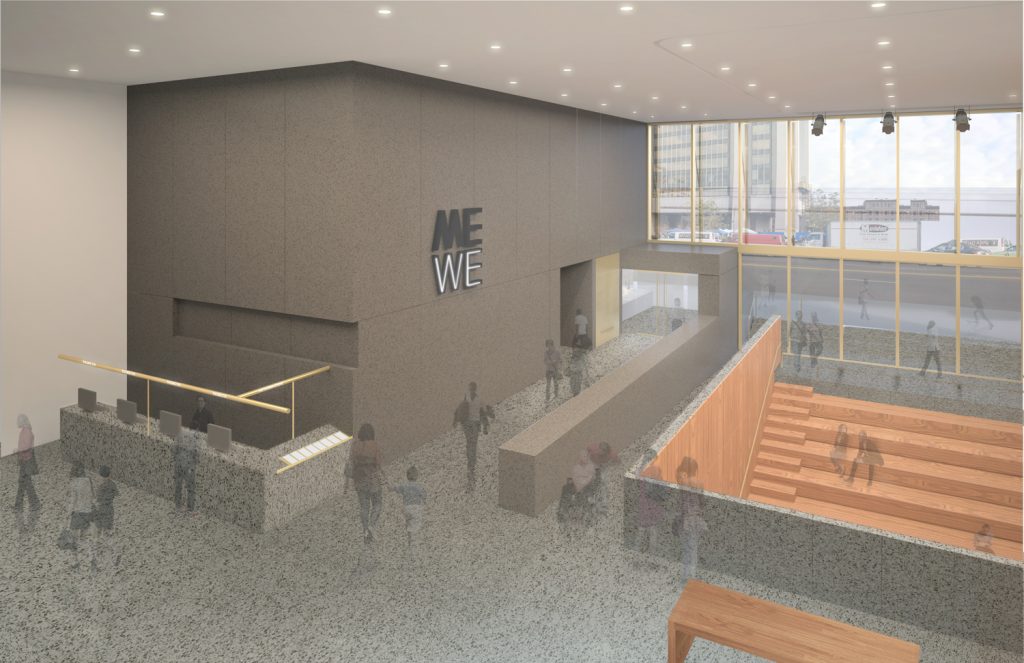 Lobby in Studio Museum in Harlem, design by Adjaye Associates

The new structure will replace the existing building, a century-old commercial site adapted for museum use in the 1980’s. It will rise to a height of 122 feet, and yield 83,820 square feet for the community facility. 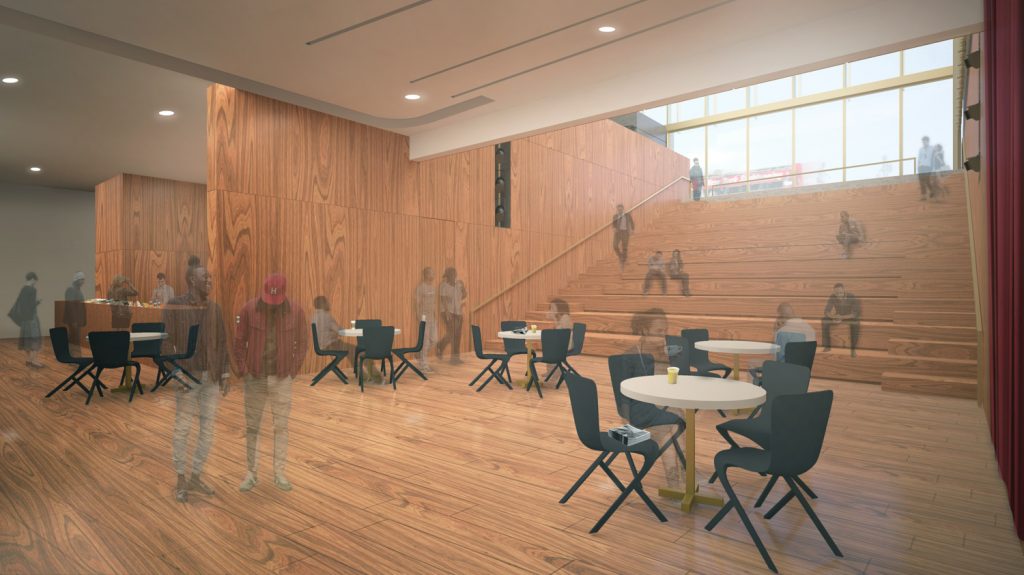 Hall in Studio Museum in Harlem, design by Adjaye Associates

The permit specifies a large auditorium built into the ground floor and cellar, as well as storage space for art, galleries on floors two through six, office space, and a rooftop terrace crowning the new center. Space for exhibition and their artist residency program will more than double. Their indoor and outdoor public space, which includes space for educational programs, will grow by nearly 70 percent. 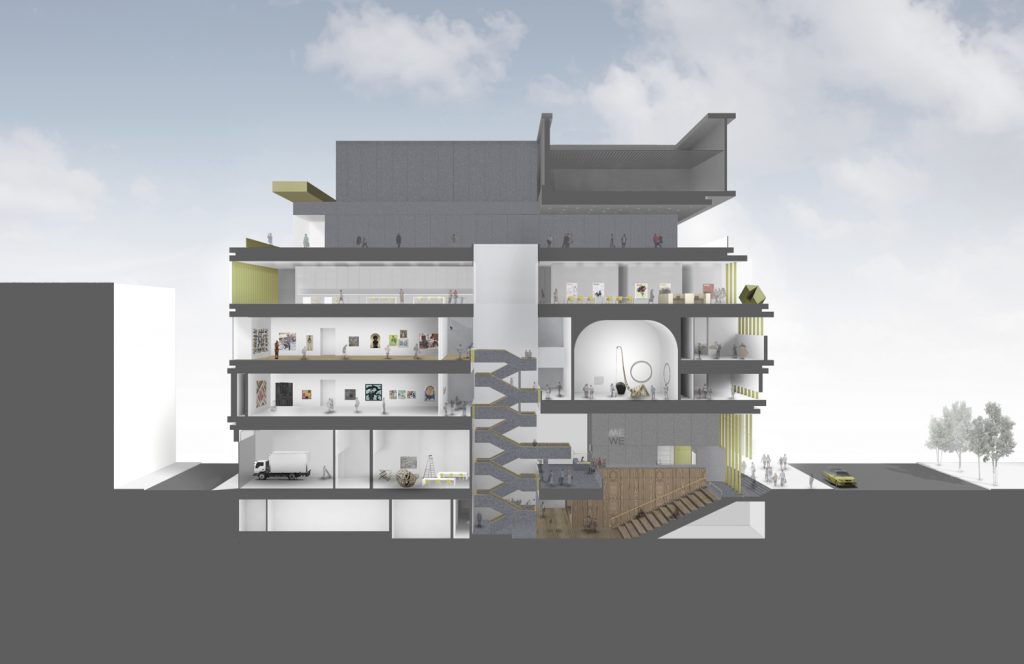 The renowned Adjaye Associates is the design architect, and Cooper Robertson is the executive architect. They hope to receive the LEED Silver certification from the U.S. Green Building Council. The design takes influence from the neighborhood’s brownstone buildings, nearby churches, and the lively neighborhood’s sidewalks. An exterior precast concrete frame with polished expressed black aggregate infill panels, brass, and terrazzo will be used for the façade and interiors. 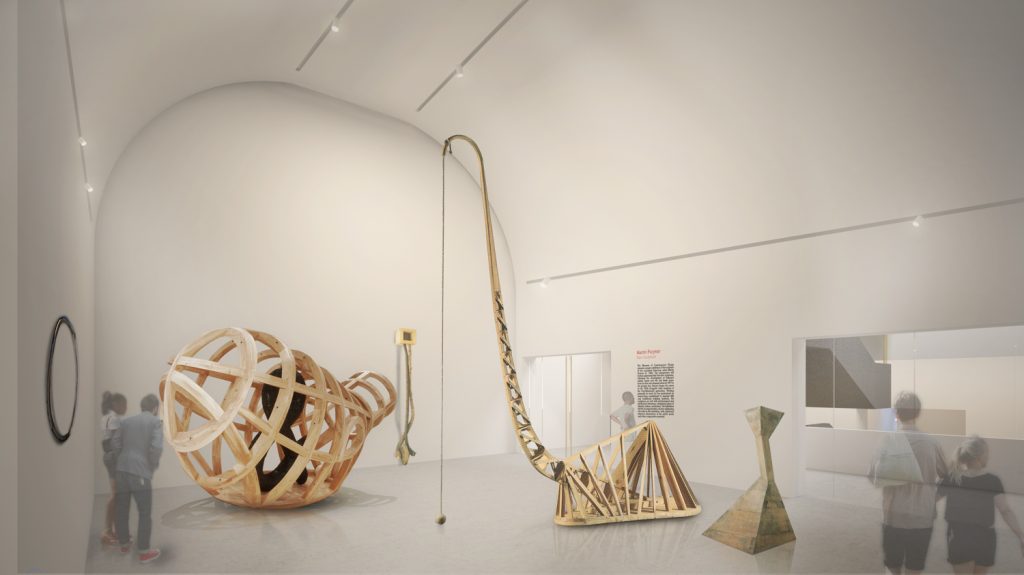 Gallery in Studio Museum in Harlem, design by Adjaye Associates

The project was announced in 2015, groundbreaking is anticipated by late fall of 2018, and they expect completion by 2021. 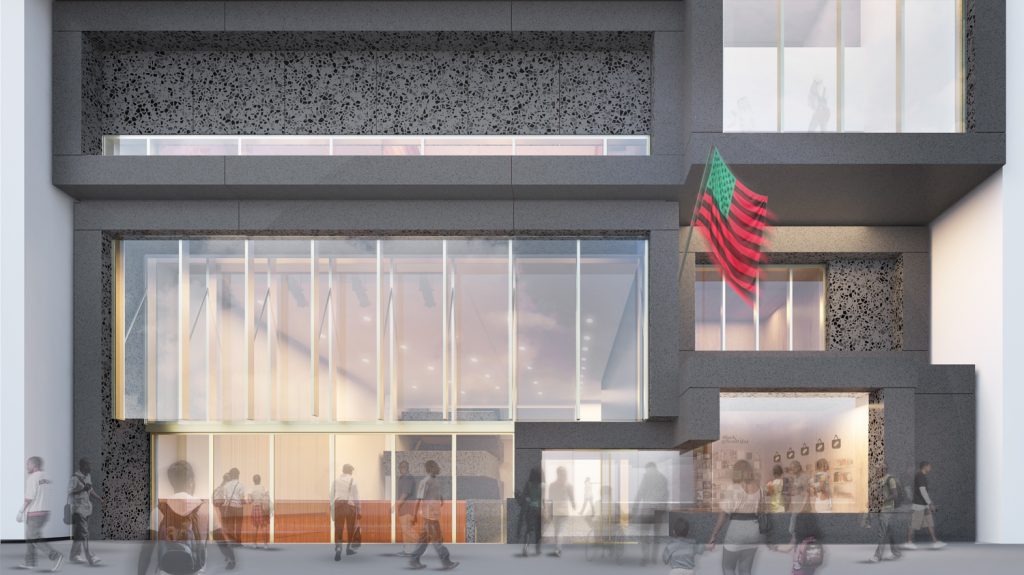 Corrections: The previous article incorrectly named the museum “Studio Museum of Harlem.” Executive Architect Cooper Robertson had not been mentioned before.