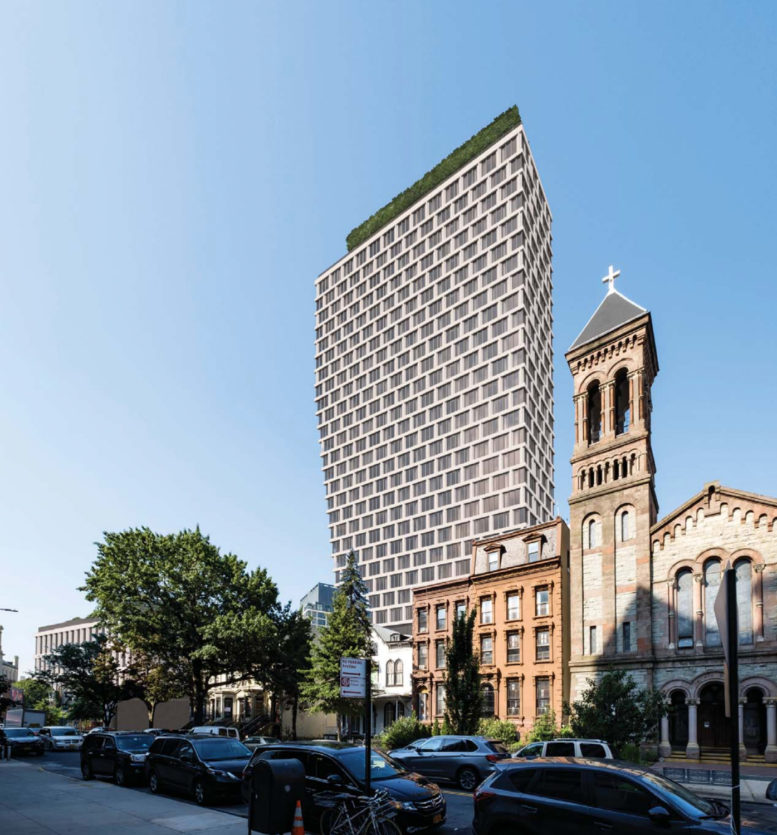 Recent new development in Downtown Brooklyn has been on a historic scale, having been ranked among the most significant growth spurts for a single neighborhood in the city’s history. Plans to build a 29-story residential tower at 550 Clinton Avenue in Clinton Hill will spread the boom slightly further out. YIMBY reported on the design in January of this year when it was first proposed to the Landmark Preservation Commission (LPC). After receiving feedback, its architect Morris Adjmi is returning to the LPC with what may be the final design.

The 312-foot tall building will bring 34,260 square feet for commercial-retail use, and 202,040 square feet for residential use. The as-of-right space allowed by zoning is 96,920 square feet, which is why the developers purchased 70,000 square feet from a neighboring community facility, the Church of Saint Luke & Saint Matthews. 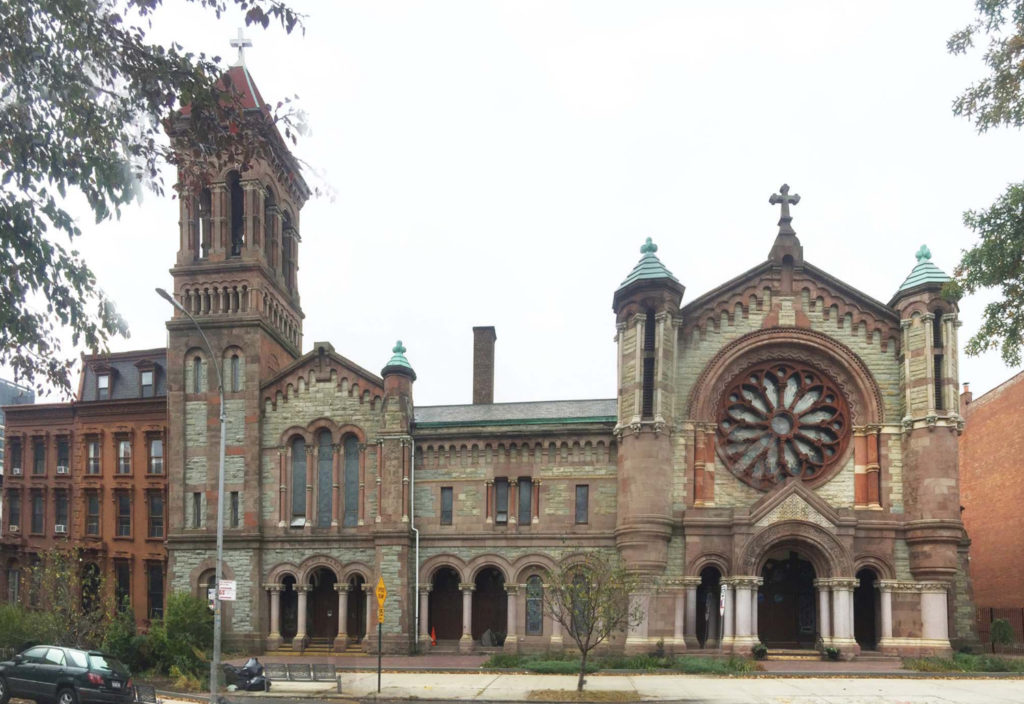 Following comments from the commissioner, the development will now include a more extensive restoration of the church. Changes to the new tower’s façade are also significant. Most noticeable is that the precast concrete will be whiter. The windows will also be darker, increasing the contrast to the concrete edifice. The most significant change is with the building’s cantilevered slope, which will rise nearly twice as high without increasing the distance it rises over, making the angle less noticeable.

As described by Adjmi to YIMBY, “There is a more extensive restoration program for the church and we modified the design of the tower in response to the commissioners’ comments.” 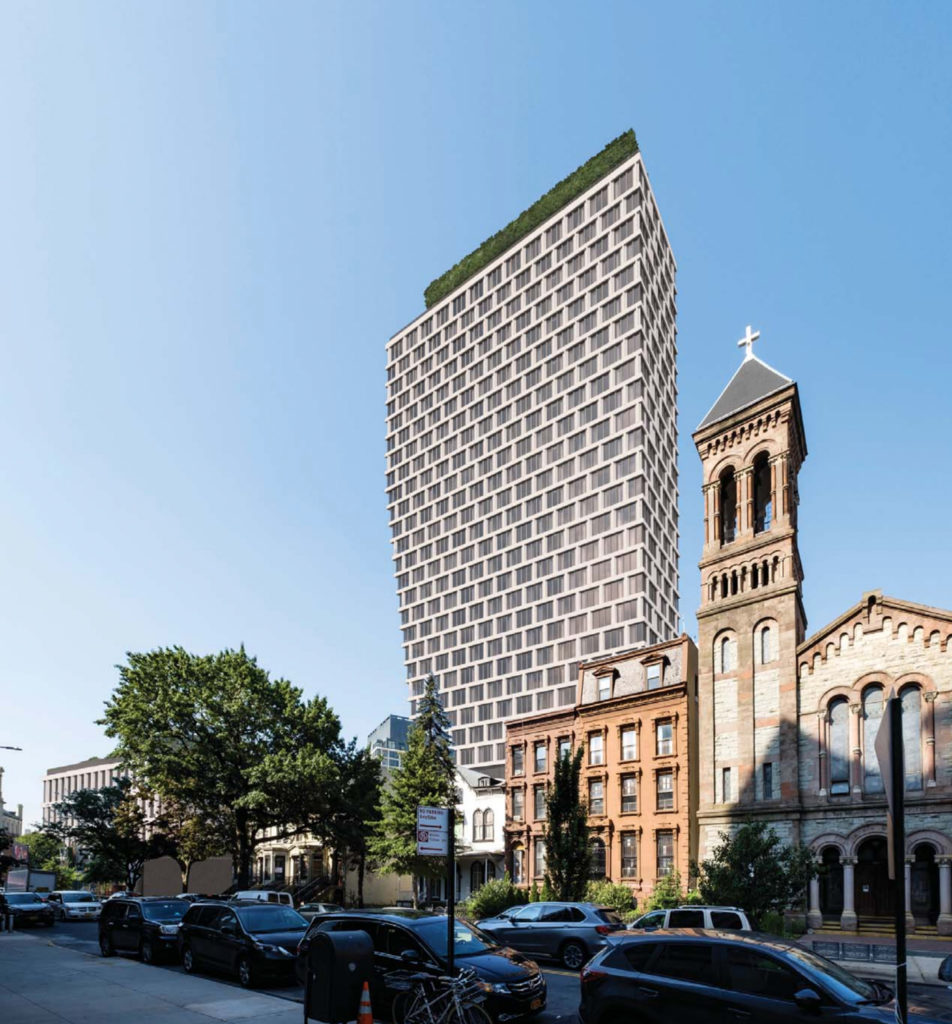 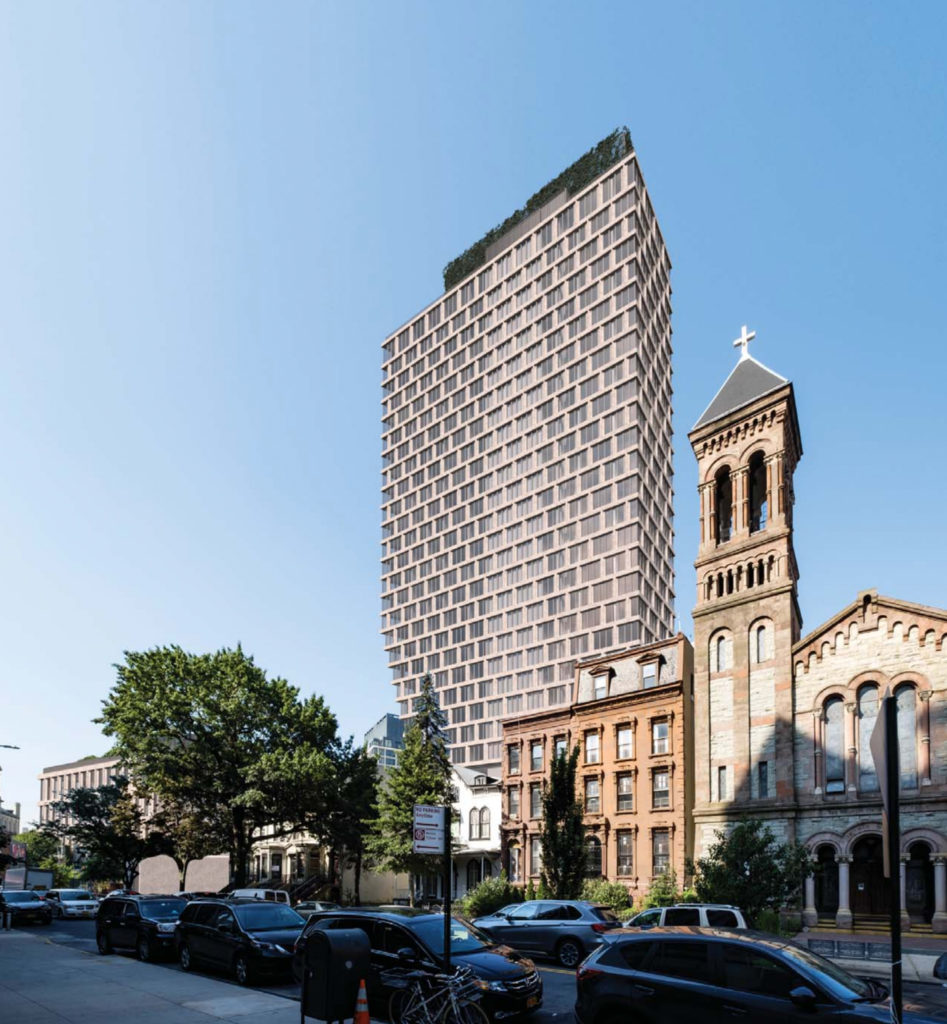 Li Salzman Architects, who specialize in preservation, have collaborated with Adjmi for the project. The site is a few blocks west of the Barclays Center subway intersection, providing access to nearly every significant subway line in the city. 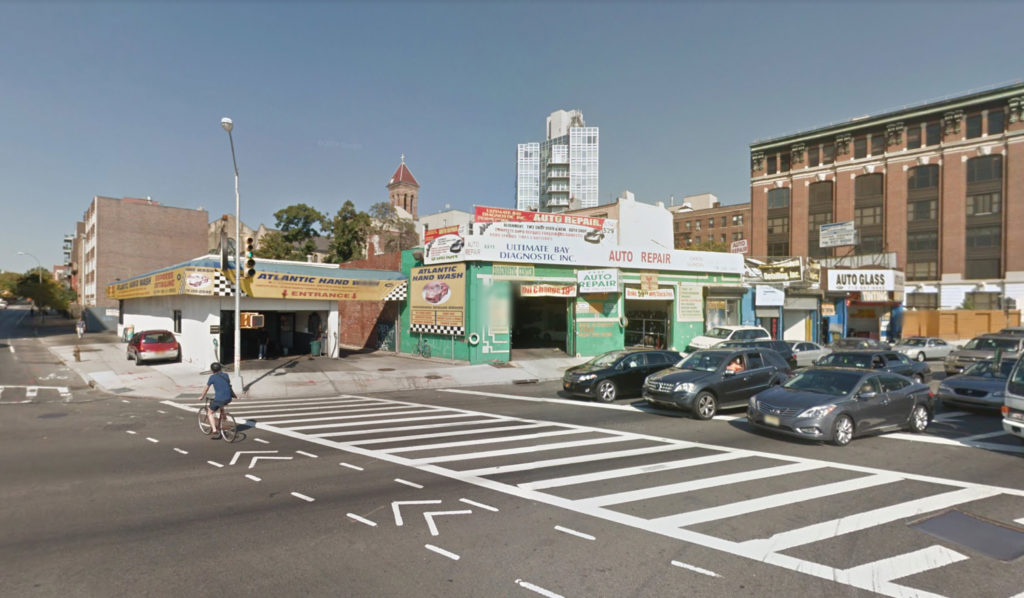