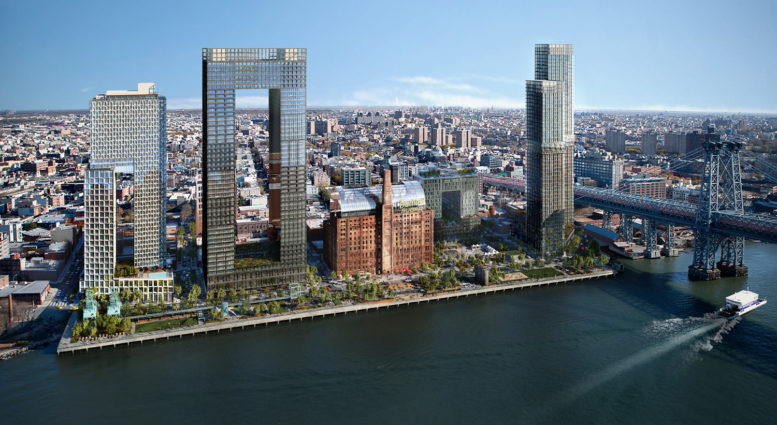 In less than eight weeks, the Domino Sugar Factory’s  redevelopment is expected to open up six acres of landscaped public space on 1,200 feet of the Williamsburg waterfront. Two Trees Management is developing the land, immediately north of the Williamsburg Bridge. The master plan includes square-arch motifs in three of the four new buildings, indicative of this project’s relationship with the bridge as the gateway to North Brooklyn. The public space has been designed by James Corner Field Operations, who also designed the new High Line Park. 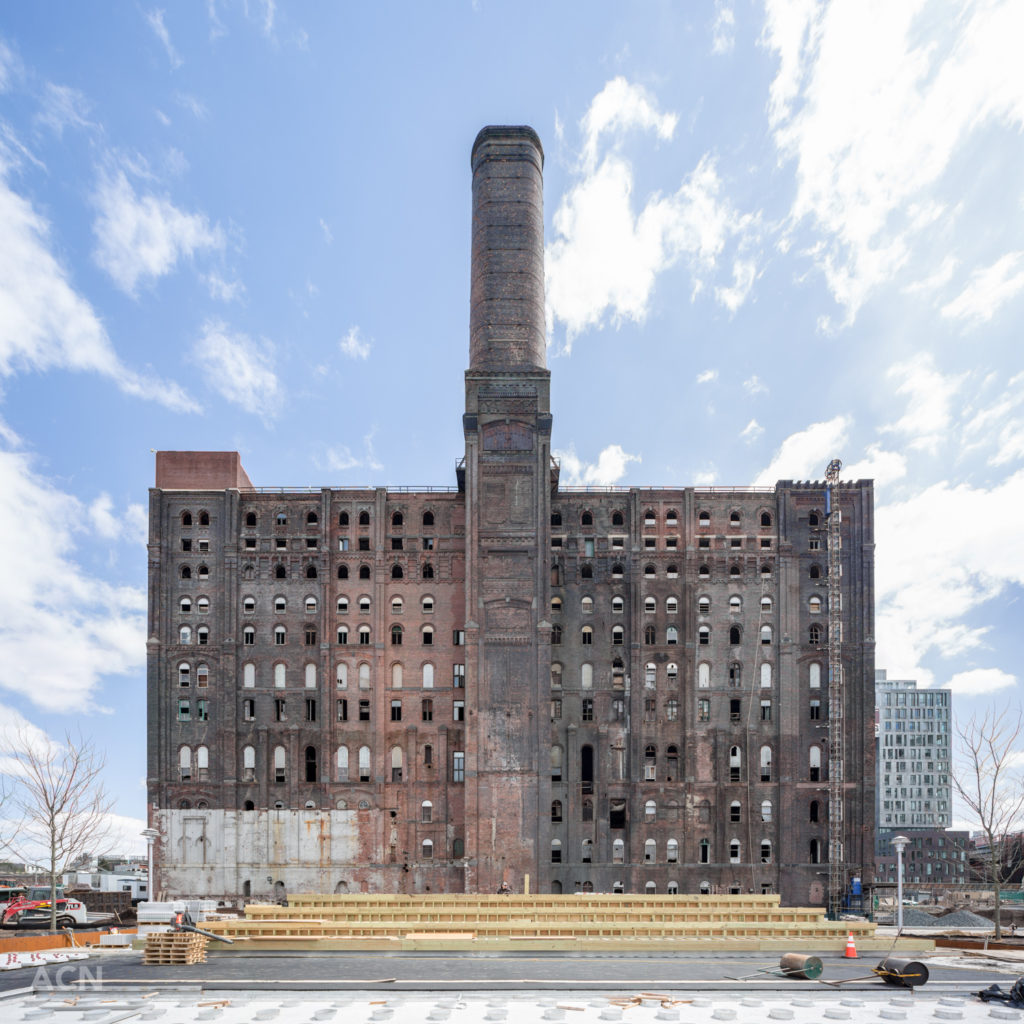 SHoP Architects are responsible for the 3,300,000 square foot master plan, which will create 2,100 market-rate rental apartments, and 700 affordable units for low-income people. 600,000 square feet of office space will be included, as well as 200,000 square feet of retail. PAU is leading the refinery’s design. Completion is expected in the early 2020’s. 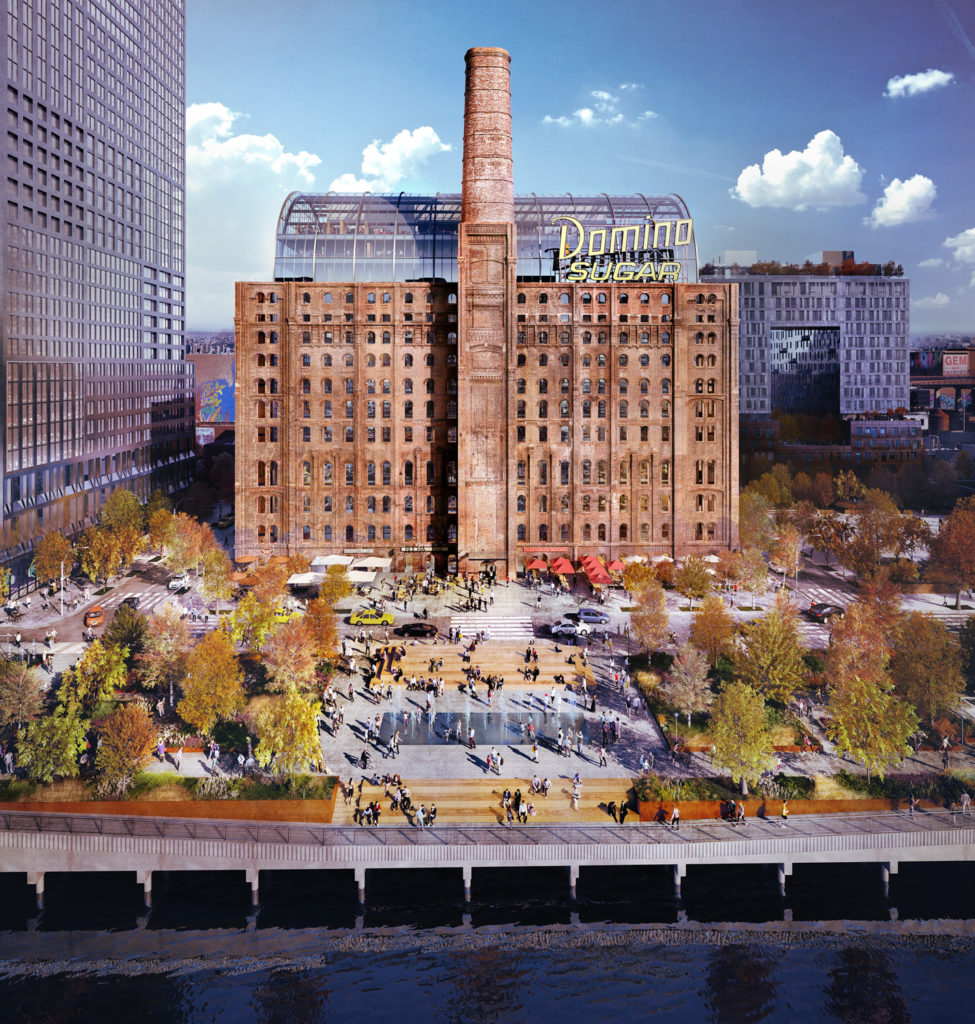 The construction of the COOKFOX-designed 260 Kent Avenue on the northern end of the site has also started making noticeable progress. Once complete, it will be the second residential building to open in the development, the first being the SHoP Architects-designed 325 Kent Avenue. The site’s crane was recently installed, and foundational work is progressing. All this indicates that the structure is getting ready to go vertical in the very near future. Once complete, the 42-story building will create 330 apartments. 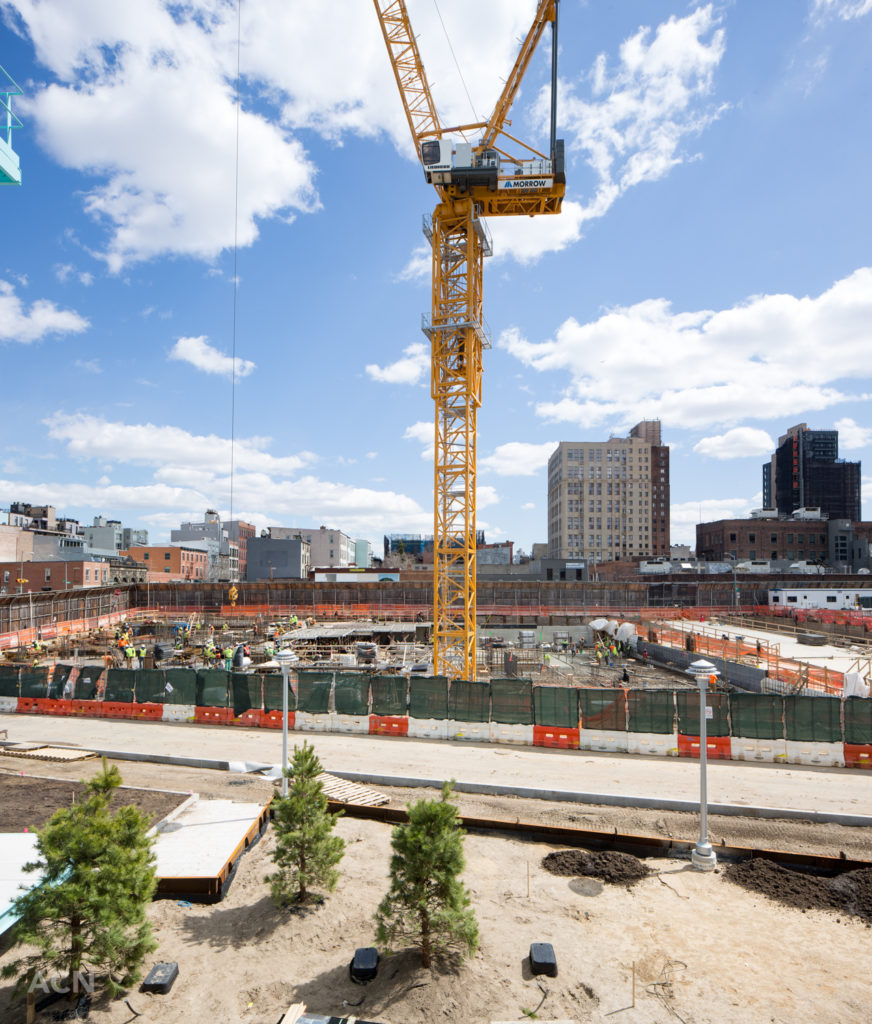 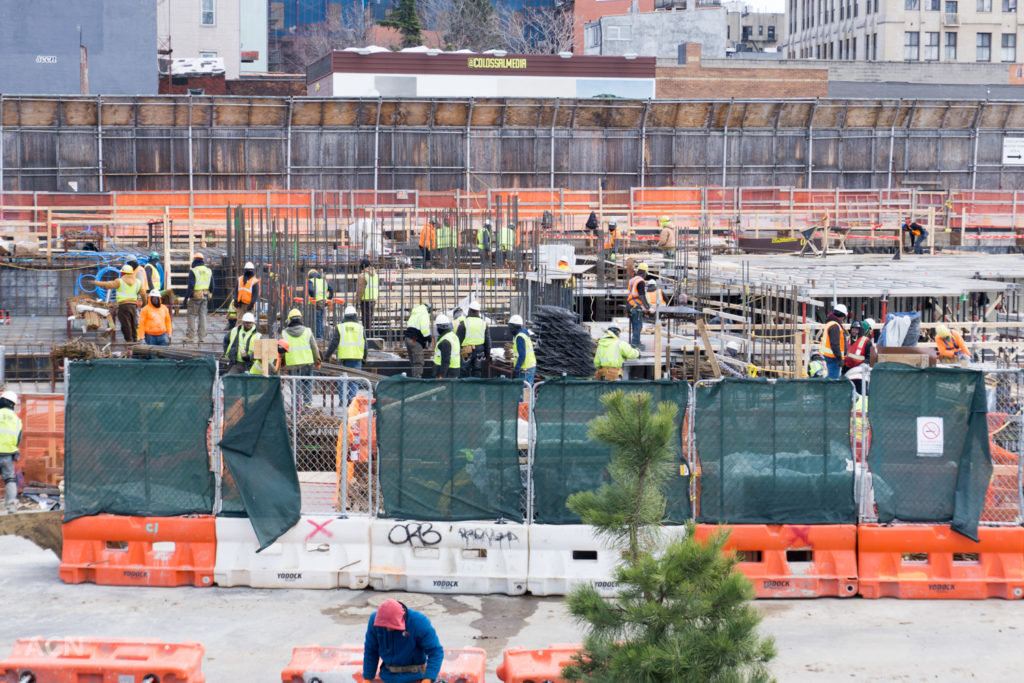 The green space is opening for public use well before completion of the sugar factory offices and the three residential buildings. This was done to fulfill a commitment Two Trees made to the community, highlighting the team’s commitment to integrate the new high-rise development with the extant neighborhood. A Two Trees representative, in response to a question regarding the decision to have rental units, stated that “Condos finish after the first sale. Rental units require a long-term commitment to the neighborhood to maintain the value of the property.”

This assurance is in large part why the developers decided to make the park as usable and accommodating as possible while acknowledging the site’s history.

The Domino Park will be bordered by a privately-funded road named River Street, which will be open to cars and bicycles as soon as eight weeks from now. It is expected to see light traffic, minimizing the impact on the flow of the area. 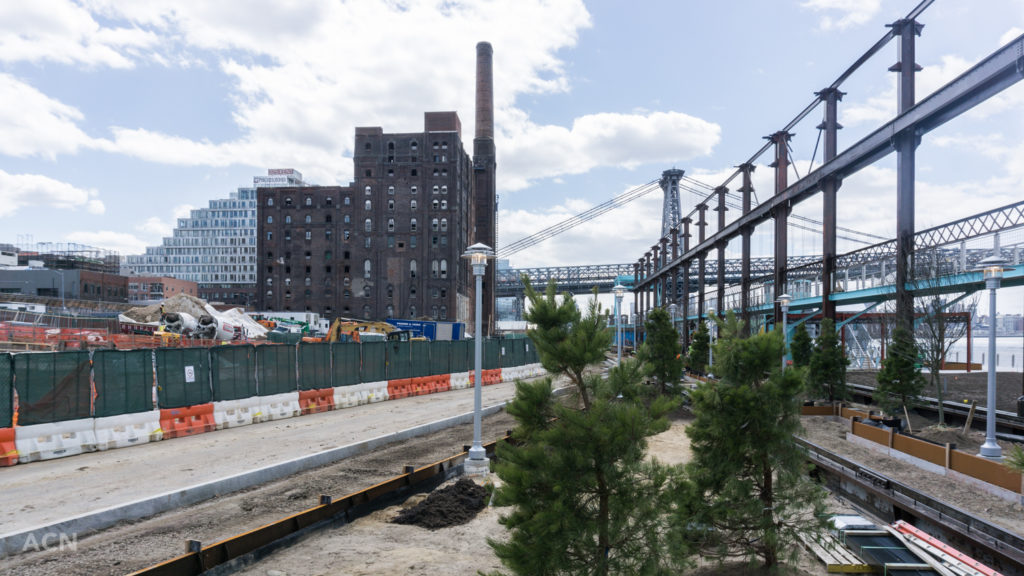 Starting from the southern end, visitors to the 260,000 square-foot landscaped space will walk through a Japanese Pine garden, which will lead them to an 80-100 person picnic area and the Artifact Walk, a functional outdoor gallery referencing the sugar factory’s history as a refinery satisfying international demand from 1856 to 2004. 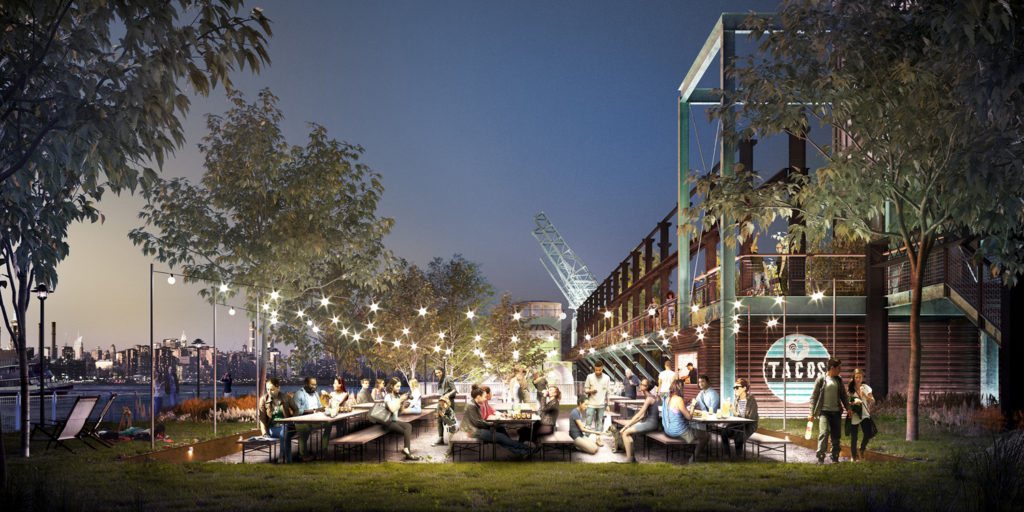