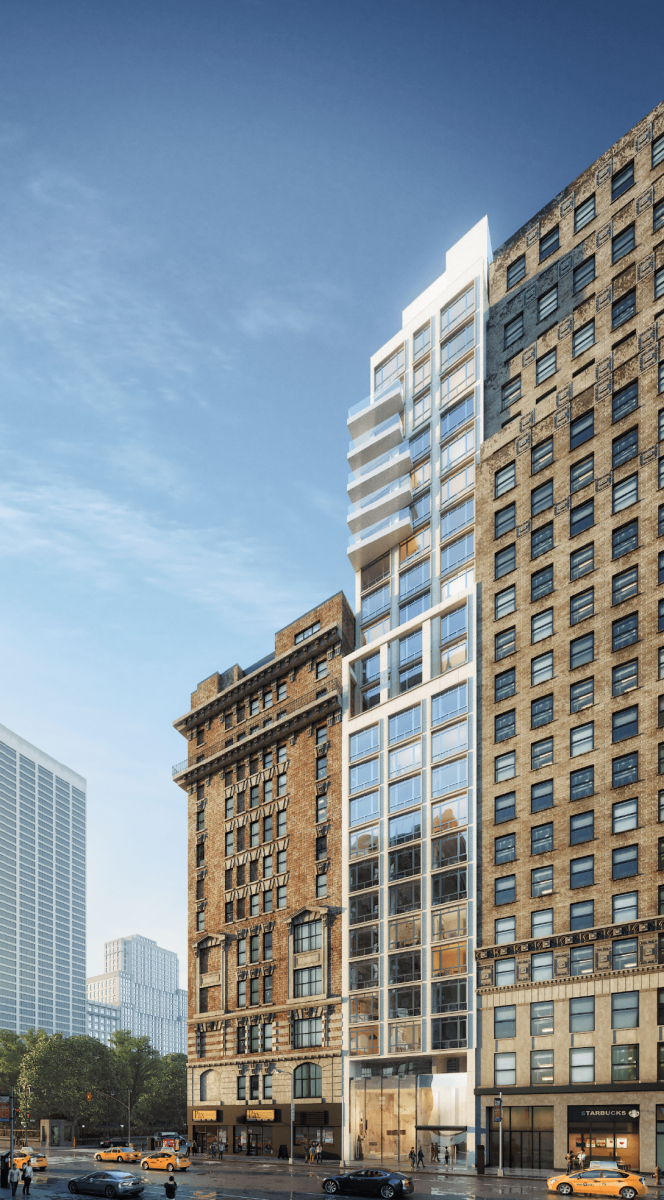 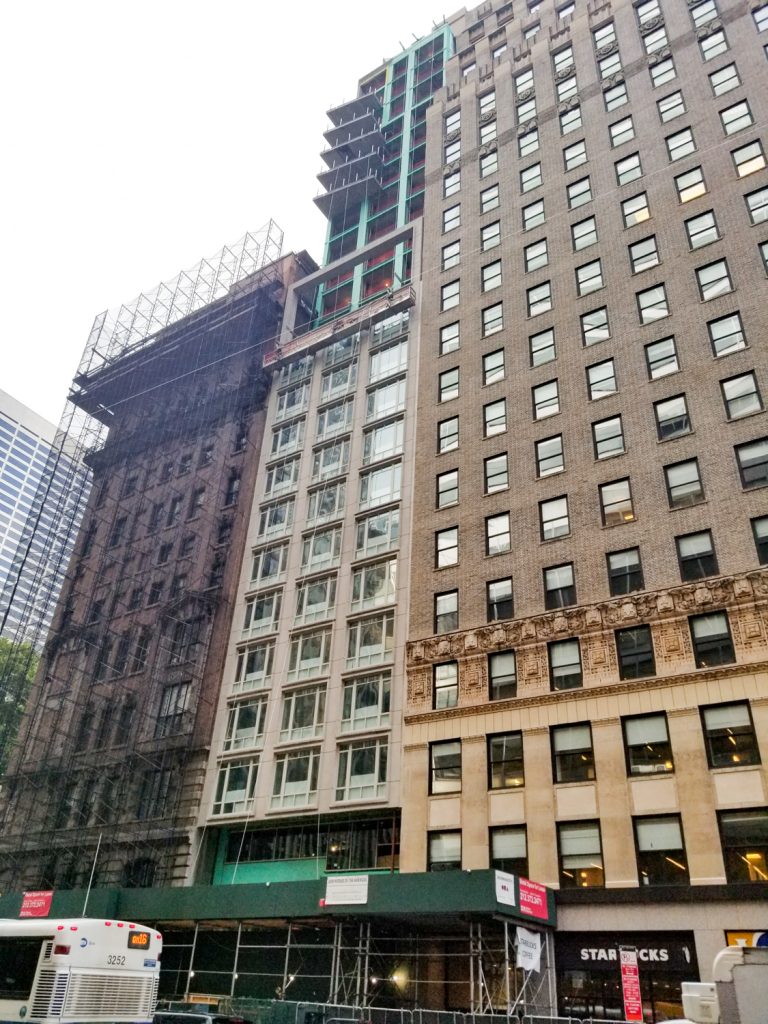 The sidewalk signage for ML House has been installed this week, marking the release of their teaser website. The building was given the name ML because it is the Roman numeration for 1050. The new rendering on site reveals two alterations to the design. The fitness center with views of Sixth Avenue appears to have been repositioned, and two columns have been added to the framed view of the mid-structure outdoor space. 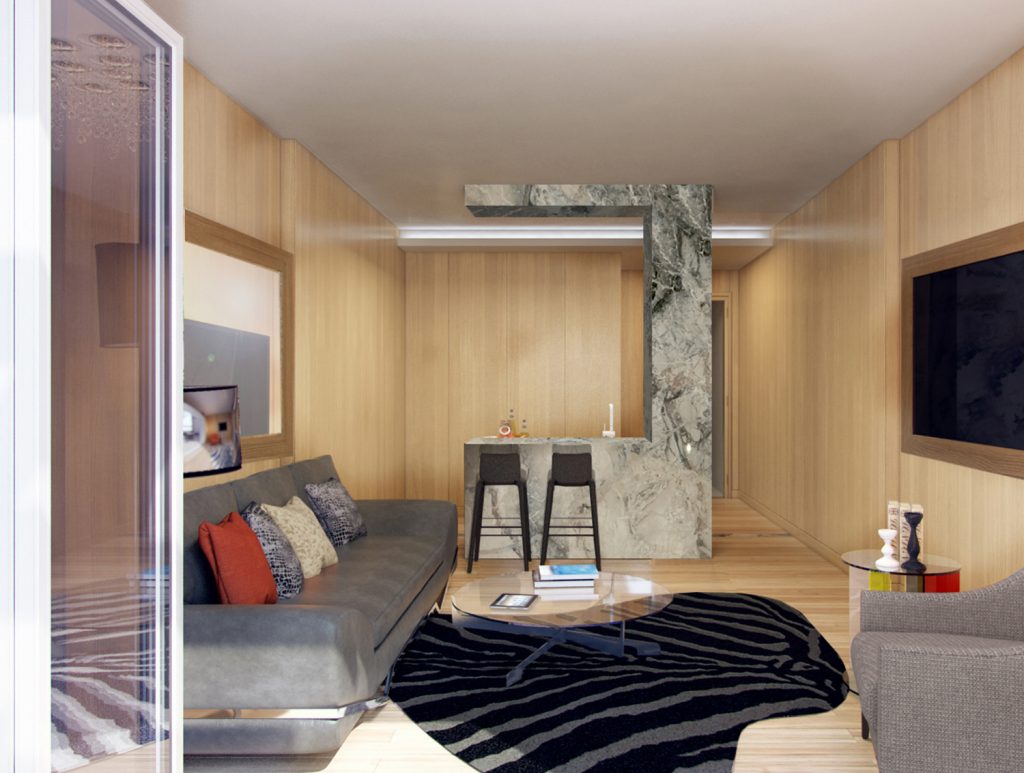 The 261-foot tall structure yields 62,880 square feet of residential space. 62 apartments will be created, averaging 1,014 square feet apiece. Sizes of apartments range from studio to three-bedrooms. Despite the large floor plates, units are being sold as rentals. 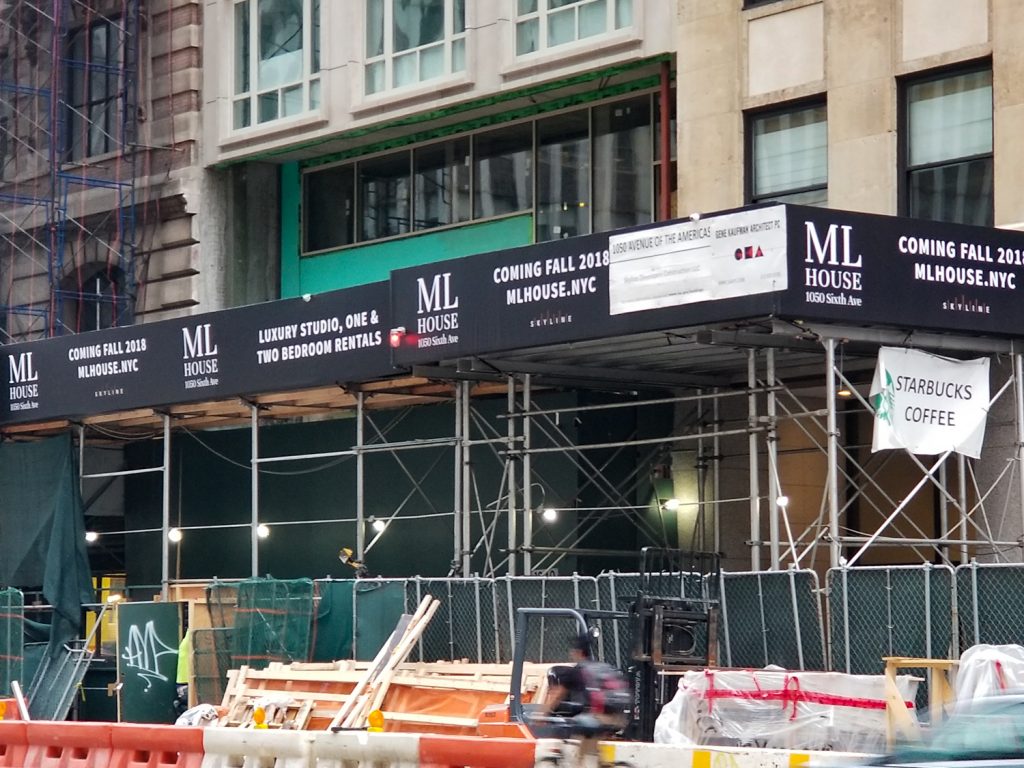 The prolific Gene Kaufman Architect is responsible for the design, a departure from his usually bland hotel buildings. The fiber-reinforced concrete and large windows resemble the style of starchitect Robert A.M. Stern, with the exception of the five asymmetrical terraces on the top floors. 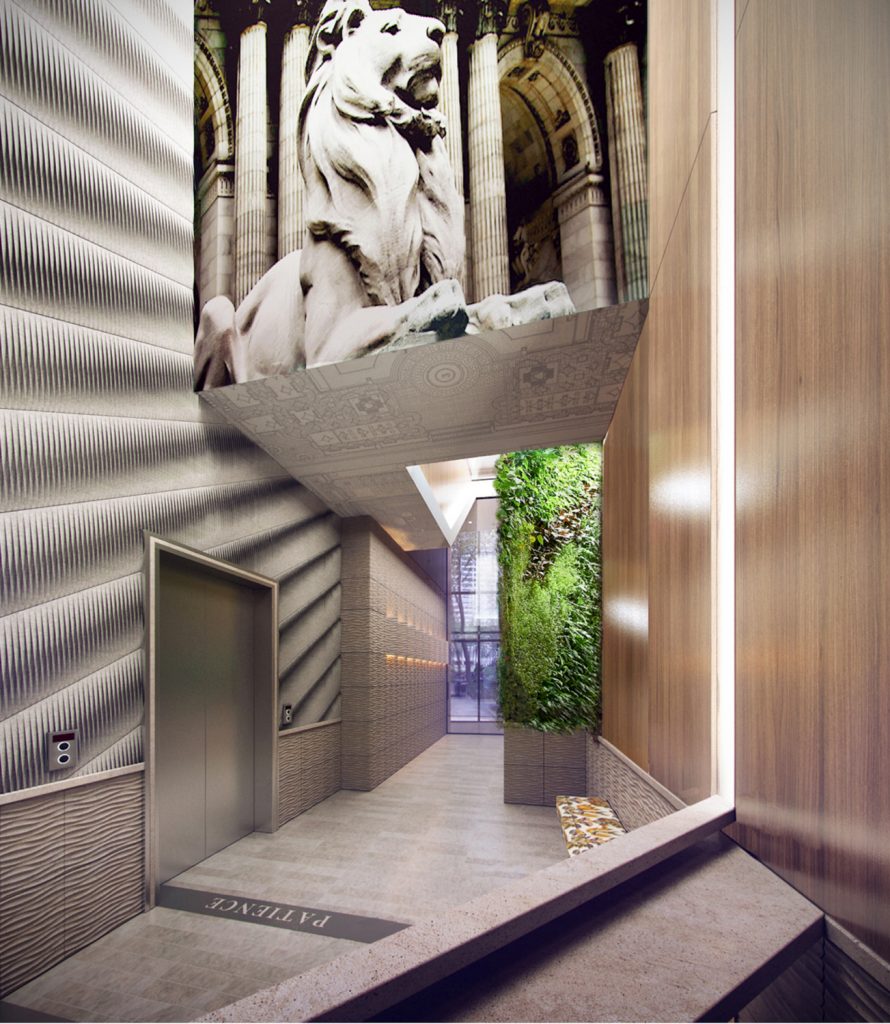 Interiors for the building offer a familiar minimalist touch, with flairs of natural stone among blonde wood. Amenities include a fitness center, lounge, and a second-floor terrace. 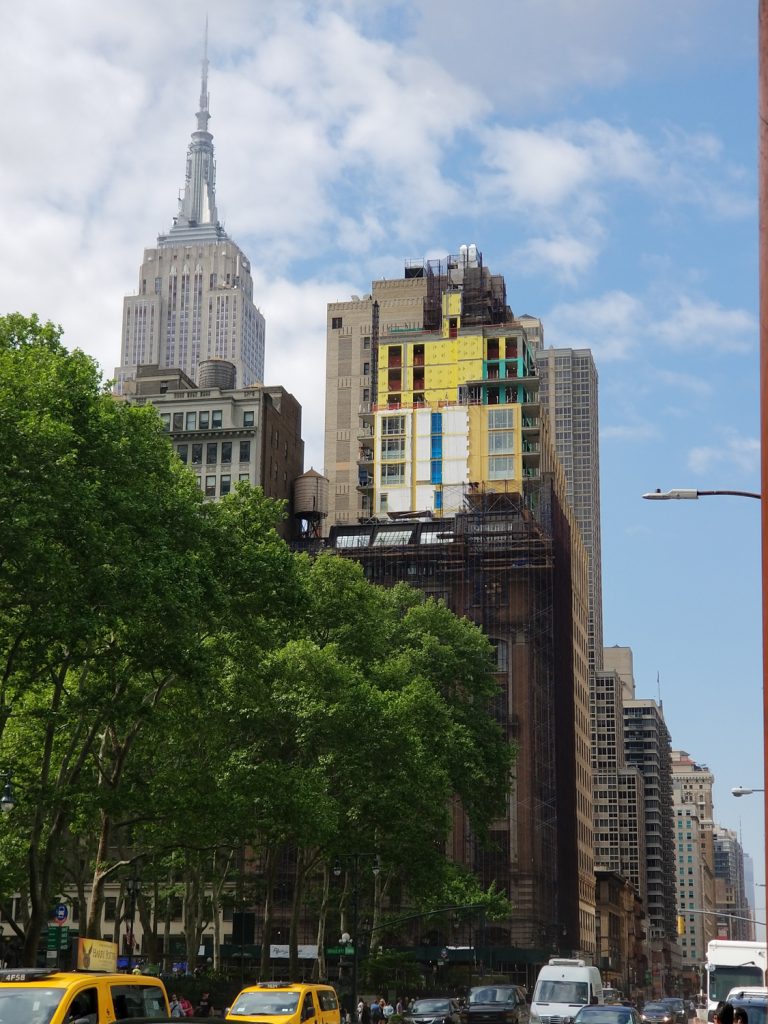 Leasing and marketing will start in Fall of 2018, with completion expected by the end of the year.