Development is underway for a new high-rise in Brooklyn Heights. It has been less than a year since the old Brooklyn Heights branch of the Brooklyn Public Library (BPL) was demolished, at 280 Cadman Plaza West. Work has progressed swiftly since, and thanks to images from Tectonic, we can confirm the new skyscraper has reached its second floor, with foundation work now apparently complete. 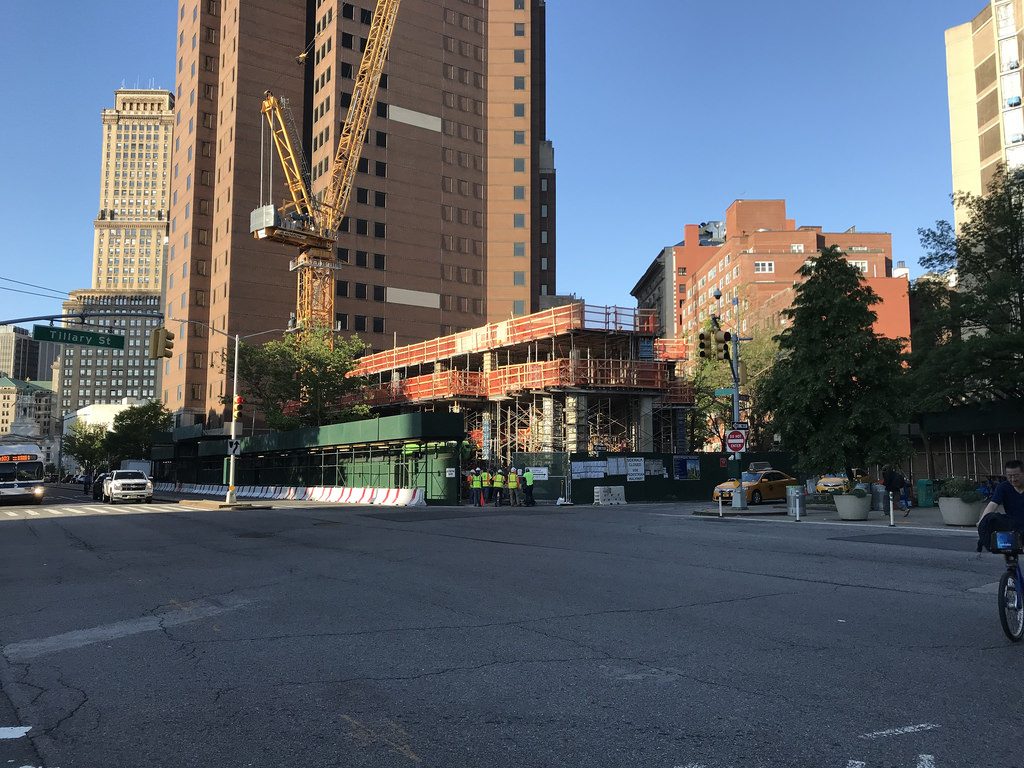 The development was made possible after Hudson Companies purchased the city building for $52 million. Public officials claim that money will be used to fix the rest of the BPL’s buildings, which have been systematically neglected and now require an estimated $100 million for repairs. 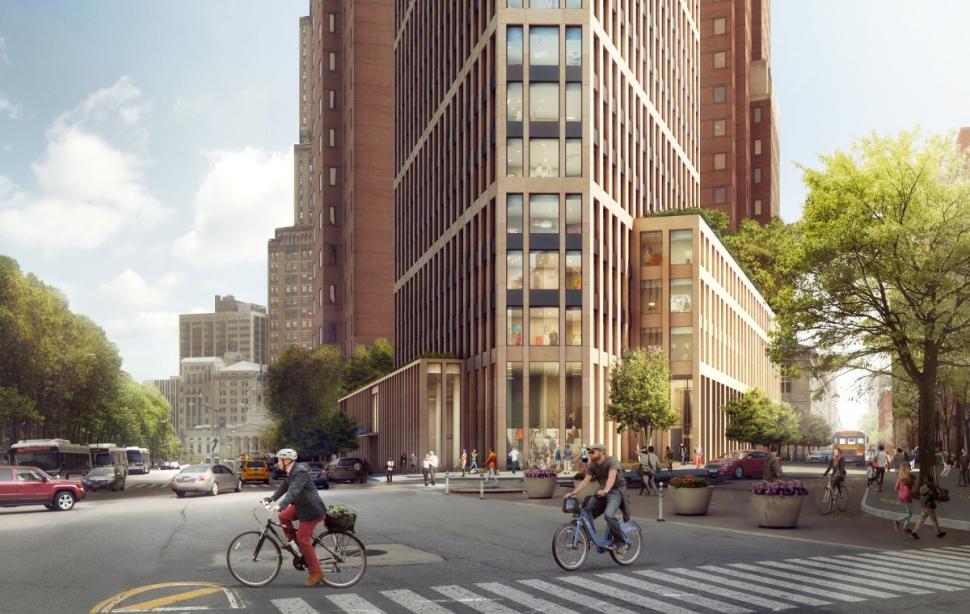 Once finished, the building will rise 409 feet above the streets below and yield 294,770 square feet of space within. A 26,620 square foot library will be included in the base to replace the prior structure. 930 square feet will be occupied by a retail space, which is expected to become a café.

Above the library, 134 condominiums will be created, ranging in size from one to four-bedroom units. Amenities will include a screening room, fitness center, storage, and a 52-car garage. 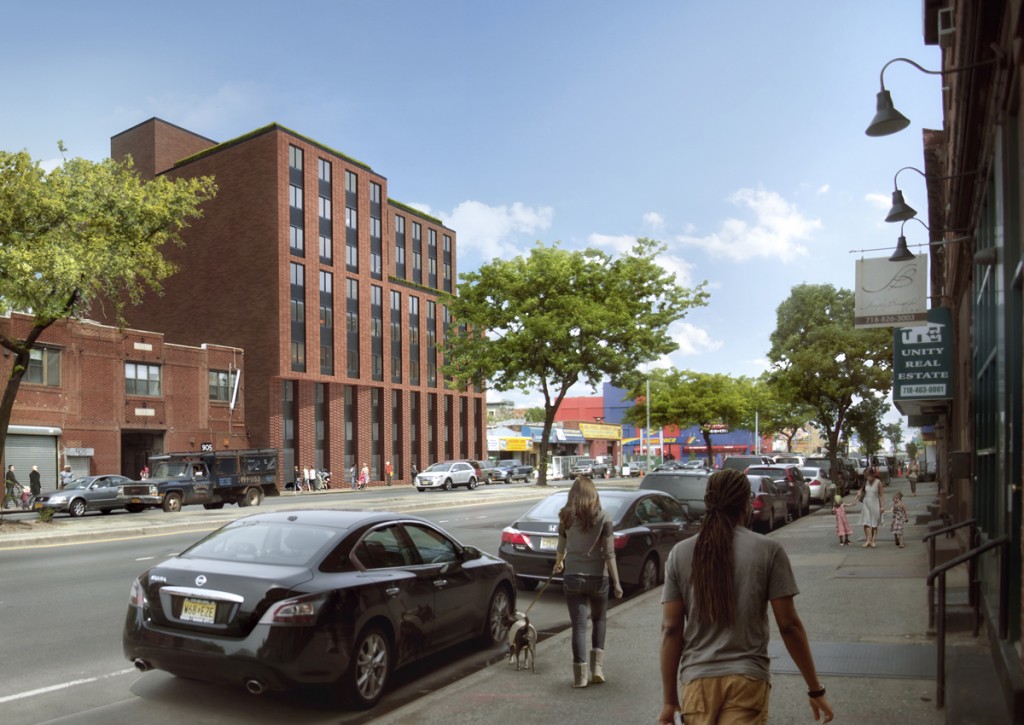 Two affordable housing structures will be created nearby as part of the development. These buildings will be located at 1043 Fulton Street and 907 Atlantic Avenue, in Clinton Hill. The developer promises that they will be privately financed, avoiding public subsidies. 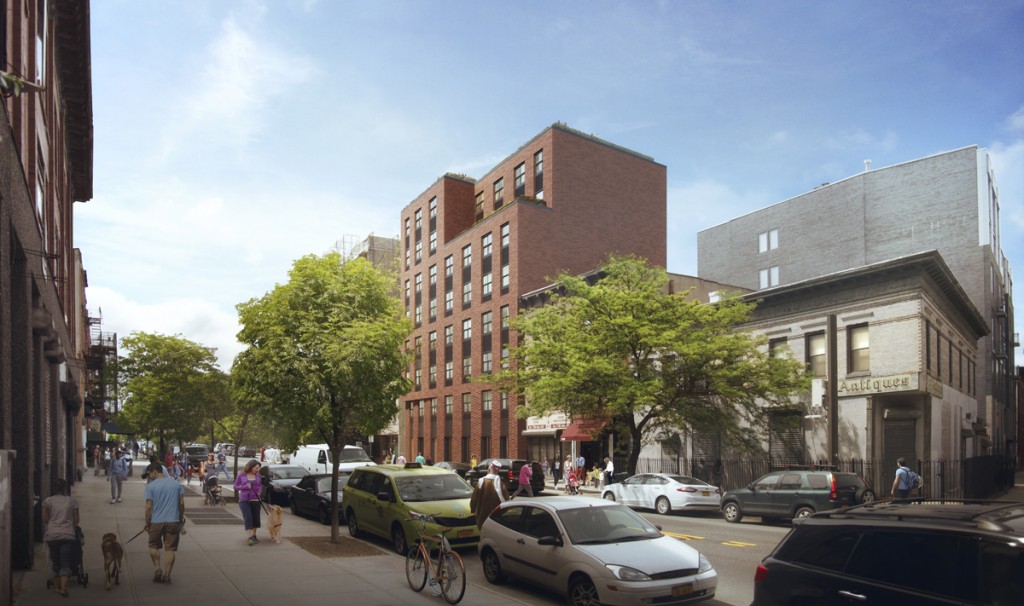 Marvel Architects is responsible for designing all three buildings.

The library has been relocated to 109 Remsen Street for the duration of construction. The new building is expected to open by the spring of 2020.

The Axel Wraps Up Construction at 550 Clinton Avenue in Clinton Hill, Brooklyn