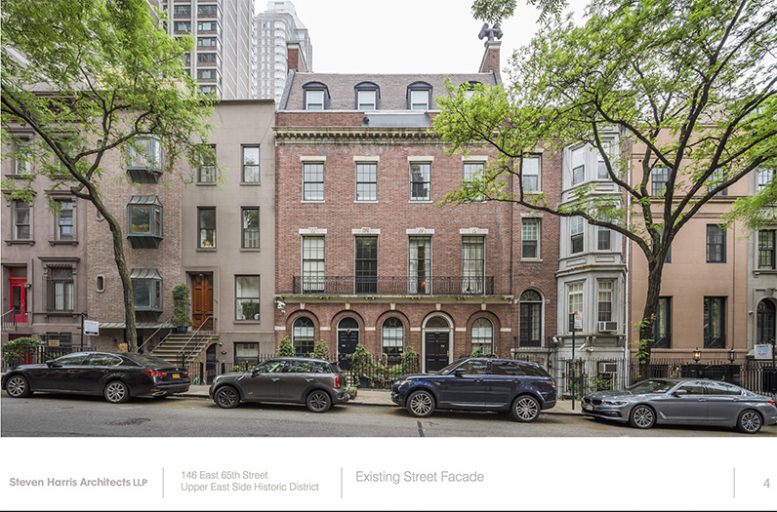 Renovations to David Rockefeller’s old Upper East Side townhouse have been proposed before the city’s Landmarks Preservation Commission. Originally completed in 1924 by architects Treanor & Fatio, the residence is located at 146 East 65th Street and sits on the easternmost boundary of the Upper East Side Historic District. 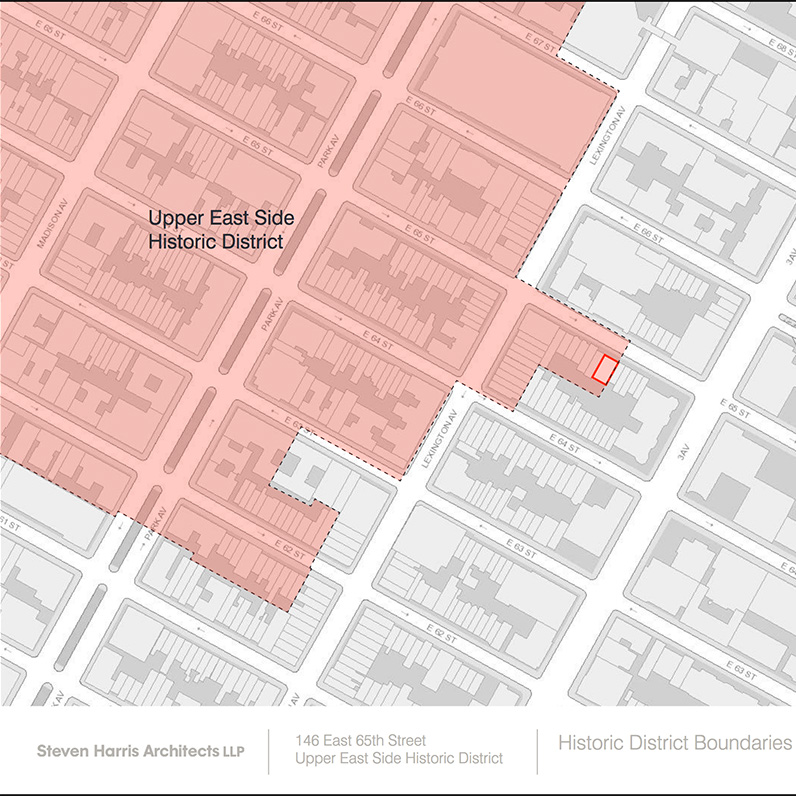 Listings for the townhome first appeared in 2017 with a price tag of $32.5 million. The property was then reported sold in April 2018 to Doug Band, a longtime advisor to former president Clinton, for a tidy $20 million.

Today, Steven Harris Architects will oversee the exhaustive restoration and excavation of the Colonial Revival structure.

Floor plans illustrate five levels, which are all served by an elevator. Beginning from the ground up, proposals include the replacement of an aging metal gate at the entrance of the property. From the first level or “parlor” up through the building’s third floor, all existing metal work, windows, masonry lintels, and existing cornice will be restored, cleaned and refinished. At the fourth level, the original dormer windows will be removed and replaced to match the existing openings. 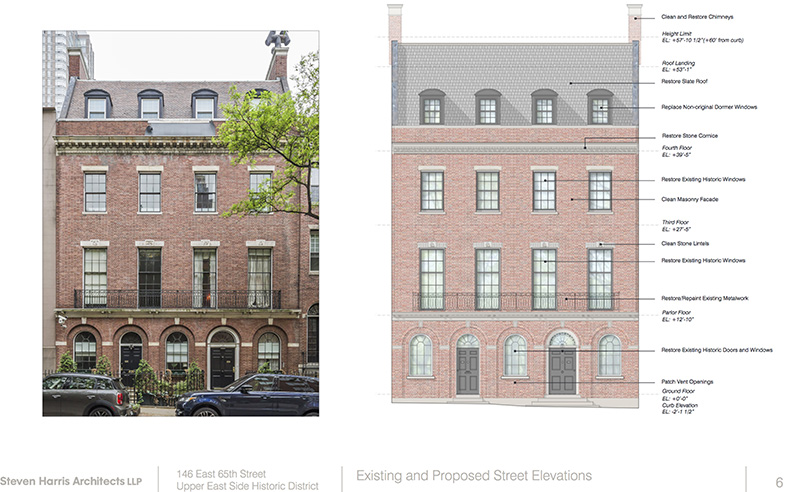 At the rear of the building, excavation of the garden area will increase rear elevation by one floor below grade. The lower-level expansion will facilitate the construction of a small deck that overlooks the garden from the parlor level.

At the basement level, a series of french doors will be installed with access to the garden in addition to outdoor stairs leading up from the garden level to the parlor floor.

A slight extension of the facade and parapet at the building’s roof is also up for approval. Upon completion, the structure will rise from about 53 feet to just under 58 feet. Mechanical components, and bulkheads for the elevator and stair systems will also be replaced. 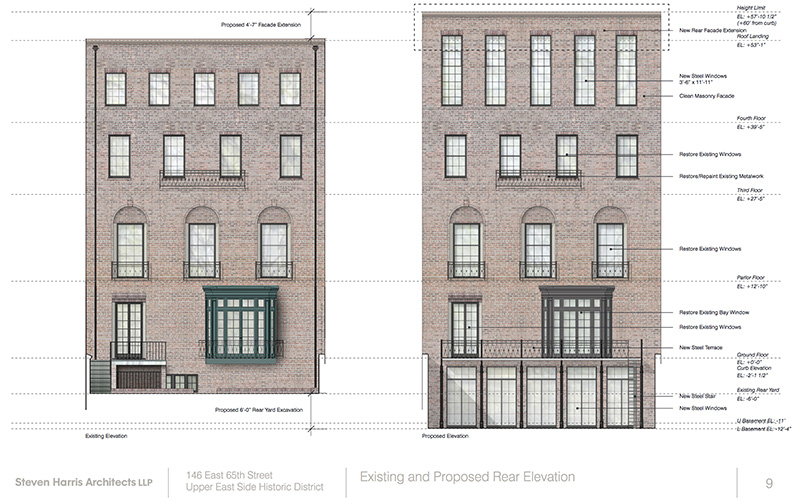