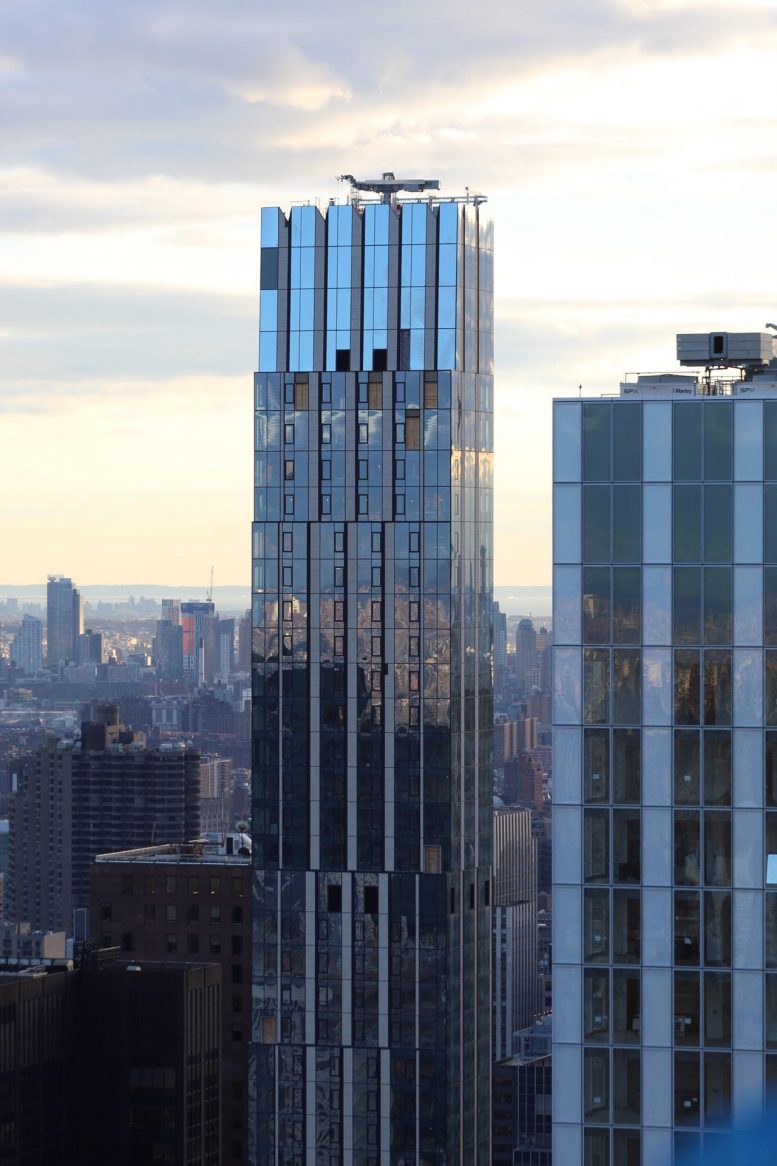 Topping out just over a year ago, 138 East 50th Street is now the 19th-tallest skyscraper under construction in New York City. Standing 803 feet to its rooftop, the project is being designed by Pelli Clarke-Pelli and developed by Ceruzzi Properties, while SLCE Architects is the architect of record. Inside, there are 124 condominiums spread among 63 floors, covering a total scope of over 253,000 square feet. Each unit will average around 1,700 square feet. The site is located between Third and Lexington Avenue, in Midtown East. 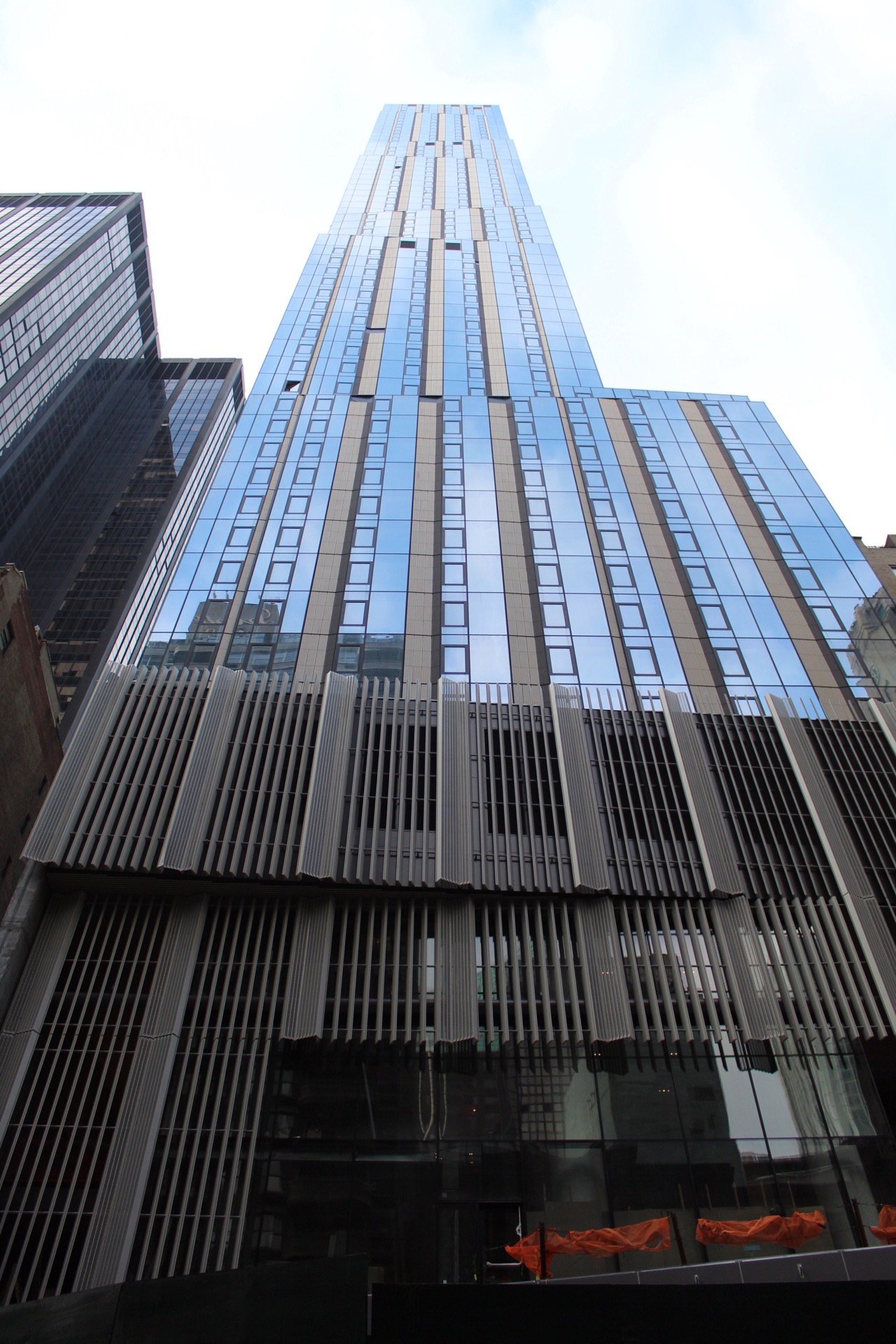 The facade is composed of a mix of reflective glass and thin vertical strips of terracotta panels that stretch up and down the skyscraper. Every terracotta panel is asymmetrically indented, angled, and colored with a light beige finish, and a dark strip on one edge. The color orientation and angle is mirrored and repeated on every other setback all the way to the pinnacle.

Reading the north elevation as a whole, the staggered shift in the stone’s color and angled pattern also disguises the alternating and angled setbacks that visually segregate the northern elevation into multi-story volumes. 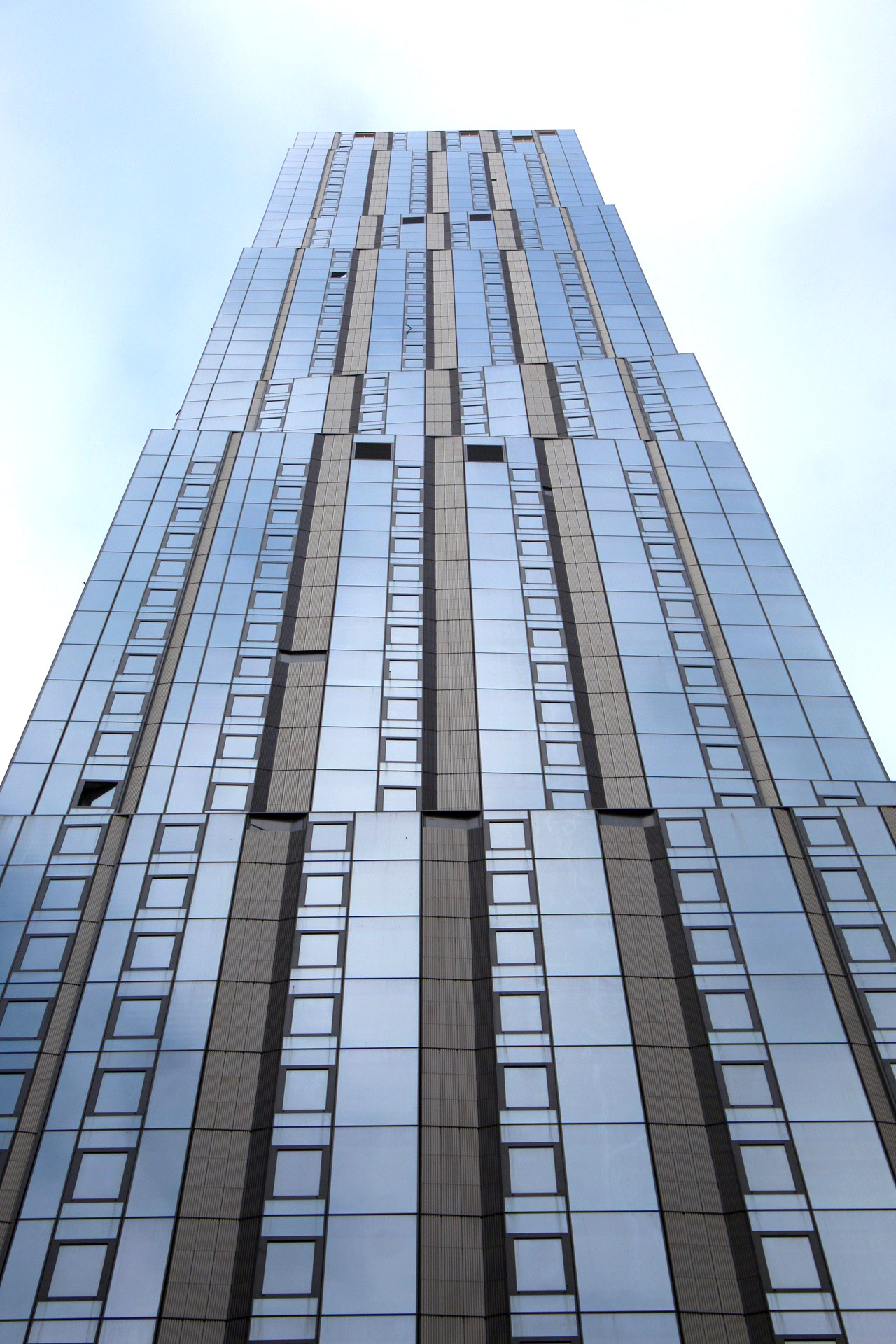 Closer look at the north facade, spotting the angled setbacks between the shifting terracotta colors and pattern of vertical strips. Photo by Michael Young

Dark colored strips within the terracotta panels also give an illusion of depth and shadow to the curtain wall. The very top of the tower is the only portion that has a sloped curtain wall on the north side, where the mechanical equipment is most likely found.

Recent photos from ground level and from above show the height and prominence of the new skyscraper on the Midtown East skyline. For residents on the upper floors looking north, there are perfect head-on shots of the Citicorp Building only three streets away. Those facing east will have uninterrupted views of the morning sun and the skyline of Long Island City and the rest of Queens. The Chrysler Building almost perfectly aligns with 138 East 50th Street when looking south, along with views of One World Trade Center. The view looking west has a perfect shot of the top of the Waldorf Astoria, currently being renovated and revamped into condos, and the beautifully ornamented Art Deco crown of the General Electric building, aka 570 Lexington Avenue.

Work on the lower floor levels which include the main lobby is still underway. This is the last section of the residential tower to be enclosed and completed. Large overhanging vertical panels cover the podium and double-height floors, along with tall panes of glass. The composure and appearance of the base facade is visually similar in the spatial pattern of solids materials and voids as seen with the vertical strips of terracotta and reflective glass panels on the main tower above. 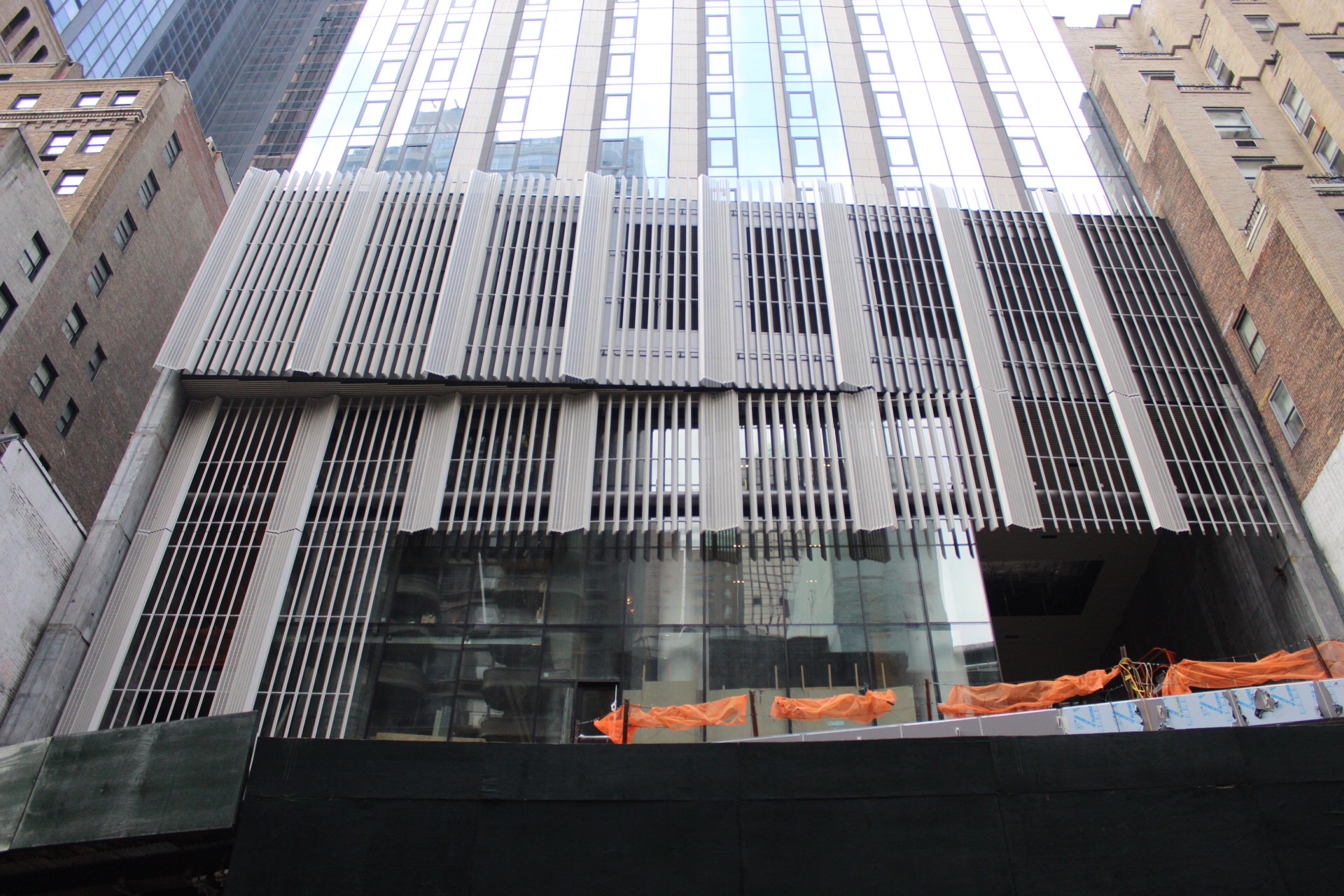 The base of 138 East 50th Street. Photo by Michael Young

The entire building should be completed sometime in the first half of 2019.