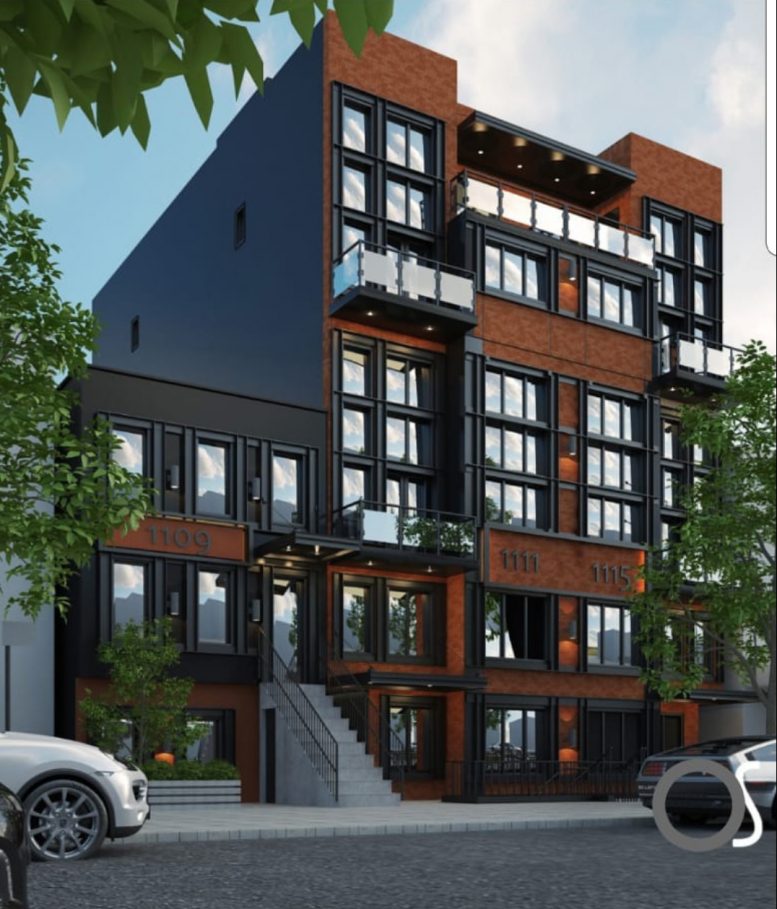 Permits for two new four-story buildings at 1111-1115 Decatur Street were filed this week, and today, YIMBY has the first look at renderings. Located in Bushwick, Brooklyn, the proposed residences are three blocks south of the Wilson Avenue subway station, serviced by the L train. According to the permits, owners for 1111 Decatur Street and 1115 Decatur Street are Chaim Landau and David Banda, respectively.

The rendering reveals a brick and black iron facade with glass-front balconies for some of the units. Jose Lockhart of Tecnico Engineering will be responsible for the design. 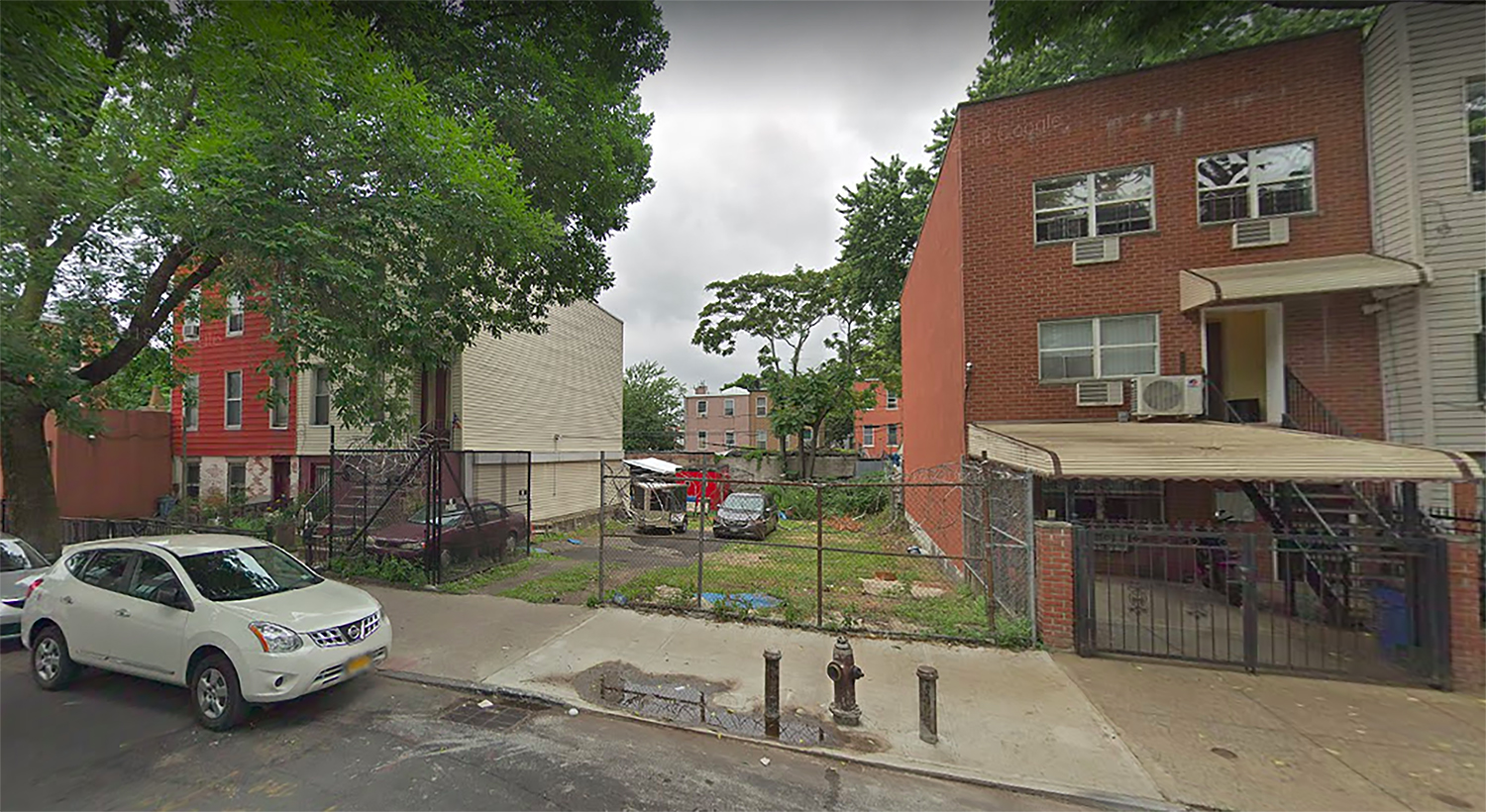 No demolition permits will likely be filed for the vacant site. Estimated completion dates have not been announced.

Be the first to comment on "Permits Filed, Rendering Released for 1111-1115 Decatur Street in Bushwick, Brooklyn"