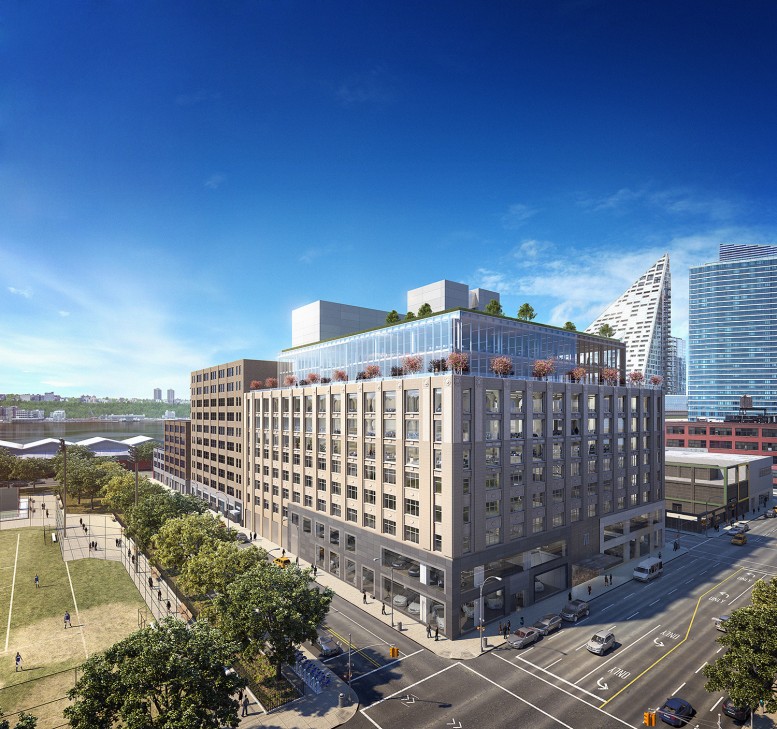 The Georgetown Company has announced a new $410 million financing package for their recently completed office building at 787 Eleventh Avenue. According to the company, the investment from Societe Generale (SocGen) replaces a $350 million construction loan from the Blackstone Group, Goldman Sachs, and ICBC.

“This new financing is evidence of just how thrilled we are with this project and everything happening in the surrounding neighborhood,” said Adam Flatto, CEO of The Georgetown Company, the leading development team responsible for the commercial redevelopment of 787 Eleventh Avenue.

Investors in the project also include Arnold Schwarzenegger, LeBron James and Jimmy Iovine.

Architect Rafael Viñoly oversaw the expansion and redesign of the structure at 787 Eleventh Avenue, which was originally completed in 1927 by Albert Kahn. Located between West 54th and West 55th Streets, the eight-story building served as an automotive showroom. 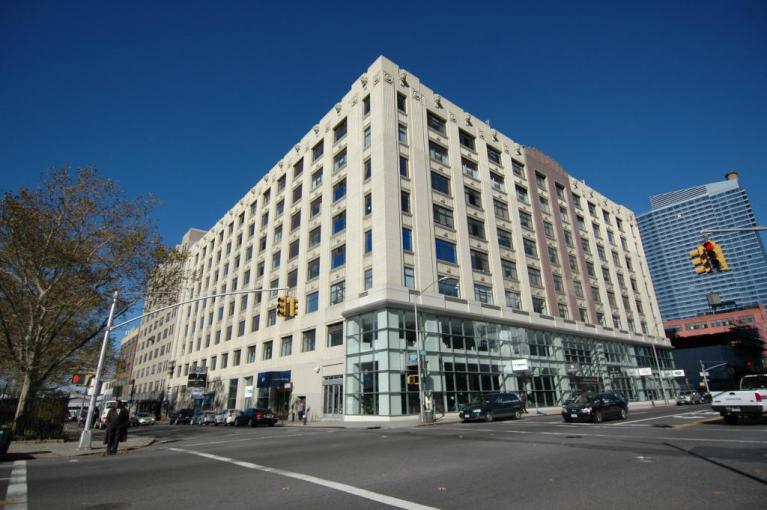 To capitalize on zoning permissions for the property, the architect expanded the structure from eight to ten stories, adding an additional 86,000 square feet of commercial area. Massing within the structure now includes a five-story automotive showroom at its base with dedicated office area above. The building also supports a new, 12,000 square foot roof deck featuring a tennis court and private terrace.

Leasing at the property has been successful, with about 90% of the space now accounted for. Commercial tenants include Spaces, Dwight Capital, and Pershing Square Capital, along with automotive dealerships Jaguar Land Rover and Nissan/Infiniti at the ground level. 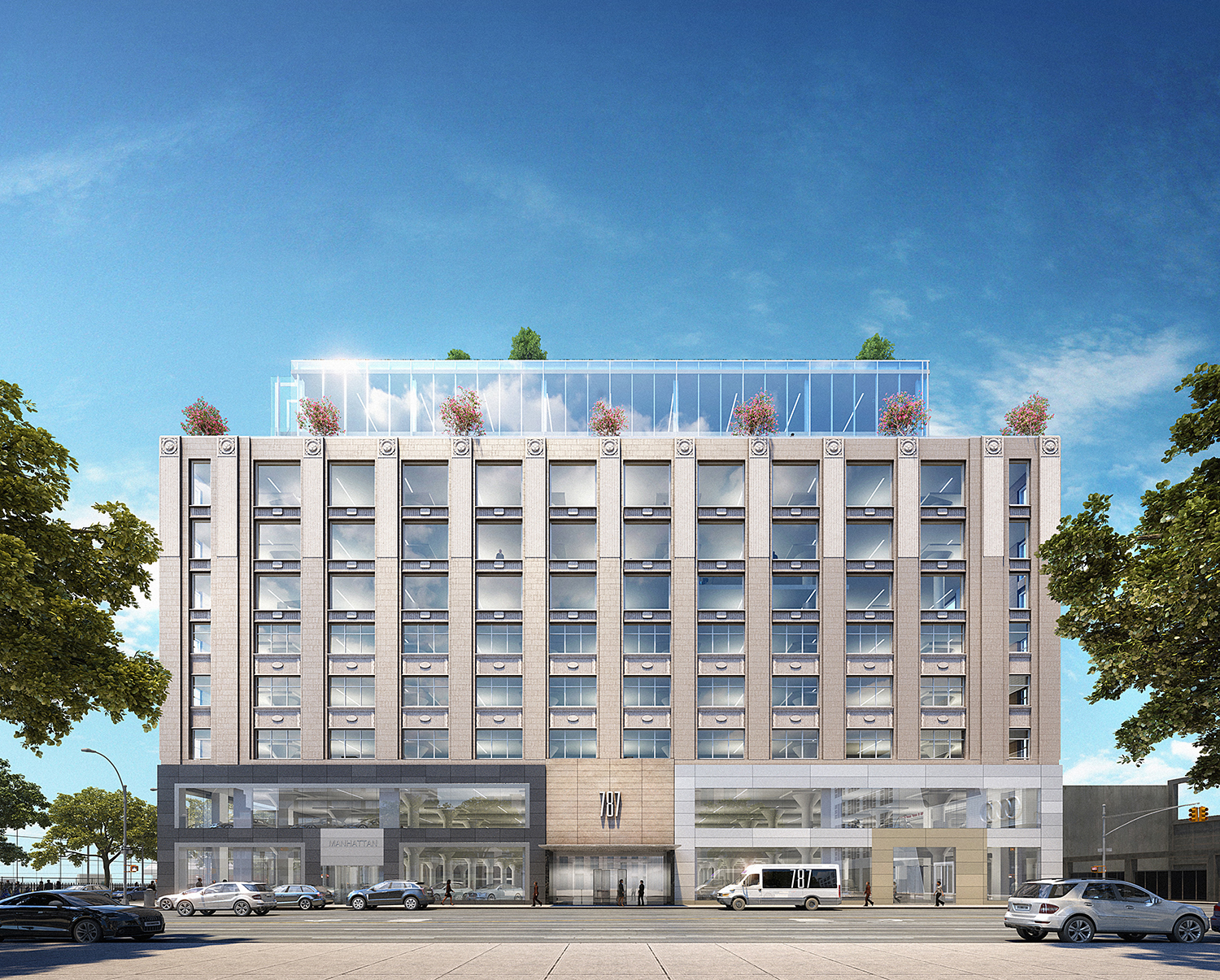 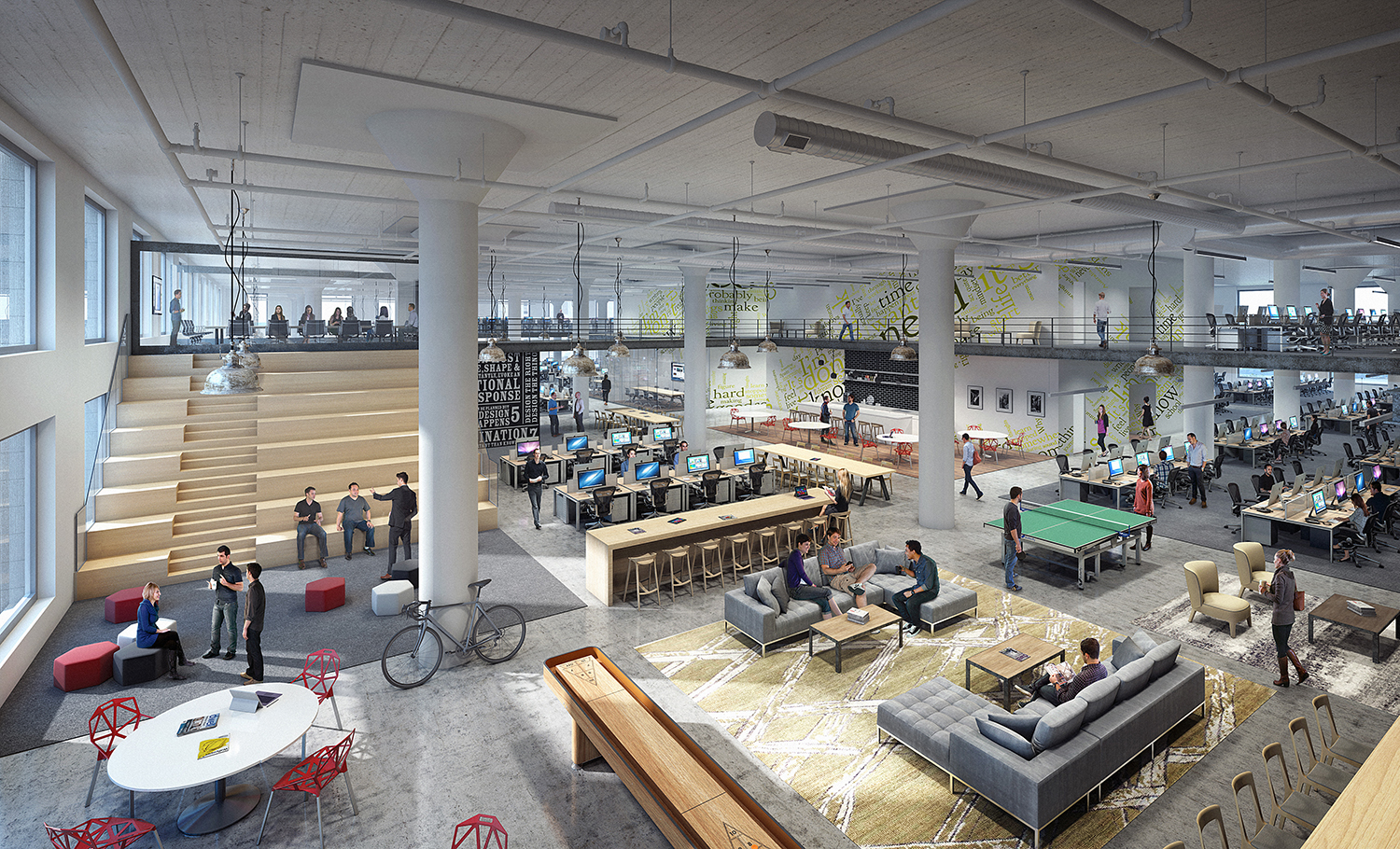 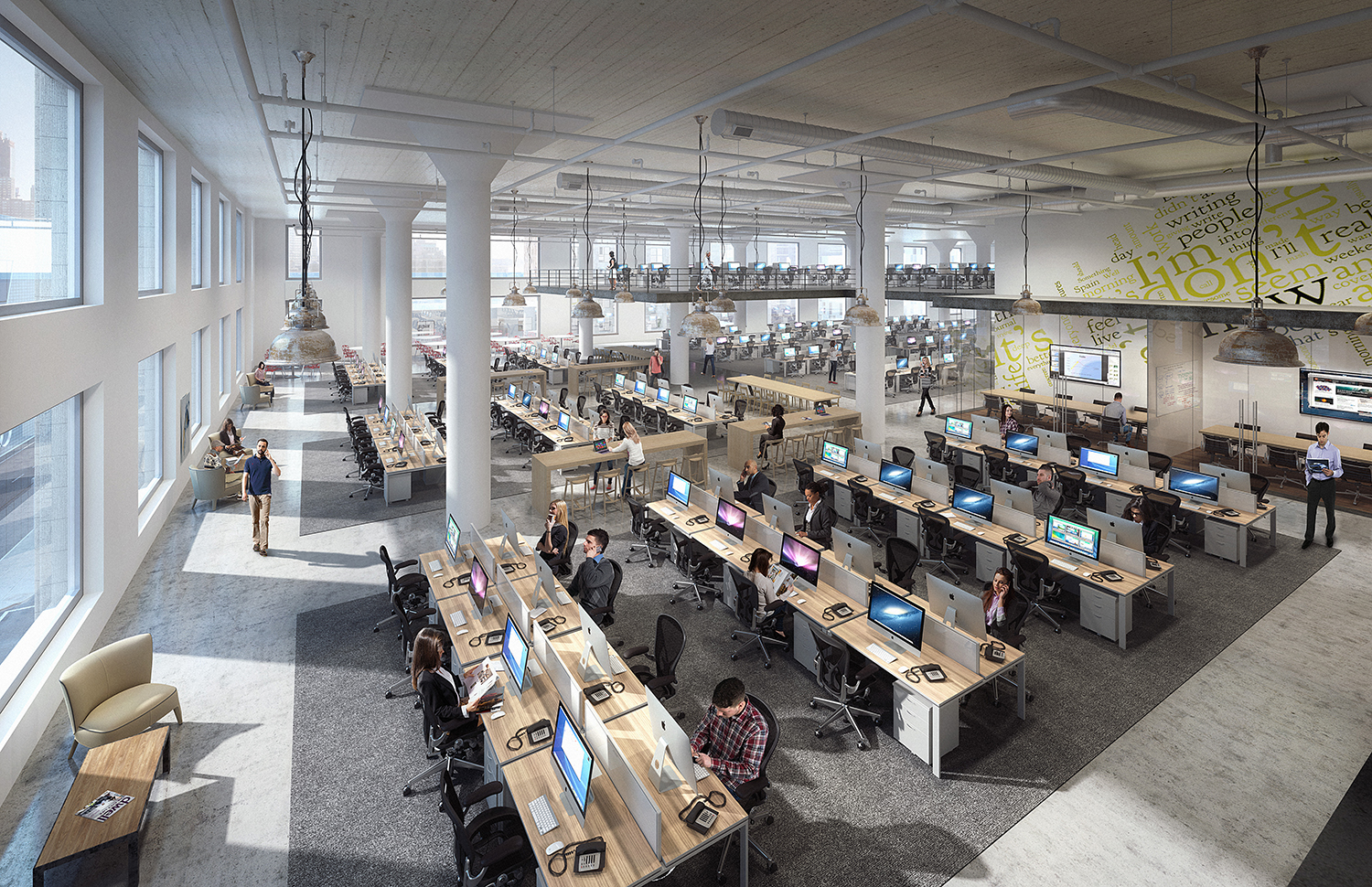