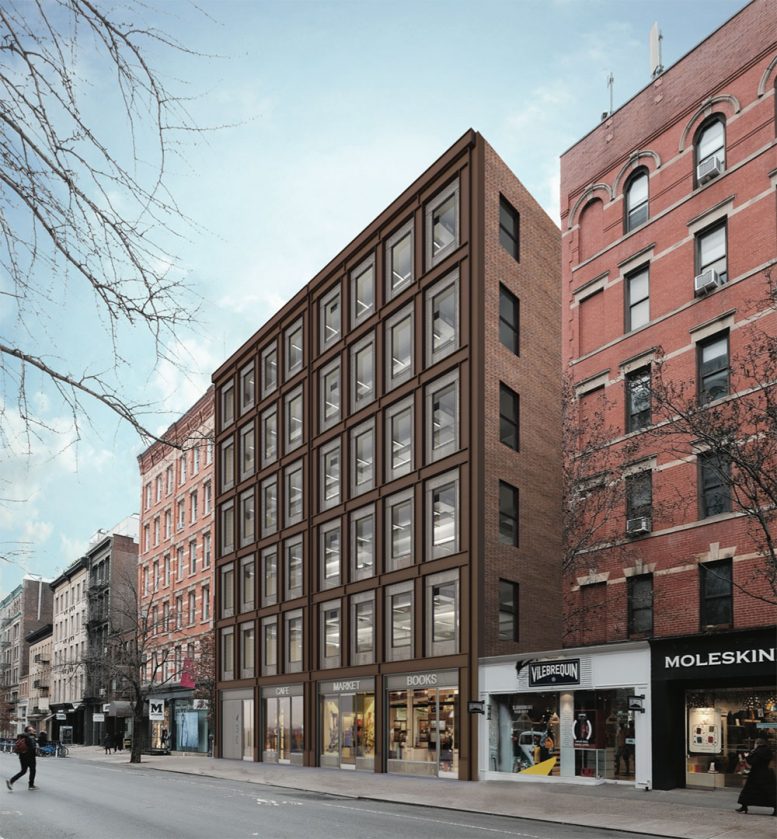 The latest set of renderings reveal significant aesthetic alterations to the original designs, which now include heavy references to SoHo’s industrial past. The street-facing enclosure is now comprised of dark brown metal cladding, perforated zinc panels surrounding the building’s primary entrance and at the edge of each window opening, new aluminum guardrails at the top of the structure, and a reduced penthouse footprint. 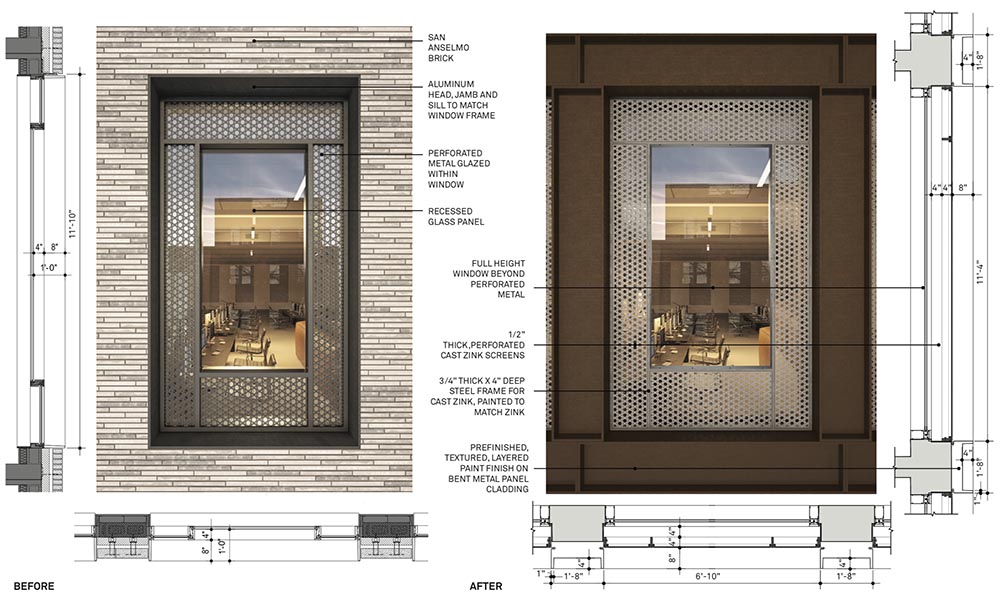 The height of the building, including required mechanicals at the roof level, has also been slightly reduced, but will still top off at seven stories. Retail area will still occupy the property’s ground floor and one cellar level. 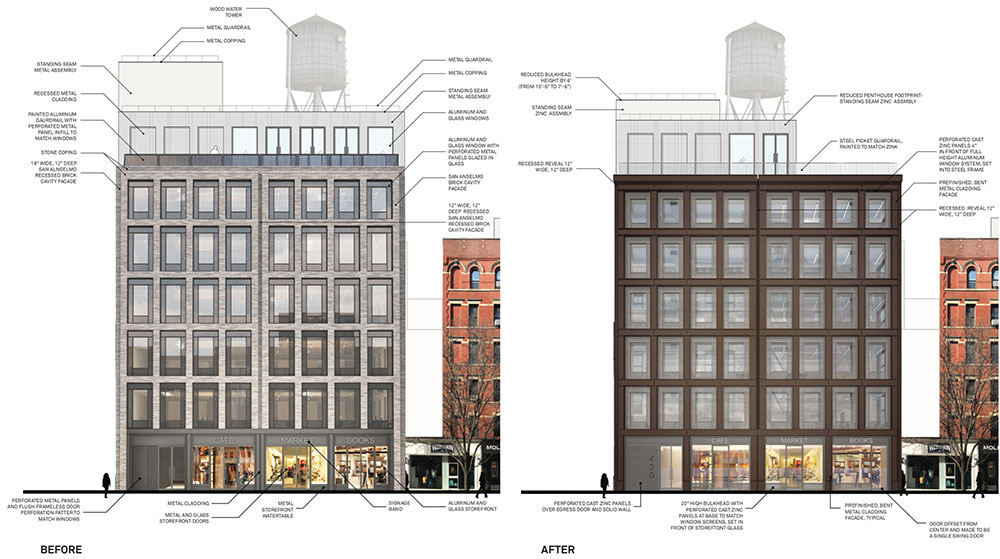 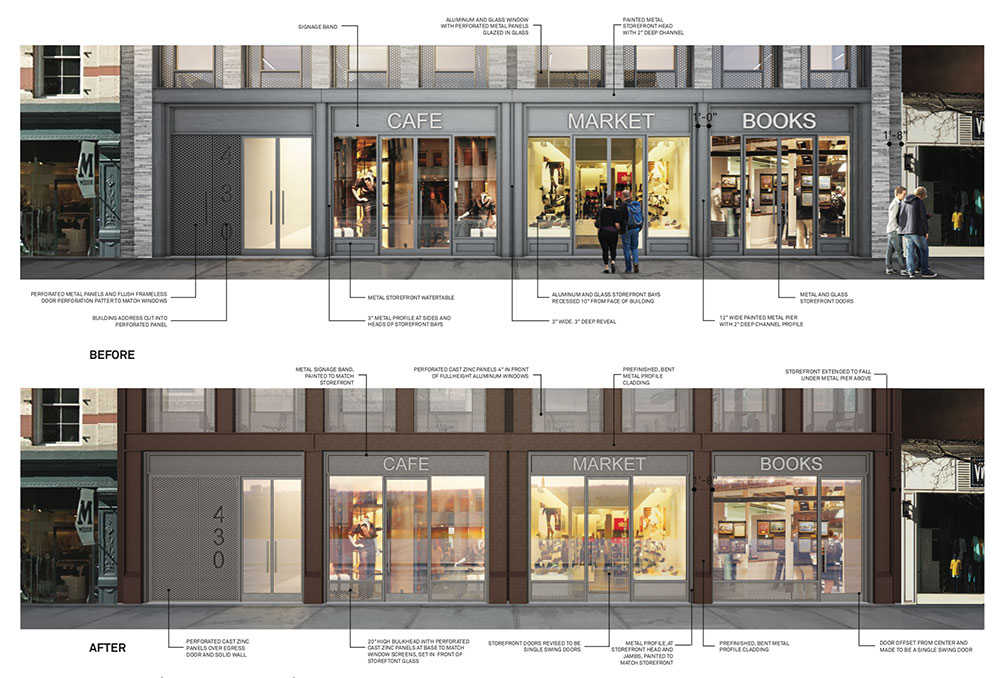 Within the building, proposed floor plans have largely remained unchanged with the exception of the modified seventh-floor penthouse. The new renderings also reveal community facility area at the buildings second floor and half of the third floor.