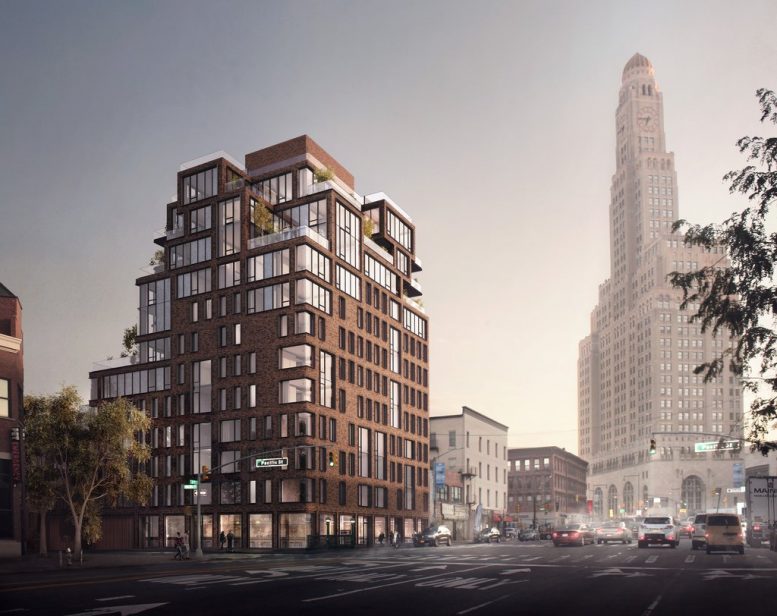 Sales have launched for 561 Pacific Street‘s 63 residential units in Boerum Hill, Brooklyn. The 12-story project is being designed by ODA and developed by Adam America Real Estate. The site is located on the northern corner of Fourth Avenue and Pacific Street, next to the Atlantic Avenue Barclays Center subway station with access to the 2, 3, 4, 5, B, D, N, Q, and R trains. The development is also addressed as 24 Fourth Avenue.

Recent photos by Tectonic show the reinforced concrete structure surpassing the halfway mark. At this pace, construction could easily top out before the end of spring. 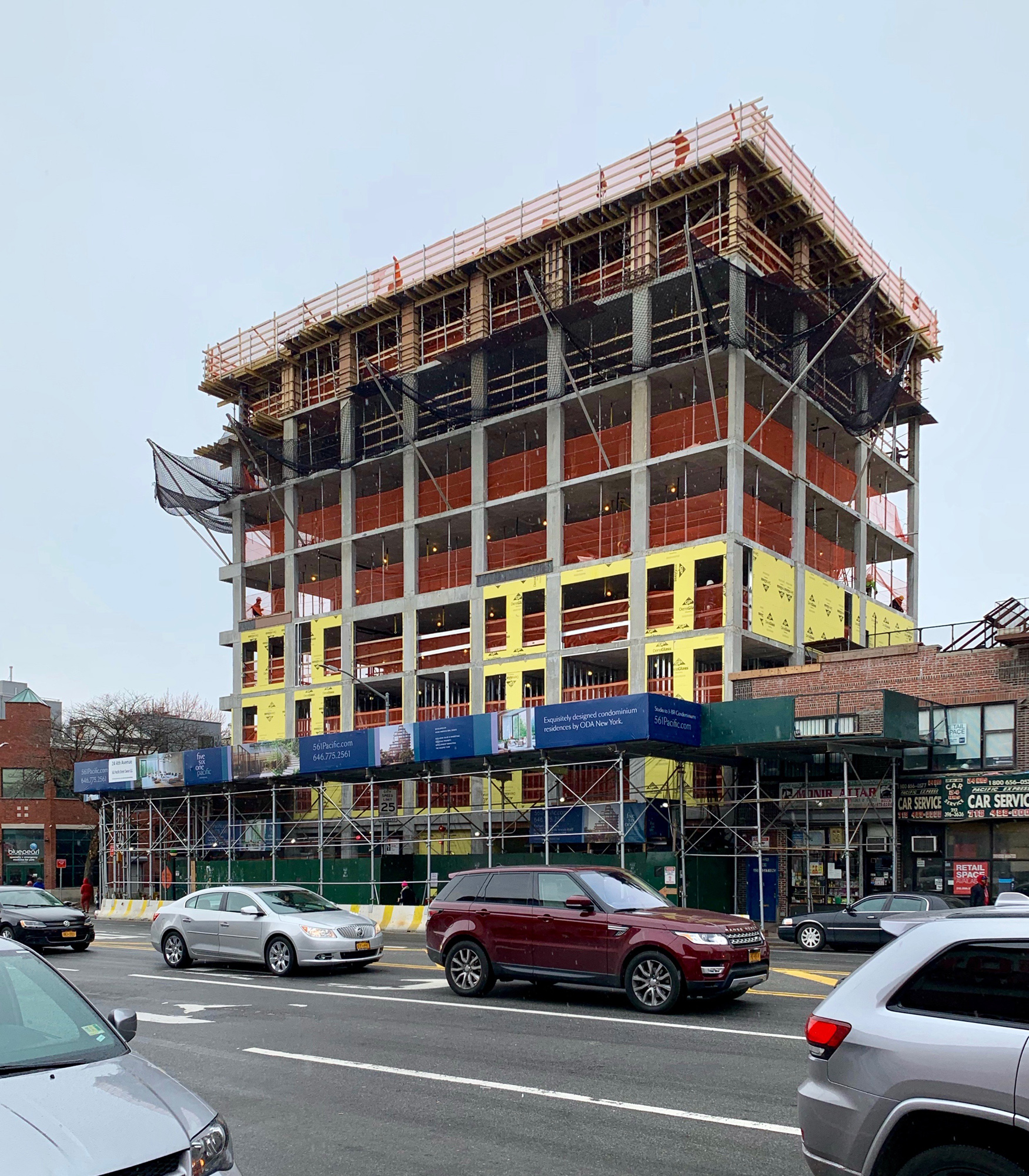 561 Pacific Street is about to begin work on the upper half of the building where the terraces and balconies will be located. Photo by Tectonic 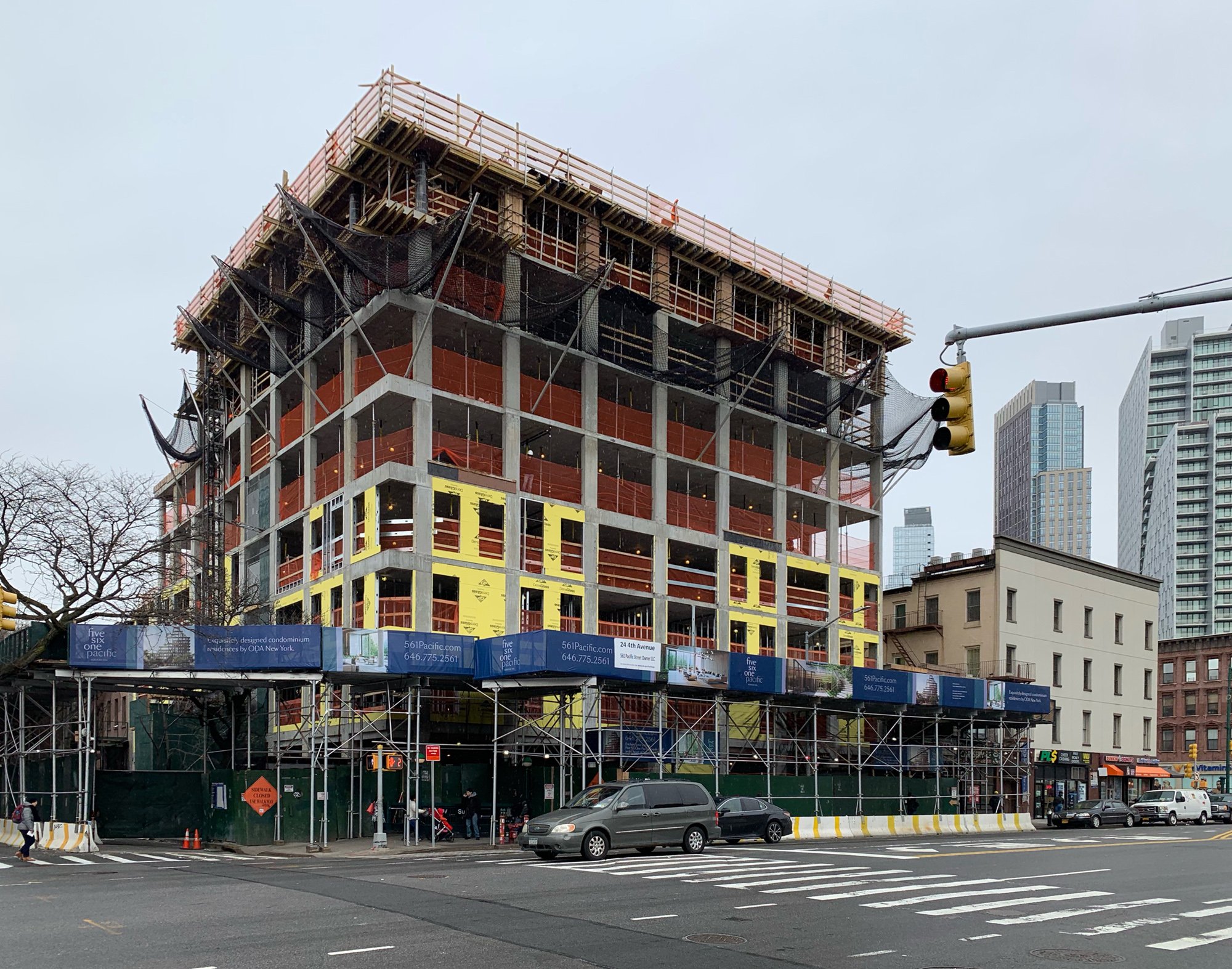 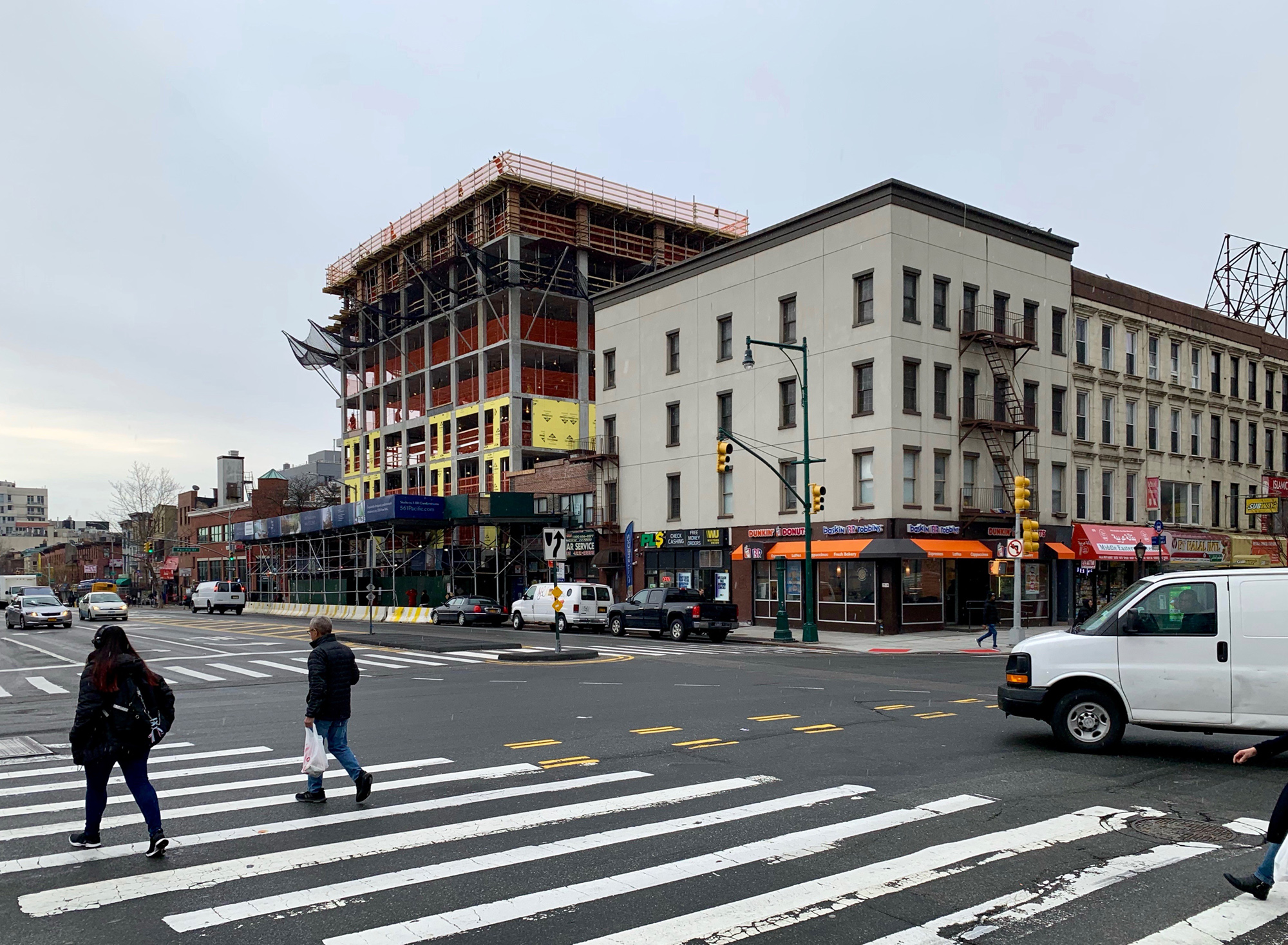 The exterior curtain wall will feature a mixture of earth-tone bricks and floor-to-ceiling glass panels. The lower half of the building contains the largest floor plates, while the upper portion will feature different floor layouts for each level. A number of corner terraces and balconies will be staggered and placed between the exterior interstitial spaces and setbacks. Almost all the studios, one-, two-, and three-bedroom units will have their own private outdoor balcony or terrace. The interiors will come with white oak and walnut finishes and Caesarstone marble.

A two-story central courtyard with abundant landscaping will be situated in the middle of the property. Two floors of amenities will include a fitness center, a children’s playroom, a residential lounge, and a landscaped rooftop with panoramic views of Downtown Brooklyn to the north, the brownstone-lined streets to the south, Barclays Center to the east, and the New York harbor to the west.

Construction of 561 Pacific Street is scheduled to complete sometime next year.