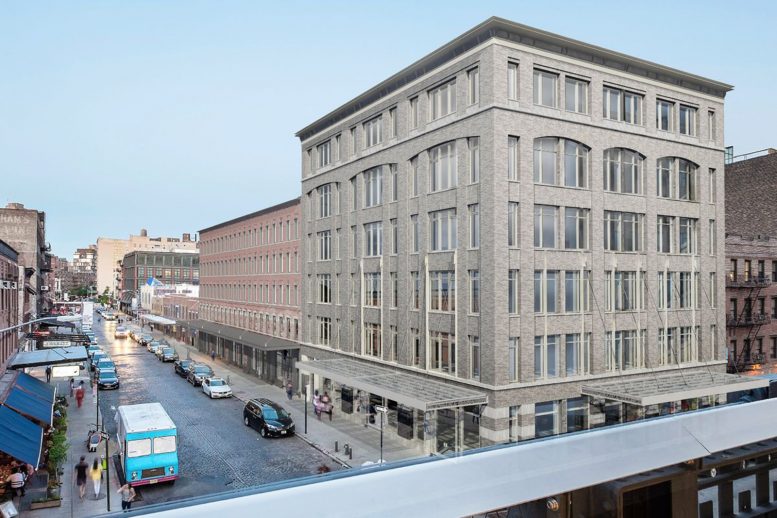 Construction has topped out on a six-story, 112-foot-tall building at 70-74 Gansevoort Street. The Meatpacking District property is part of a block-long redevelopment and revitalization of Gansevoort Street between Washington Street and Greenwich Street. BKSK Architects is the designer and Aurora Capital and William Gottlieb Real Estate are developing the mixed-use office project, which sits adjacent to 60-68 Gansevoort Street, a five-story project also part of the neighborhood renewal plan. Both structures are enclosed in scaffolding and thick black netting, while the eastern end can be seen from the High Line with their exteriors preserved.

Photos from the southern tip of the High Line looking east show the current state of 70-74 Gansevoort Street. 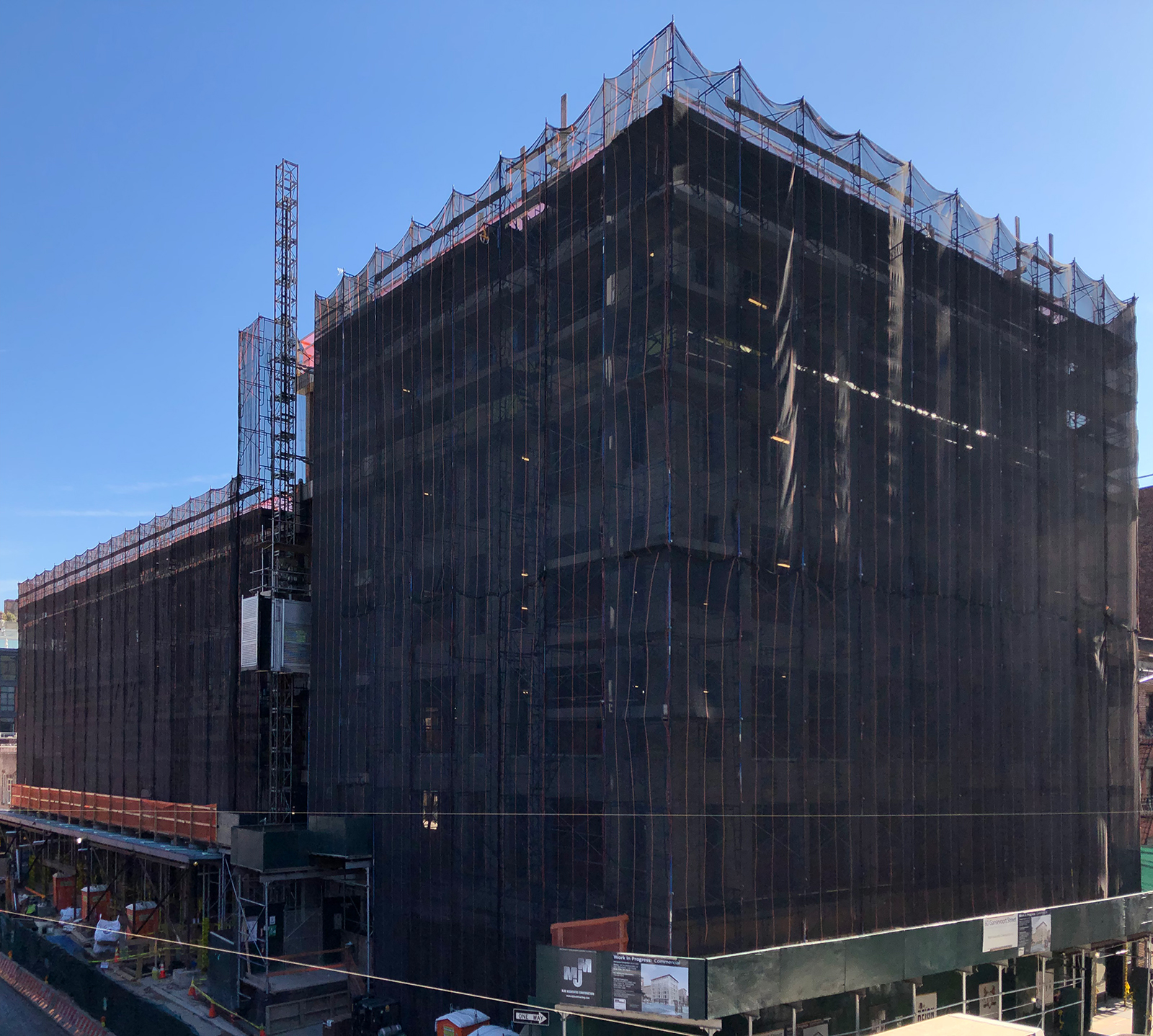 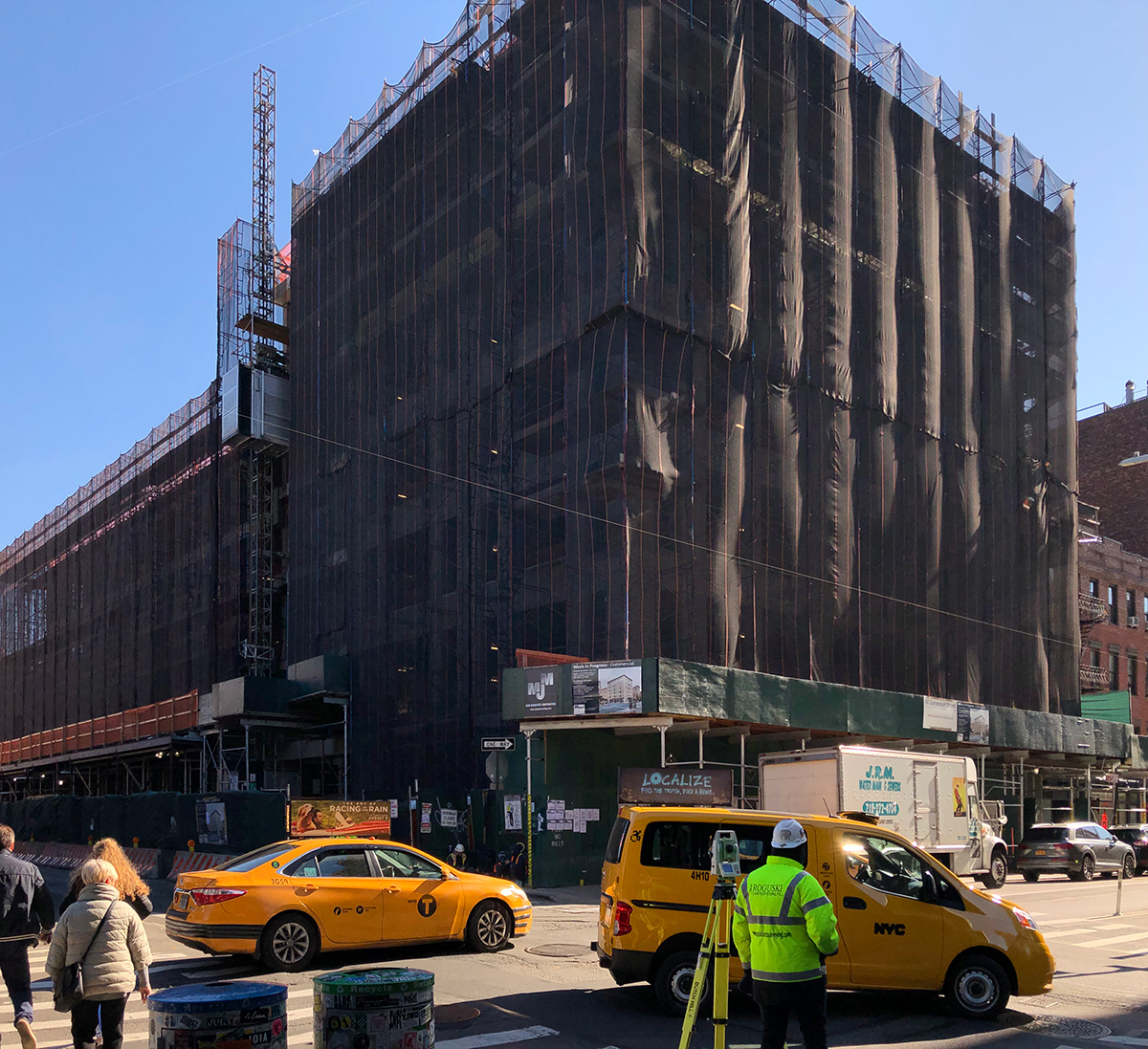 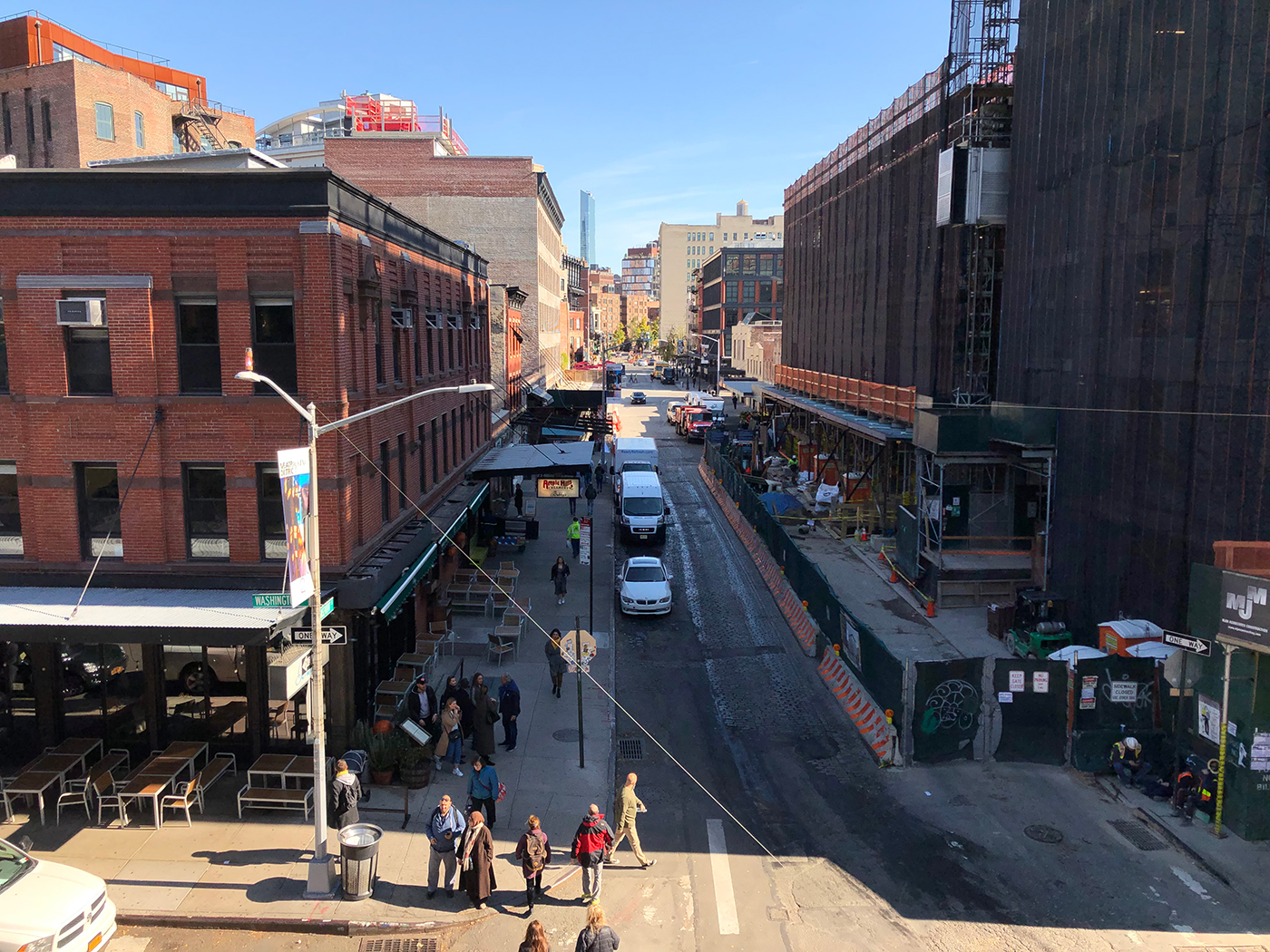 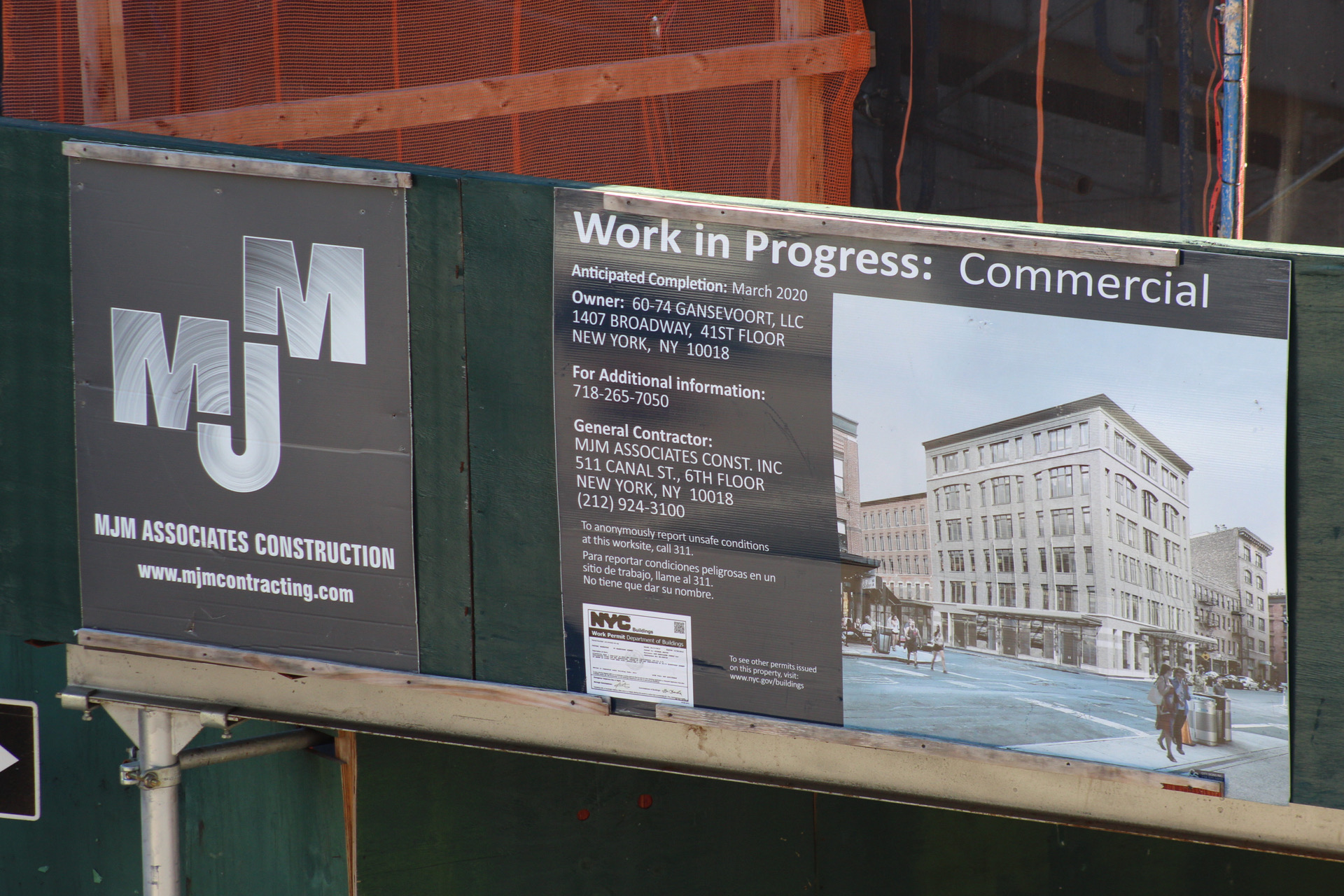 70-74 Gansevoort will contain some 43,000 square feet of newly built space. The cellar and ground floor will span about 3,500 square feet and 4,100 square feet respectively. The second through sixth stories will yield roughly 7,060 square feet each, and the structure will be topped with a 6,000-square-foot rooftop terrace. The elevators, utilities, and egress corridors are placed along the eastern and southern perimeter of each floor plate to give tenants better access to light and views facing north toward Midtown and west toward the Hudson River.

Renderings of 70-74 Gansevoort reveal a clean, modern design with tall windows and brick masonry that aims to blend within the historical architectural landscape of Chelsea and the Meatpacking District. The neutral-colored envelopes and array of windows are symmetrically positioned on all sides and feature a definitive dark cornice line. The scaffolding should likely begin disassembly this winter.

70-74 Gansevoort Street is the tallest building on the parcel, but is still smaller in scale than its adjacent neighbor at 812 Washington Street and Renzo Piano’s Whitney Museum of American Art at the western end of Gansevoort Street.

70-74 Gansevoort is expected to be finished next March.