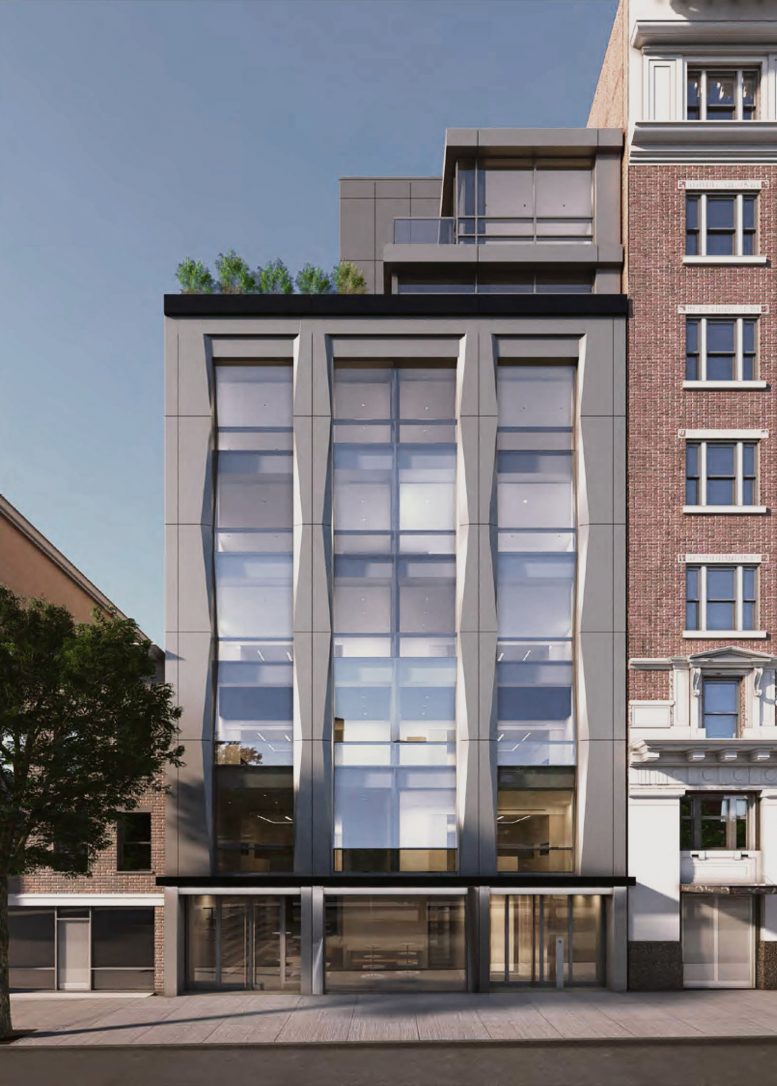 Workers are forming the last floors of an eight-story, ten-unit building at 128 East 28th Street in NoMad. The low-rise residential building made quick progress since YIMBY checked in on the site in June, when excavation was still ongoing. TRA Studio is the designer and Sinha Development is the developer of the 80-foot-tall, 21,038-square-foot project.

Photos show the current state of progress on the structure. The installation of the curtain wall panels has yet to begin, but should commence sometime in the next several months. 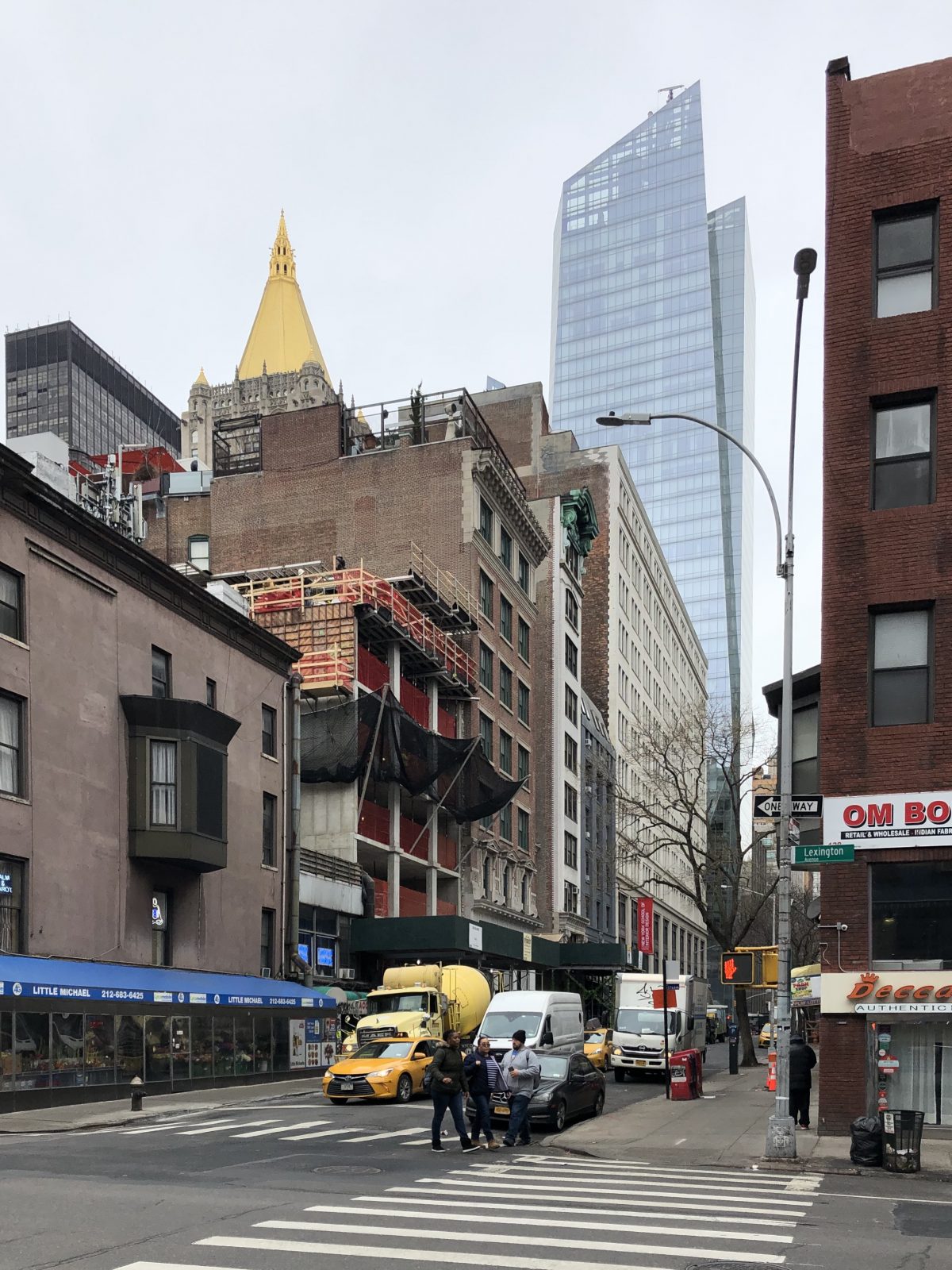 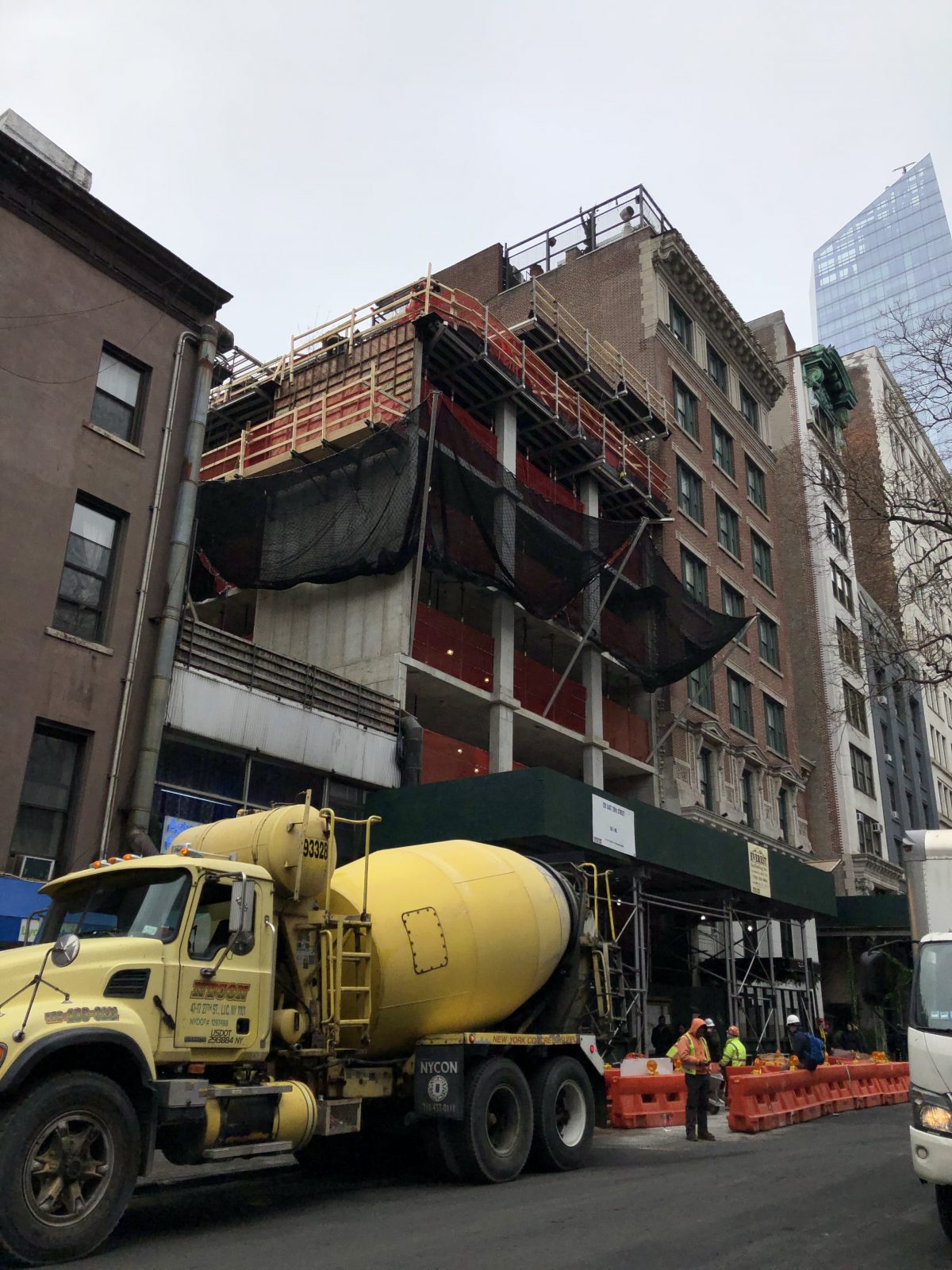 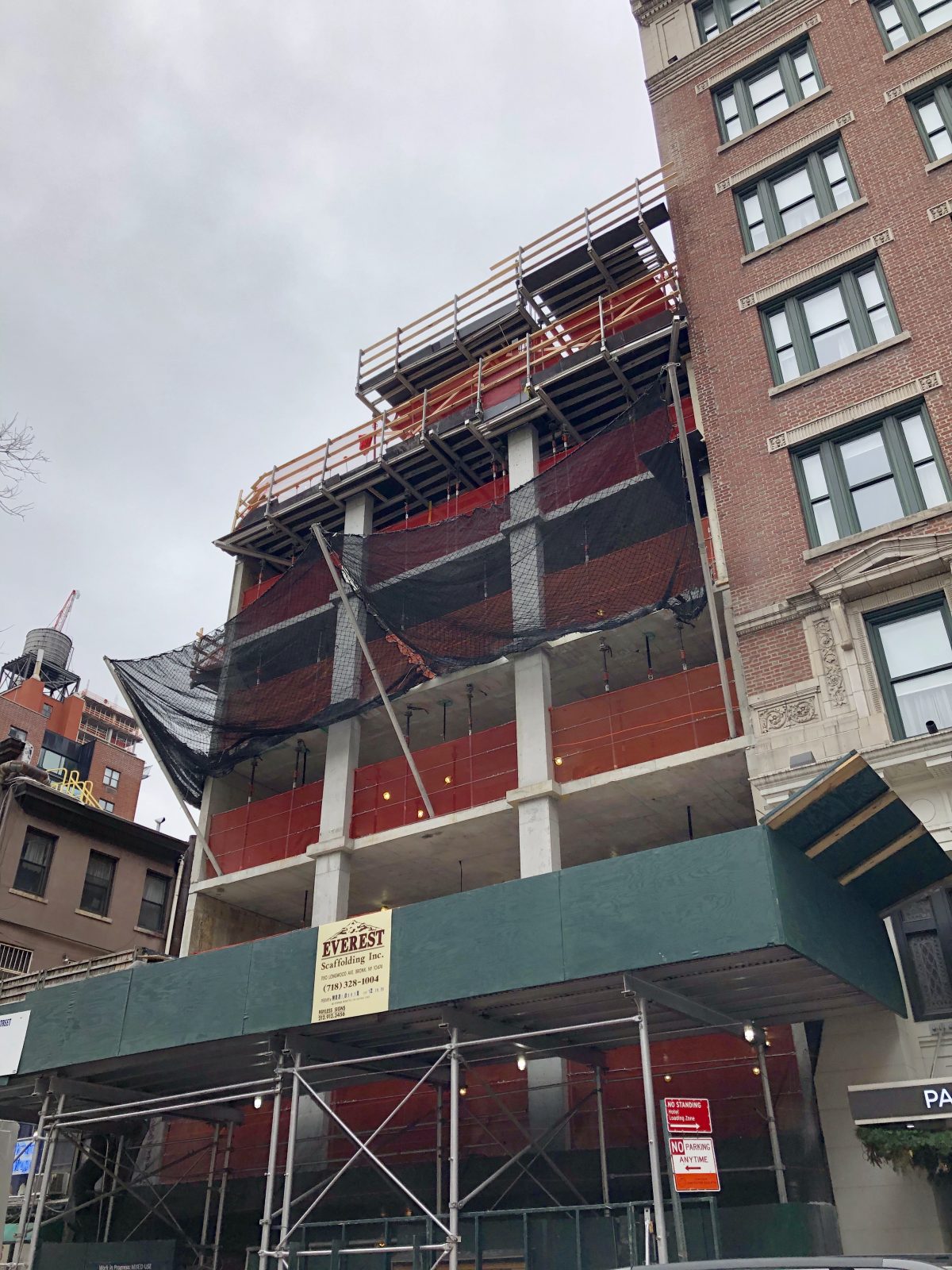 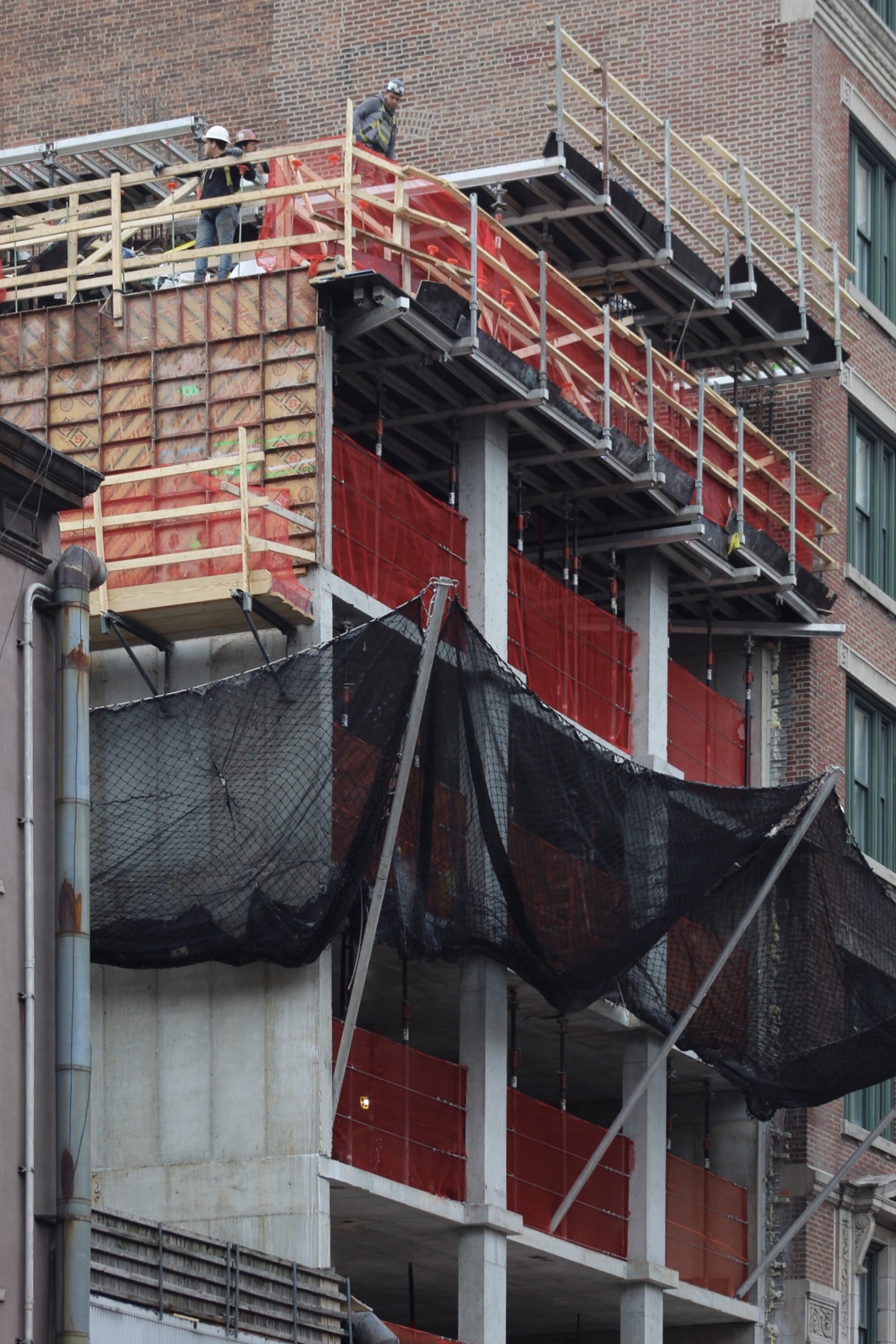 Close-up of the main elevation of 128 East 28th Street. Photo by Michael Young

The building will contain 17,300 square feet of living space on the second through eighth floors, averaging 1,734 square feet per unit. A full-floor home will take up the sixth story with a duplex spanning the top two floors. The duplex is located above the main setback, allowing for the creation of private outdoor terraces. The ground floor and cellar levels will contain nearly 3,100 square feet of retail space. The rear elevation has a simpler design that includes balconies and floor-to-ceiling glass panels.

The closest subway is the 6 train at the 28th Street subway station on Park Avenue South, while Madison Square Park is a short ten-minute walk from the address.

128 East 28th Street is slated to be finished in 2020 and could wrap up sometime in the second half of the year.