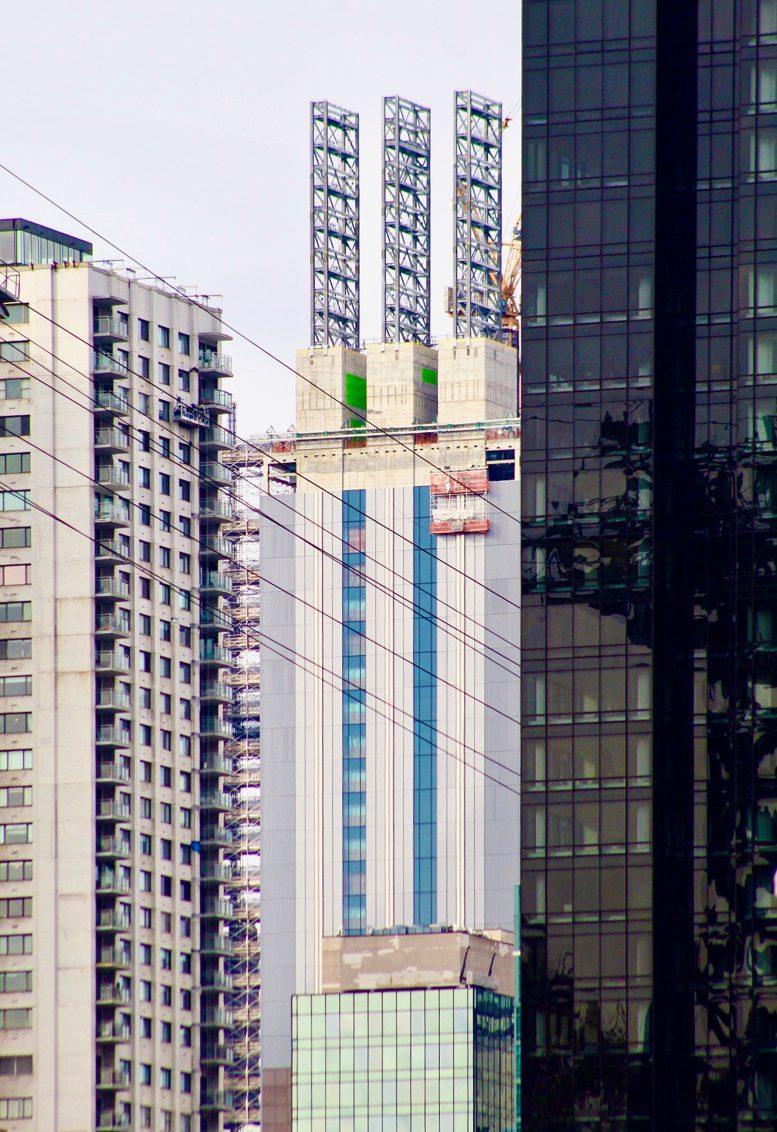 Work is getting closer to completion at 425 Park Avenue, the 16th tallest building under construction in New York City in YIMBY’s annual countdown. The majority of the exterior work is finished on the 47-story, 897-foot-tall Midtown East skyscraper, with the final upper floors and crowning fins awaiting cladding. The commercial building is designed by Norman Foster, head of Foster + Partners, and is being developed by L&L Holding Company LLC. Adamson Associates is the architect of record.

Recent photos show the framework for the trident of fins reaching into the sky. These will eventually be encased in glass. Meanwhile, work is continuing on the curtain wall, which is up to the final floors of the third stacked tier of the building. 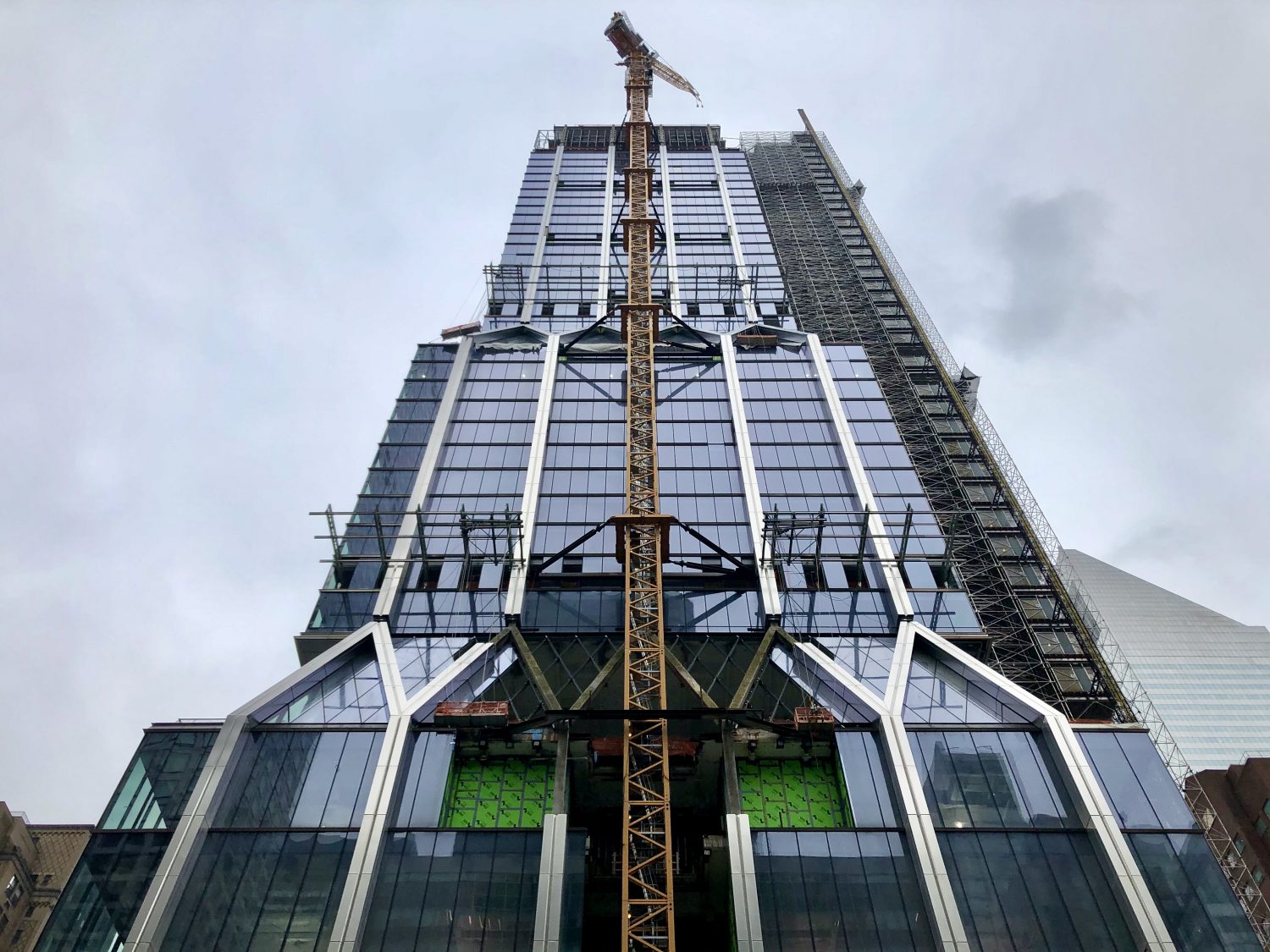 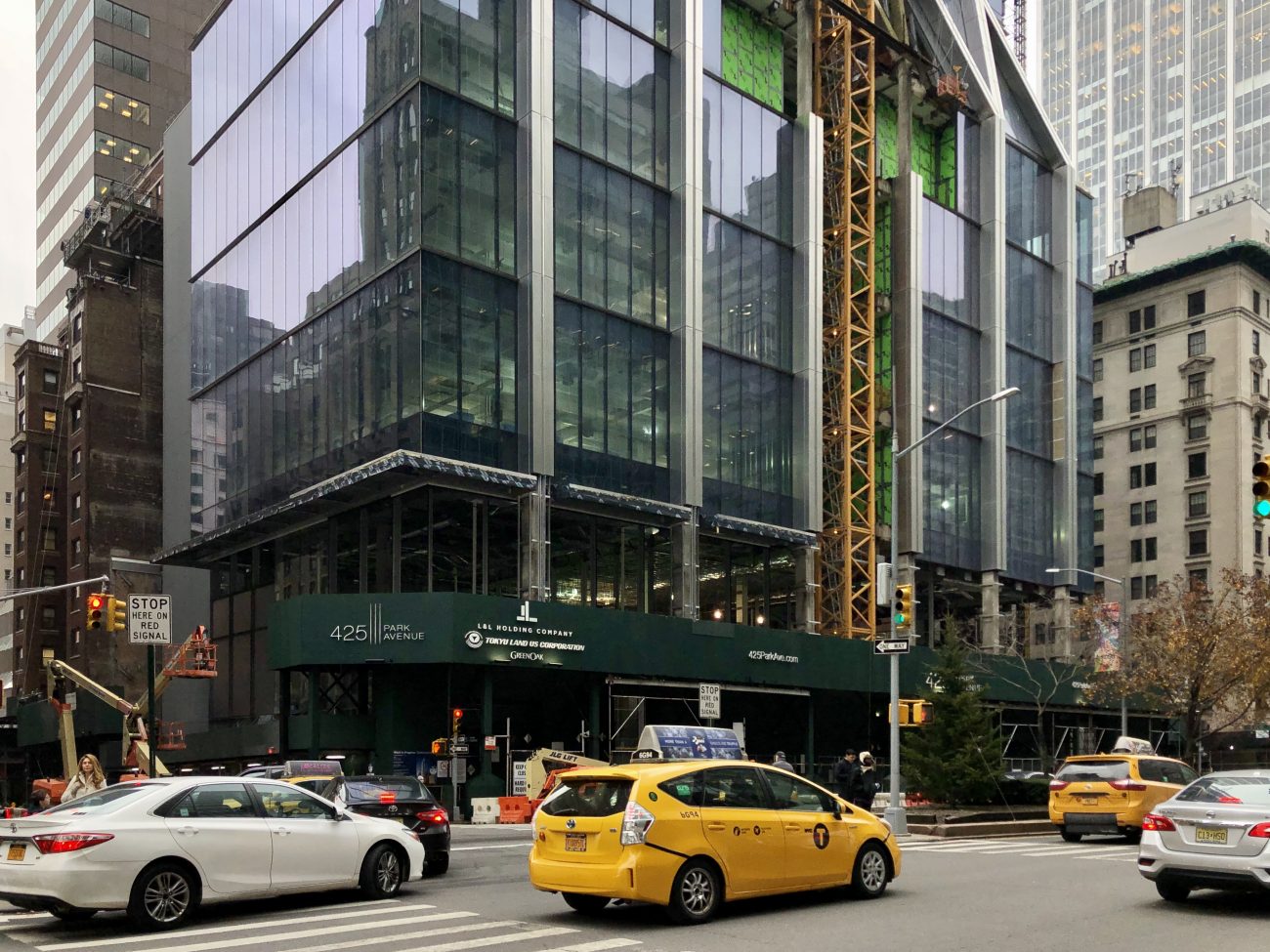 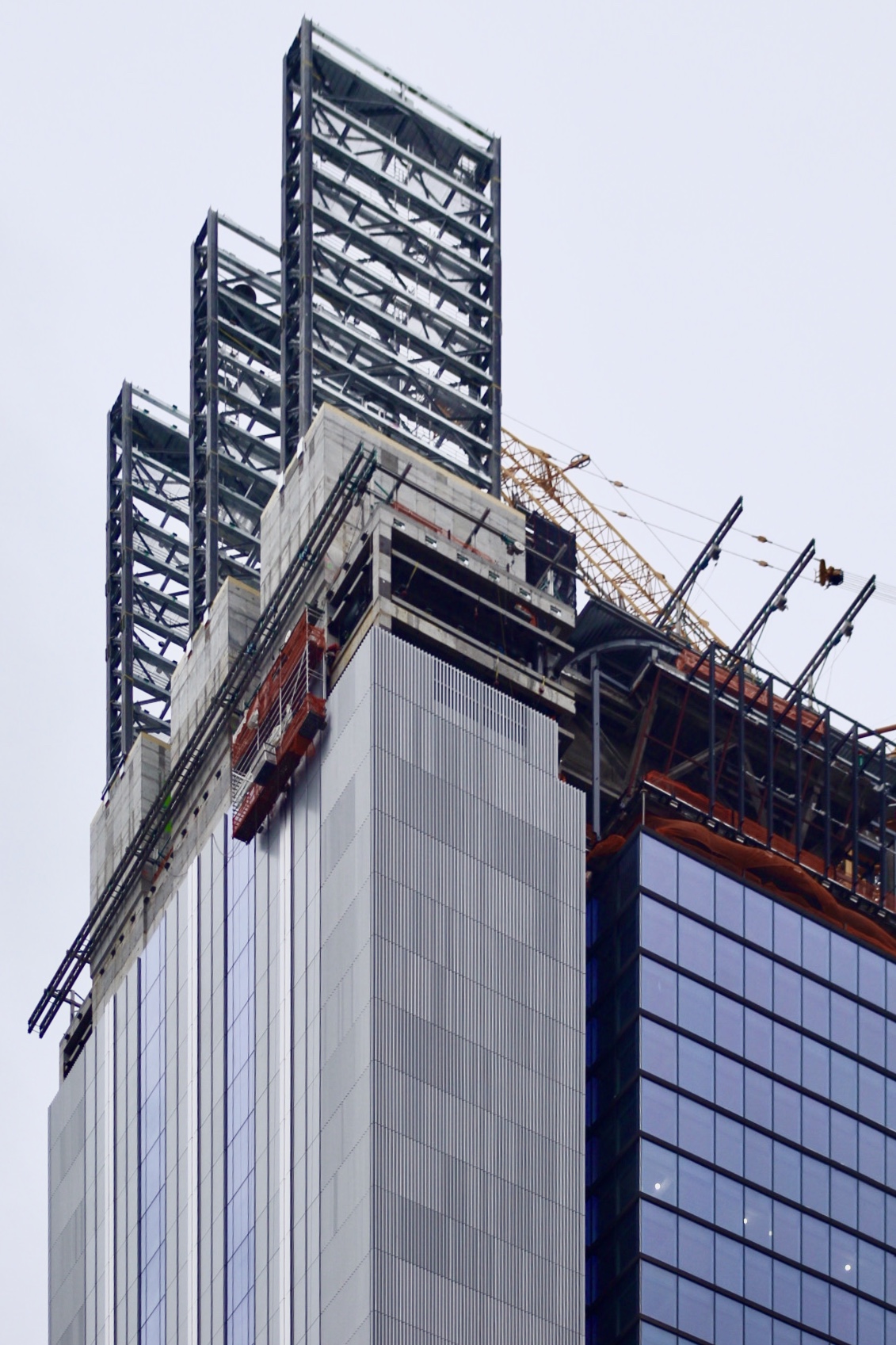 Close shot of the fins of 25 Park Avenue. Photo by Michael Young 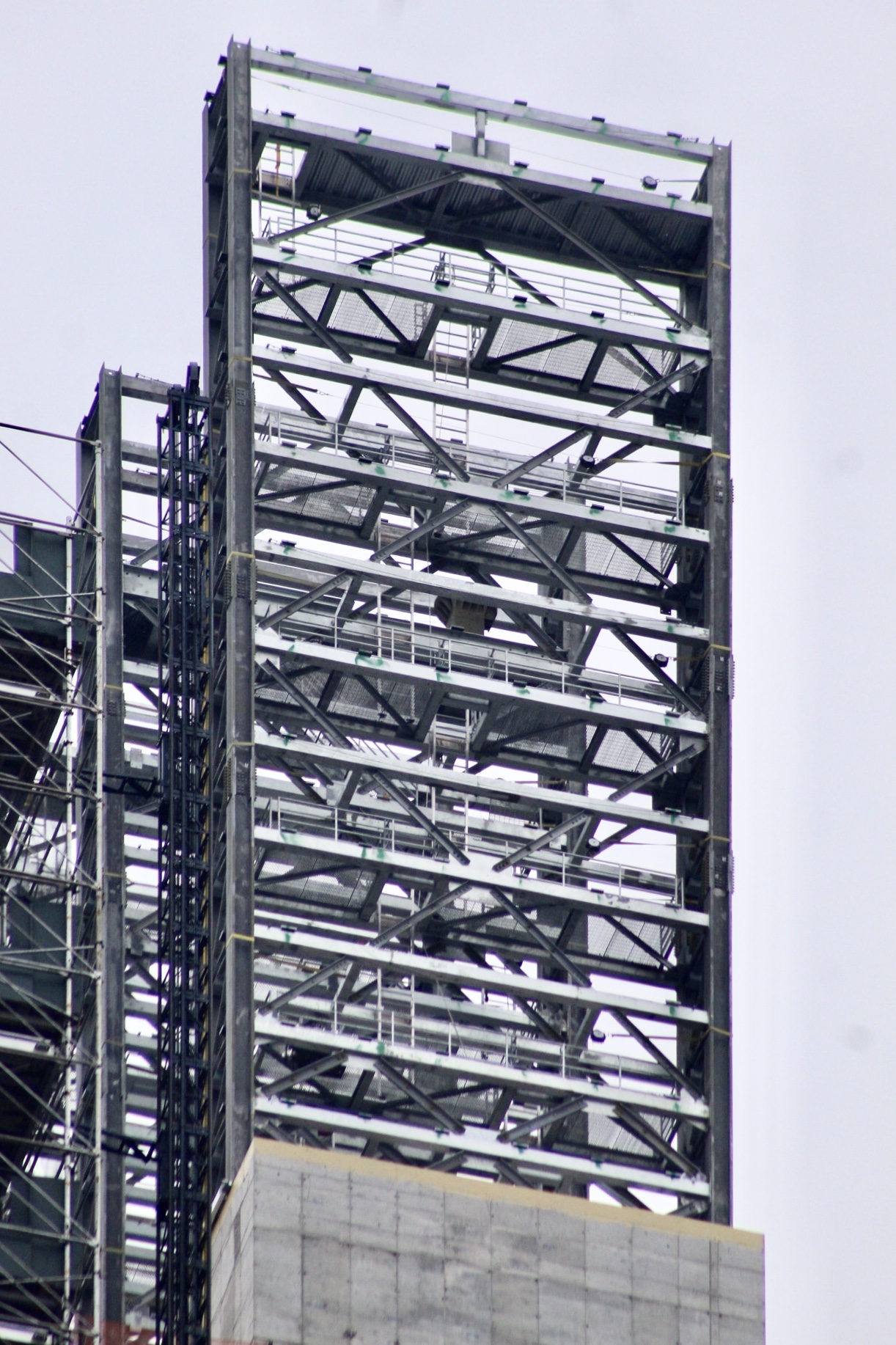 Close shot of the fins of 25 4Park Avenue. Photo by Michael Young 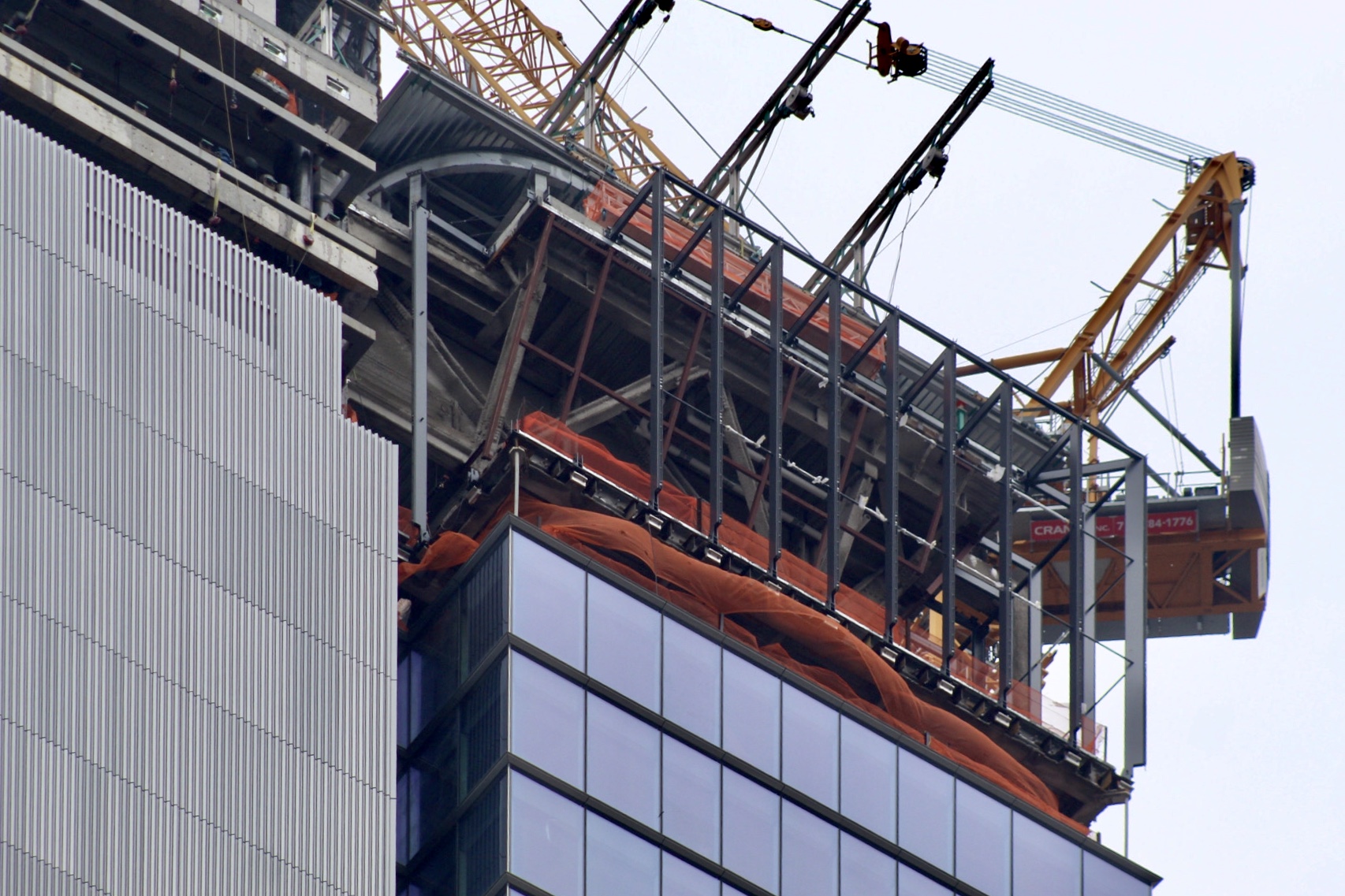 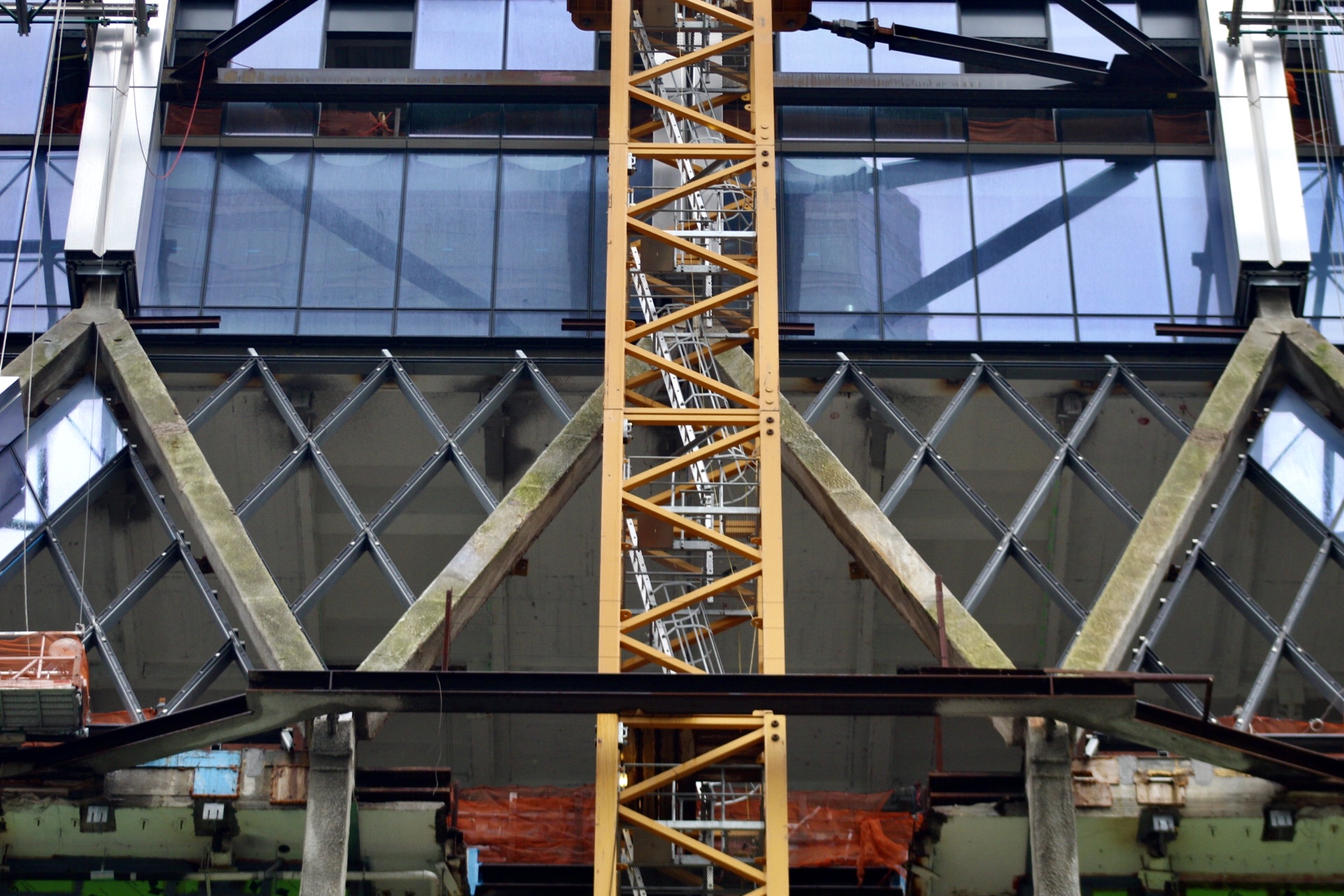 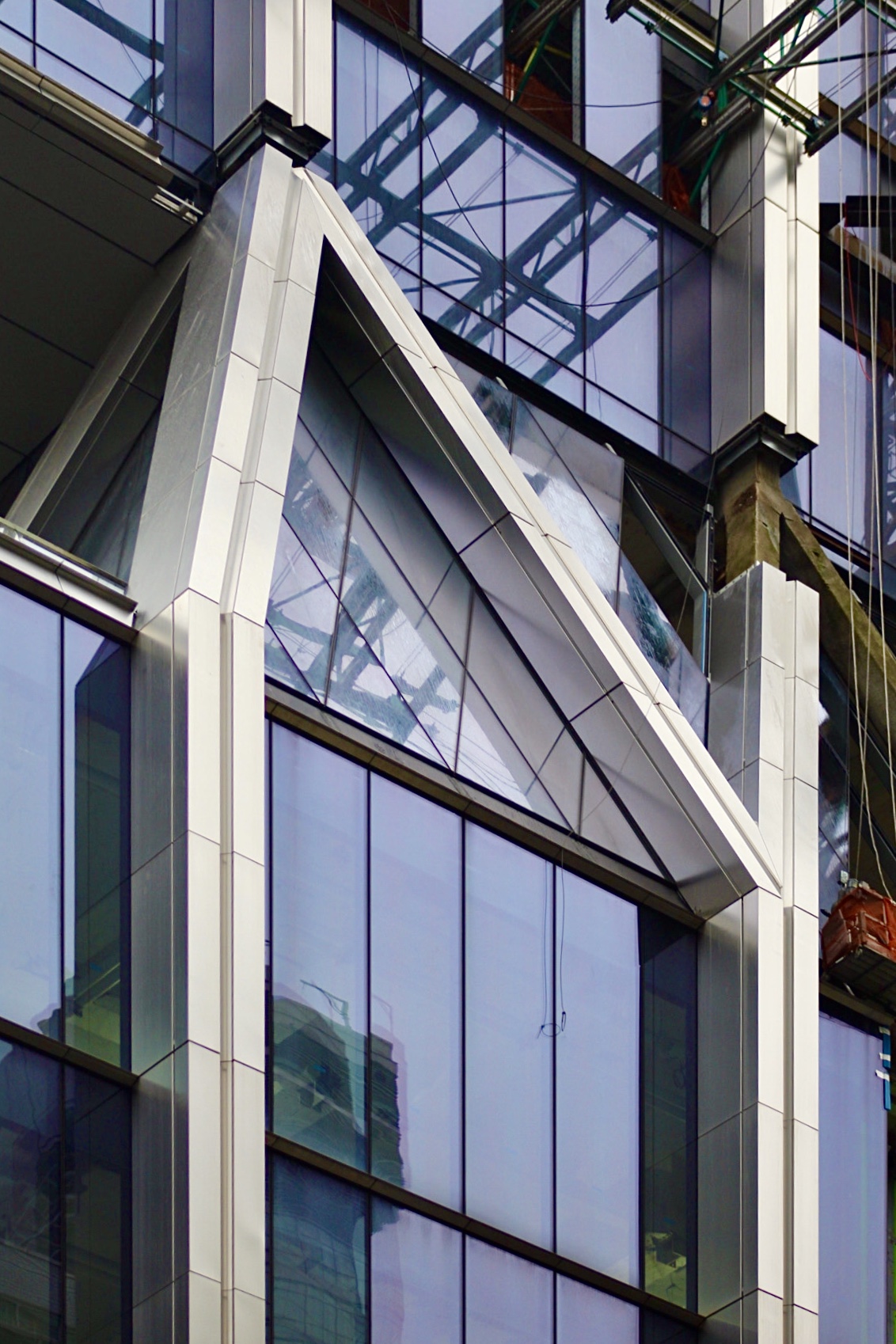 The wide bottom tier of the superstructure is part of the original 425 Park Avenue. The 388-foot-tall Modernist-style building was designed by Jacobs & Kahn and completed in 1957. The upper half of the structure was demolished several years ago and construction proceeded on top of the remaining levels, a different approach than is being undertaken nearby at 270 Park Avenue. Both projects involve the replacement of mid-century office buildings, but 270 Park Avenue is being fully razed to permit the construction of a completely new skyscraper.

Although not a supertall, the trio of fins atop Foster’s creation will make a bold statement when they are illuminated at night.

425 Park Avenue is expected to be finished sometime next year.