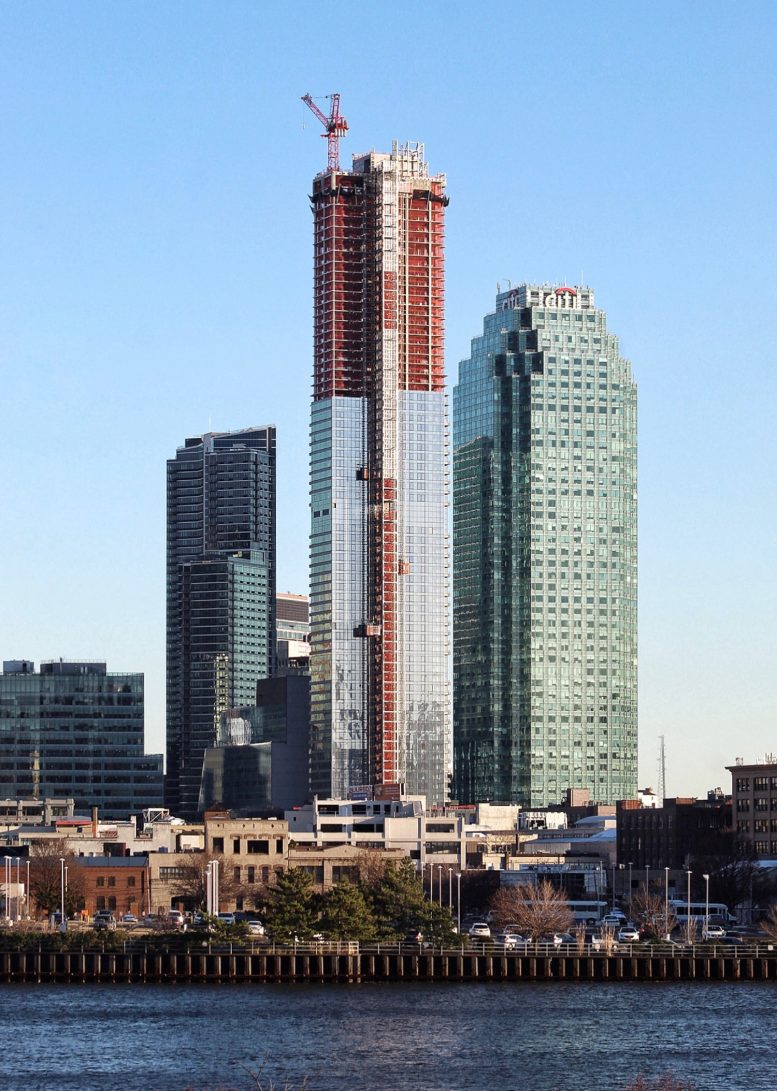 Work has begun on the crown of Skyline Tower, aka 23-15 44th Drive, the 21st tallest building under construction in YIMBY’s annual December countdown. The reinforced concrete superstructure topped out over Long Island City at 778 feet tall, making it the current tallest skyscraper in Queens and the outer boroughs. The project is designed by Hill West Architects and developed by United Construction & Development Group, FSA Capital, and Risland US Holdings LLC. Modern Spaces is the exclusive marketing and sales agency for the 802 residences, which are designed by Whitehall Interiors.

Photos below taken from Roosevelt Island and above the city show the full profile of the western elevation and its dominance over the downtown neighborhood. Parts of the crown on the southern profile are beginning to be assembled, constructed from steel and a set of sloped tops. Renderings depict what could be some sort of translucent glass that will eventually encase the framework. The exterior elevator hoist is still up and attached to the building as the reflective glass curtain wall continues to rise. 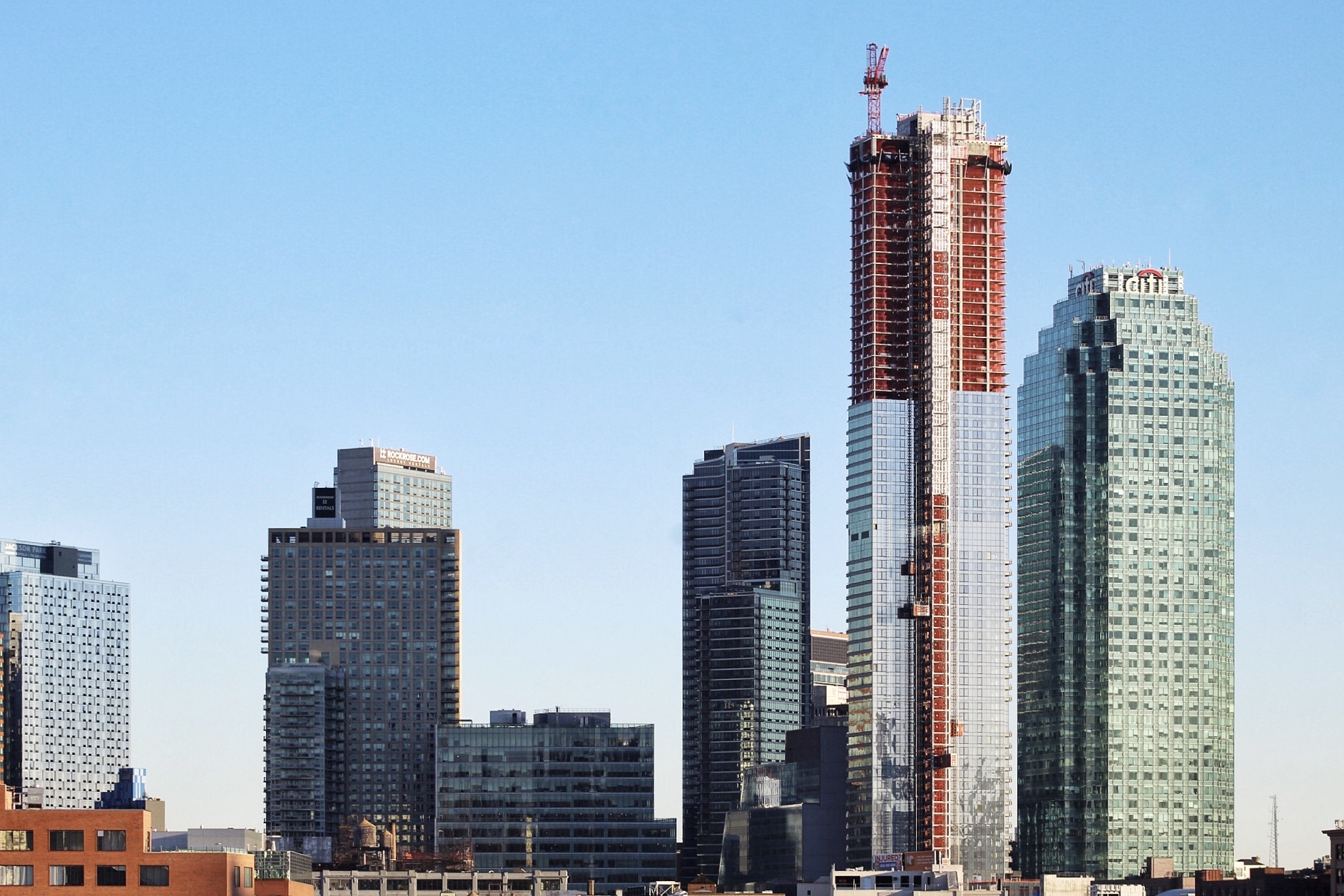 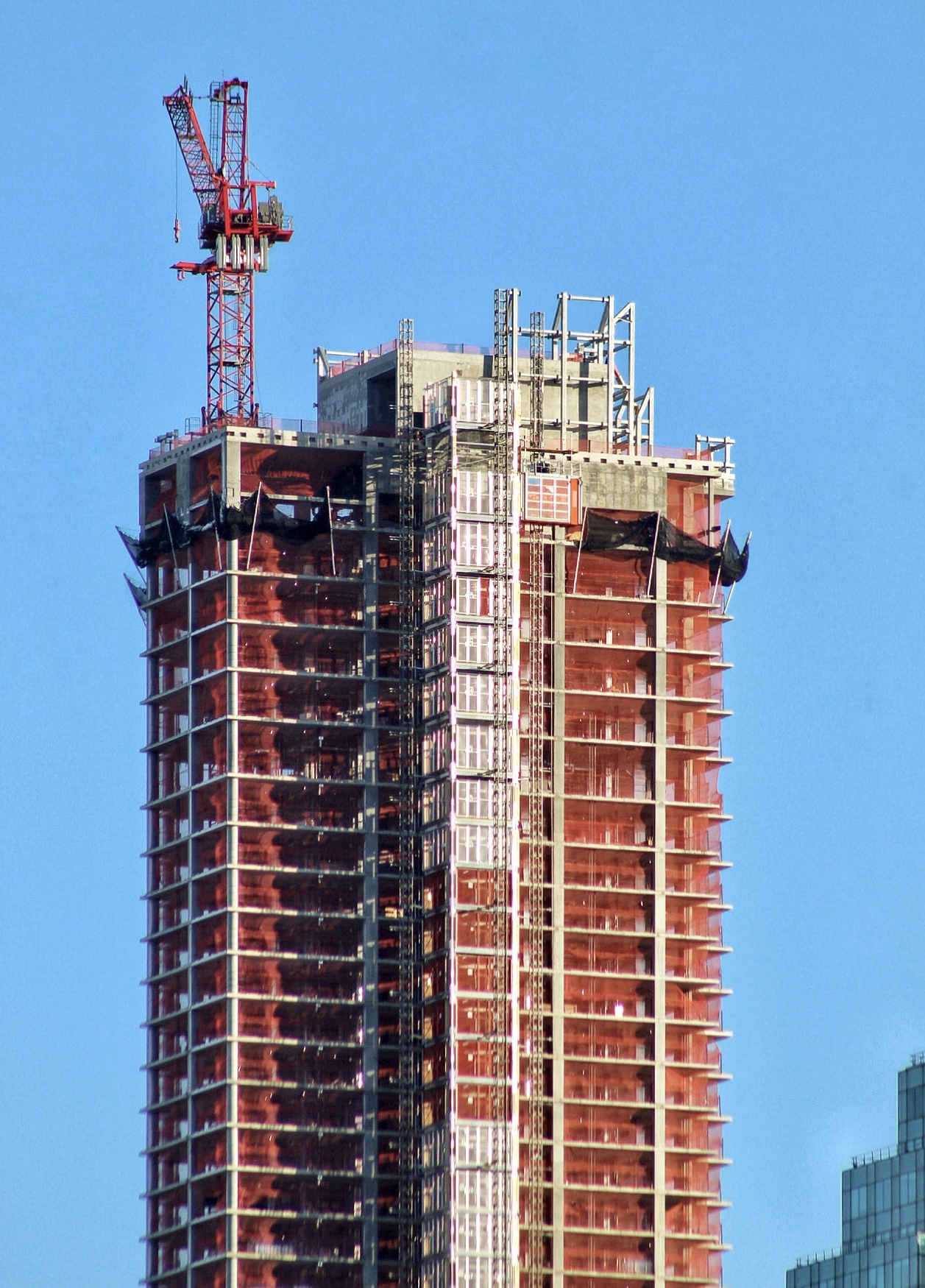 The top of Skyline Tower. Photo by Michael Young 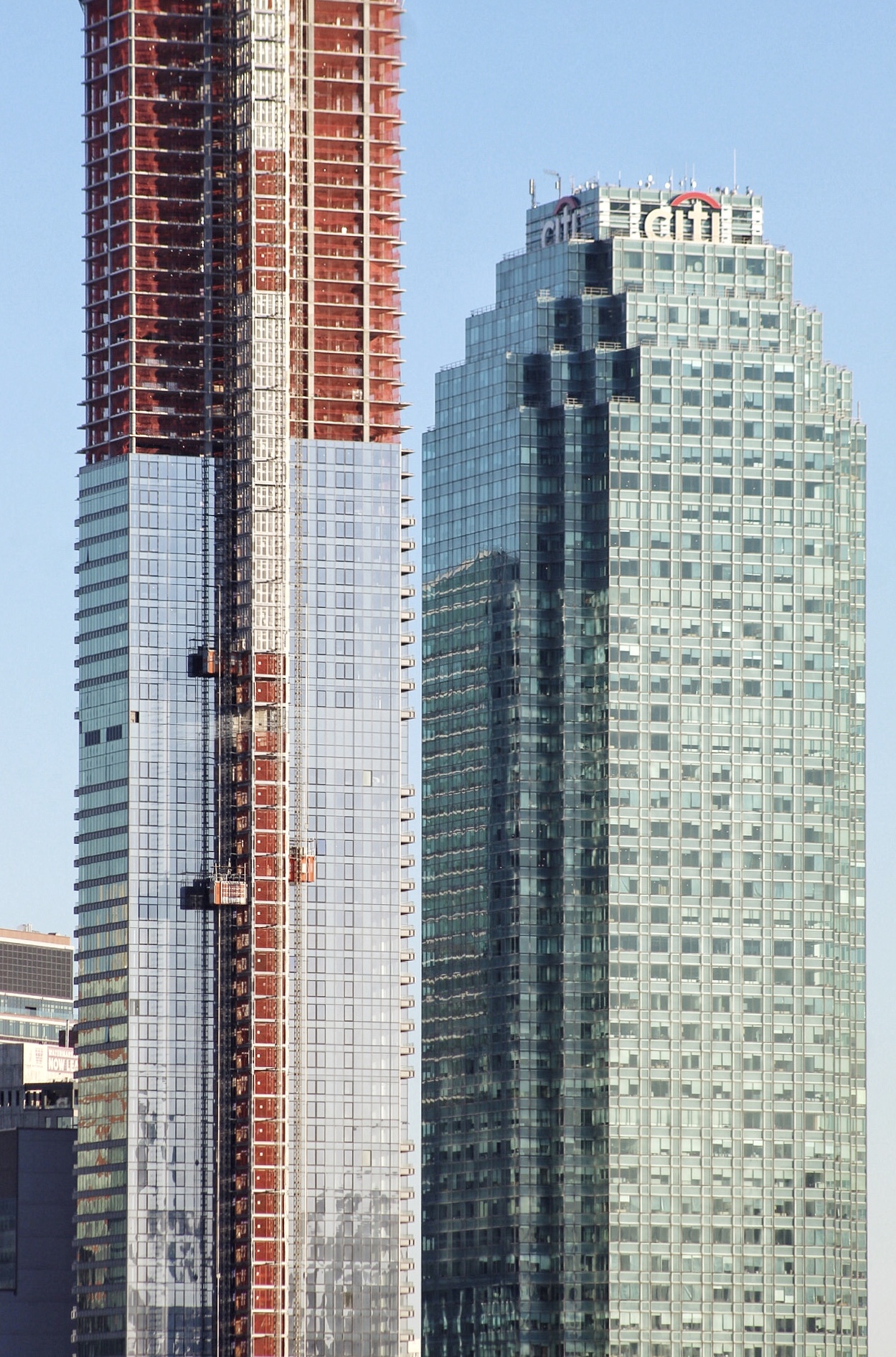 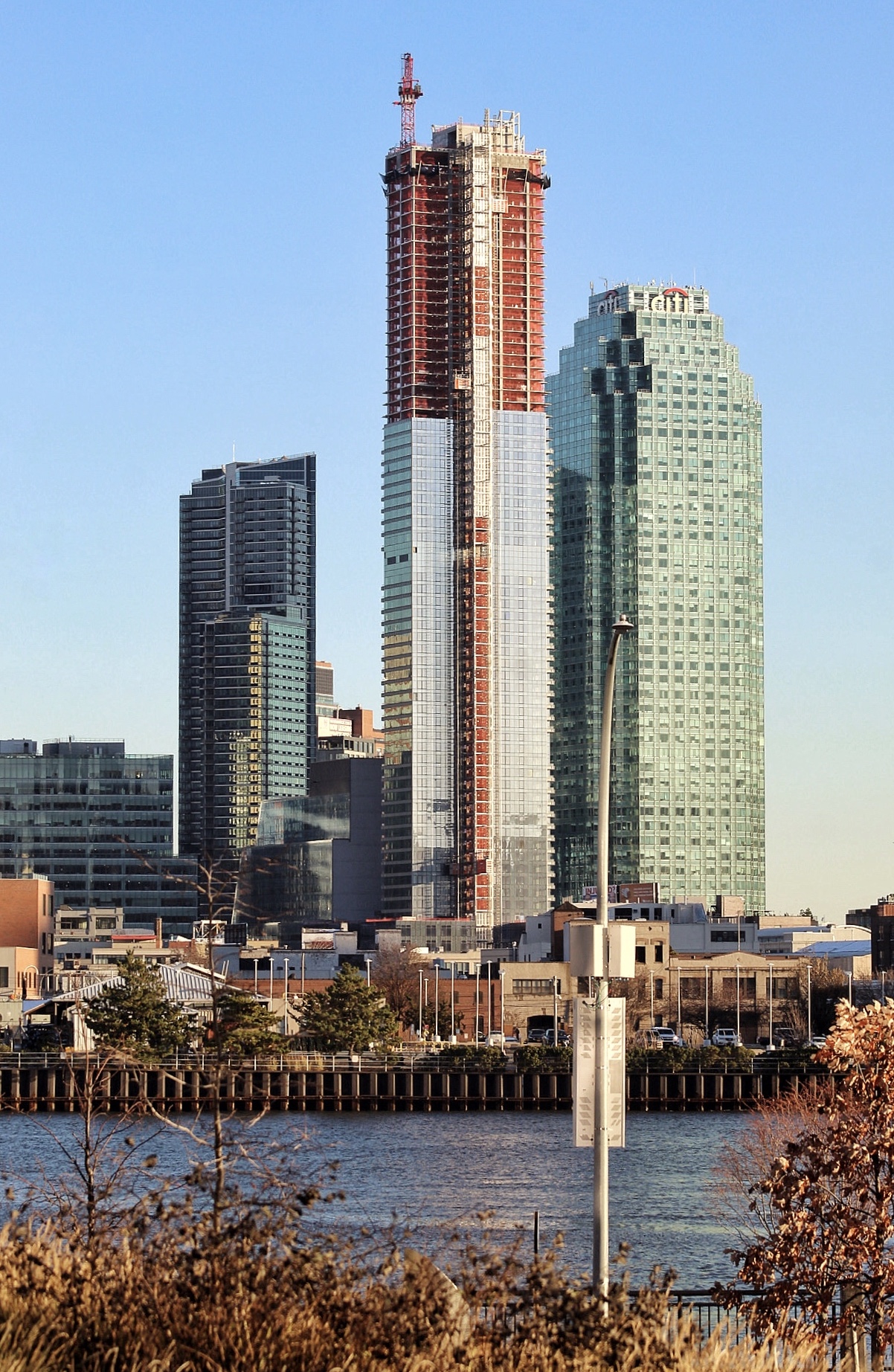 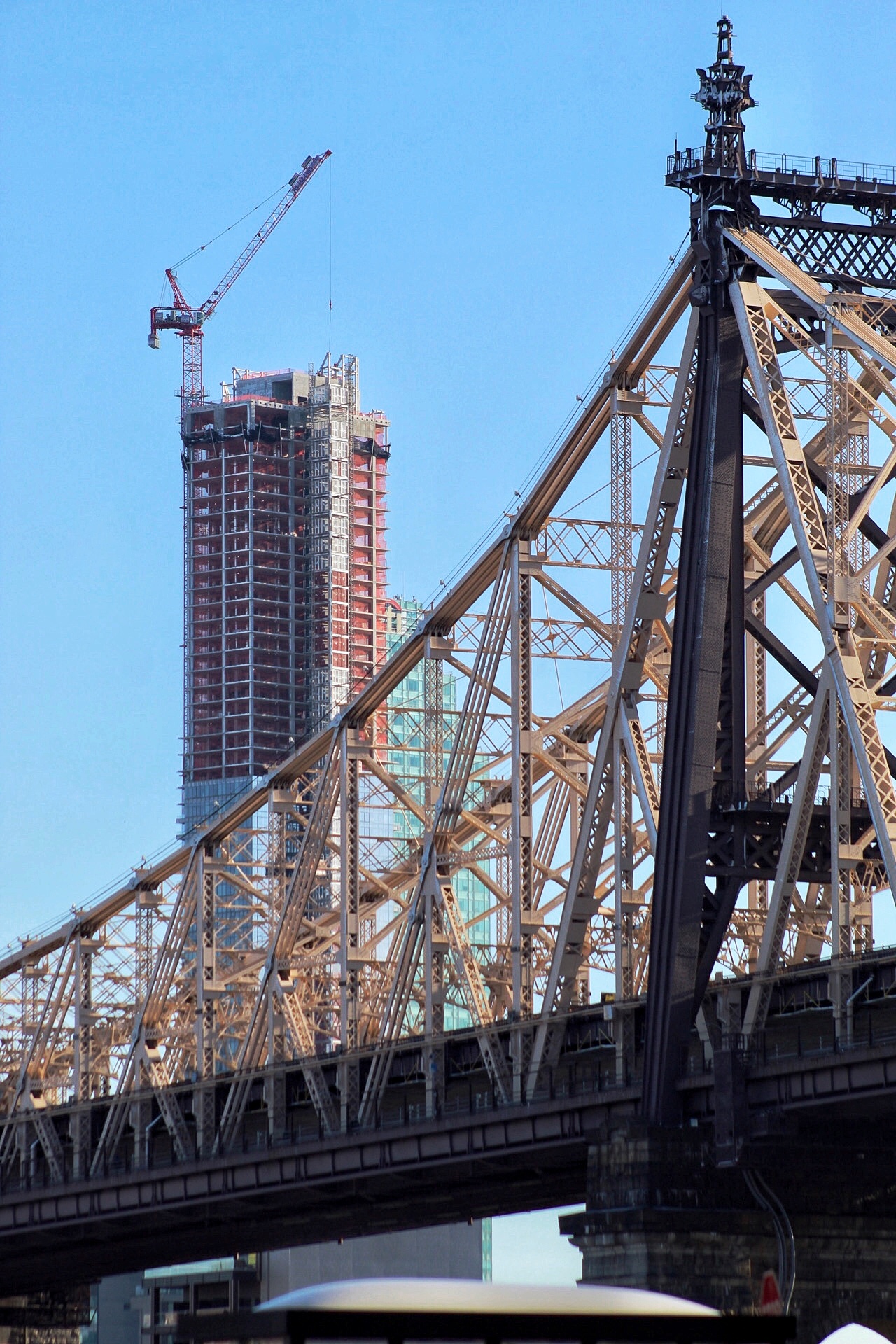 The top of Skyline Tower and the Queensboro Bridge. Photo by Michael Young 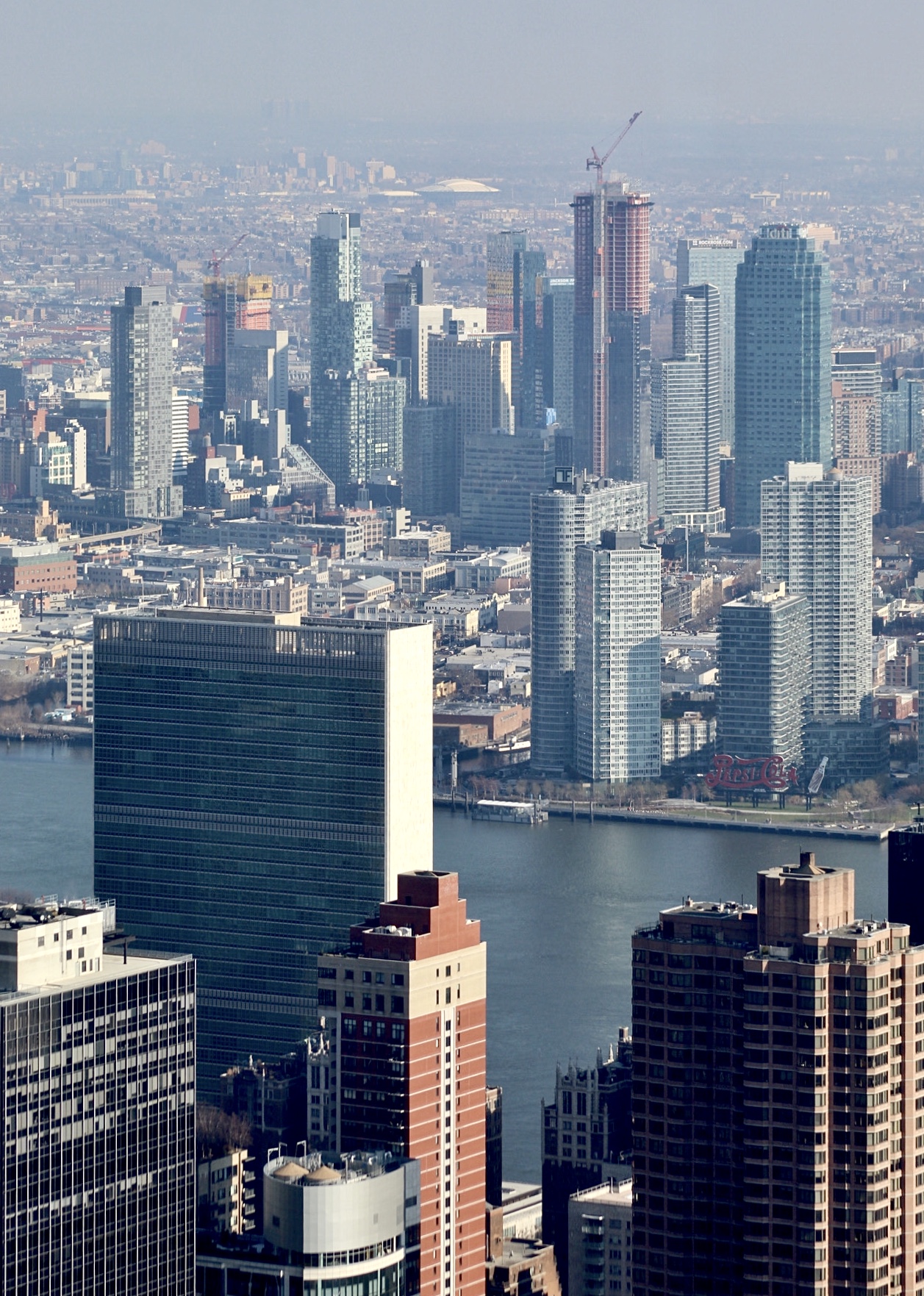 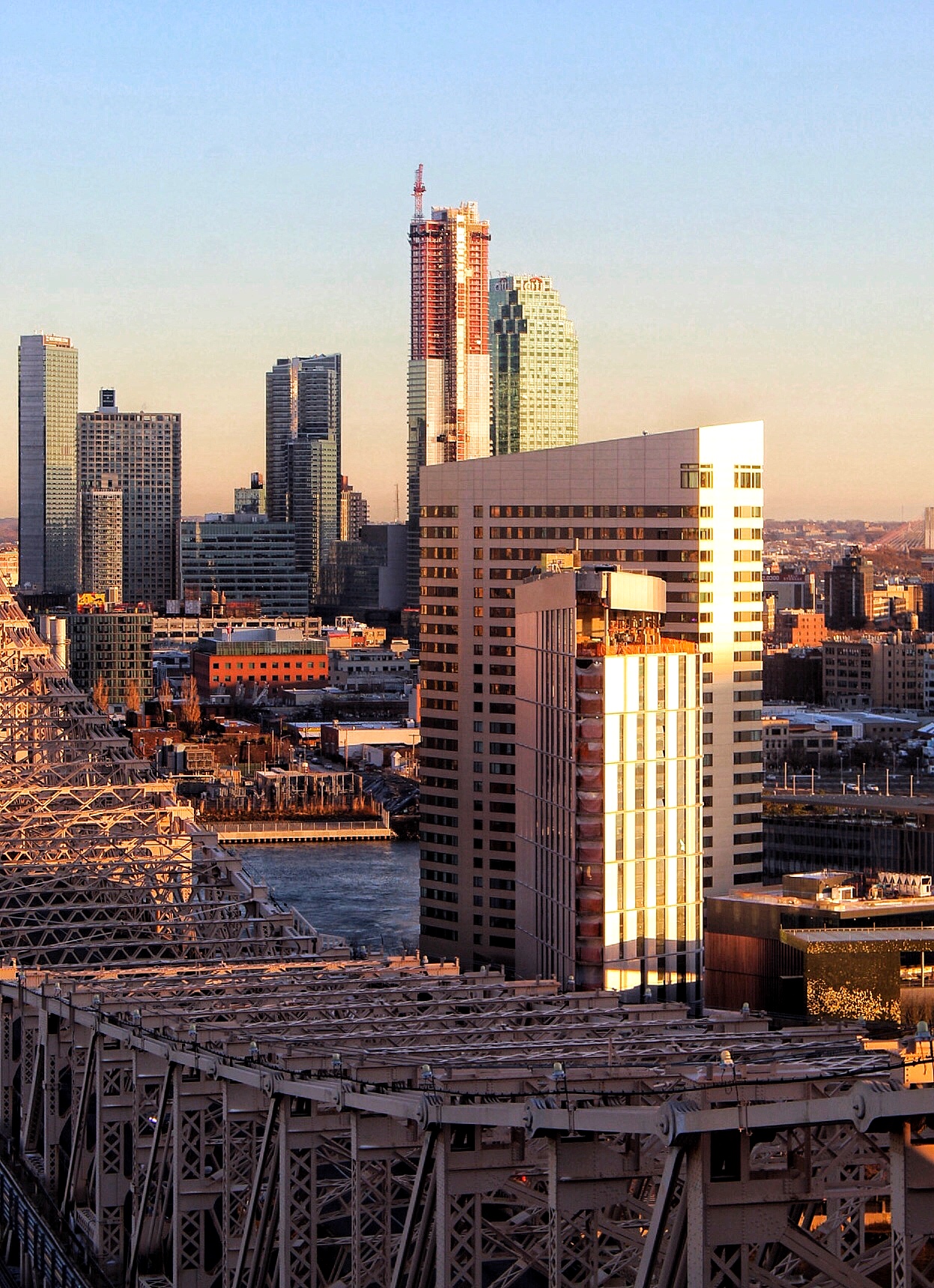 Skyline Tower seen in the background behind the Cornell Tech campus. Photo by Michael Young 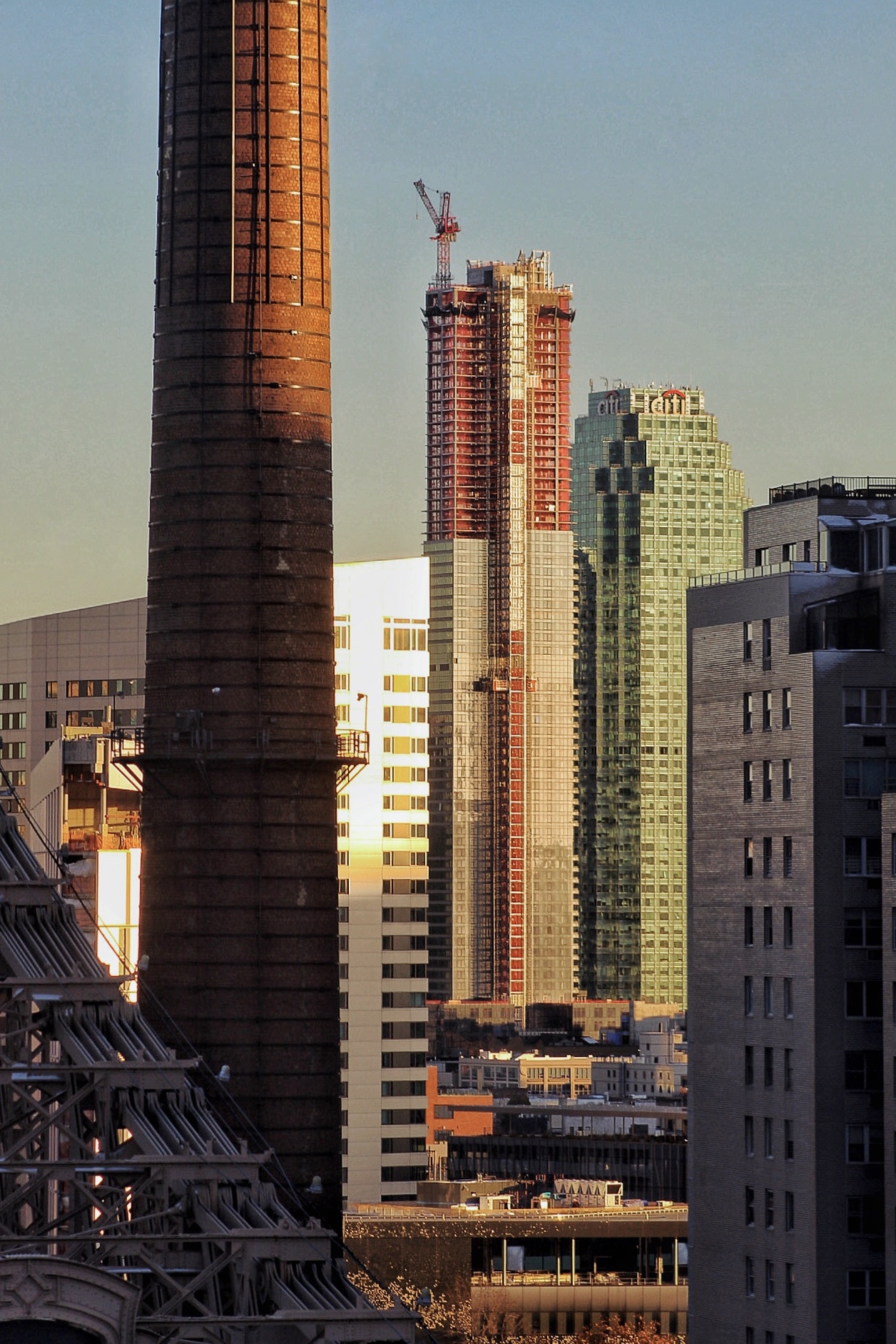 YIMBY’s first 2019 coverage on Skyline Tower was back in April, when the property was less than a third of the way up and workers had just begun to install the first several panels of glass. Construction vertically soared to the roof parapet over the summer and quickly topped out in mid-October.

The homes will range in price from $500,000 to $4 million and provide uninterrupted views of the Midtown and Lower Manhattan skylines. Icons such as the Empire State Building, the Chrysler Building, One World Trade Center, and other rising contenders like One Vanderbilt, the Hudson Yards complex, and the supertalls of Billionaires’ Row can all be clearly seen looking west. Abundant morning daylight exposure and sunrises to the east, as well as views of the downtown Brooklyn skyline and the Verrazzano-Narrows Bridge round out the vistas available to future residents. Modern Spaces sold more than $223 million in inventory since the soft launch back in May.

The closest subway lines such include the 7, E, G, M, N, R, and W trains, while access to the Manhattan-bound ramps of the Queensboro Bridge are a short drive from Skyline Tower. There is also close access to the Queens Midtown Tunnel via 21st Street.

Completion of the nearly $1 billion development is expected next year.