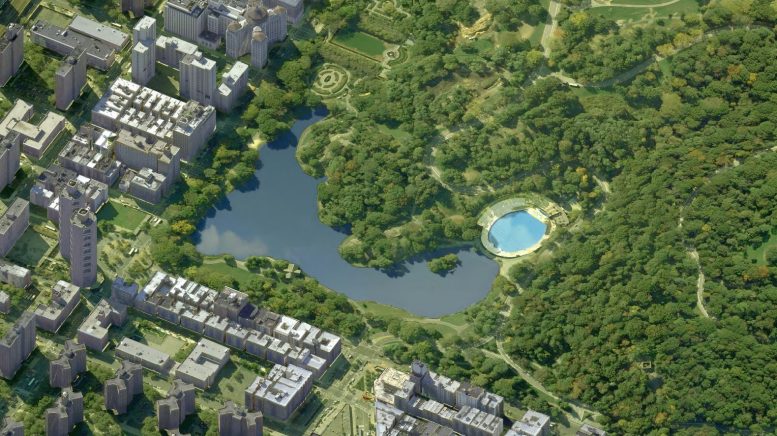 The Harlem Meer is a man-made lake surrounded by a dense treeline at the northeastern boundary of Central Park. Located between 106th and 108th Streets, the Lasker Skating Rink and seasonal Swimming Pool were completed in 1966 and sit adjacent to the Harlem Meer.

Plans to update the skating rink and pool were originally announced in 2015. Beginning in September of this year, Susan T. Rodriguez Architecture Design and the Central Park Conservancy have presented the project at community board meetings in neighborhoods that surround the park.

Scope of renovation includes replacement and expansion of existing facilities, repairs to the surrounding landscape with a focus on vegetation and hydrology, new pedestrian pathways, and improvements to overall circulation and accessibility of the space. New surrounding areas include a splash pad, a pergola at the nearby shore of the lake, a boardwalk, bike parking, and a pedestrian overlook. At the deck level, the design team has proposed lifeguard locker rooms, staff offices, family changing rooms, and an ice resurfacer. 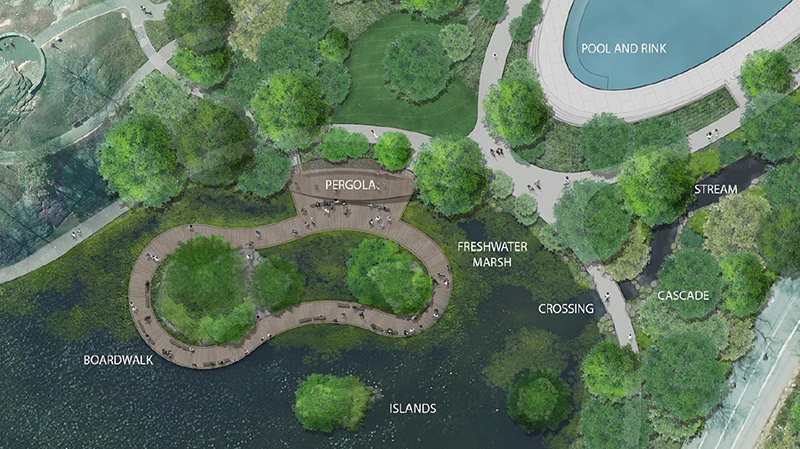 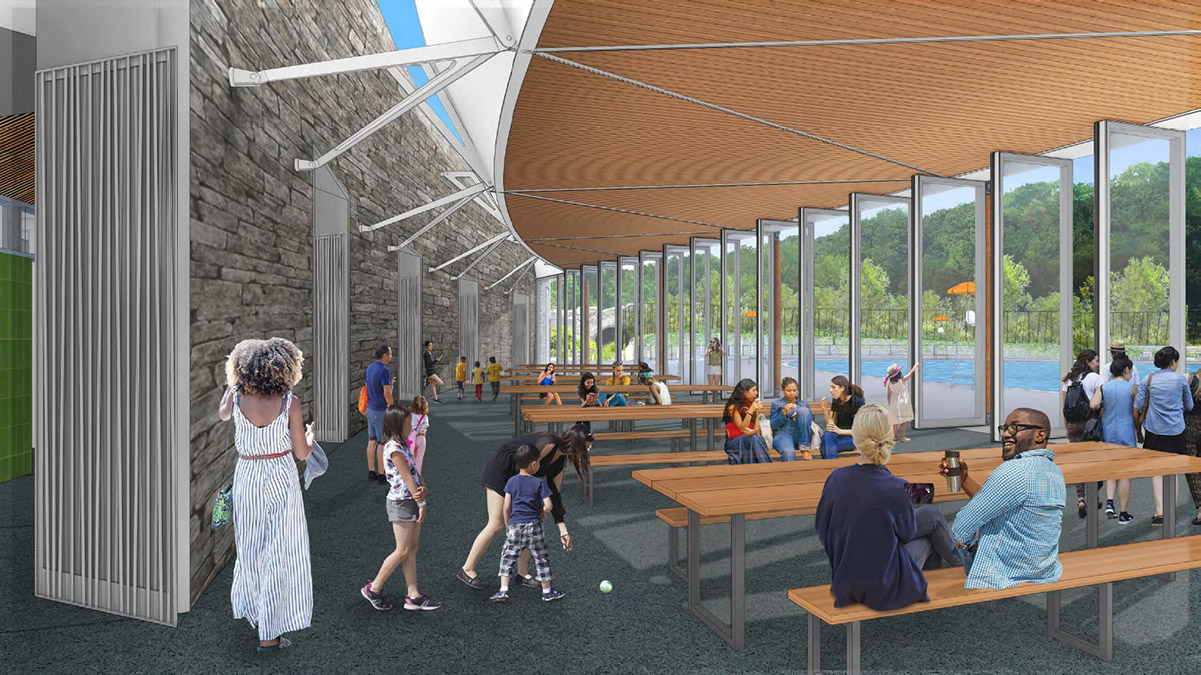 Another major goal of the project includes improvements to visual sightlines in areas surrounding the seasonal rink and pool. Proposal documents from the design team, the conservancy, and the Parks Department assert that the facility obstructs “one of the most stunning views in the Park.” The structures also act as a physical barrier blocking the flow of water from The Loch to the Harlem Meer.

Construction on the project has not begun as city agencies and local community boards work to arrive at an agreement over the final scope of renovation.

Illustration depicts existing sightlines at the pool and rink [left] and how viewability of the surroundings would be improved through alterations – Susan T. Rodriguez Architecture Design