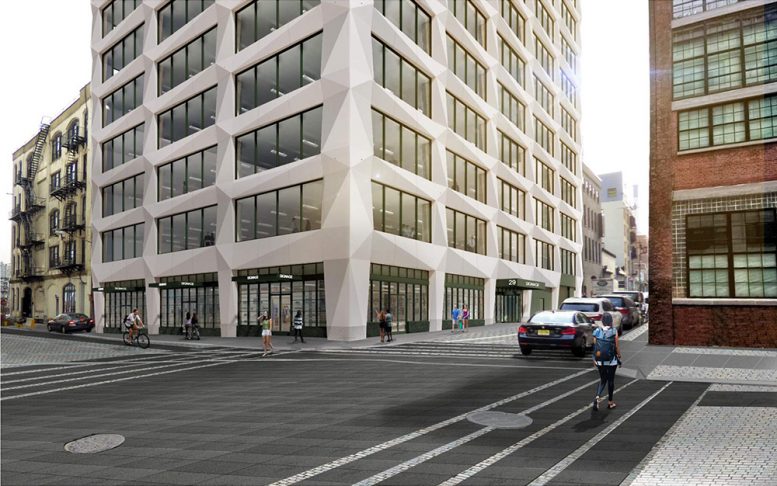 The Landmarks Preservation Commission (LPC) will soon review updated proposals to redevelop a two-story warehouse into an 11-story commercial building at 29 Jay Street in Brooklyn. Designed by Marvel Architects, the updated proposals refer specifically to the building’s façade and required mechanicals on the roof level.

The floor span of the ground level has been increased from 16 feet to 17.5 feet to achieve additional clearance for the loading dock. The architects have also reduced the height for most of the building’s steel awnings and signage details. 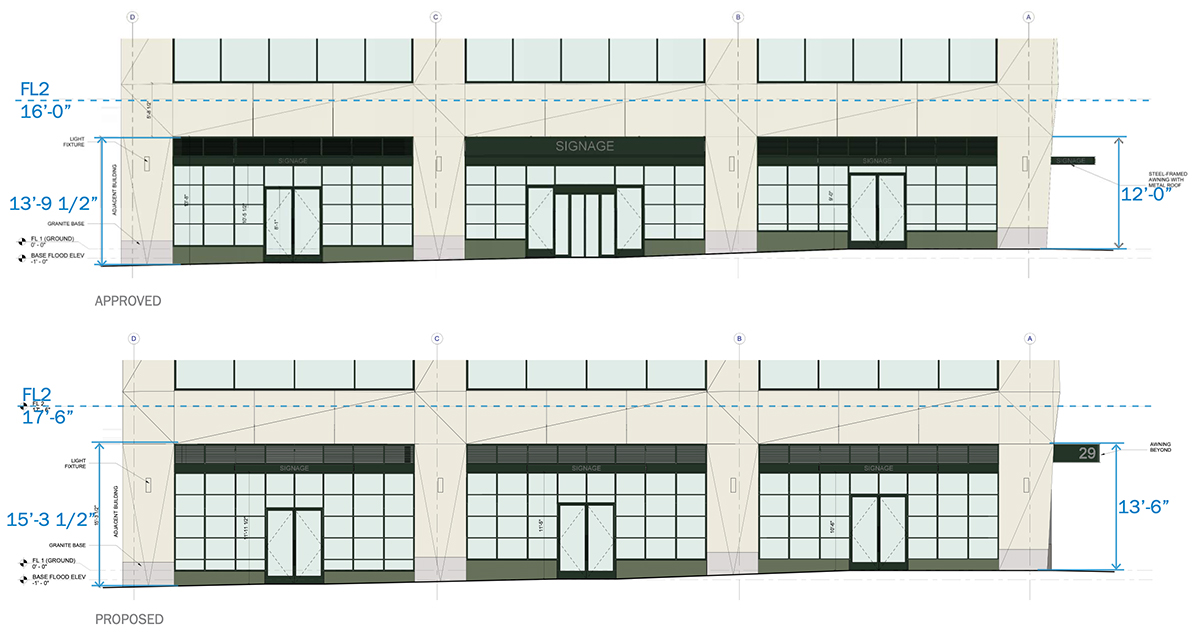 Rendering of the proposed façade at 29 Jay Street – Marvel Architects 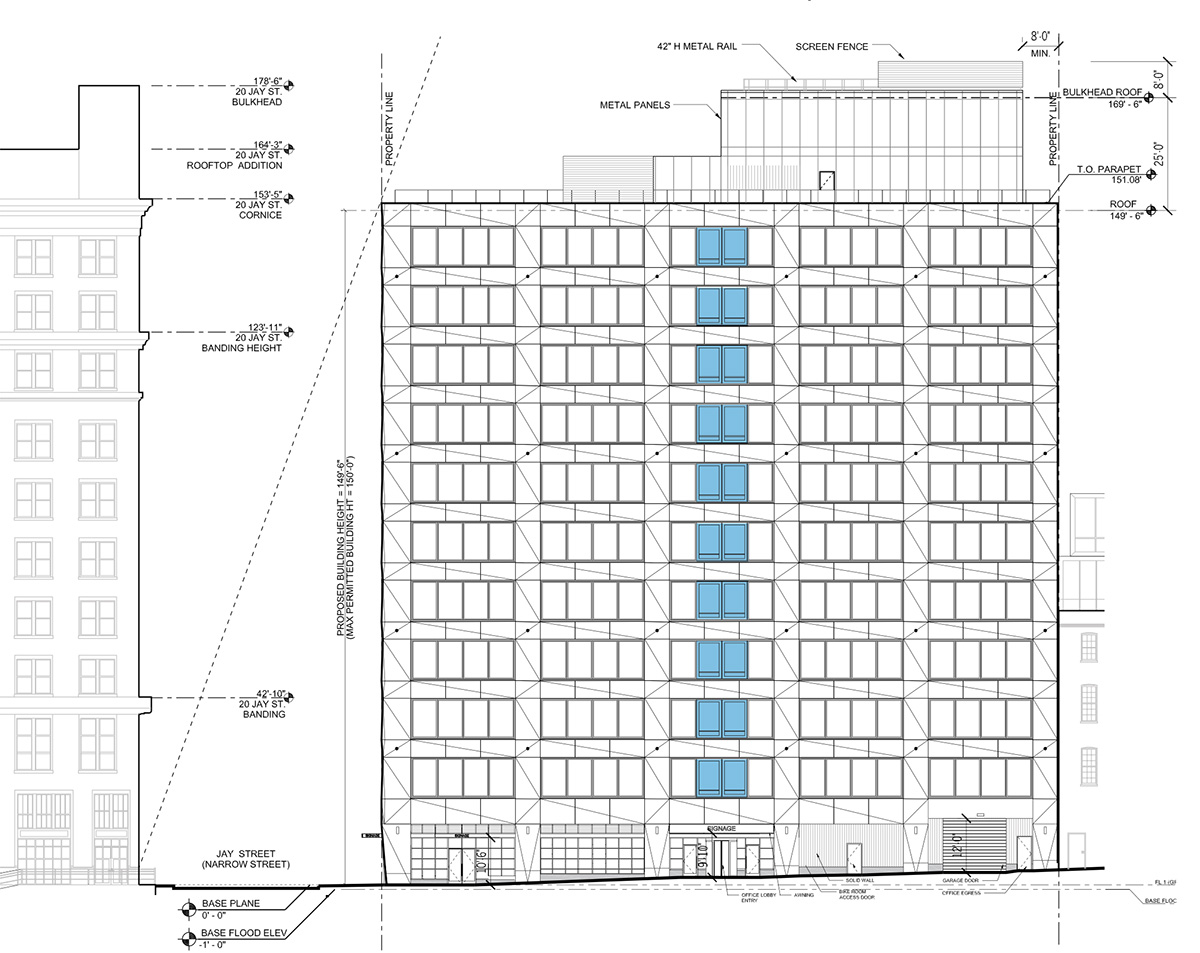 To accommodate the mechanical equipment, the size of the originally proposed bulkhead and metal louver are larger than what was originally presented to the LPC. This will also affect the height of the building, which would now rise approximately 150 feet to the roof level, with an overall height of 178 feet.

The property’s location in the DUMBO Historic District requires a certificate of appropriateness from the LPC. A public hearing for the project is currently scheduled for Tuesday, June 30. 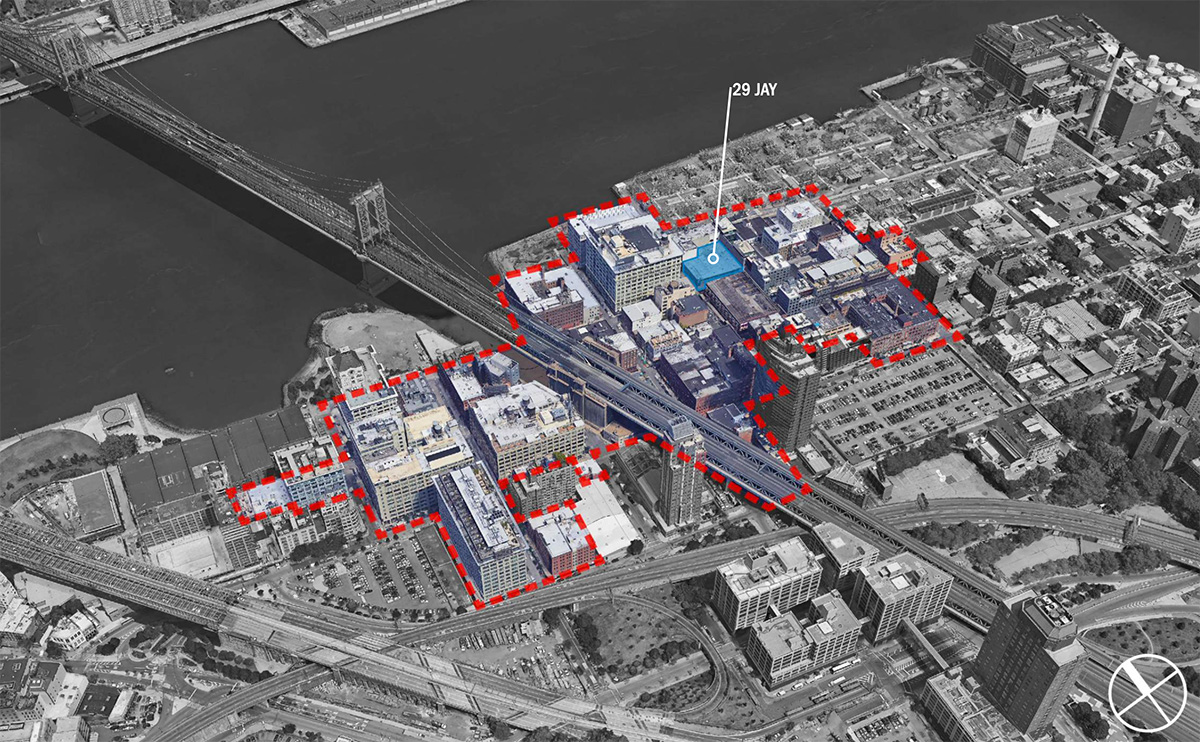