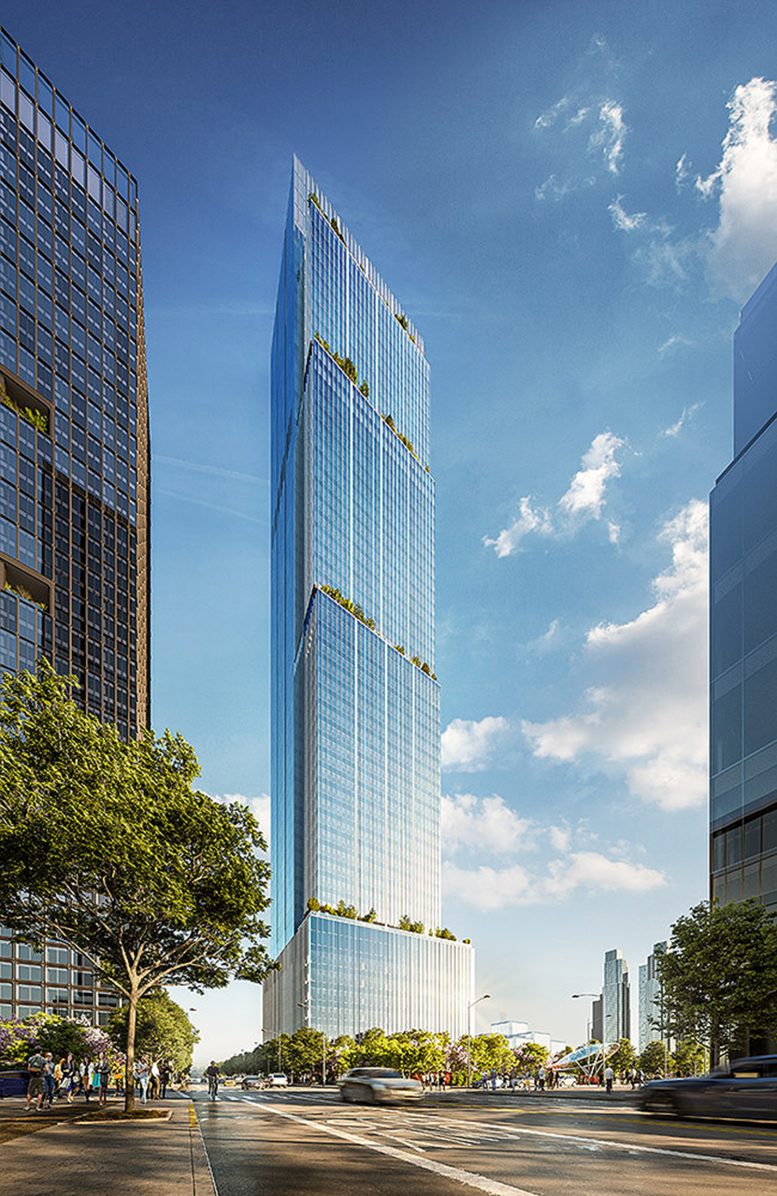 Rendering of 3 Hudson Boulevard. Rendering by Boston Properties and The Moinian Group

Recent photos show most of the ground-floor slab at street level. Large bundles of L-shaped steel rebar are neatly piled across the site, waiting to be placed into position. There are also a number of steel members poking above the sub-level portion of the project, which look like the columns that will form part of the core of the edifice. We have yet to see the assembly of the construction cranes to help raise the skyscraper. 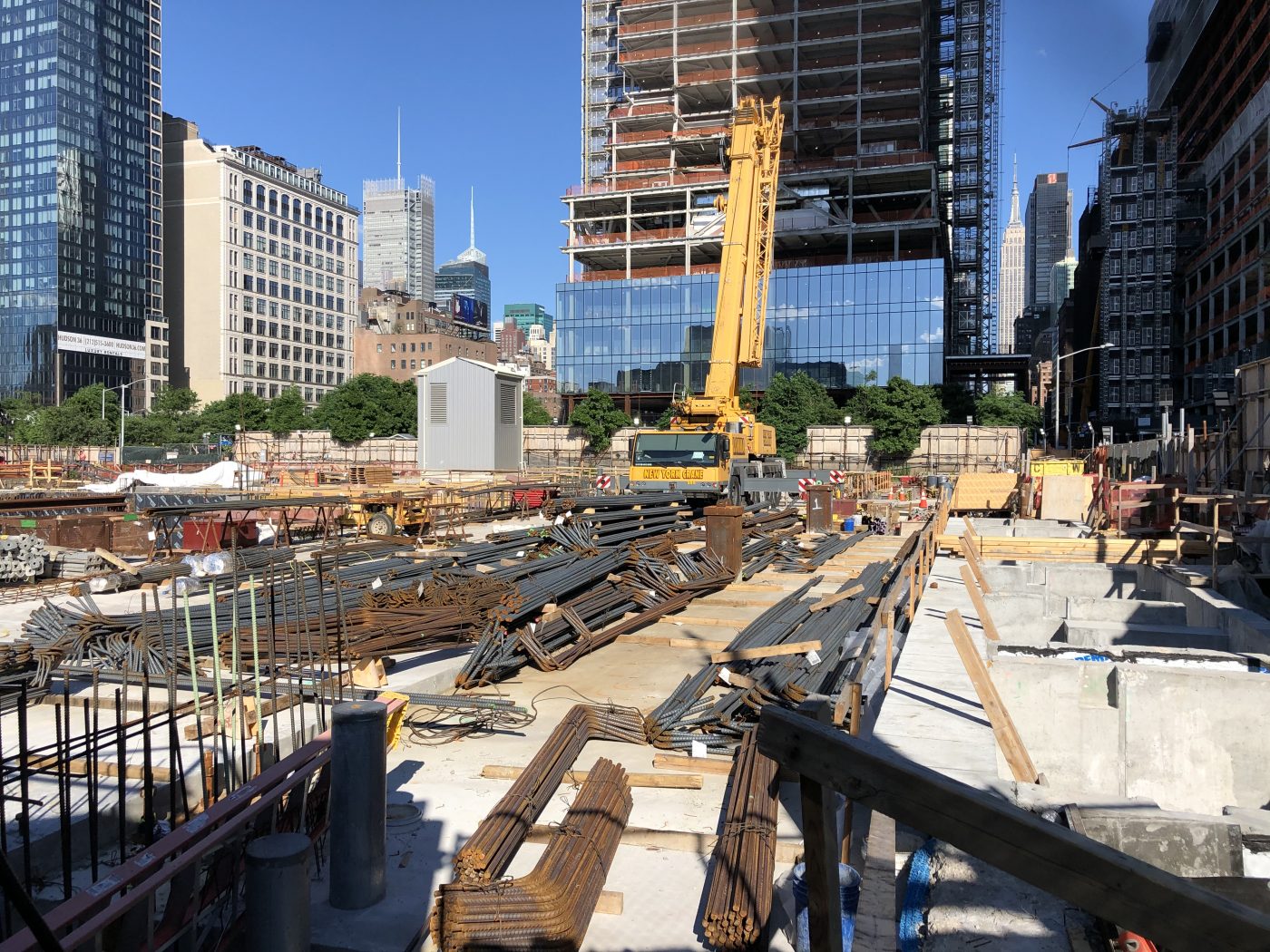 Below is an unofficial visualization of Three Hudson Boulevard superimposed on the skyline, based on the latest rendering from Boston Properties and The Moinian Group. This gives a general sense of the presence of the structure, although the latest figure of 940 feet tall would result in a slightly lower overall height, about 25 feet above that of 15 Hudson Yards, as seen on the far right of the image. The outside envelope will have a glass curtain wall with what looks like shallow setbacks at several points in the height of the skyscraper. 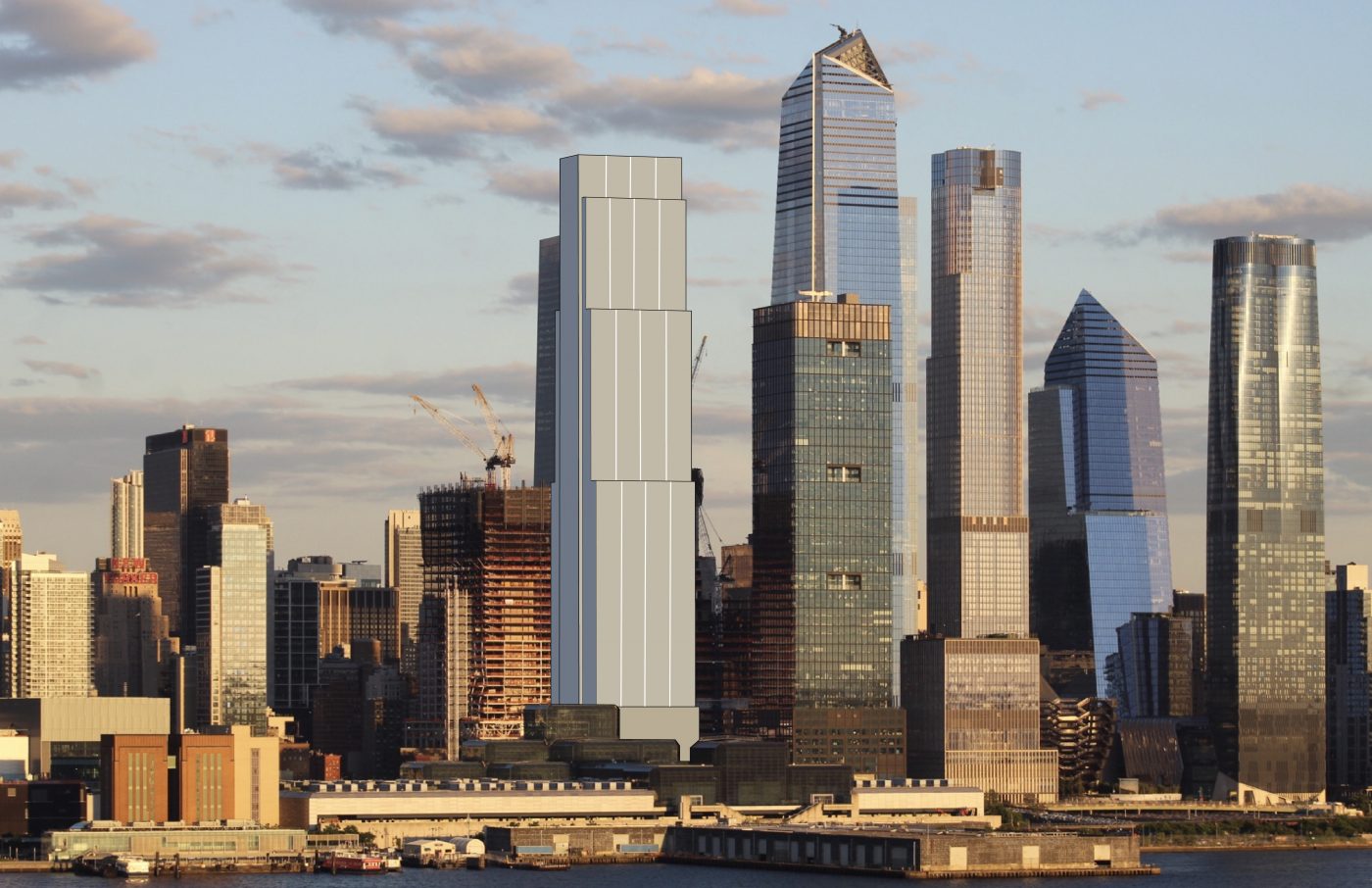 The site is located on a full-block parcel, bound by Eleventh Avenue to the west, West 34th Street to the south, Bella Abzug Park and Hudson Boulevard to the east, and West 35th Street to the north. The multi-story podium will house one anchor tenant occupying 50,000-square-foot floor plates and ceiling heights in excess of 16 feet, while the main building itself houses the second tenant with 35,000-square-foot floor plates. Each tenant will have two separate entrances. 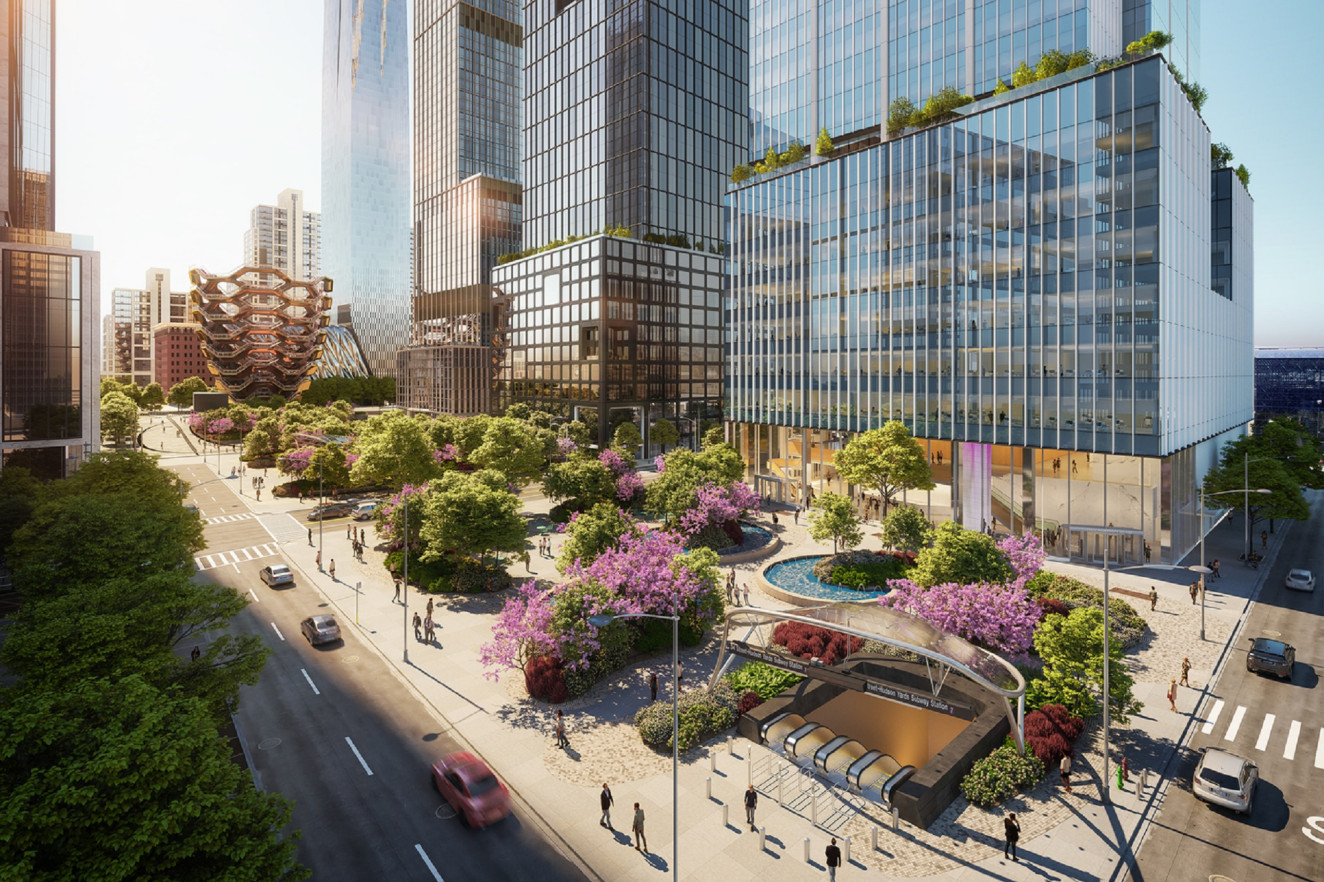 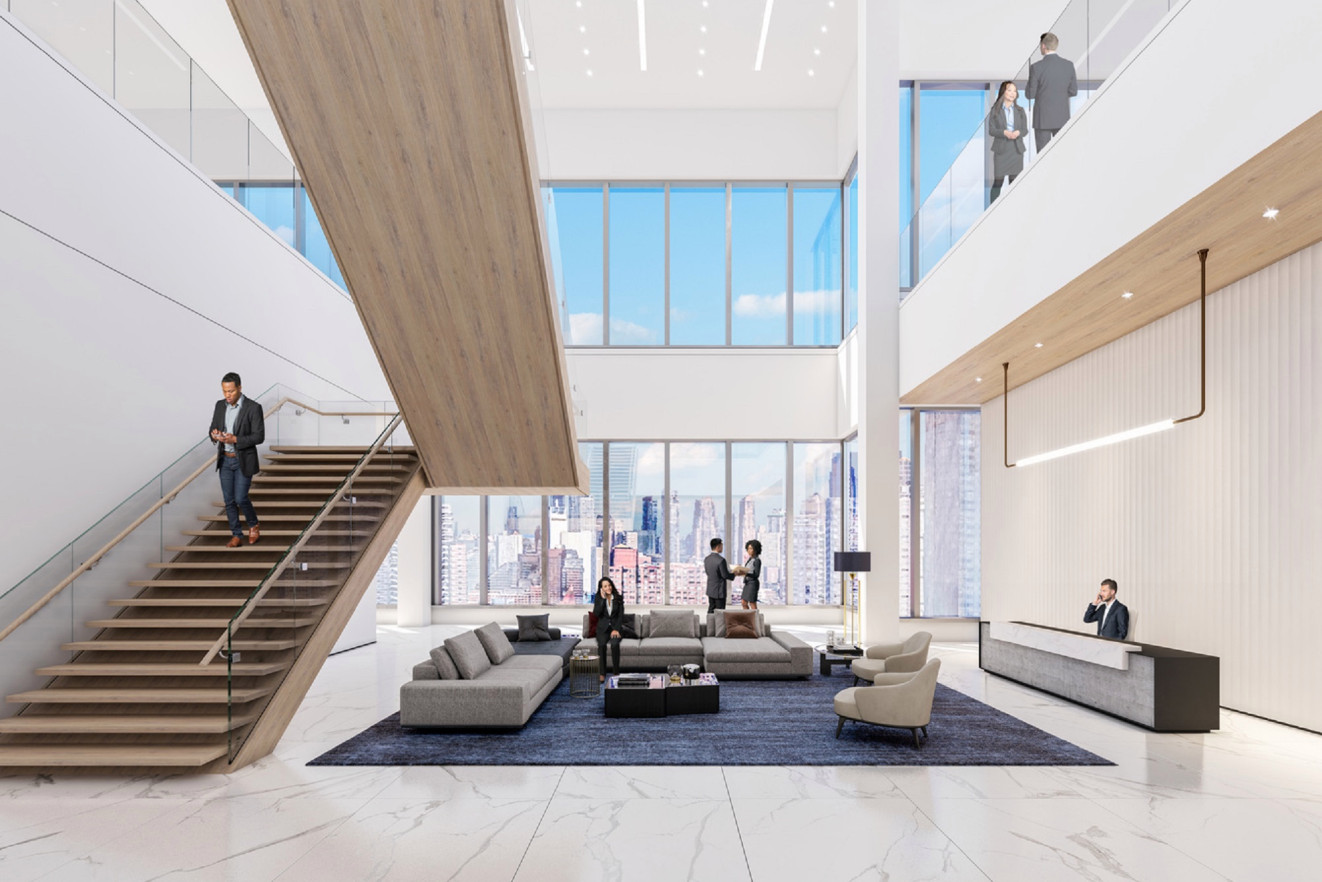 Three Hudson Boulevard was announced to be completed by 2023.