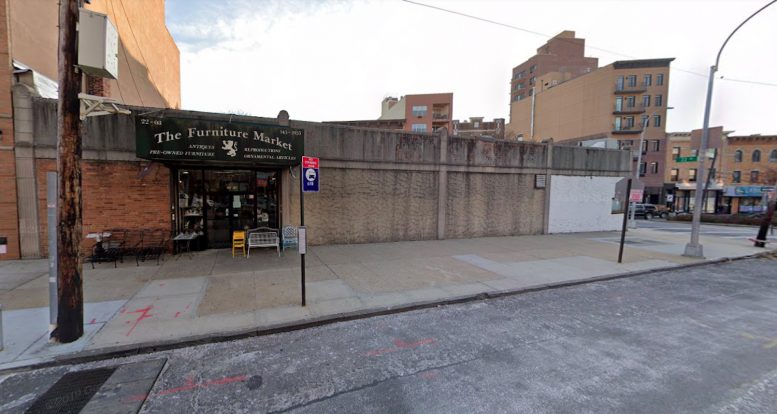 Permits have been filed for a five-story mixed-use building at 22-02 Astoria Boulevard in Astoria, Queens. Located at the intersection of 23rd Street and Astoria Boulevard, the corner lot is a ten-minute walk to the Astoria Boulevard subway station, serviced by the N and W trains. Herman Carolini under the Newtown 2, LLC is listed as the owner behind the applications.

The proposed 53-foot-tall development will yield 21,189 square feet, with 11,571 square feet designated for residential space and 940 square feet for commercial space on the first floor. The building will have 16 residences, most likely rentals based on the average unit scope of 723 square feet. The concrete-based structure will also have a cellar and eight enclosed parking spaces with attendant.

Be the first to comment on "Permits Filed for 22-02 Astoria Boulevard in Astoria, Queens"