Architectural renderings from Robert A.M. Stern Architects offer a first look at a 20-story residential tower in Carnegie Hill, Manhattan. The new building is now taking shape at 1228 Madison Avenue between 88th and 89th Sgrtreets, just one block away from Central Park.

With ceiling heights ranging from 9.25 to 18 feet, the living rooms are specifically positioned to allow clear views of Central Park, the Jacqueline Kennedy Onassis Reservoir, and the surrounding skyline. Select units will also offer Juliet balconies and private outdoor space.

Amenities include a 24-hour doorman, fitness center with separate training studio, and a landscaped roof terrace with Central Park views. 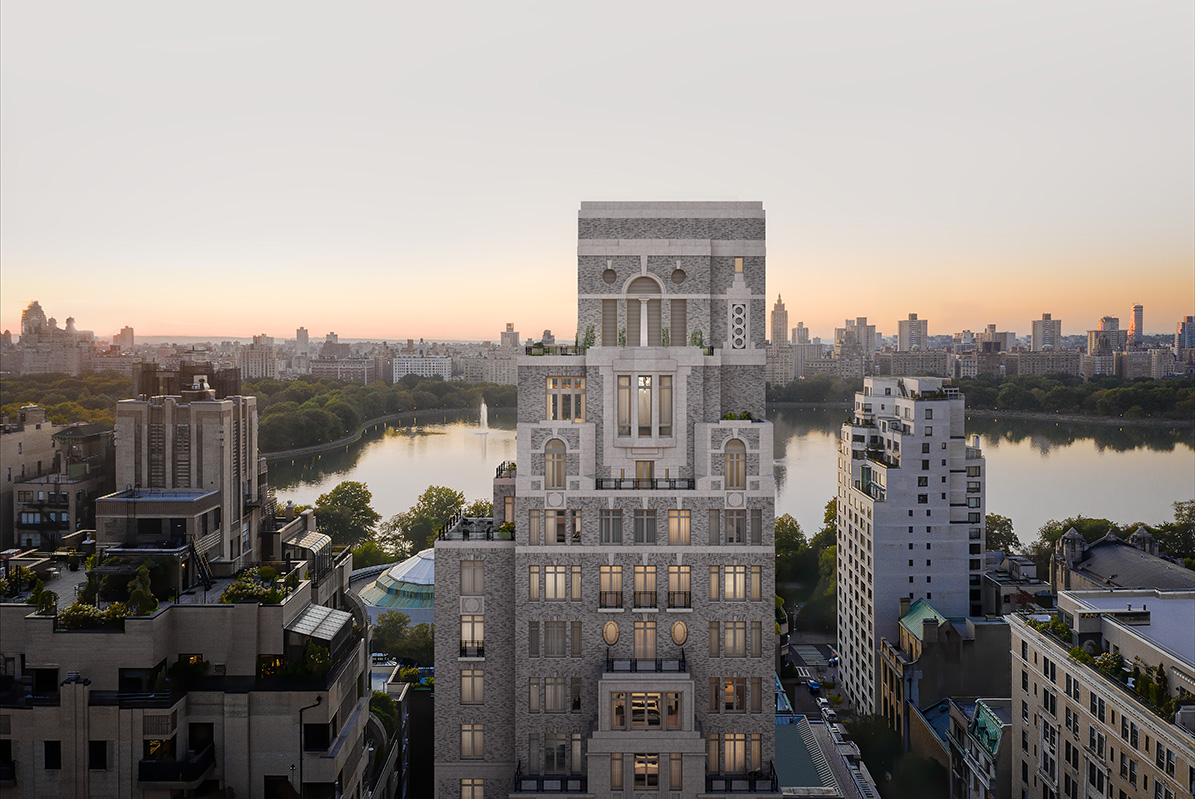 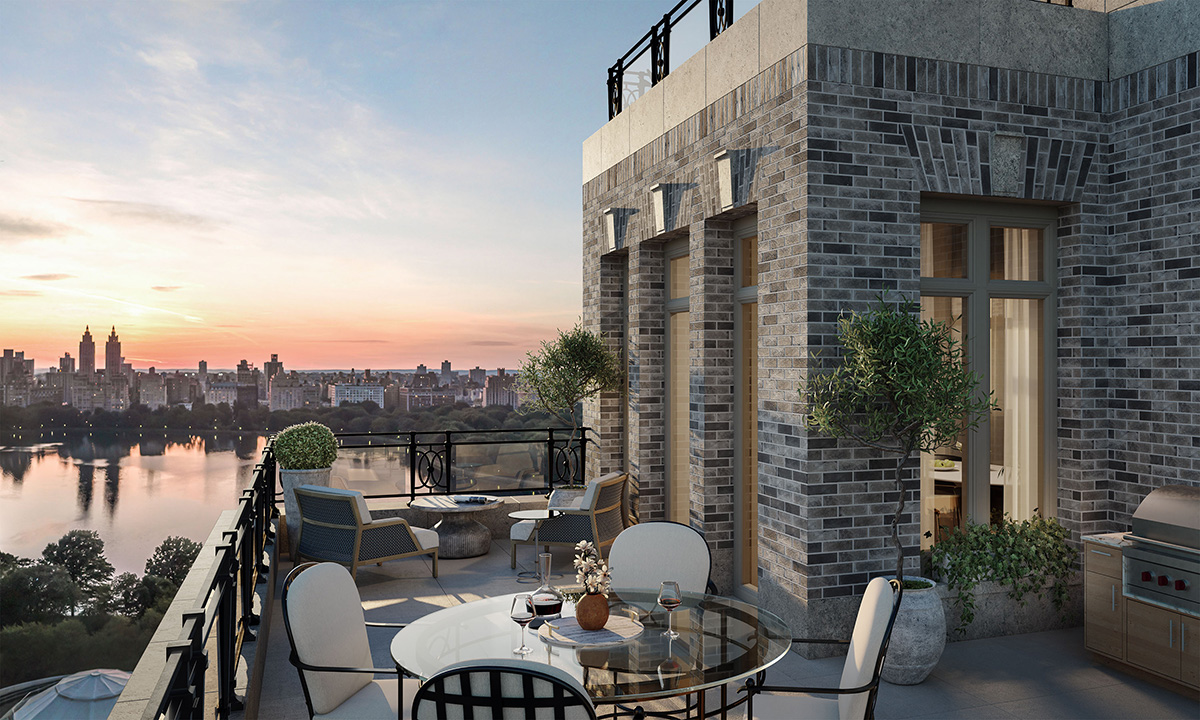 “Taking cues from some of New York’s most admired early 20th-century apartment houses, we’ve elegantly expressed the variety of rooms within by carefully situating windows and terraces on our building’s façades, endowing each full-floor residence with a sense of individuality as the building steps up to its romantic crown,” said Michael D. Jones, a partner at Robert A.M. Stern Architects.

Stern collaborated with interior design group Kelly Behun Studio to instill a modern aesthetic within the each residence. Behun designed each home’s interior to possess its own unique character and charm, while also complementing the traditional elements of the façade. In practice, the nuanced, textured palette features warm shades of whites and creams mixed with light and medium toned woods and a range of European marbles.

“With the interiors at 1228 Madison, we wanted to create an elegant setting to reflect the Classical style of the exterior designed by world renowned Robert A.M. Stern Architects,” said Kelly Behun, the founder and owner of her eponymous studio. “Every detail within the building, from the chevron oak floors to the burnished nickel finish on the custom P.E. Guerin door hardware I designed for each residence, has been carefully chosen to create a harmonious environment that feels very classic but with a unique and modern twist.” 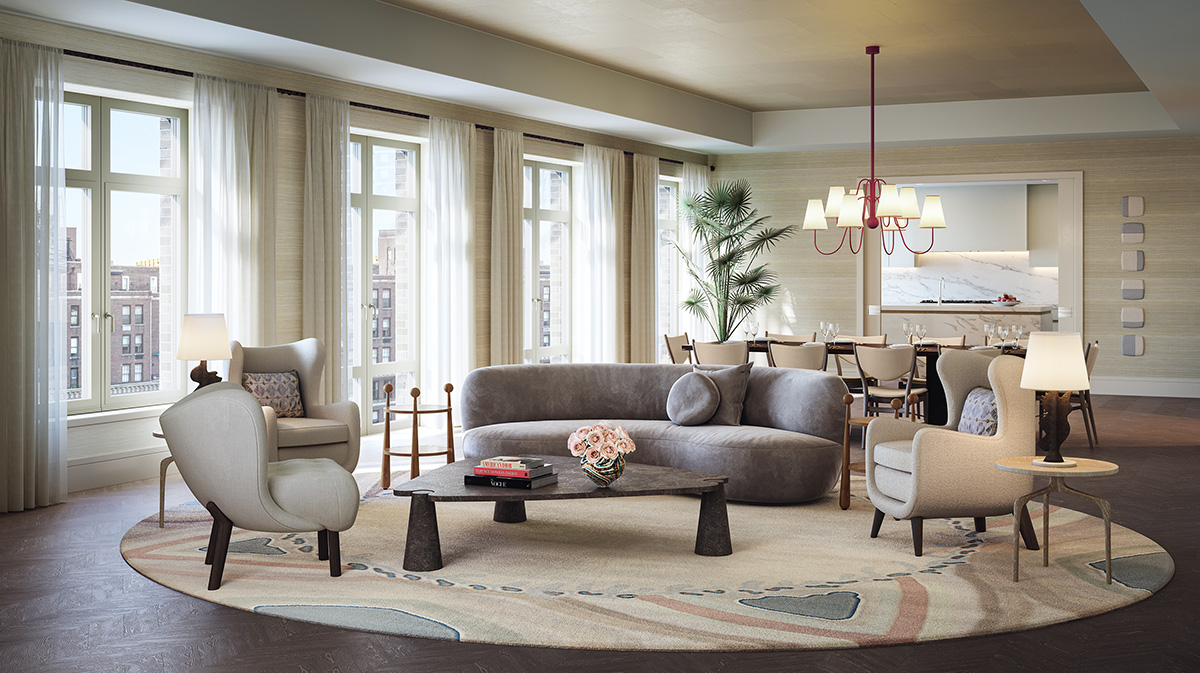 CBSK Ironstate is the primary development group responsible for the property and represents a long-standing partnership of CB Developers, SK Development, and Ironstate. According to the team, the first on-site model residence is estimated to be unveiled in the first quarter of 2021, with occupancy expected by the third quarter.