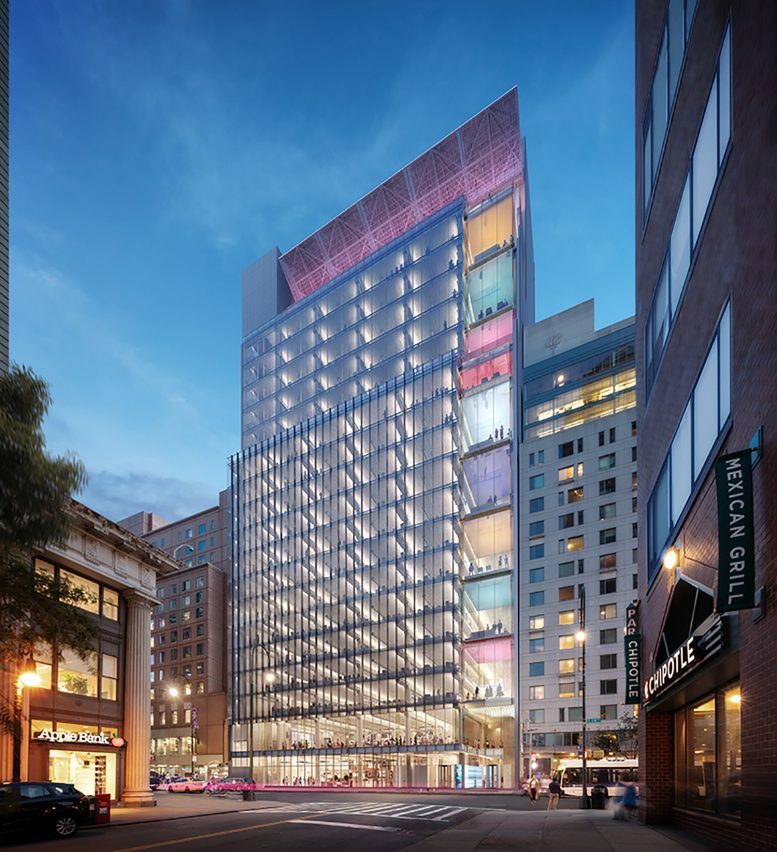 Recent photos from Tectonic show the vertical progress that has been made since YIMBY’s last visit in late February. It appears that the superstructure has surpassed the heights of the neighboring rooftops and has reached the first of two setbacks on the main northern elevation. The front of the edifice is decked out in protective orange safety netting, wooden formwork, and a yellow cocoon, all of which eventually be replaced with floor-to-ceiling windows. A construction crane was also erected since our last update, when workers were only at the second story. The words Zero Irving are displayed in a banner on the sidewalk scaffolding to promote the name change. 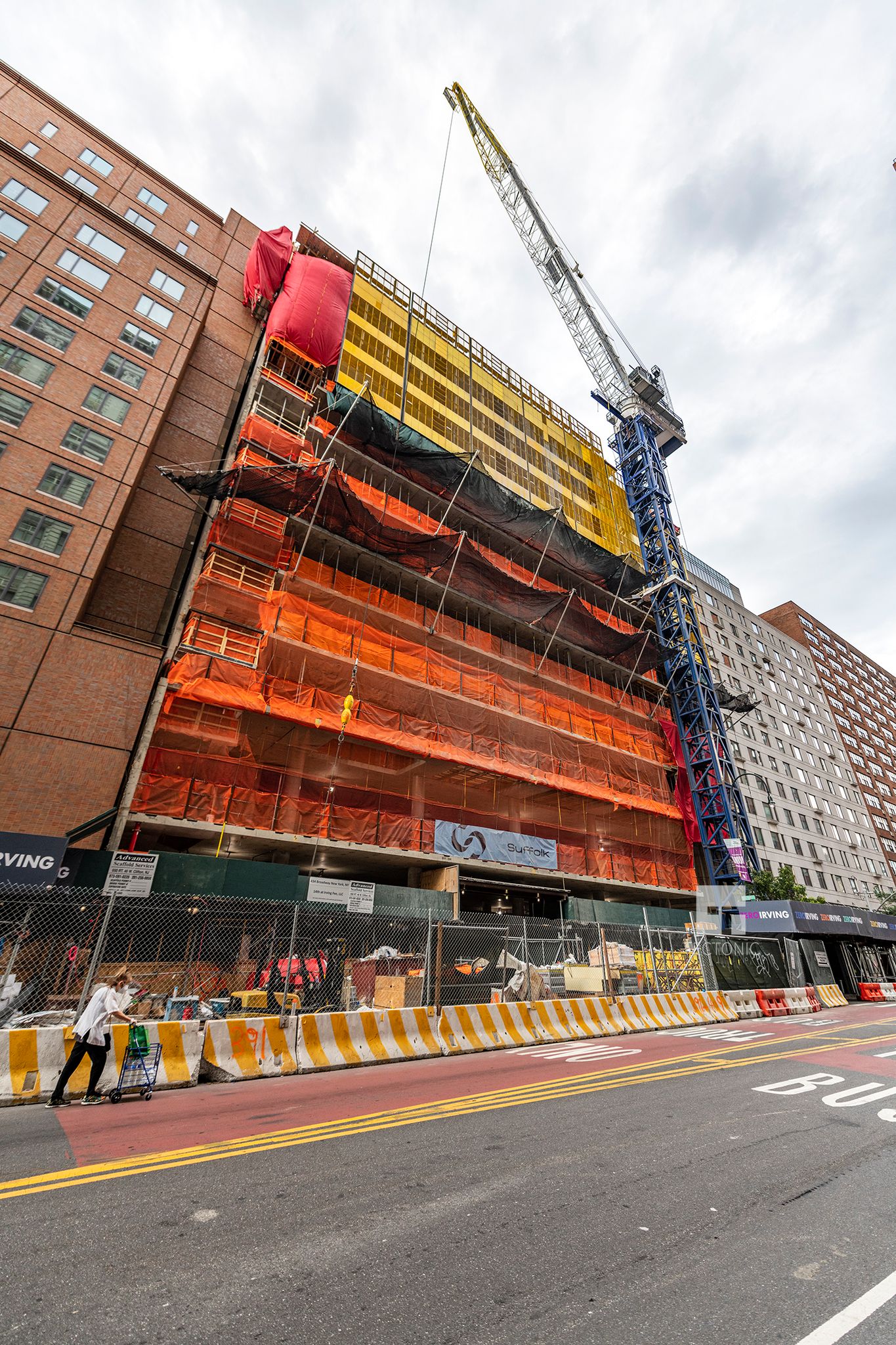 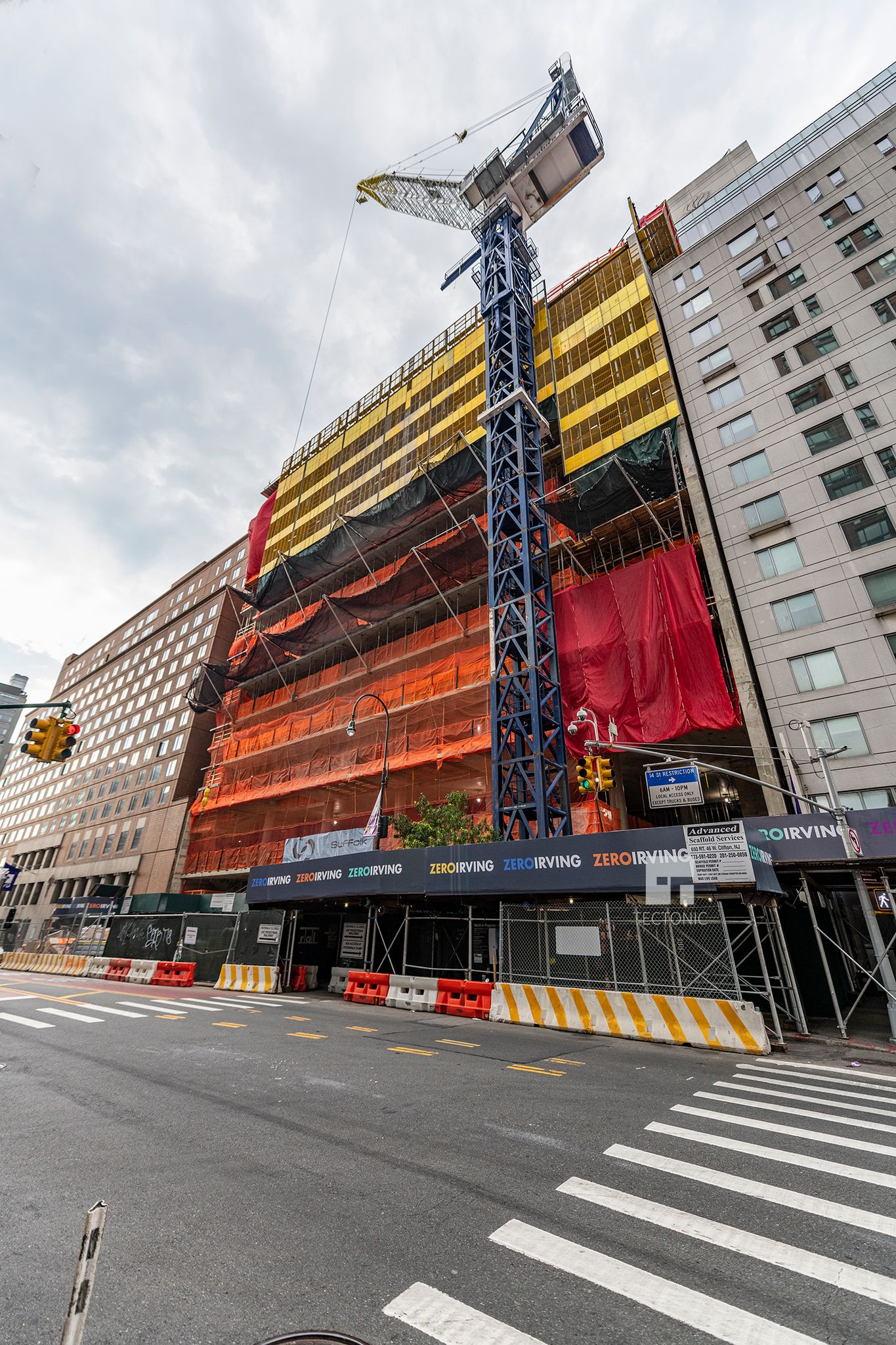 At its current pace of construction, the structure will likely top out well before the end of the year. The main rendering shows large ceiling heights and open air terraces atop the setbacks. The western end has a stack of double-height interior spaces, each illuminated in a different bright color. Future office tenants will be able to look out over Union Square and receive abundant daylight exposure with views of the Midtown skyline from the upper levels.

YIMBY previously reported 124 East 14th Street to be completed sometime next spring, which still is possible.