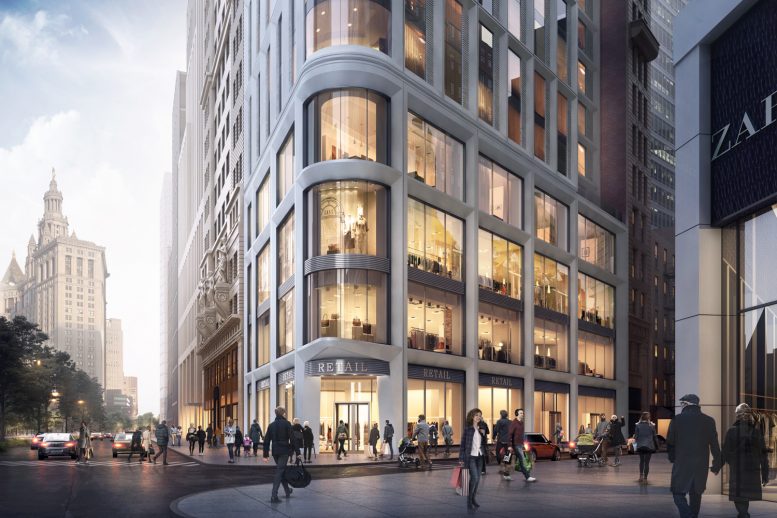 Demolition work is ramping up at 1 Park Row in the Financial District, where a mixed-use building is planned to rise. Little information has been disclosed on the scope of the new project, which is designed by Fogarty Finger Architects and developed by Guardian Realty Management, since plans and renderings were released in December 2017. According to the depiction, the development could stand at least nine stories high.

Recent photos show the state of demolition at the site, which is located at the corner of Park Row and Ann Street. The structure is enveloped in scaffolding and construction netting, and its stone and brick curtain wall has been removed from the reinforced concrete perimeter walls. 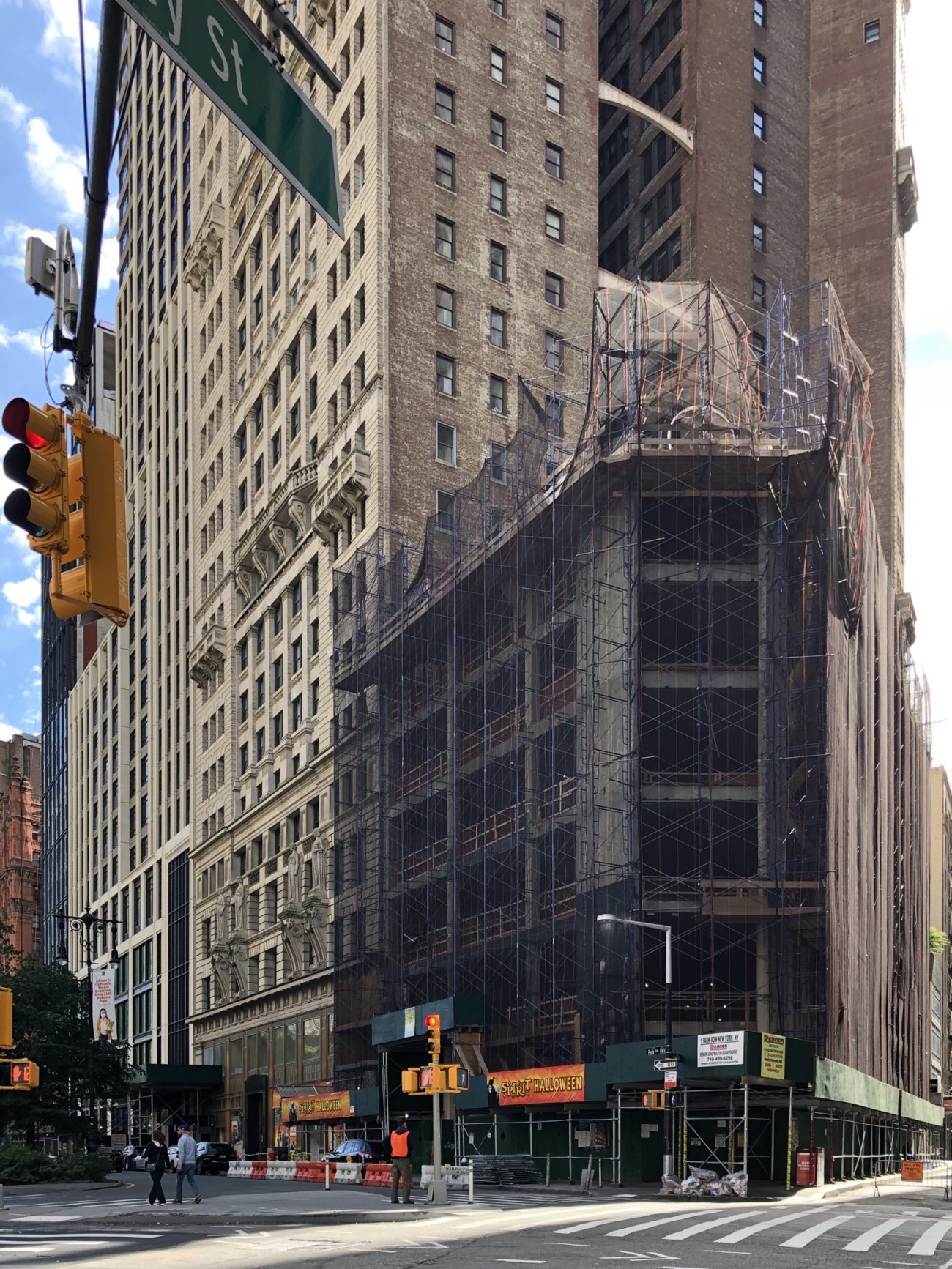 It appears as if the superstructure will be preserved and eventually refurbished with new stories added above, turning the former building into the new project’s podium. 15 Park Row’s abutting southern wall will therefore be partially covered, but we expect nothing too dramatic that would mar the appearance and architecture. 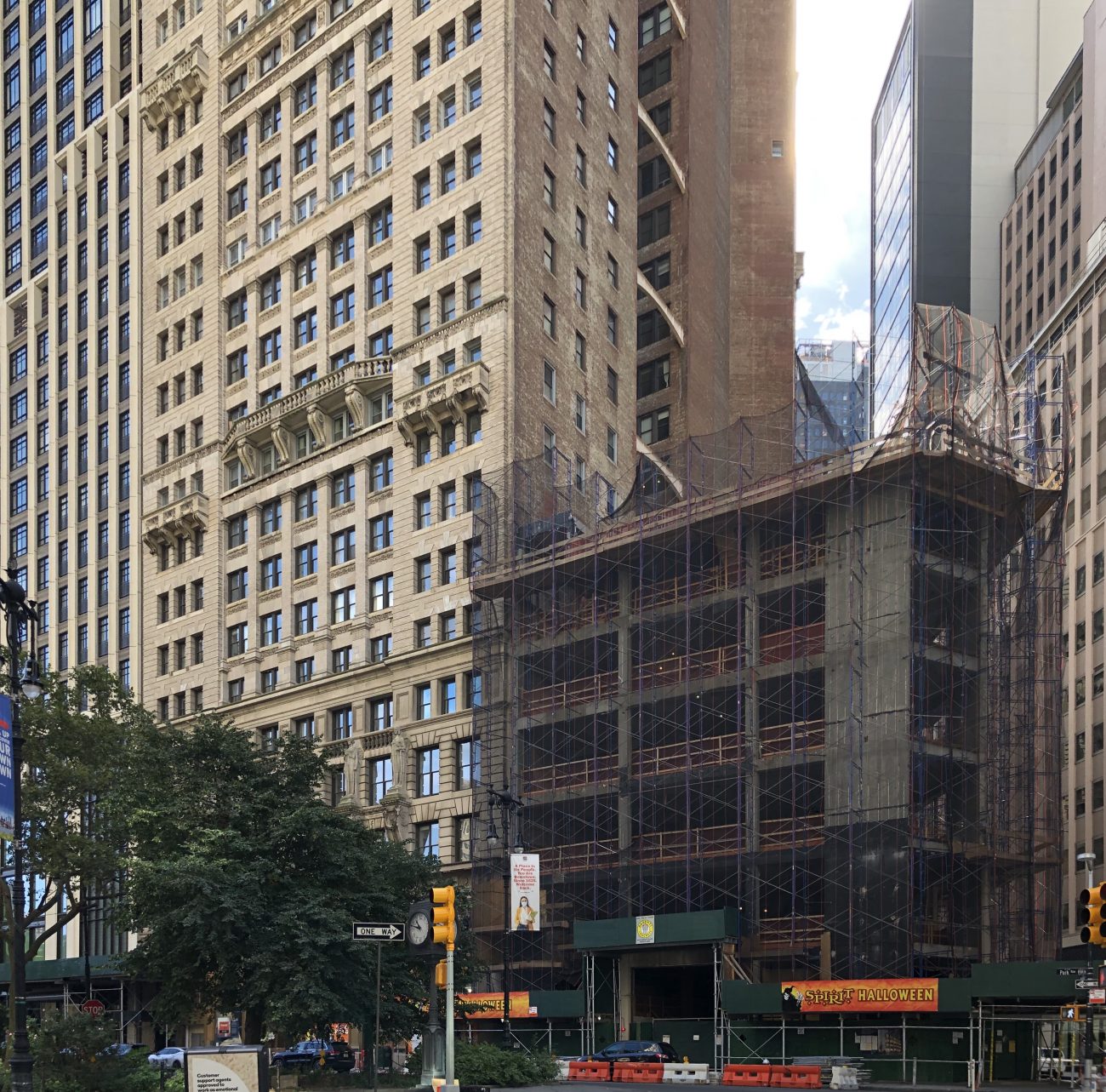 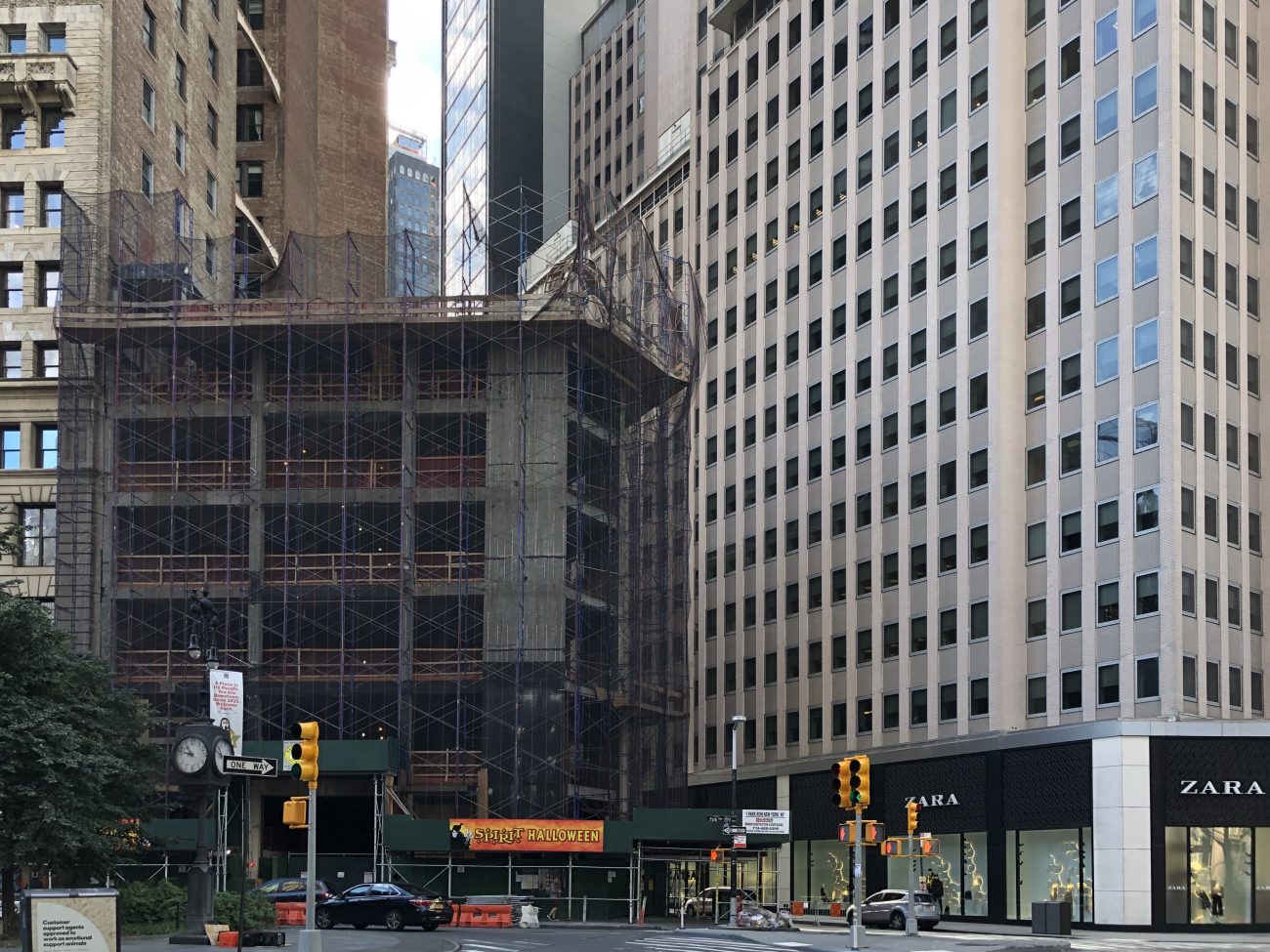 So far the only portion of the old building that was significantly removed was the clock face on the narrow western side that faces St. Paul’s Chapel and the World Trade Center. A minimum amount of the round framework that once held the clock is still up but will soon be completely removed. 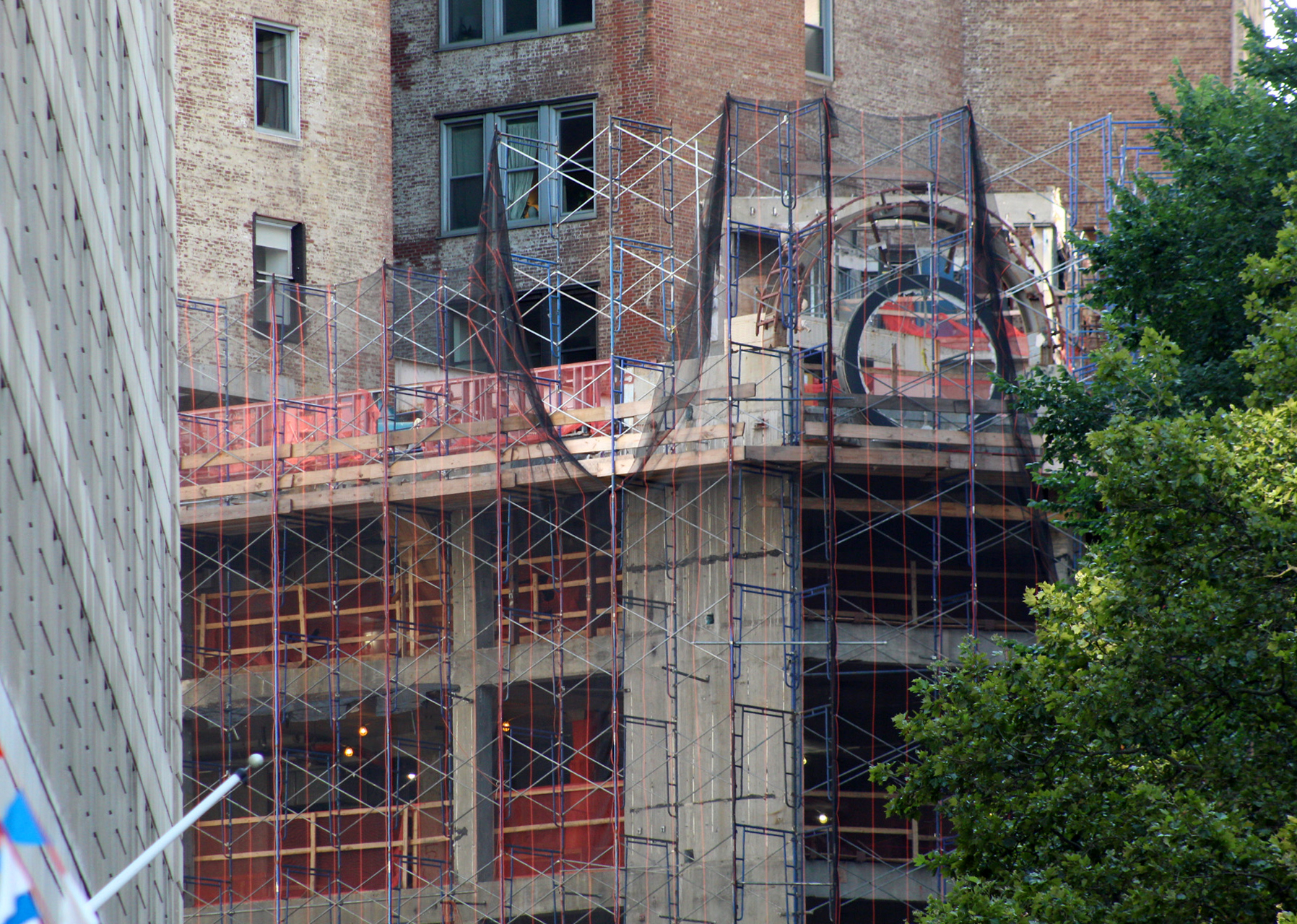 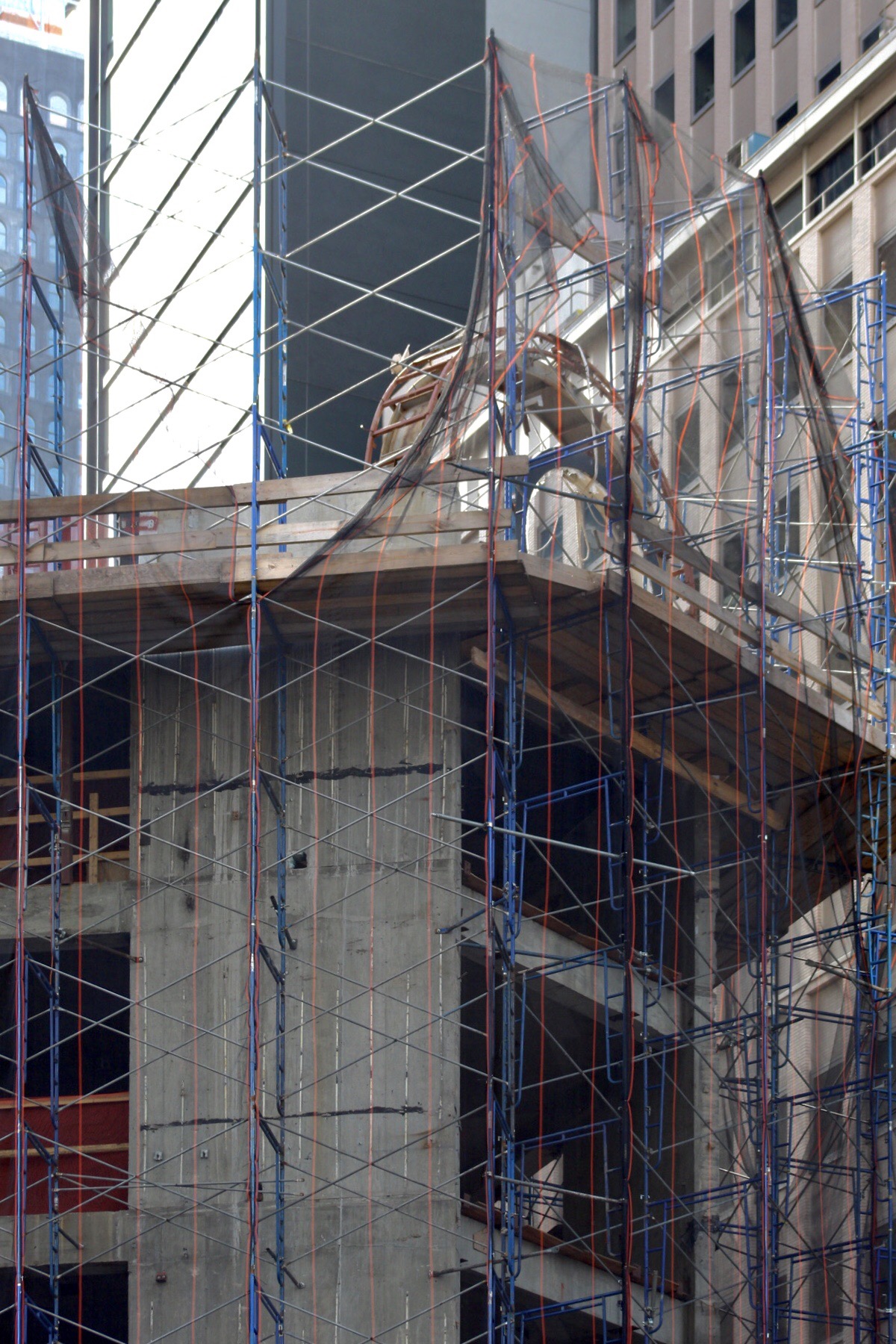 The main rendering shows a rounded corner, so we can expect this to be added to 1 Park Row’s current concrete-based frame in the near future. Floor-to-ceiling glass will be surrounded by white panels. Retail is expected to span 21,500 square feet and likely take up more than just the ground floor. Despite the seemingly low-rise architectural height, the bright color scheme and choice of external envelope materials are certainly going to set the structure apart from both its new and historic neighbors.

A construction timetable and completion date for 1 Park Row’s transformation have yet to be announced.