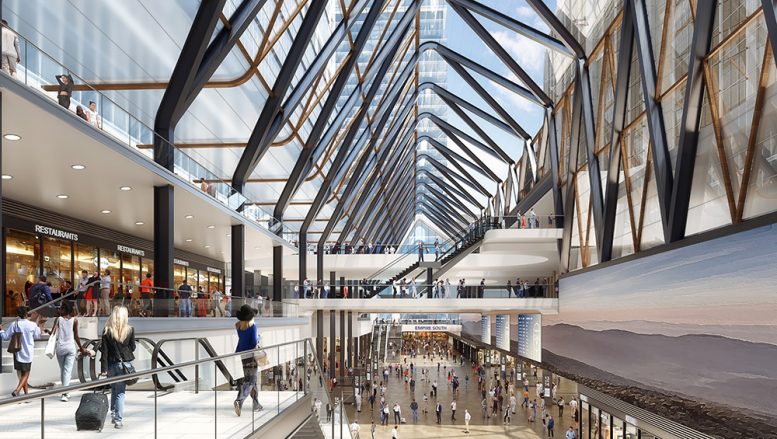 “Altogether we are expanding our infrastructure plan to invest $306 billion in the future of New York,” said Governor Cuomo in his 11th State of the State Address. “That’s not just the largest infrastructure plan in New York history. It’s the largest, most ambitious plan put forward by any state in the nation.” 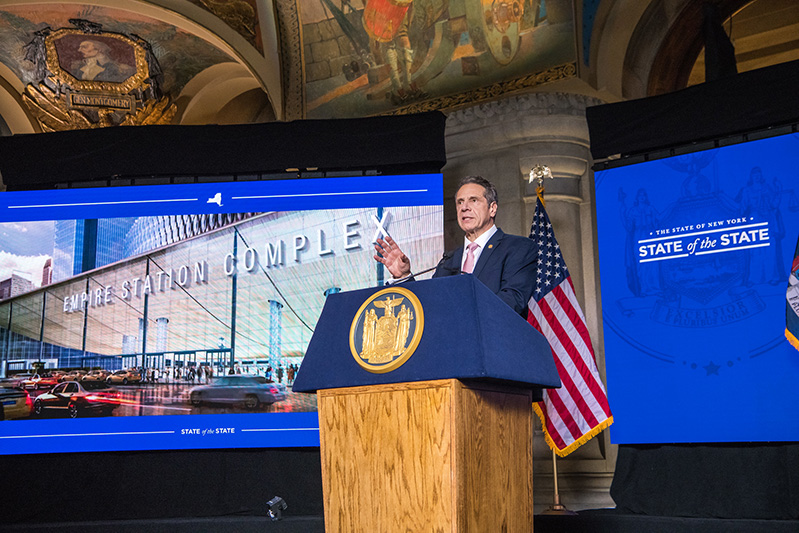 Following the opening of the $1.6 billion Moynihan Train Hall and proposals to link the station with High Line Park, the Governor’s new agenda calls for the creation of new public outdoor spaces, affordable housing, improved public transit and pedestrian connections, and is expected to facilitate the development of commercial and affordable housing properties in Midtown West.

Specific plans for the area include a sleek redesign of the hulking Port Authority Bus Terminal, an end-to-end reconstruction of Penn Station that will increase train capacity by 40 percent and add up to eight new tracks, and the construction of 14 new buildings that will yield more than 20 million square feet of retail, commercial, and residential development. The latter is expected to yield up to 1,400 units of affordable housing.

Additional facets of the Midtown West agenda include the continuation of a $1.5 billion expansion of the Javits Center and a new public outdoor recreation area at Pier 76 located across from the convention center along the Hudson River.

Portions of the agenda focused on Manhattan comes with a $51 billion price tag but are also expected to create 196,000 jobs in the process. 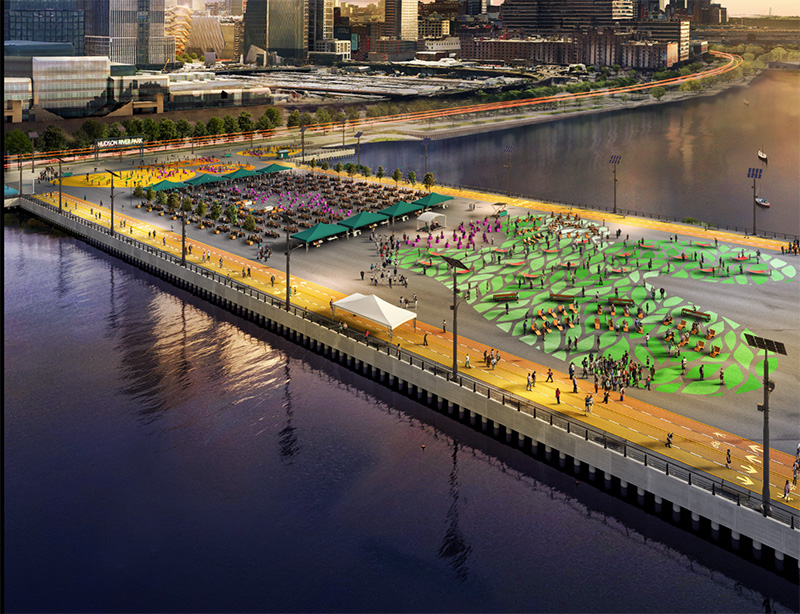 The most surprising announcement is the opening of the 150-acre LEGOLAND theme park in Goshen, Orange County. The $420 million investment is envisioned as a draw for more tourists to visit the Hudson Valley area after the pandemic.

To help extend that confidence to New York’s aging airports, the agenda will continue ongoing transformations of John F. Kennedy and LaGuardia Airports, in addition to a $100 million investment in the enhancement of security checkpoints, existing terminals, boarding concourses, concession areas, and the installation of contact-free technology across multiple Upstate New York airports.

The beleaguered MTA and New York City’s mass transit system is also a major focus of the 2021 agenda. This includes recommencement of the years off-track Second Avenue Subway Extension to lengthen the subway line from 96th Street to 125th Street. Additional items on the MTA’s punch list include comprehensive tunnel and track repairs throughout the system, signal modernization, improved ADA accessibility, and thousands of new buses and train cars.

Similar upgrades will be completed for the Long Island Rail Road including the installation of a third track along a 9.8-mile stretch between Floral Park and Hicksville, Long Island. The $2.6 billion project also includes the construction of new parking garages, renovated stations, new and renovated bridges, and updated tracks and signals.

For New York State’s health sector, the agenda will help Binghamton University complete its 13-acre Health Sciences Campus which includes a new school of Pharmacy and Pharmaceutical Sciences, the Decker College of Nursing and Health Sciences, and more. The New Mohawk Valley Health System Hospital in Utica will also be able to complete its $548 million state-of-the-art hospital set to be open by 2023.

The final and largest component of the 2021 agenda will expedite upgrades to highways, roads, and bridges across the state. This includes a $1.7 billion upgrade to the Bruckner Expressway, a $150 million improvement project for Interstate 390 and 490 in Monroe County, and replacement of the Syracuse 1-81 Viaduct to name a few projects. Effected bridges will include the Newburgh-Beacon Bridge, the Buffalo Skyway, and conversion of the underutilized Albany Skyway into an outdoor park. 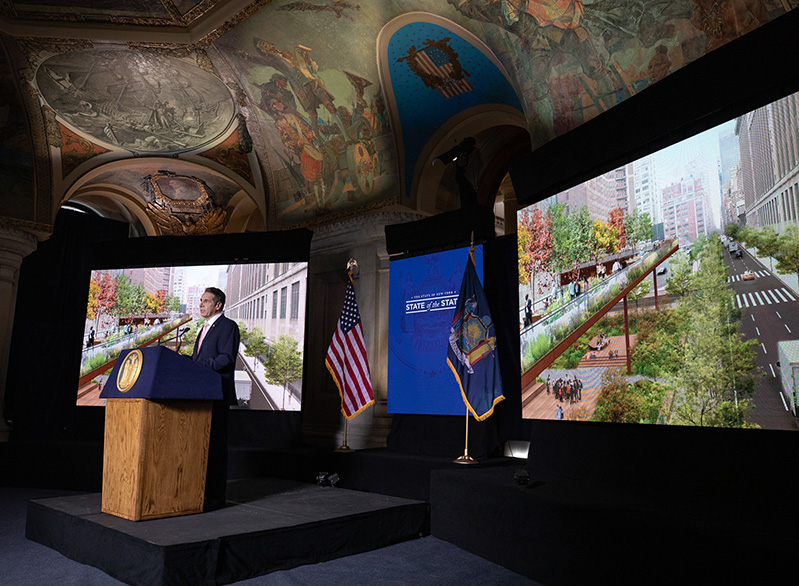