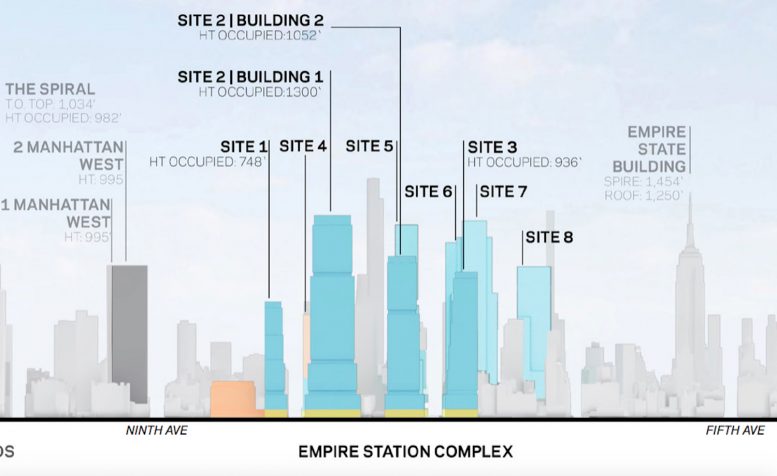 Scale of Potential Developments in the Empire Station Complex

Yesterday, Governor Andrew Cuomo announced the board of directors of Empire State Development (ESD) had adopted the general project plan for the Empire Station Complex. The drafted plan, supported by a draft Environmental Impact Statement, would foster high-density redevelopment on eight sites surrounding the Penn Station transit hub. The plan is expected to create about 20 million square feet of mixed-use space including Class A commercial office, retail, hotel, and residential, and calls for five supertalls ranging from 1,018 to 1,300 feet in height, in addition to four other major skyscrapers. The area is bounded by Sixth and Ninth Avenues to the east and west, and by West 30th and West 34th Streets to the south and north in Midtown, Manhattan. Moynihan Station, the first step in the revitalization, opened at the end of 2020.

“New York has repeatedly proven that government can still successfully deliver transformational infrastructure projects that are not only on-time and on-budget, but withstand the test of time,” Governor Cuomo said. “The Moynihan Train Hall’s successful completion was a milestone, but it’s only the first step in a neighborhood-wide revitalization. The Empire Station Complex project represents the next great investment in our efforts to rebuild and expand this crucial piece of our state’s infrastructure and will support economic growth in New York City and across the entire state.” 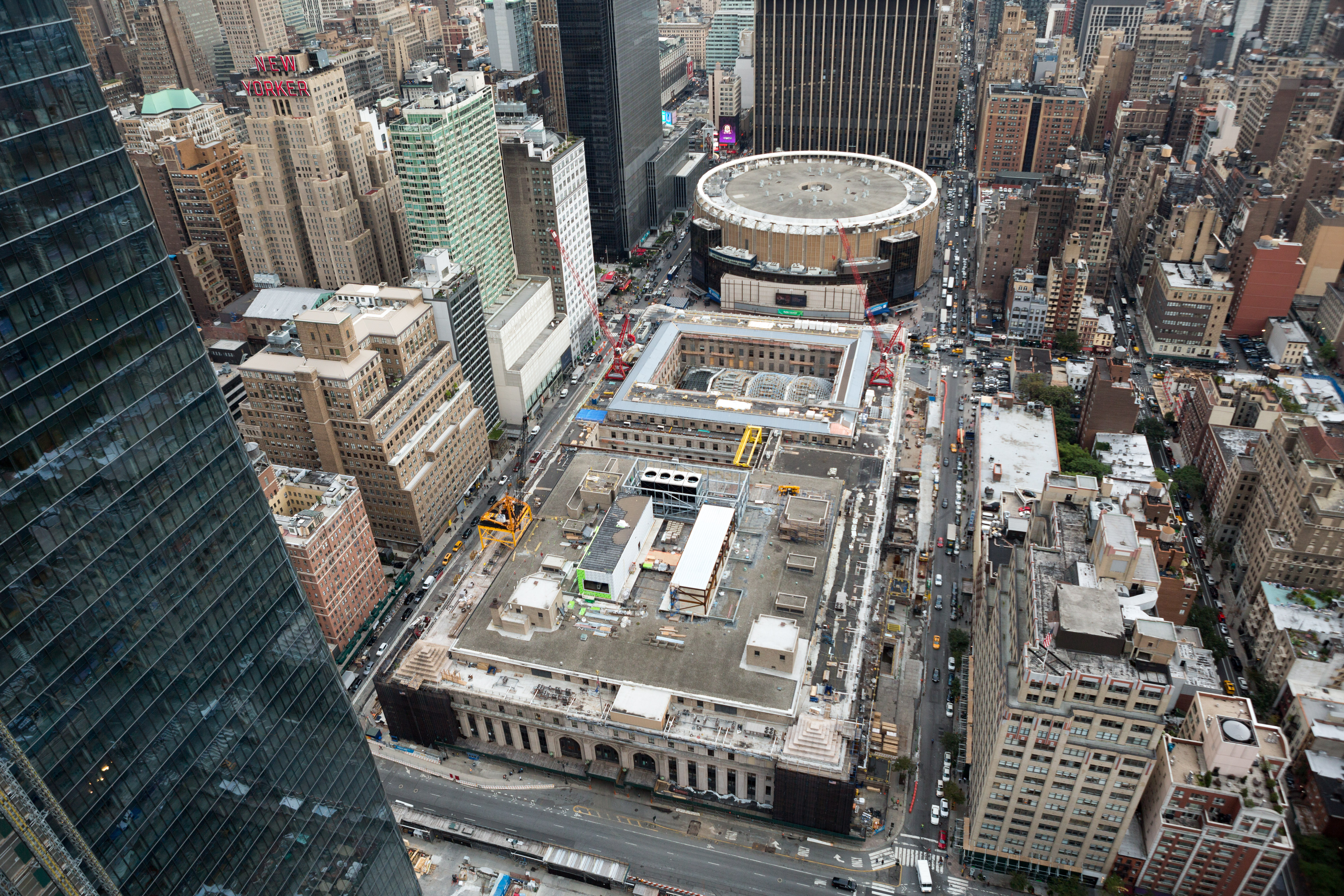 The plan would also bring forth various public transportation improvements, including new entrances to Penn Station and nearby public transit, and public space improvements to address open space and traffic circulation for pedestrians, bicyclists, and vehicles. The buildings facilitated by the plan will generate revenue for those public transit improvements in the project area. 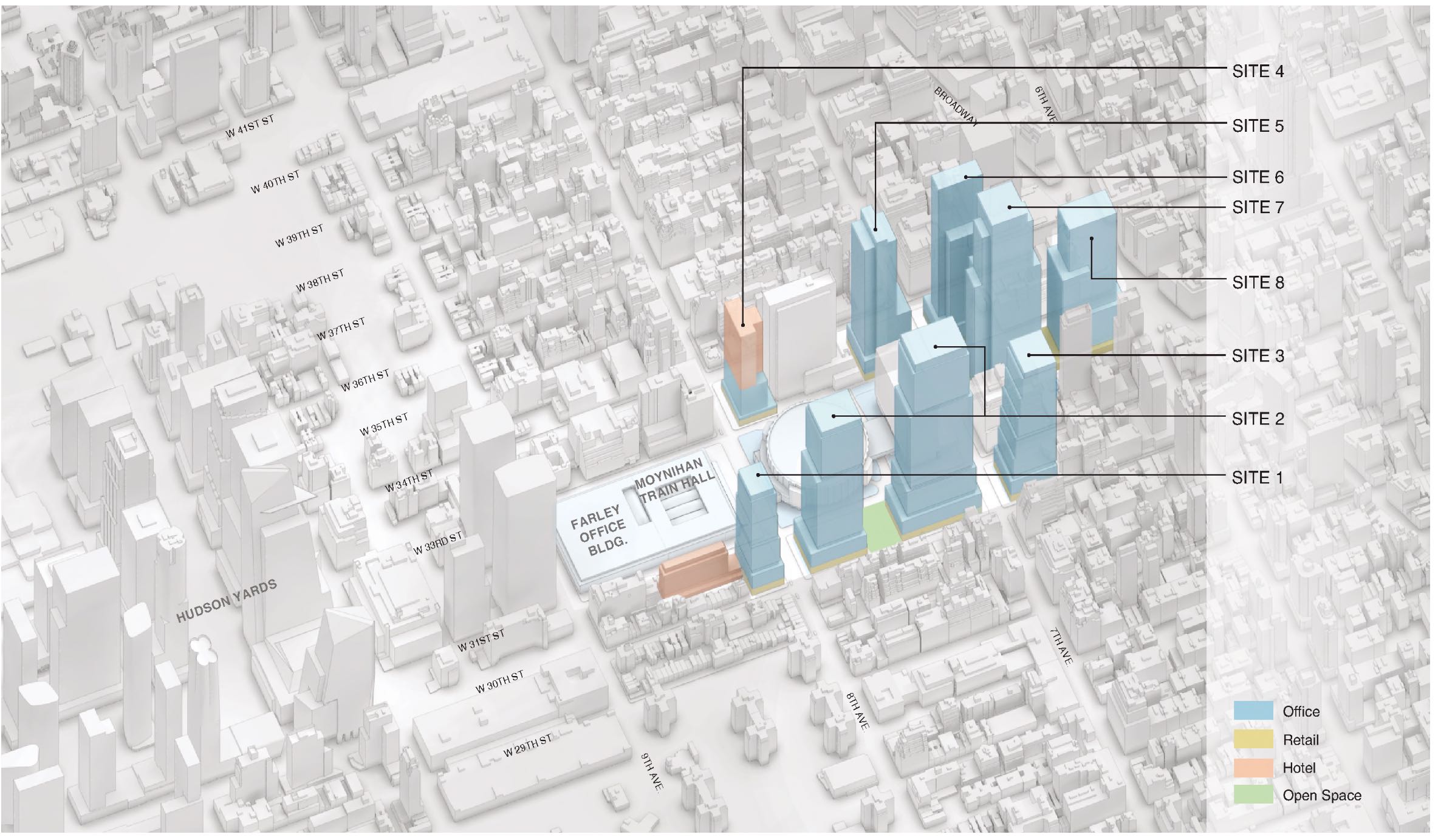 Three of the eight proposed sites would accommodate an expansion of Penn Station south of the existing structure, which would allow for up to nine additional tracks and five new platforms, stairways, and station entrances, given the above-grade mixed-use developments accommodate that expansion. A Penn Station expansion is part of a separate planning and federal environmental review process, involving the Metropolitan Transit Authority, Amtrak, and the New Jersey Transit Authority.

Next steps for the plan consist of a virtual public hearing on the draft Environmental Impact Statement and General Project Plan on Tuesday, March 23, 2021 from 5:00PM to 8:00PM, followed by a 30-day public comment period. The Empire State Complex project is expected to be completed by 2038.