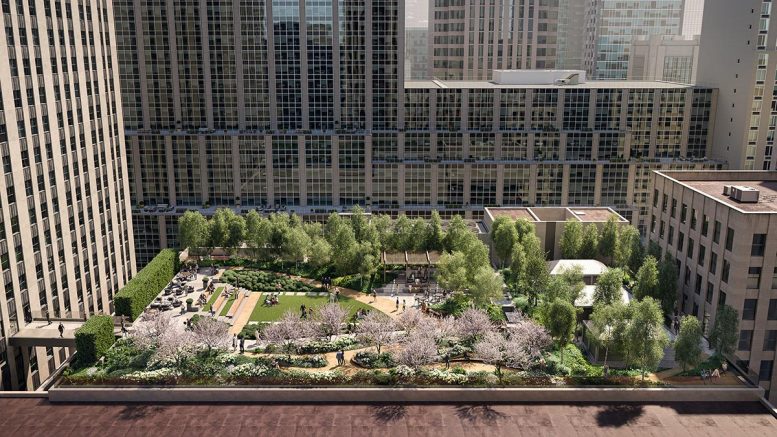 In an exciting reveal, the Landmarks Preservation Commission has approved plans from Tishman Speyer to construct a lush rooftop park above Radio City Music Hall and a pedestrian bridge connecting the property to 1270 Avenue of the Americas.

Visitors will be able to access the park from both 50 Rockefeller Plaza and 1270 Avenue of the Americas. This includes those working in the office spaces of the adjacent building. 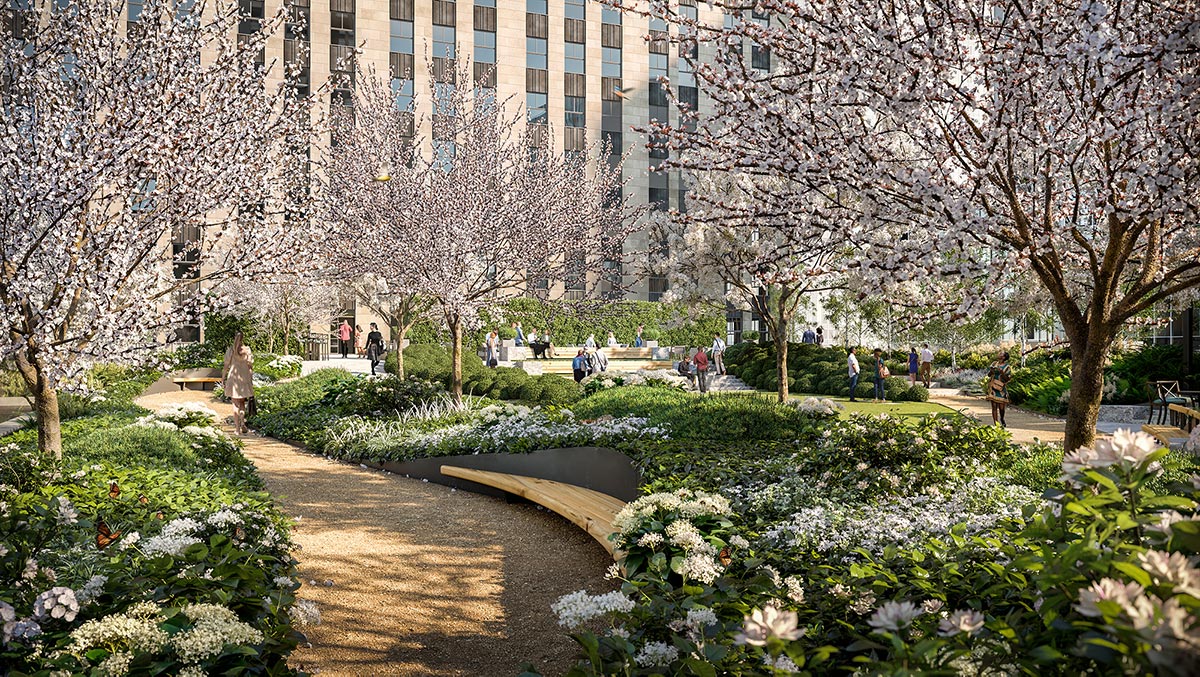 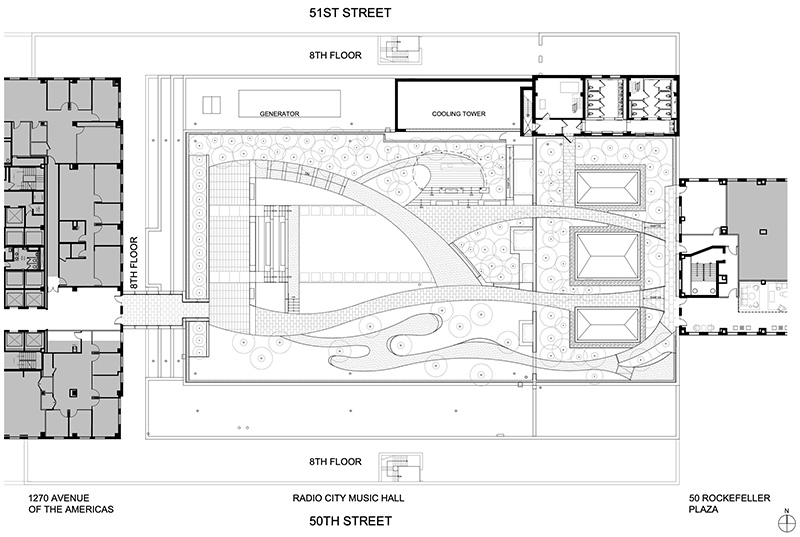 Proposals to construct the park and sky bridge were presented to the commission on Tuesday, March 16 in a public virtual hearing.

“As we continue to reimagine our physical spaces and the experiences, we can offer at Rockefeller Center, we are thrilled that the Landmarks Preservation Commission approved our proposal, which dates back to the earliest days of Rockefeller Center’s conception,” said a representative speaking on behalf of Tishman Speyer. “During this time when outdoor access is important, it is especially meaningful to be able to provide an additional 24,000 square feet of green space at the Center.”

Radio Park arrives as the latest component of Tishman Speyer’s efforts to restore and invigorate Rockefeller Plaza and its surrounding properties. While the developer has not announced when construction might begin, the park is expected to open this fall.