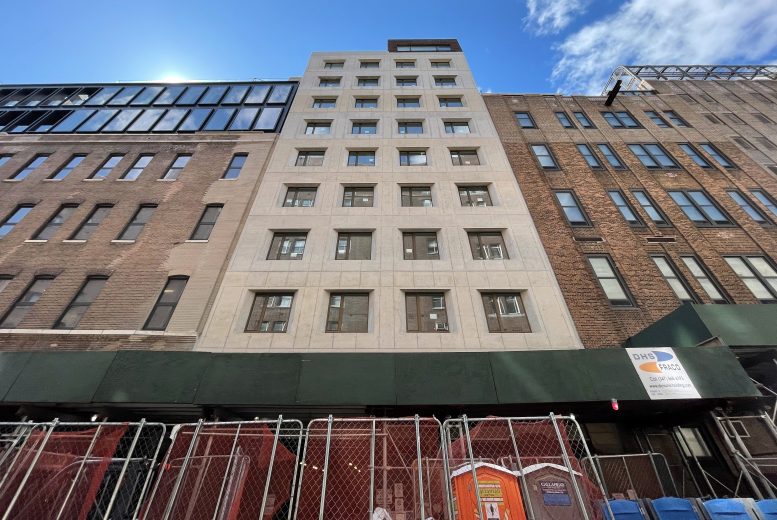 Construction is wrapping up on 532 West 20th Street, an 11-story residential project in Chelsea. Designed and developed by Joe McMillan’s DDG, which purchased the site for $24.25 million in 2014, the 27,019-square-foot building will yield nine full-floor apartments averaging 3,000 square feet apiece, with sales handled by the Shemesh Team at Douglas Elliman. The one-story Anton Kern Gallery formerly occupied the parcel, which is located between Tenth and Eleventh Avenues. 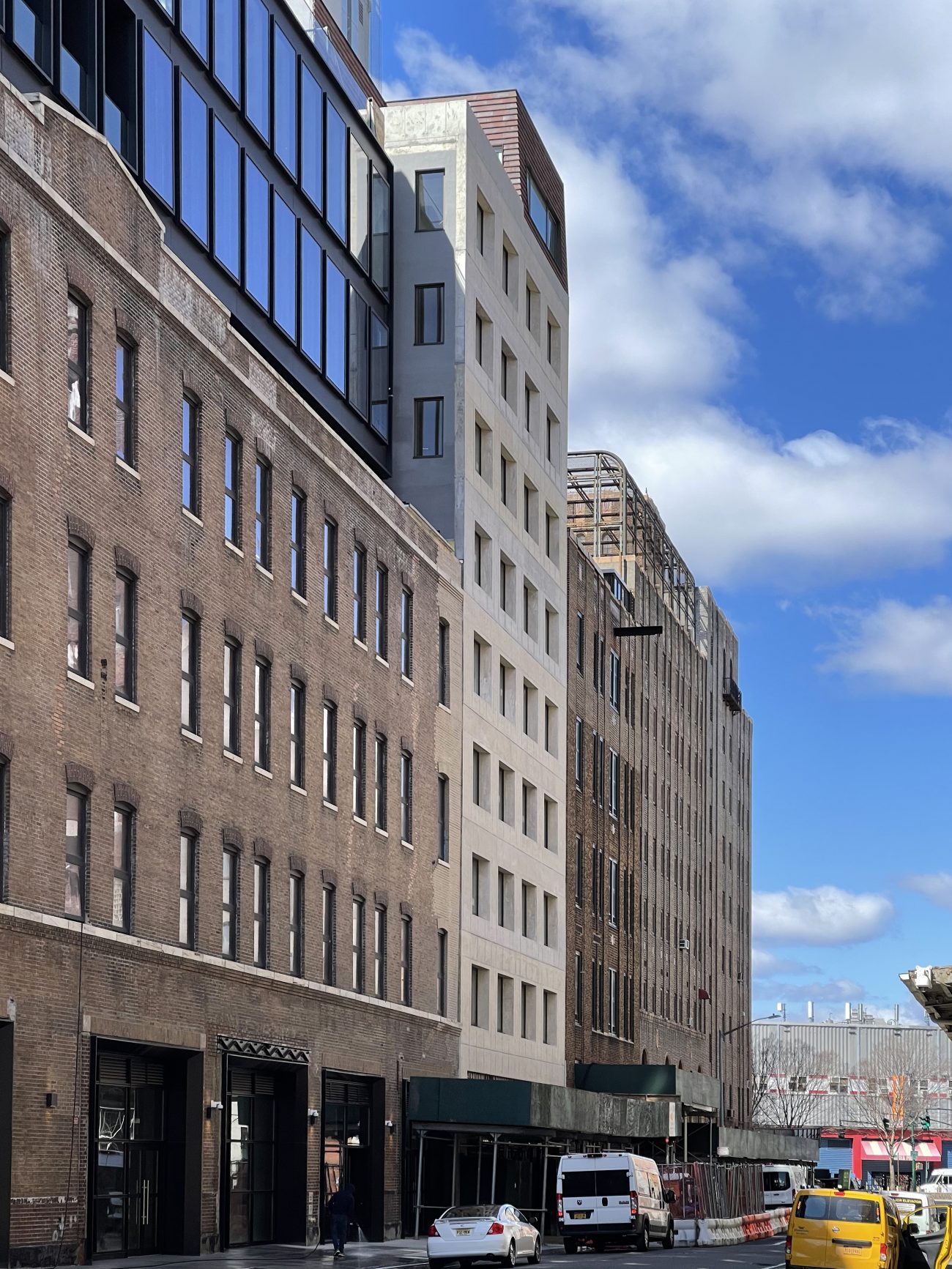 The main northern façade goes directly up to the sidewalk and is nearly complete. It is made up of architecturally finished concrete and includes bronze and anodized metal accents, alongside integrated plantings and hand-laid bricks from Denmark’s Petersen Tegl. The design features an orthodox grid of recessed windows and culminates in a sloped roof clad in earth-toned horizontal panels that resemble shingles. While not seen, the back southern elevation is reported to have private outdoor terraces.

Only the ground floor is left to be finished and unveiled from behind the green sidewalk scaffolding, construction barriers, and metal fences. Also on the ground floor will be a private parking garage with direct access to each home. 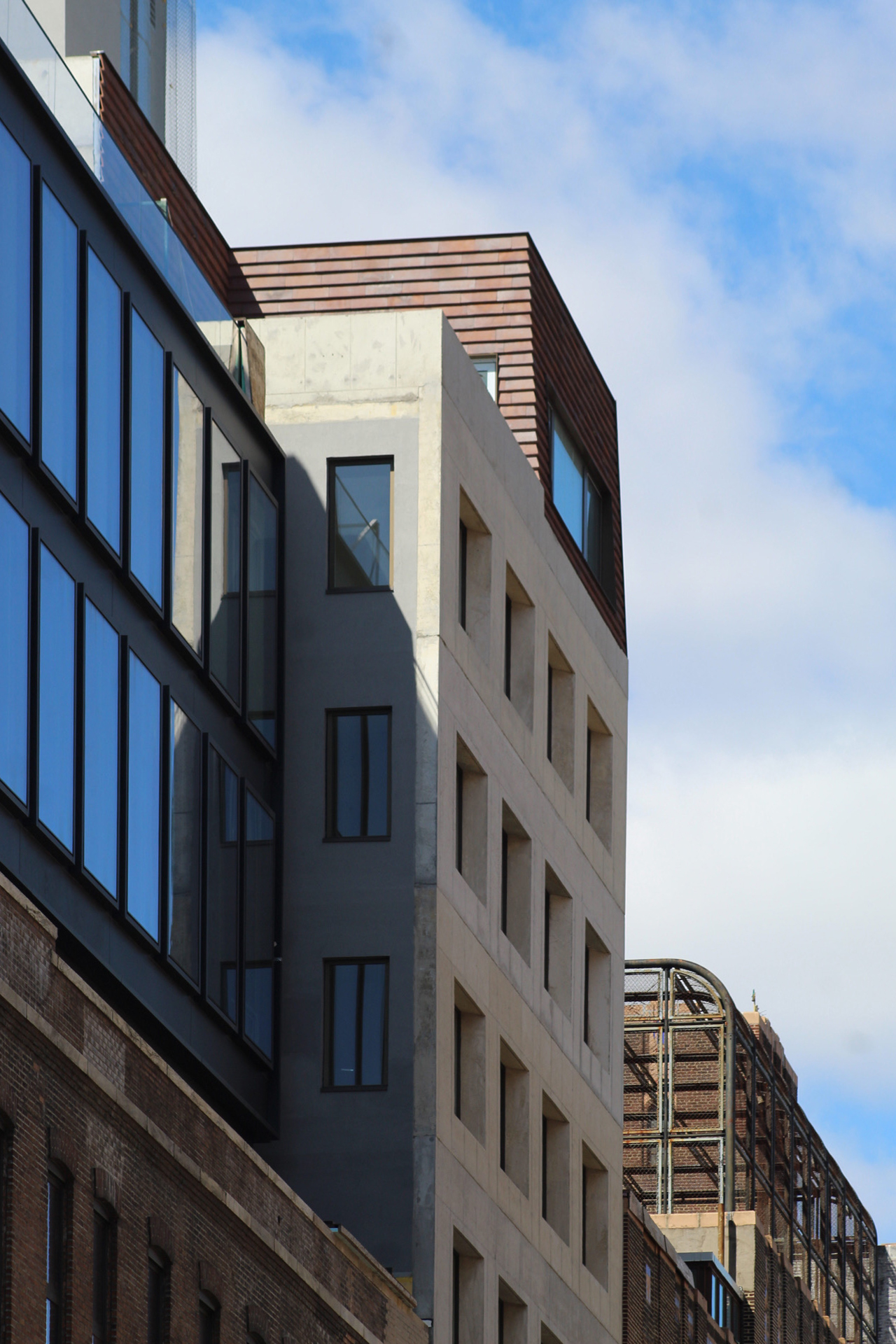 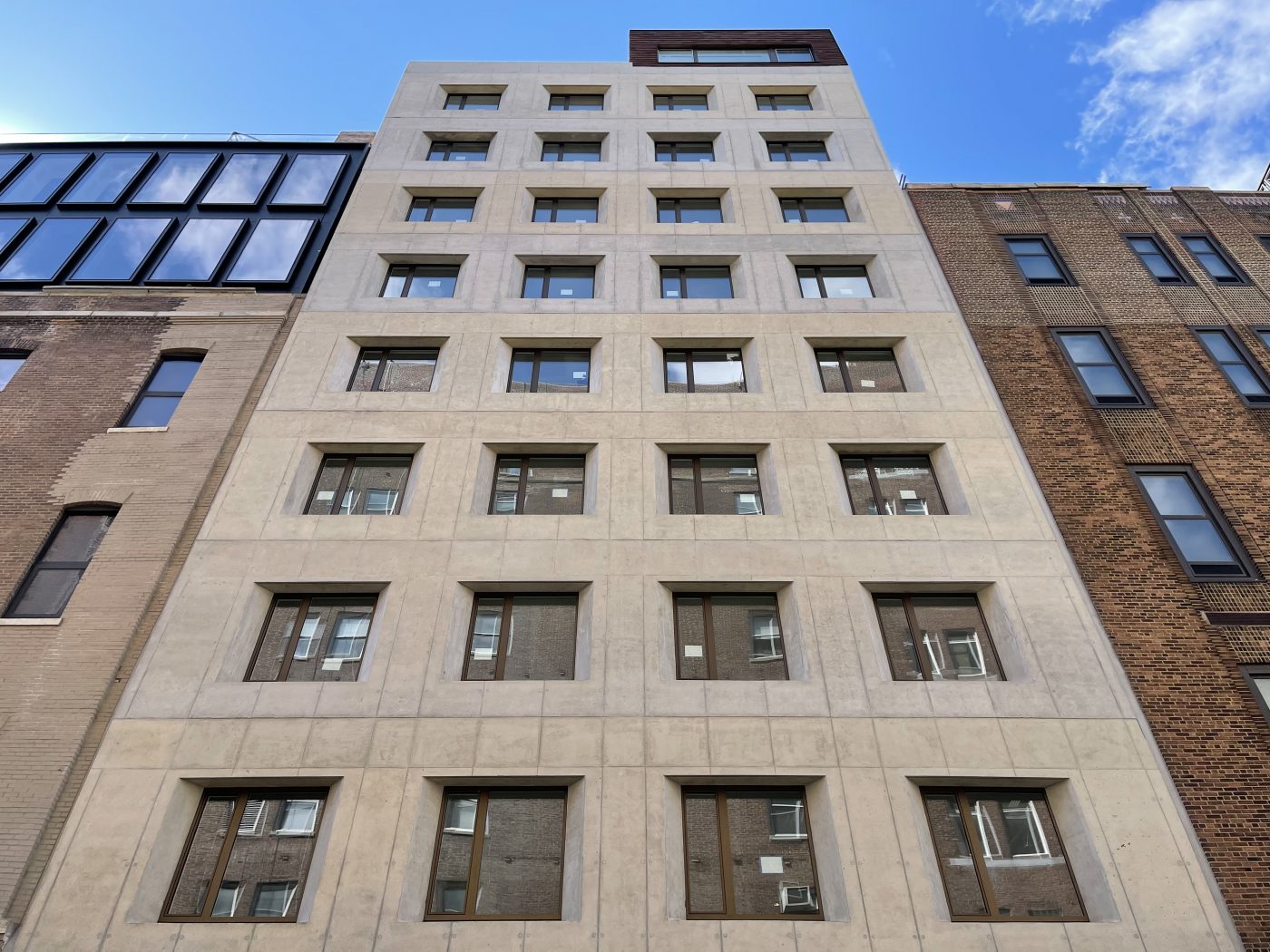 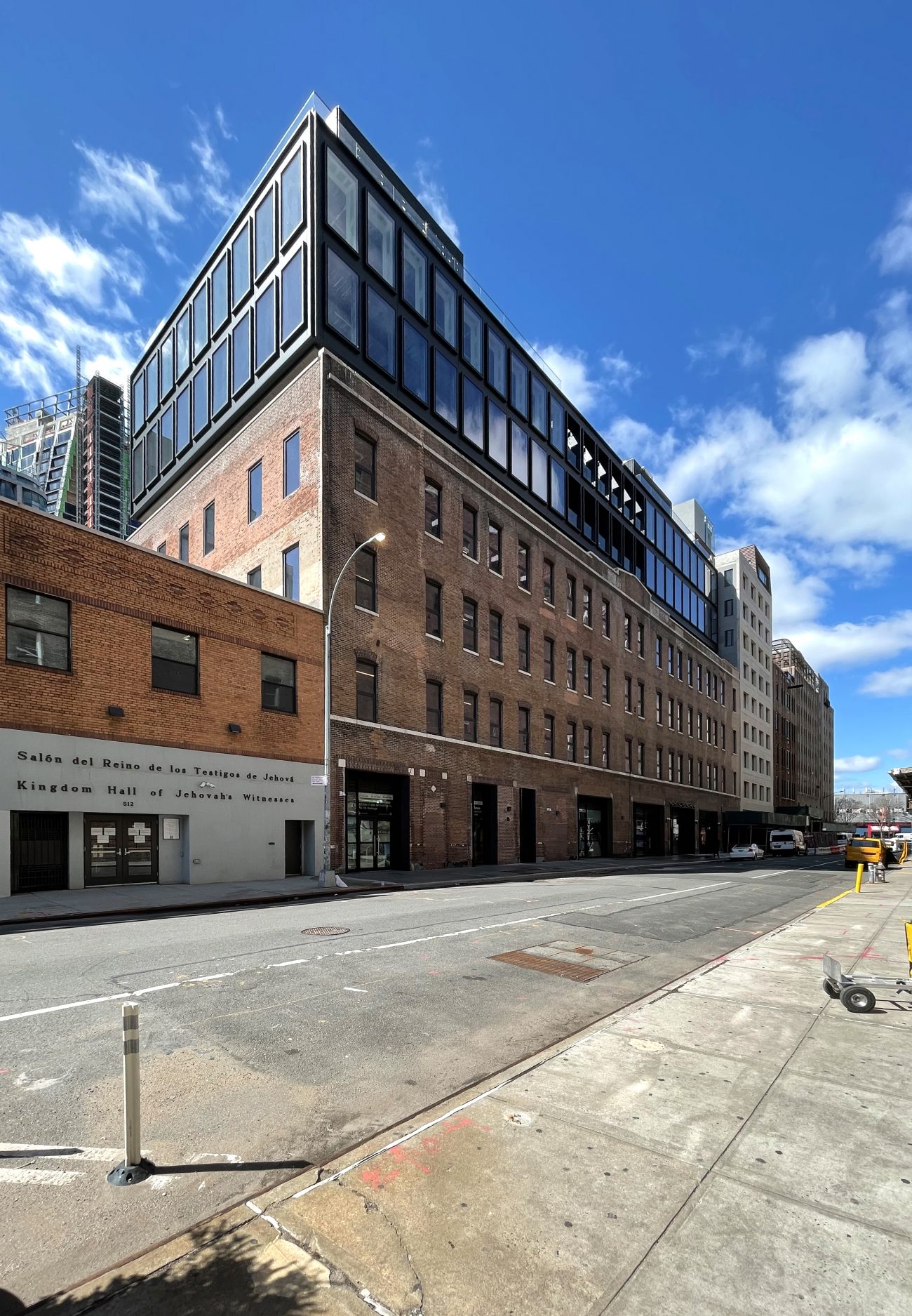 The Warehouse by Morris Adjmi Architects. Photo by Michael Young

YIMBY also has an exclusive rendering of the main façade below, showing 532 West 20th Street at dusk. It looks like the Petersen Tegl bricks will surround the front entrance and garage door, which sit below a canopy with built-in spotlights shining down on the brick wall. 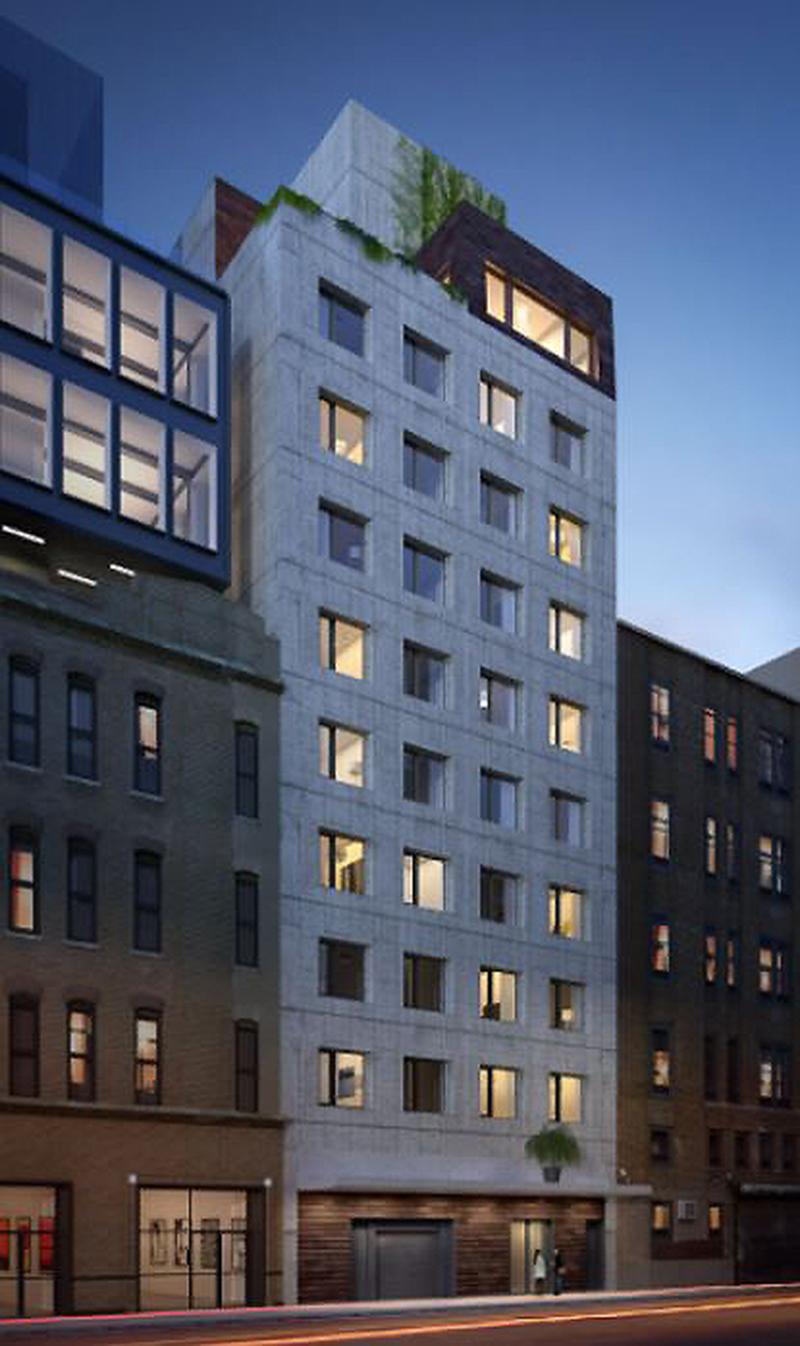 The full-floor apartments will start on the third story and go all the way up to the 11th floor. The penthouse is expected to boast an expansive pair of private terraces and a rooftop with its own fireplace, a gas grill, and irrigated planters for landscaping.

532 West 20th Street is expected to be completed later this spring.

6 Comments on "532 West 20th Street Wraps Up Construction Ahead of Spring Launch in Chelsea, Manhattan"