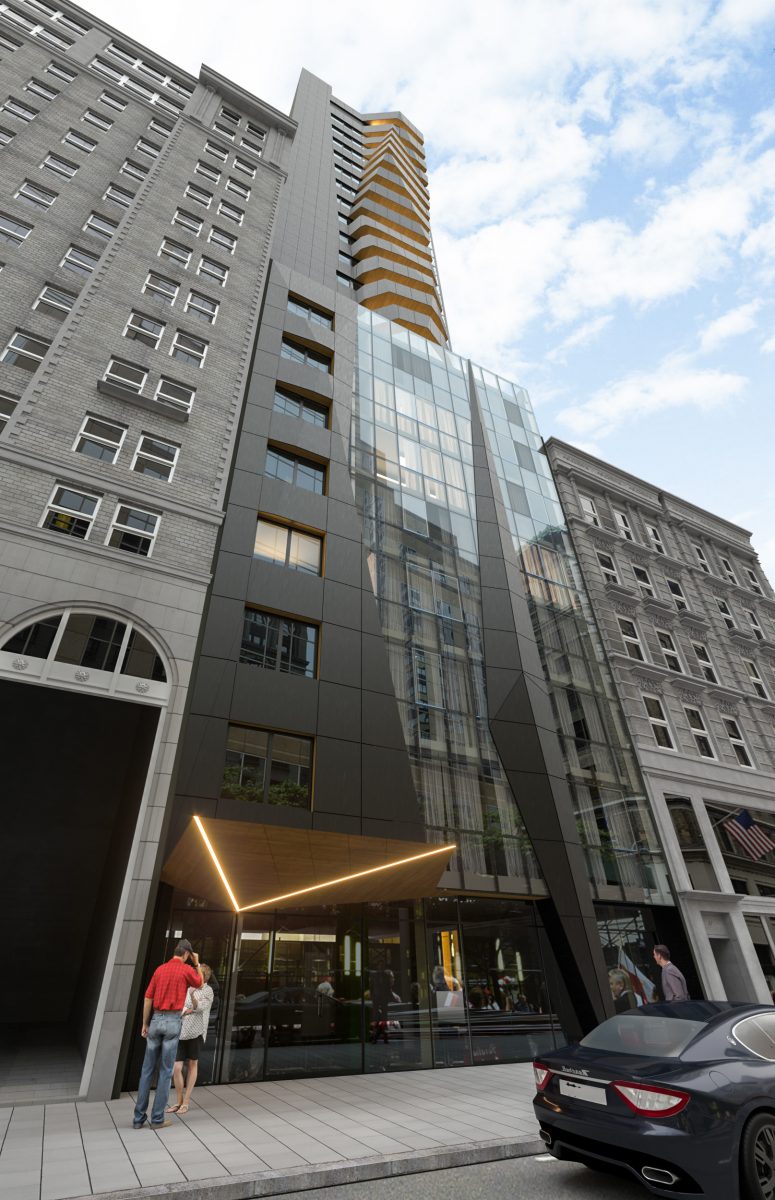 Construction has topped out on 7-9 East 30th Street, a 227-foot-tall residential building in NoMad. Designed by SWA Architecture and developed by Castellan Real Estate Partners, the 23-story project will yield a total of 41,992 square feet split among 54 residences and 2,142 square feet of ground-level retail space. The property is located between Madison and Fifth Avenues.

Recent photos show that the slender reinforced concrete superstructure has topped out since our last update, and the entire southern elevation is shrouded with metal scaffolding and construction netting. 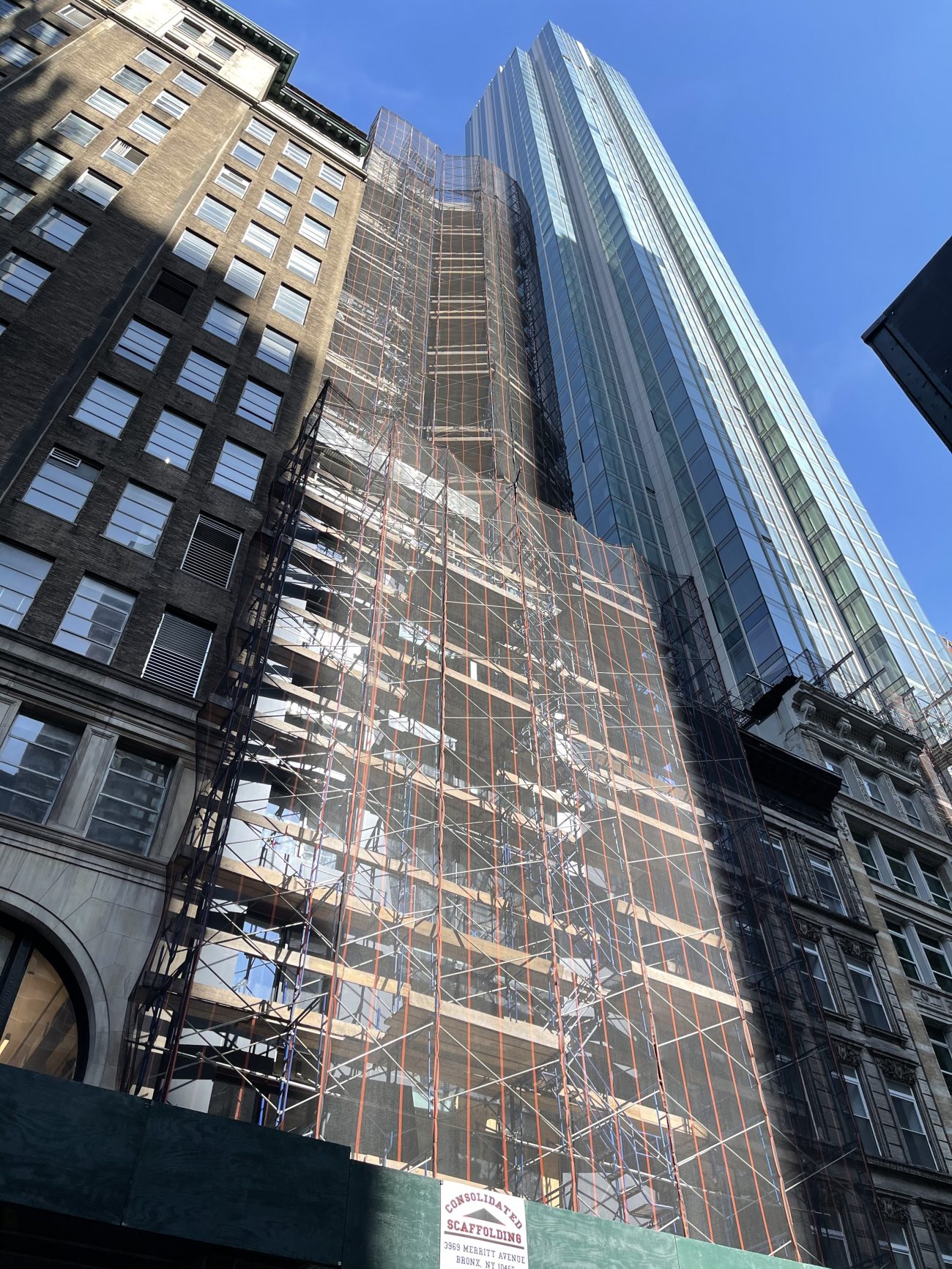 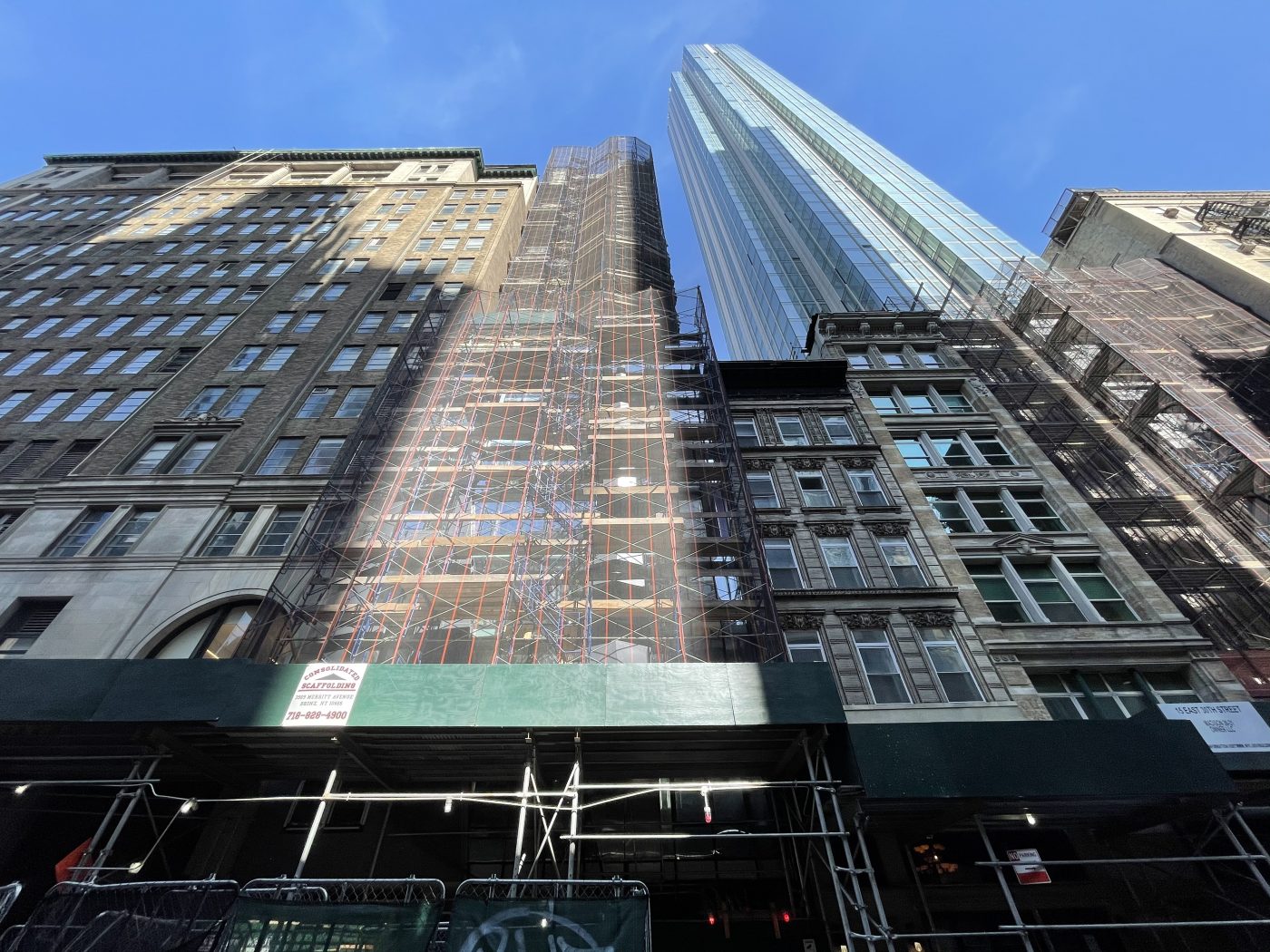 While it is difficult to see through the dense array of scaffolding, sunlight was able to reflect off several panes of windows and the large glass walls on the lower levels of the building, indicating a good amount of the podium having been enclosed with the final dark gray exterior, as depicted in the main rendering. We can also spot the jagged geometric shape of the protruding balconies atop the podium awaiting the remaining façade components. Meanwhile the eastern profile, largely made up of cinder block walls on every floor, has been fully painted. 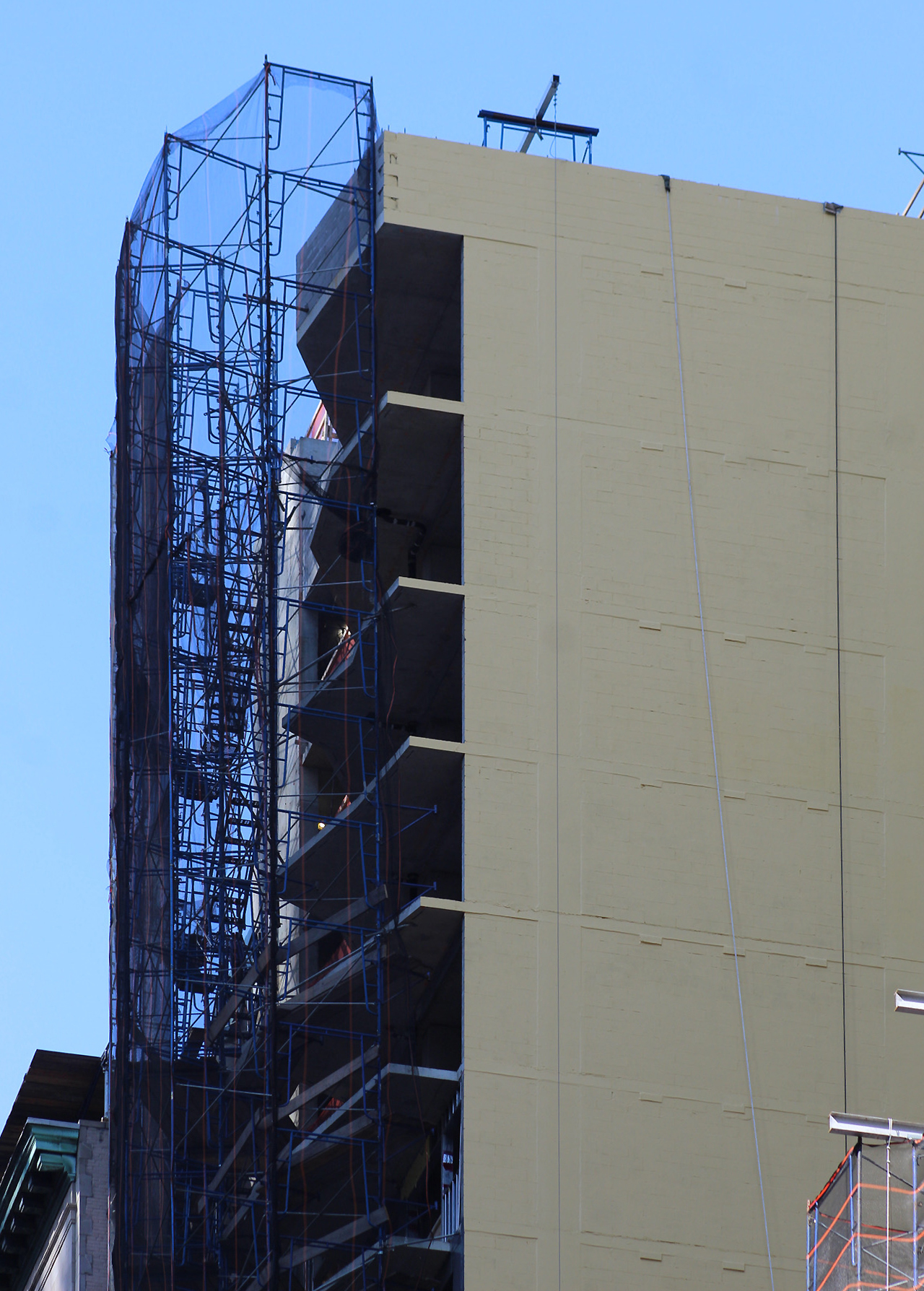 There hasn’t been much publicly disclosed information regarding the interiors of 7-9 East 30th Street, however renderings below give us a glimpse of the main lobby, an outdoor terrace, and a lounge. 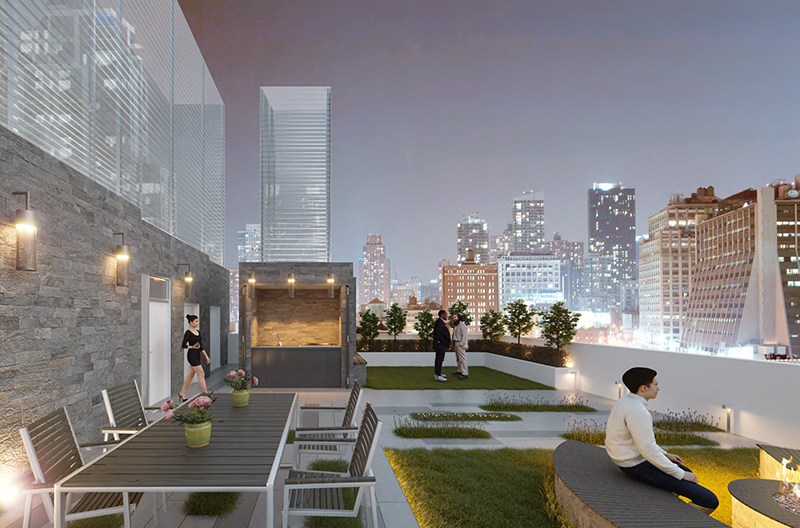 Despite 7-9 East 30th Street’s modest height, the distinctive architectural style and sleek fenestration will make it stand out among the surrounding residential and office buildings rising around the NoMad neighborhood. The closest subways are the 6 train at the 28th Street and 33rd Street stations along Park Avenue South and the R and W trains at the 28th Street station along Broadway to the southwest.

A completion time frame of summer 2021 for 7-9 East 30th Street was posted on the construction board.