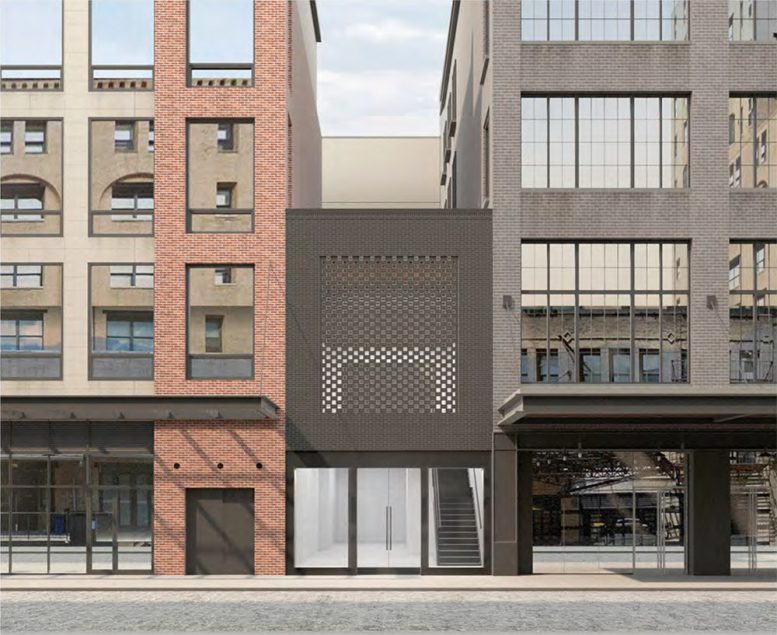 Renderings from Format Architecture Office reveal proposed alterations to the façade and internal organization of 406 West 13th Street in Manhattan’s Gansevoort Market Historic District. The area is more commonly referred to as the Meatpacking District and falls within the jurisdiction of the New York City Landmarks Preservation Commission (LPC), which will need to grant a Certificate of Appropriateness to the developer before any construction can begin.

The original row house at 406 West 13th Street and its neighbors at 402 and 404 West 13th Street were constructed around 1846. In 1955, the properties at 402 and 404 were combined, extended at the front and rear elevations, given a new brick façade, and repurposed as a meat market. The building at 406 was similarly altered and eventually housed office space for the Marine Carpenters Union, Local 901.

Today, all three structures house a mix of retail and office tenants. 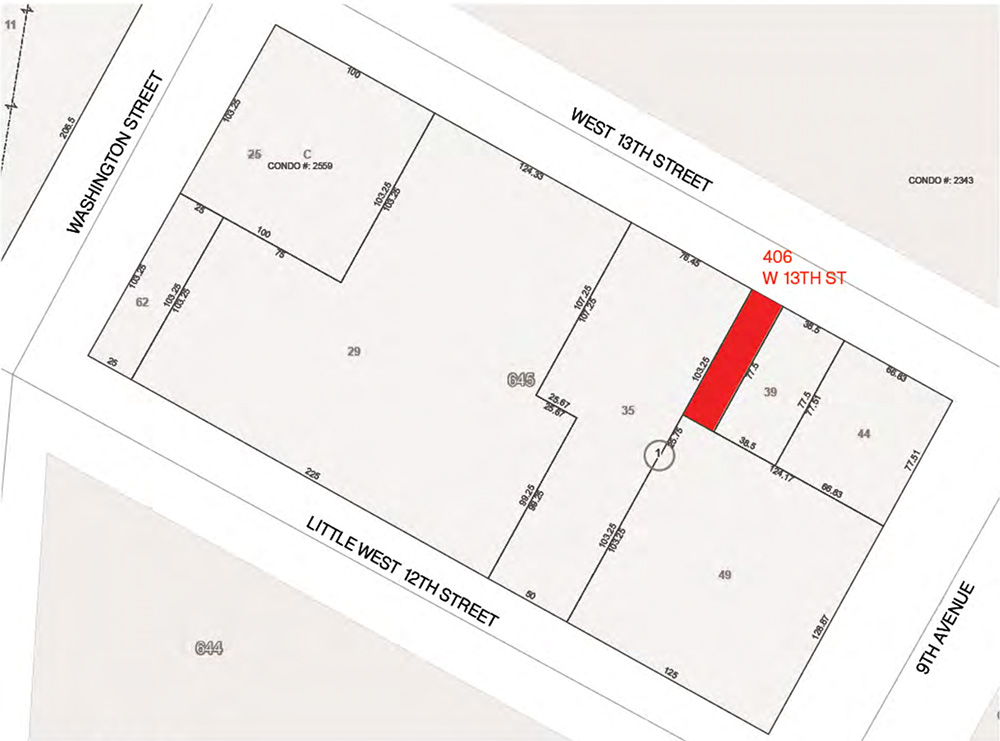 As revealed in the new renderings, the design team will replace the building’s rolling steel doors with full-height glass doors and windows, and the existing red brick with dark gray masonry. The new brick façade features ornamental perforation instead of traditional windows, which will allow natural light to penetrate the building.

The future tenant will also have the option to install metal-pinned signage above the new glass doors.

A one-story addition will be constructed at the rear of the building with a matching brick façade and triptych glass doors that open out to a small outdoor terrace. 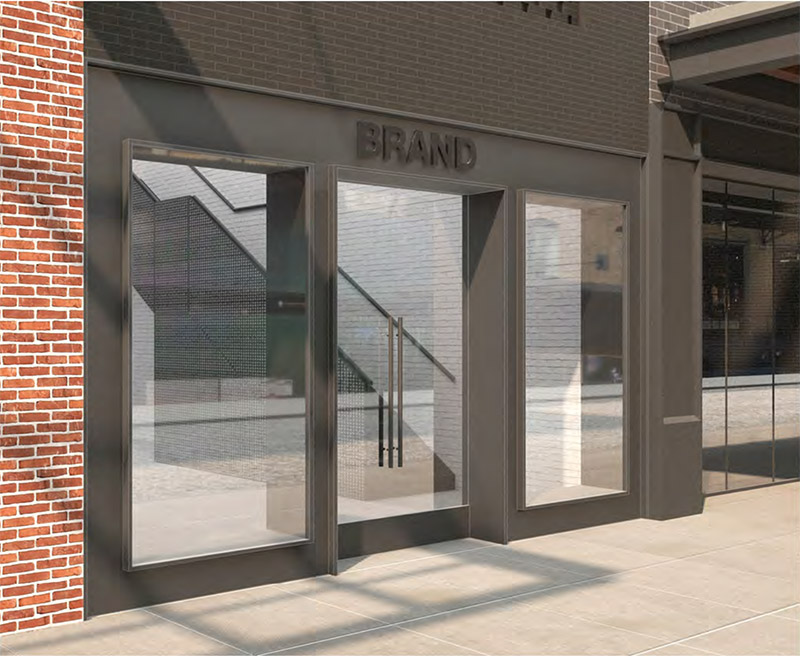 The LPC is scheduled to review the proposals on Tuesday, April 6.