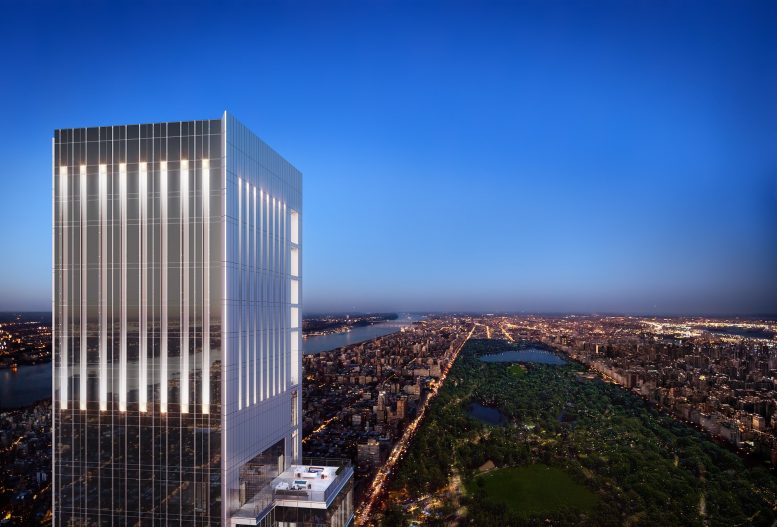 Photographs from Friday and Saturday nights show the vertical slats on the eastern elevation brightly lit with LEDs. Eventually all four sides of the crown will be illuminated. 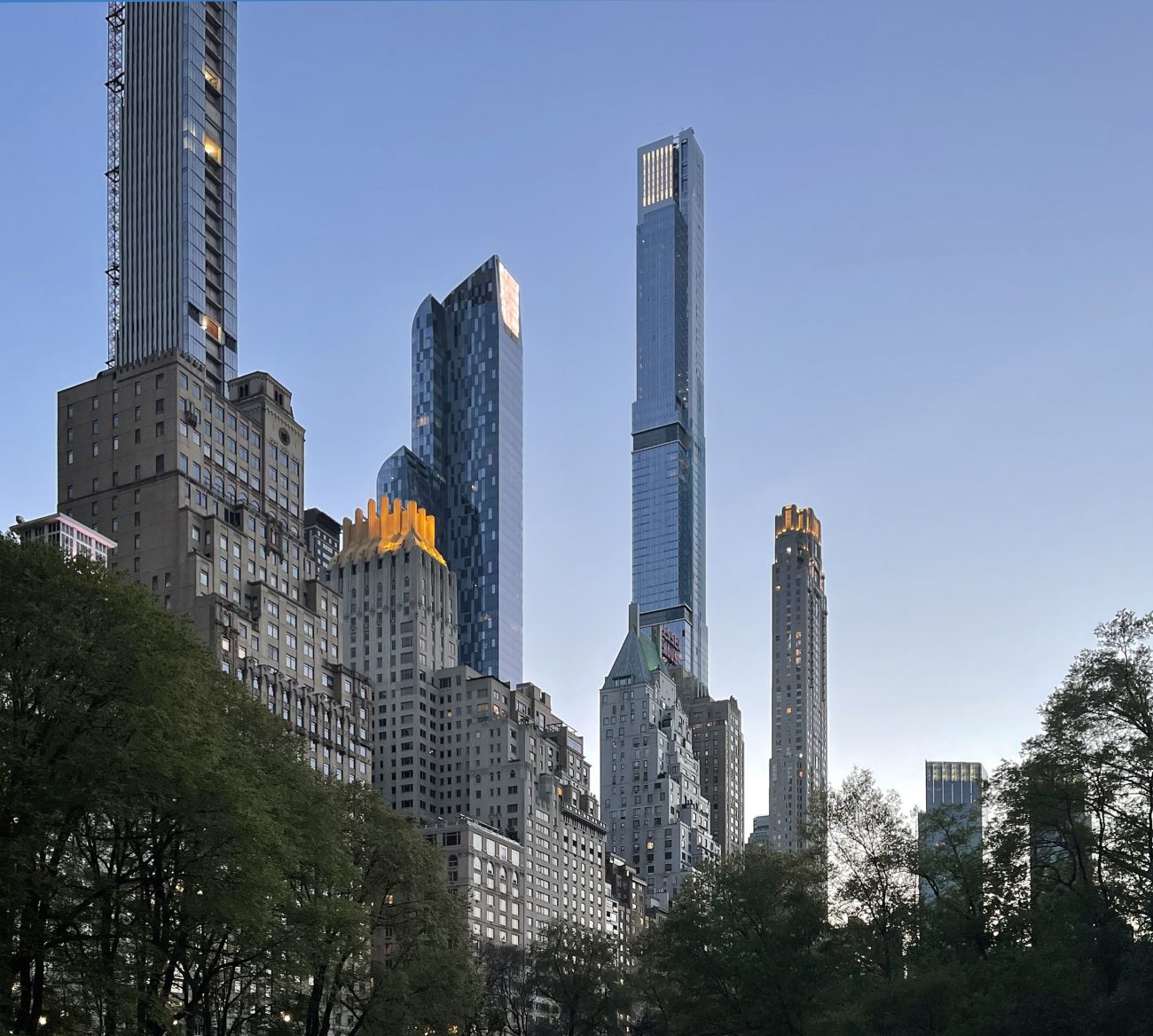 Photos from Central Park’s southern end give a great perspective of the crown as its lights appeared to brighten with the dwindling twilight. A vertical strip toward the northeast corner of the crown still remains to be filled in with glass panels, and is one of the last such remaining gaps in the building’s curtain wall.

The lights are similar to those found on the northern crown face of Extell’s One57, giving the developer a cohesive look for two of its premier residential projects. The modern aesthetics of these emanating lights also contrast nicely with the classic spotlight-bathed crown of Robert A. M. Stern Architects’  220 Central Park South on the western end of Billionaires’ Row. 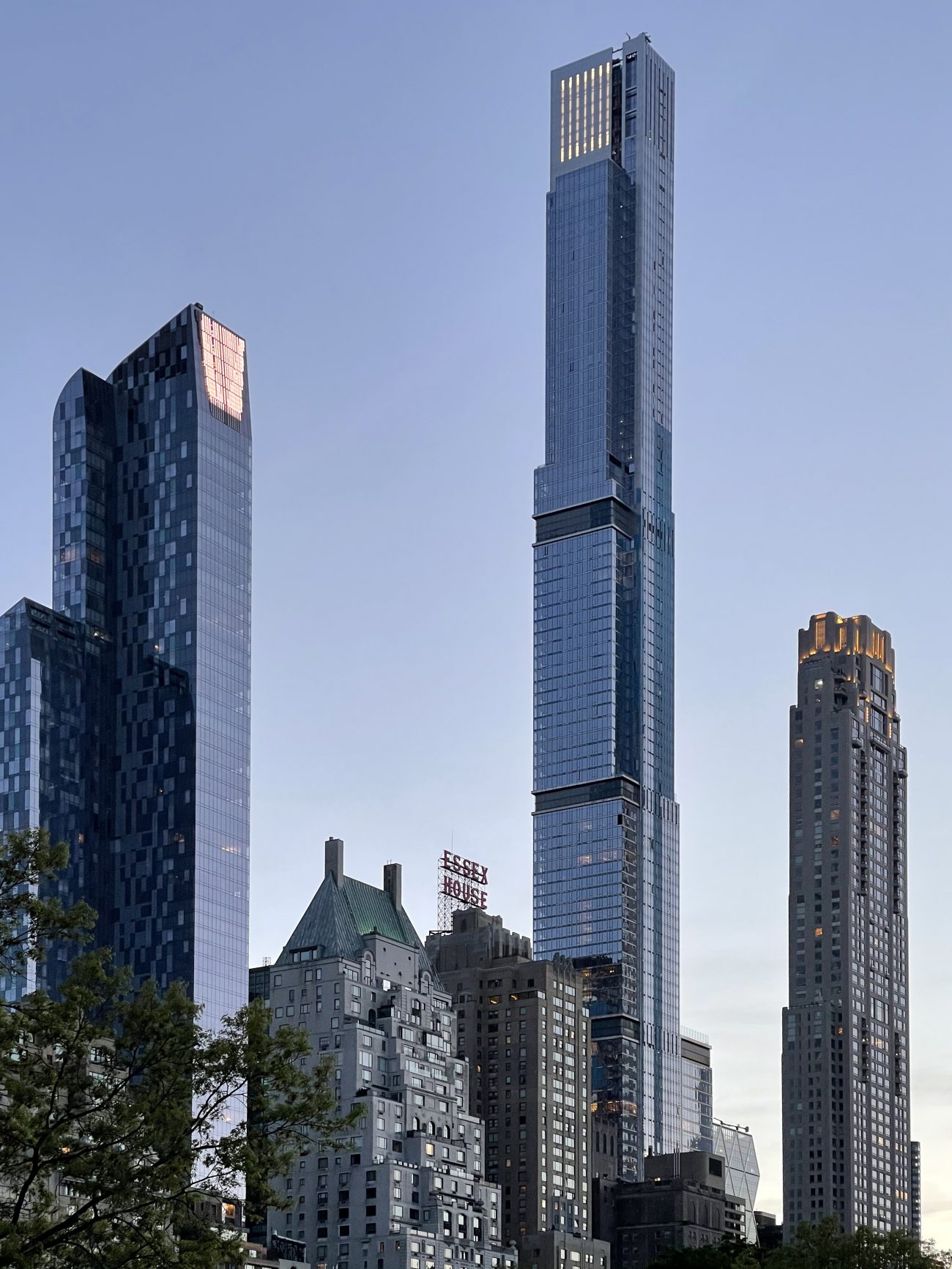 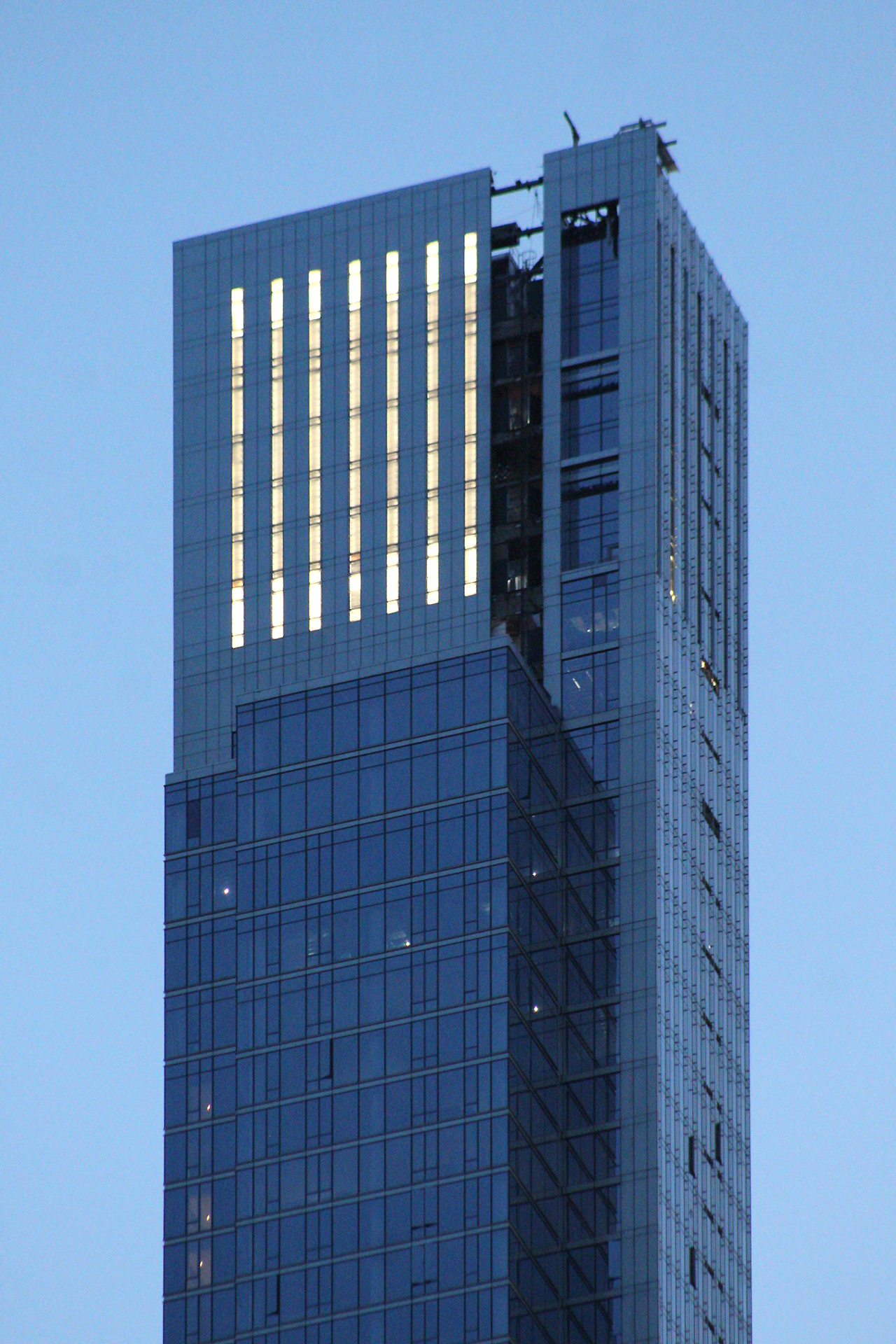 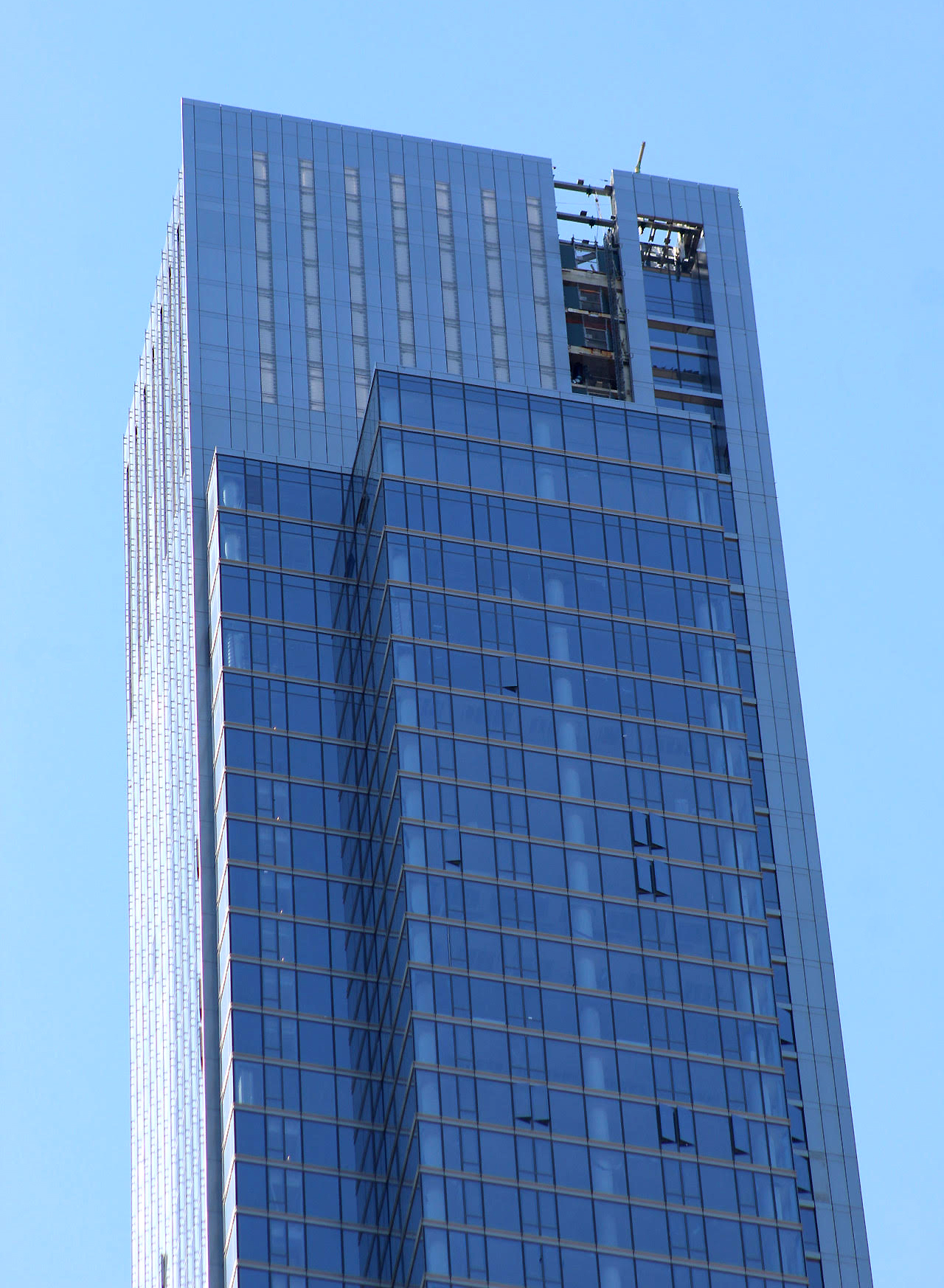 From afar the crown still shines as a beacon, even with only one side illuminated. 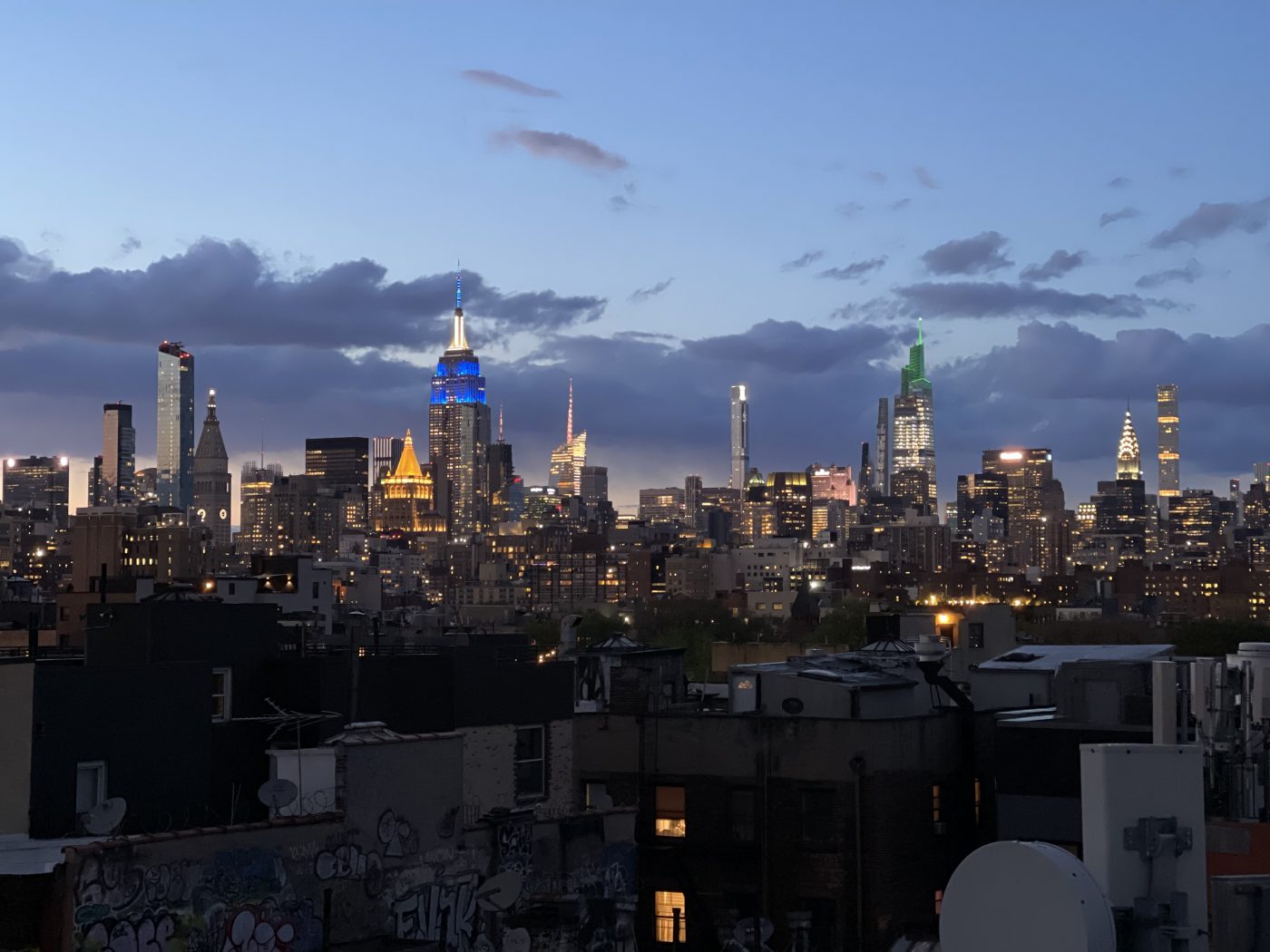 Central Park Tower from a distance. Photo by Matt Pruznick

As for the rest of the superstructure, the exterior hoist’s disassembly is now reaching street level and workers have spared no time filling in the gap with the reflective glass panels. More of the protective blue film has been peeled off, with only minimal amounts left to be removed. We can also expect to see the scaffolding in front of the Nordstrom retail frontage disassembled in the coming months. 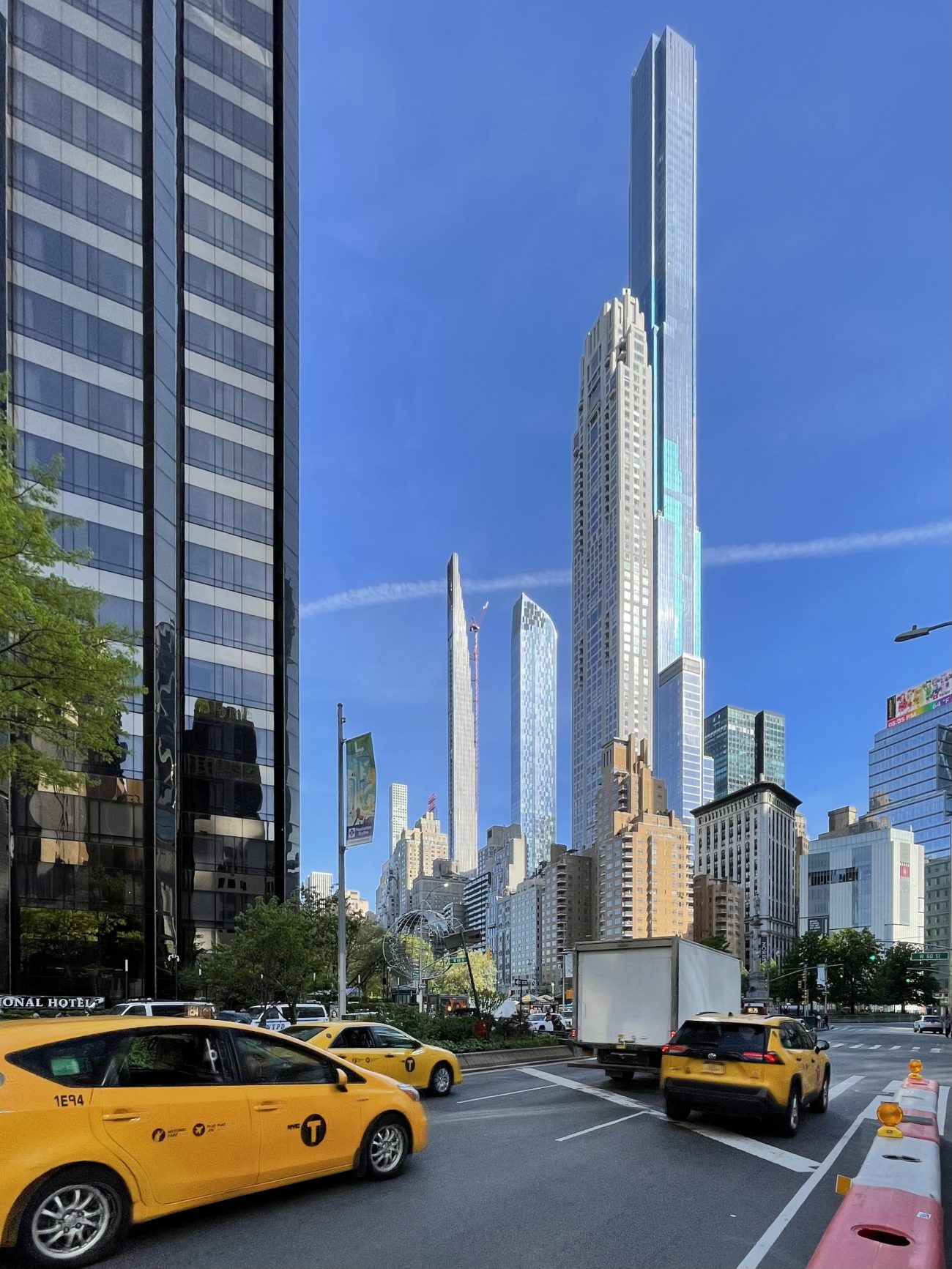 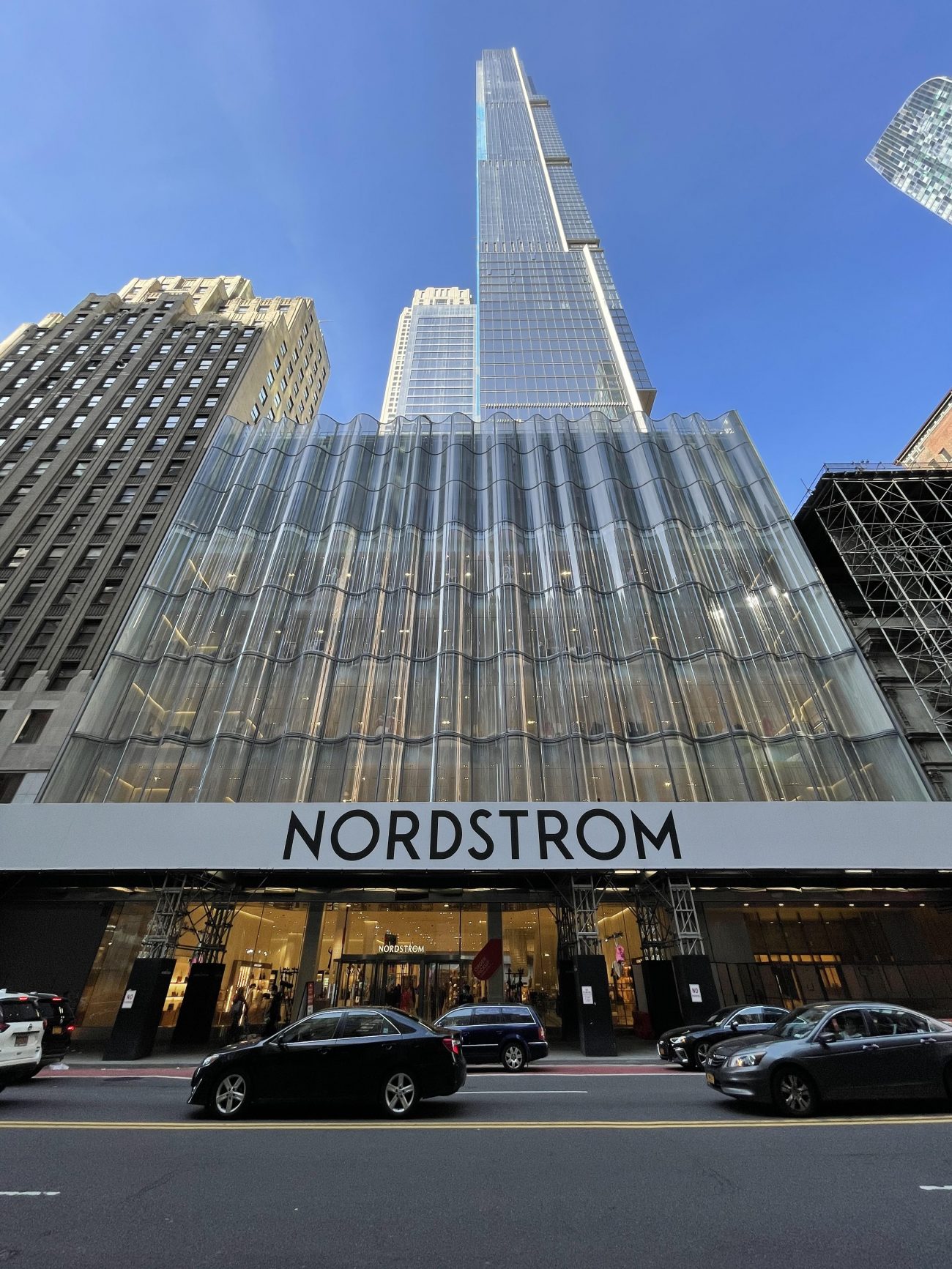 Residents will enter the property through a dedicated private lobby on West 57th Street, or through a secondary and more discreet access point along West 58th Street that comes with a gated valet entrance. The Central Park Club will be located on the 100th floor, making it the highest private residential club in the world, and is part of the building’s 50,000 square feet of amenities that are also spread across the 14th and 16th floors. Other amenities include an outdoor terrace with a swimming pool and cabanas for entertaining, a private screening room, a residents’ lounge, a tween game lounge on the 14th floor, a full-floor fitness and wellness center with a gym, a training room, a squash/basketball court, and spa treatment rooms on the 16th floor.

Homes come in two- to eight-bedroom layouts. They begin on the 32nd floor and range from 1,435 square feet to over 17,500 square feet. Resident-only services include in-home and in-club dining experiences, complemented by an exclusive Nordstrom partnership offering beauty and spa services, clinical skin care, personal stylists for wardrobes in the home and a variety of in-store perks, including advance access to new brands and collections, and priority access to invite-only events.

Central Park Tower should be completed sometime later this year.