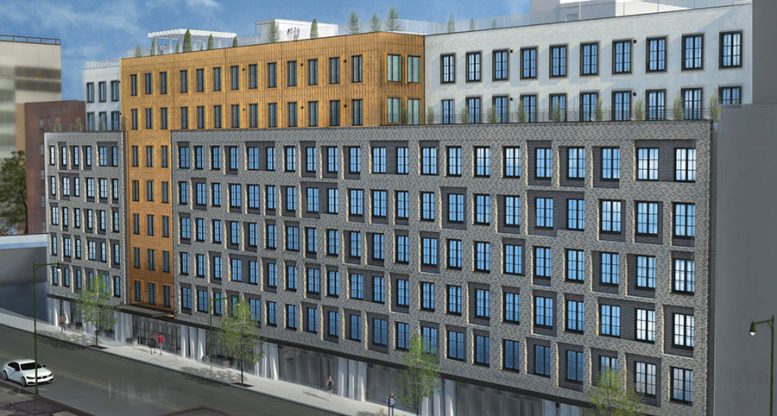 The Hudson Companies has partnered with two of New York City’s largest municipal pension funds to build new work force housing in the five boroughs and Nassau, Suffolk, Westchester, Putnam, Orange, and Rockland counties. In collaboration with the New York City Employees’ Retirement System, and the Teachers’ Retirement System of the City of New York, the investment is valued at $250 million.

The fine print of the partnership says that at least 70 percent of the new fund can be used to create multifamily rental, cooperative, or condominium housing. Monthly rents and purchase prices may exceed 200 percent of area median income (AMI). While not required, Hudson has confirmed that the properties will be designed sustainably in line with city initiatives for renewable energy and reduced consumption.

“Fighting climate change and increasing access to affordable green housing are crucial to making New York City an equitable place to live for generations to come,” said Mayor Bill de Blasio. “Our pension trustees are meeting the moment by divesting from fossil fuels and investing in climate solutions like this partnership: a winning combination for our planet, our city, and our pensioners.”

This latest endeavor is Hudson’s second partnership with city pension funds aimed at the development of quality mixed-income housing. In 2013, all five New York City pension funds invested $500 million in residential and commercial real estate, focused in areas affected by Superstorm Sandy. At that time, Hudson was one of two private development partners.

“Now more than ever, it’s critical to create high-quality workforce housing for working families,” said Joe Riggs, principal at the Hudson Companies. “This public-private partnership will help address the housing crisis and fair housing goals in New York City and around the region through sustainable, transit-oriented projects, boost local economies through the recovery, and create jobs when they’re needed most.”

Hudson and its two pension system partners expect a competitive return on investment that could yield up to ten projects and around 2,000 individual units. The first two developments could take shape in Brooklyn and Westchester County.