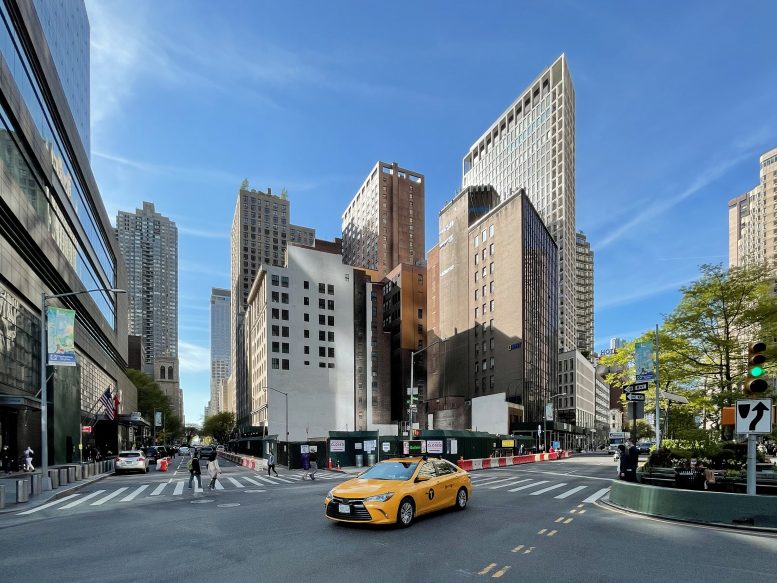 Excavation has begun at 1841 Broadway, the site of a 24-story residential building on Manhattan’s Upper West Side. Designed by SLCE Architects and developed by Global Holdings Management Group, the 281-foot-tall building will span 181,319 square feet and yield 173 units as well as 11,741 square feet of commercial space. Pavarini McGovern, LLC is the general contractor for the project, which will rise from a corner site at the intersection of Broadway and West 60th Street, just north of Columbus Circle and the southwestern corner of Central Park.

At the time of our last update in early January, only a few floors of one of the existing structures on the plot remained to be torn down. Now both buildings have been fully razed and excavators are at work digging the foundations. The former 97-year-old 1841 Broadway stood 12 stories tall and measured 114,022 square feet, while the 111-year-old 1845 Broadway was a four-story commercial building totaling 15,068 square feet. 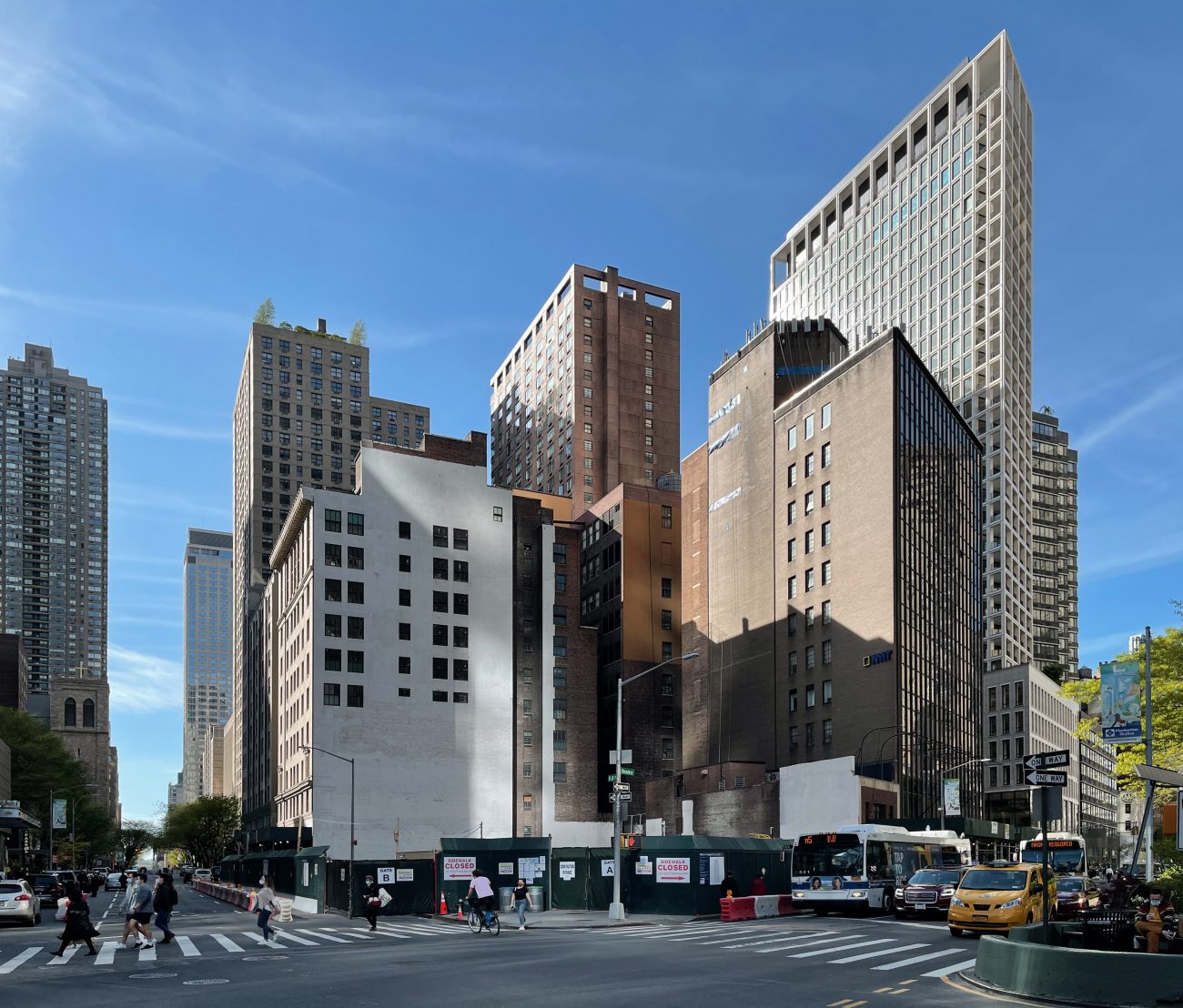 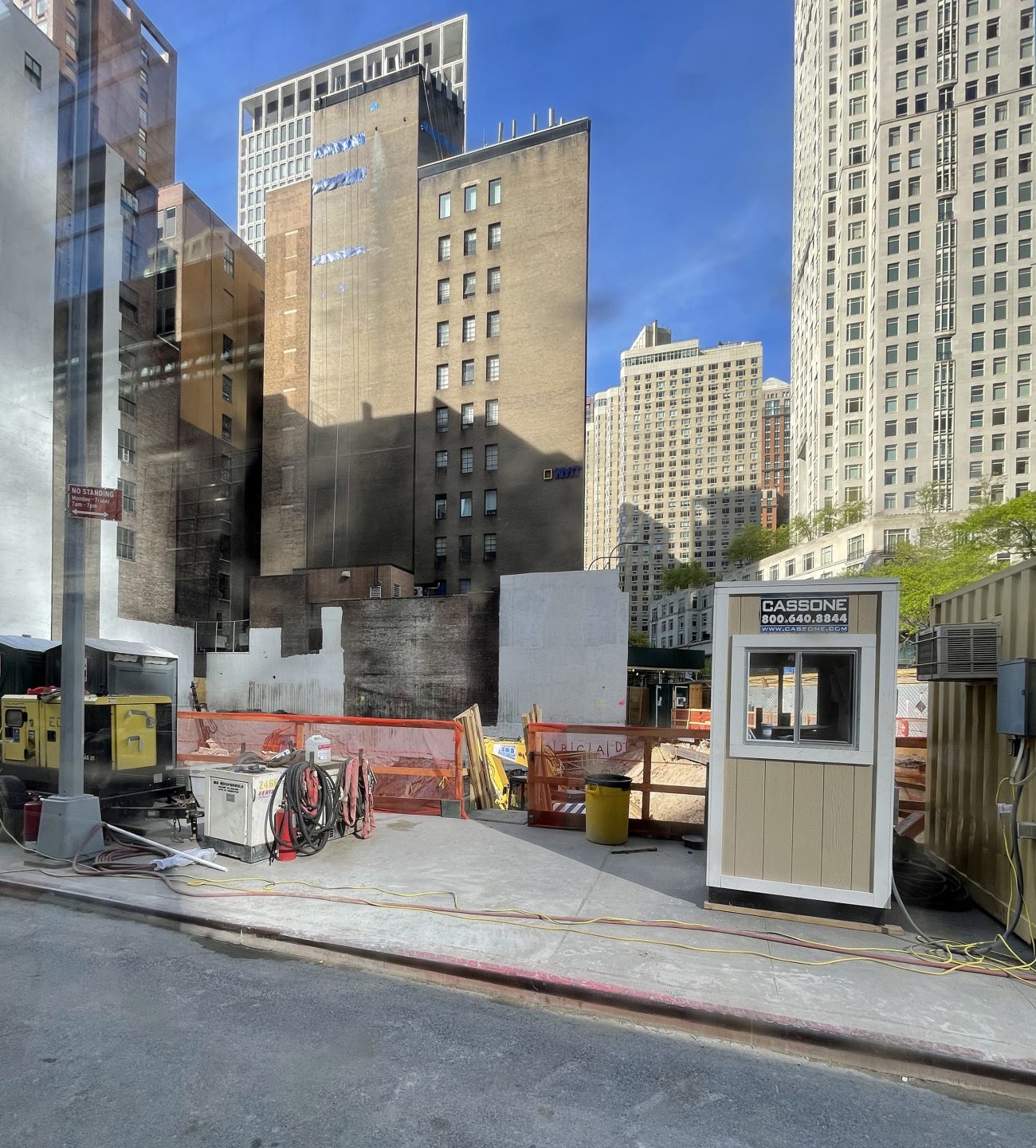 A new preliminary rendering has also been posted on the construction fence that shows a modestly tall superstructure. It’s assumed that the view is looking north at the southern elevation, with the multi-story podium positioned along Broadway. The ground floor seems to have tall glass frontage across the angled eastern profile, and an entrance sitting underneath a canopy along West 60th Street. The main building rises to the west with a uniform grid of square and rectangular windows. A couple setbacks near the parapet could likely make way for outdoor rooftop terrace space. 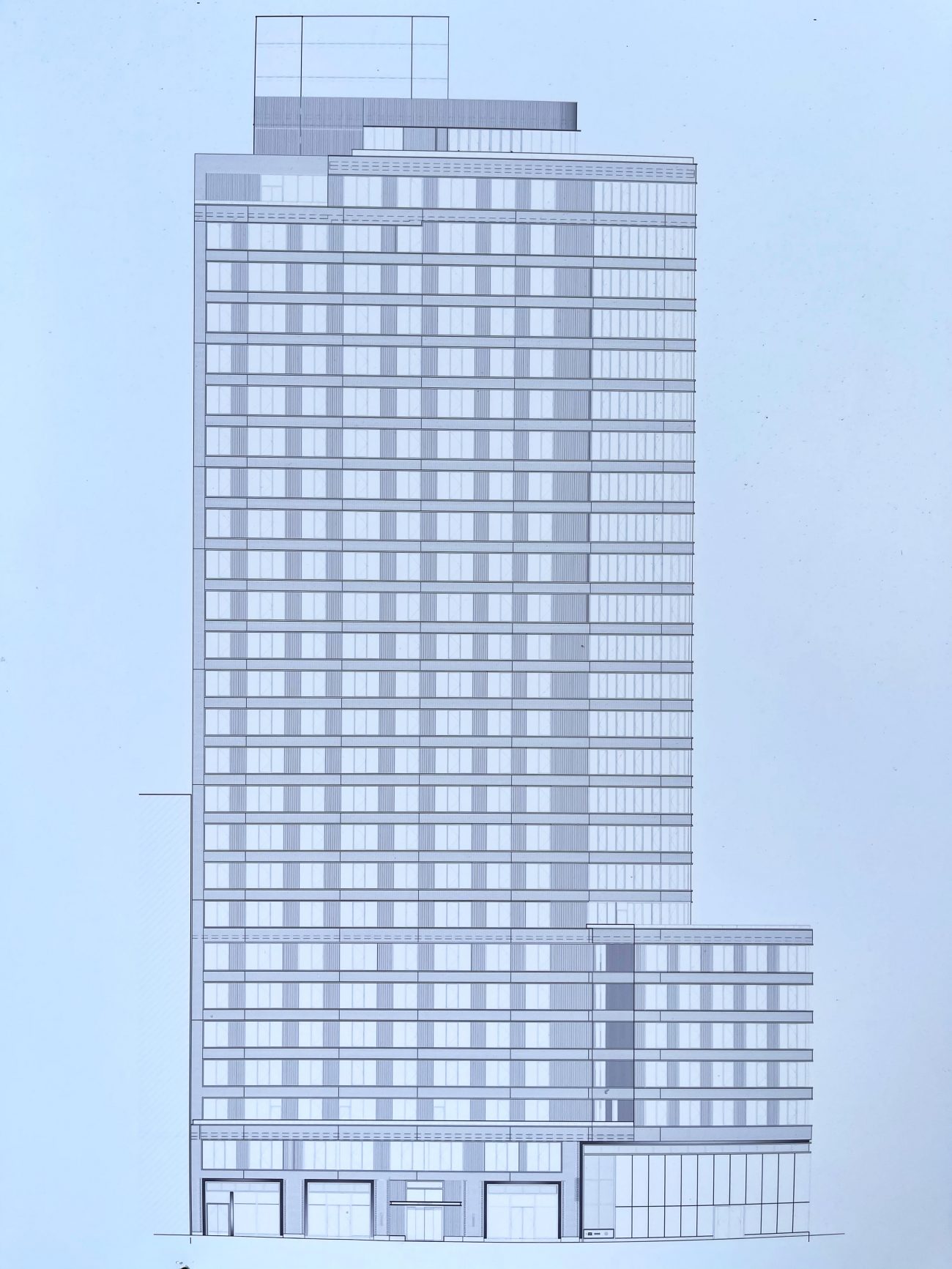