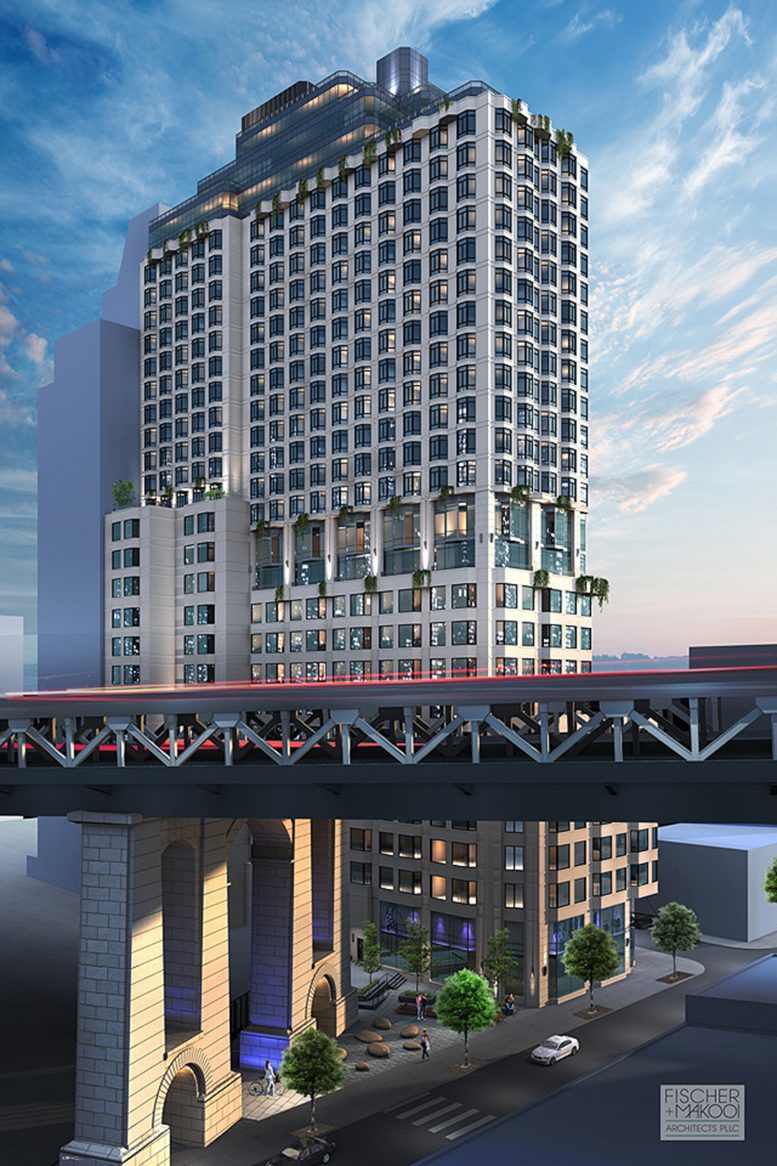 Permits have been filed for a 26-story mixed-use building at 69 Adams Street in DUMBO, Brooklyn. Located between Front and York Streets, the lot is one block from the York Street subway station, serviced by the F train. Rafael Rabinowitz under the Galaxy Developers LLC is listed as the owner behind the applications.

The proposed 280-foot-tall development will yield 258,200 square feet, with 156,122 square feet designated for residential space and 102,078 square feet for commercial space. The building will have 225 residences, most likely rentals based on the average unit scope of 694 square feet. The concrete-based structure will have 60 feet of frontage along Adams Street, a 25-foot-long rear yard, and 61 enclosed parking spaces.

Fariba Makooi of Fischer Makooi Architects is listed as the architect of record. It is unclear if the design has changed since renderings were released in 2020.

Demolition permits were filed in 2017 for the four-story building previously on the site. A completion date has not been announced for the estimated $10,000 project.