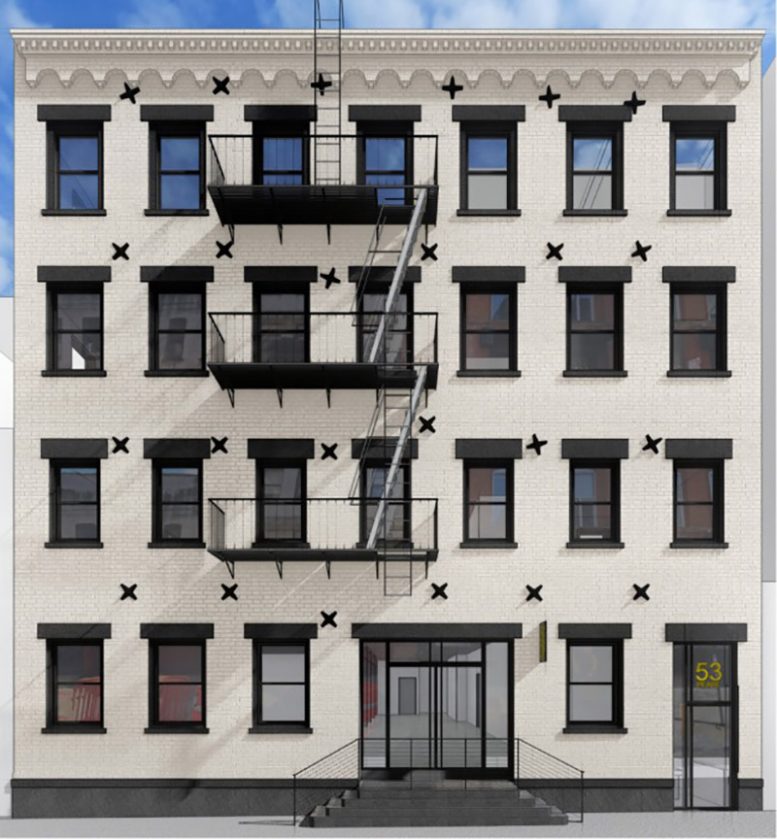 The Landmarks Preservation Commission (LPC) has approved the expansion of an existing residential building at 53 Pearl Street in DUMBO, Brooklyn. With pre-construction underway, the building will slowly rise from four to eight stories.

The Italianate-style structure, originally completed in 1880 as a factory for the Masury Paint Company, was recently converted into a rental apartment building. Initial proposals from BKSK Architects were presented in March 2019 and called for a six-story addition. The city’s Housing Development Corporation (HDC) and the local community board rejected those proposals as “out of scale” and “inappropriate” given the industrial texture of the neighborhood.

Following this meeting, the LPC did not grant necessary approvals for construction to proceed. 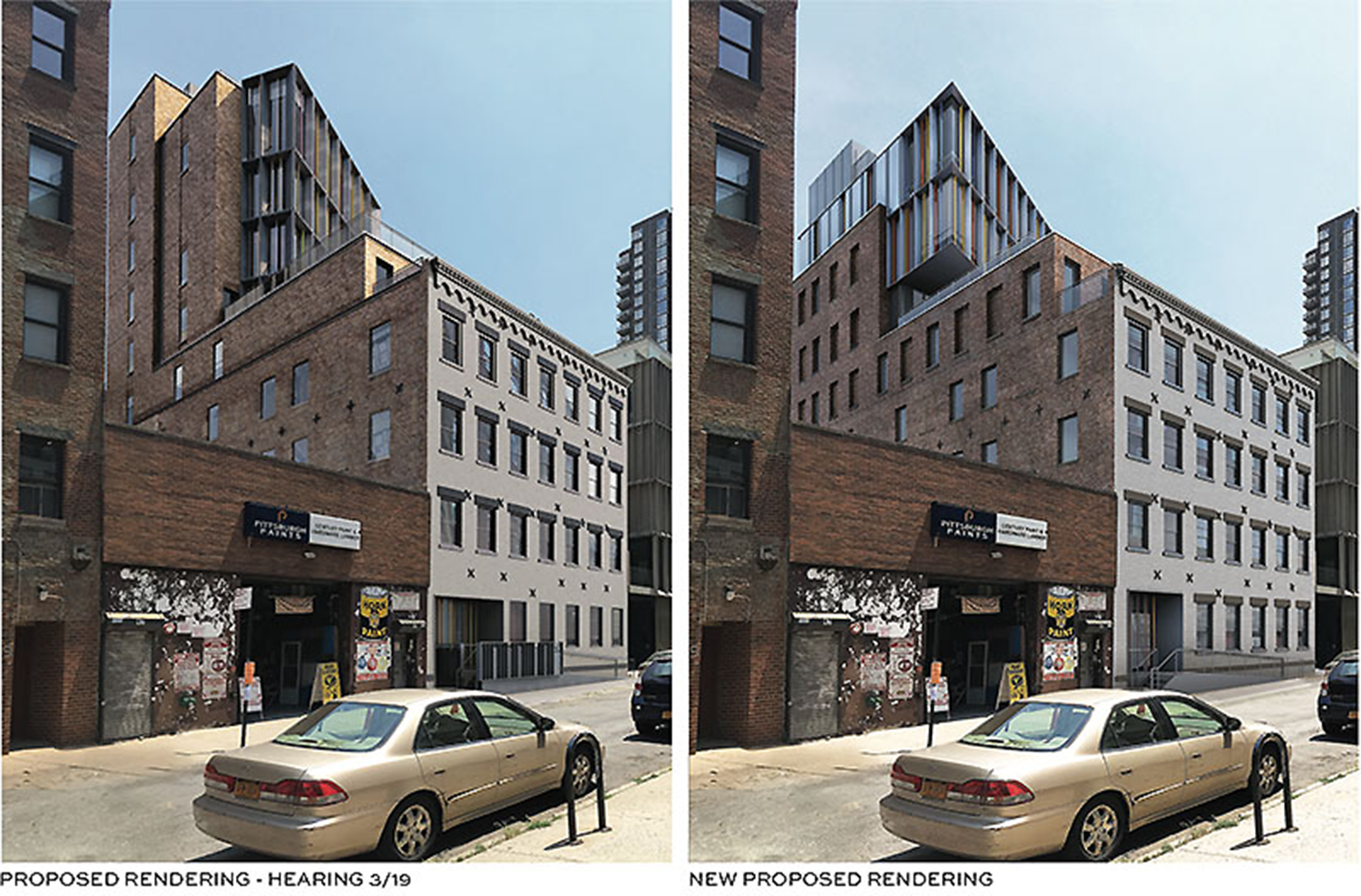 Originally proposed (left) and previously approved renderings (right) of 53 Pearl Street from BKSK Architects. **The ADA ramp illustrated will no longer be constructed.

In response, the project team reduced the expansion from six to four stories. The team also replaced the expansion’s dense red brick façade with recessed glazing, bright metal fins, and ornamental gray metal cladding that delineates each floor above the fourth level. Renderings were previously attributed to BKSK Architects. This time around, the latest batch of renderings are credited to Mancini Duffy, a New York-based architecture and interior design studio.

The latest drawings reveal an ADA-compliant entryway, blade signage with the building’s address, cast iron entry stairs, and a bright new coat of paint for the Pearl Street elevation. New renderings do not include a previously approved ADA ramp.

The project team has not revealed an anticipated completion date for the expansion. 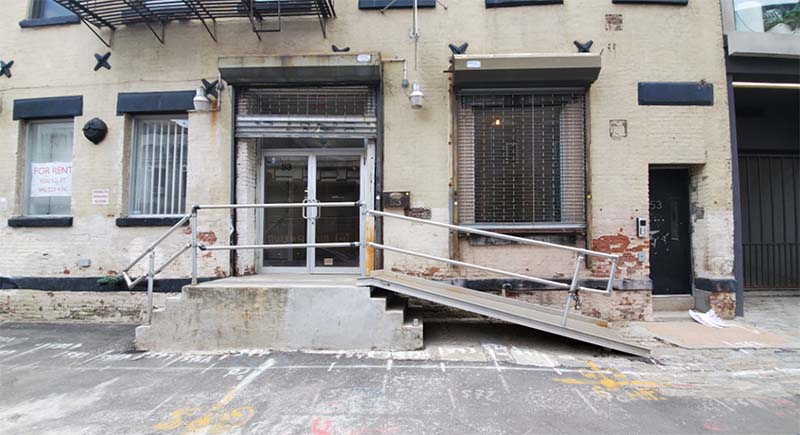 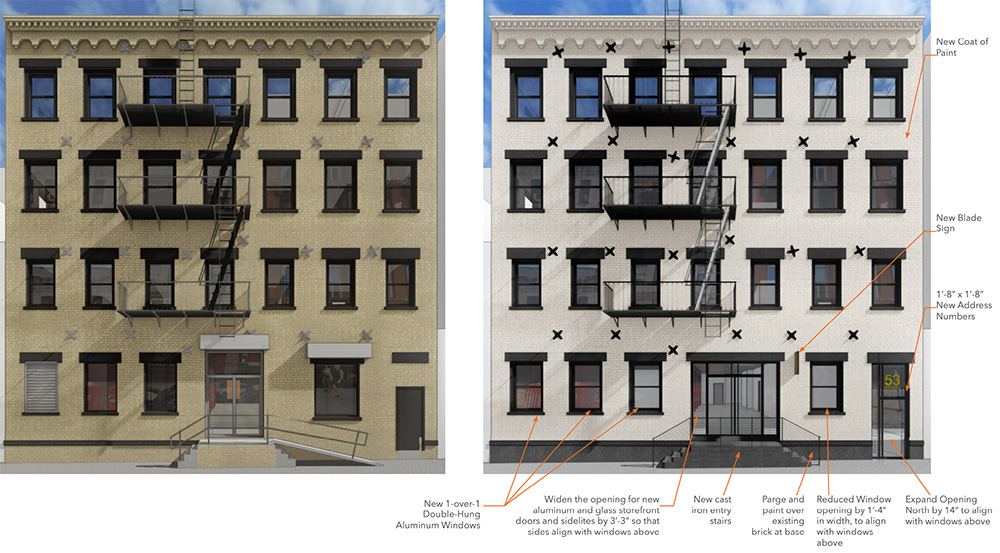 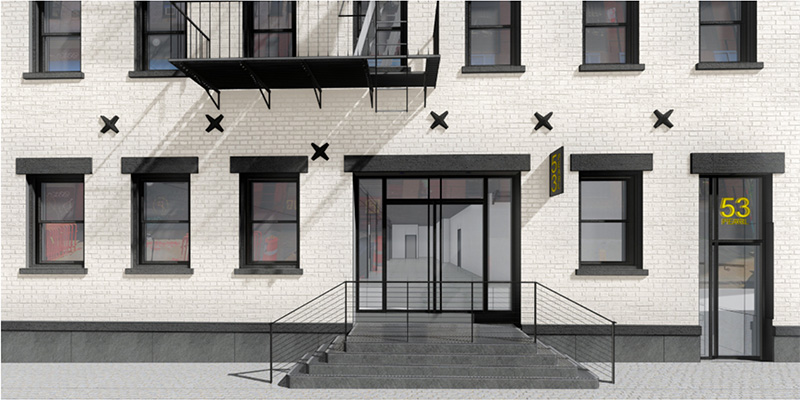 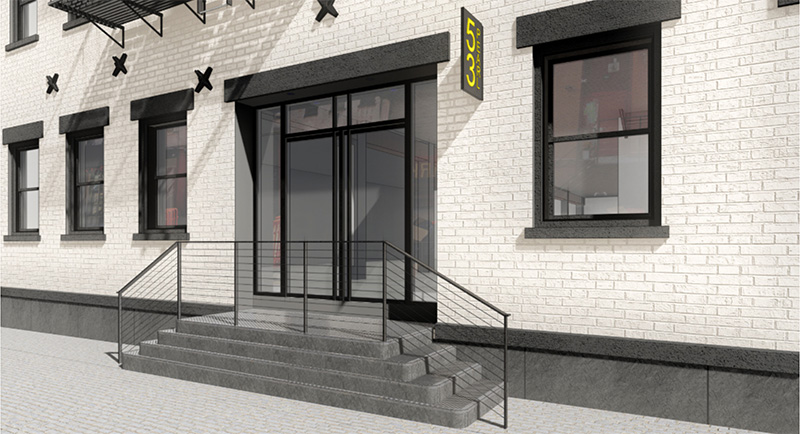