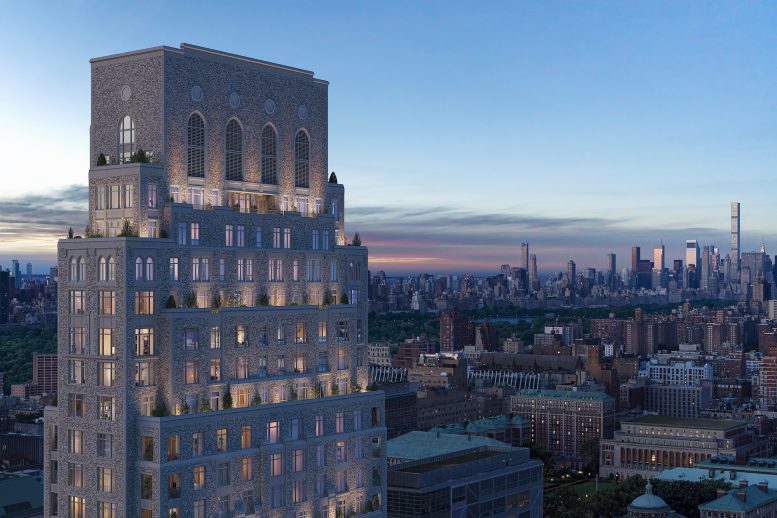 “With its majestic views of the Hudson River, Riverside Park and Central Park, Claremont Hall is set uniquely within the historic Union Theological Seminary campus and draws inspiration for its façade and shape from the surrounding New York Landmarks,” said Melissa Román Burch, executive general manager at Lendlease. “We are extremely proud to see our vision take shape, as both developer and construction manager, in a way that respects the historic context of the neighborhood and supports the work of the Union Theological Seminary and all of our neighbors in this thriving community.”

The first rendering, made by BINYAN Studios, focuses on the upper half and crown of the structure, which is clad in an elegant mix of bricks and stone. The massing features a series of setbacks that will serve as private terraces, and culminates in crown extension with arched mechanical grilles and floodlights illuminating the envelope. Robert A.M. Stern Architects designed Claremont Hall in collaboration with Union Theological Seminary, a 180-year-old center of theological education, and aims to integrate with the broader campus and neighborhood.

“We knew from the start that our design for this tower had to grow naturally out of the Gothic Revival character of the Union Theological Seminary, a rugged architecture softened by meticulous detailing, said Paul Whalen, design partner of Robert A.M. Stern Architects. “We have sculpted the building with setback masses and simple abstracted detailing that create a memorable silhouette against the sky while at the base we transition to a more literal use of Gothic stonework that seamlessly connects the entry facade with the surrounding historic campus buildings. The new ensemble is pulled together with a painterly mix of contrasting bricks and cast stone, integrating with the visual texture of the surroundings. The residences are similarly envisioned to inspire with bold details; bay windows and terraces that come together to evoke the Collegiate Gothic architectural style.”

The second rendering highlights the entire building in the context of the neighborhood, looking south from Grant’s Tomb down the Hudson River toward Midtown and Hudson Yards. From this view, Claremont Hall dwarfs the 392-foot-tall tower of Riverside Church, which has dominated this section of Manhattan since its completion in 1930. 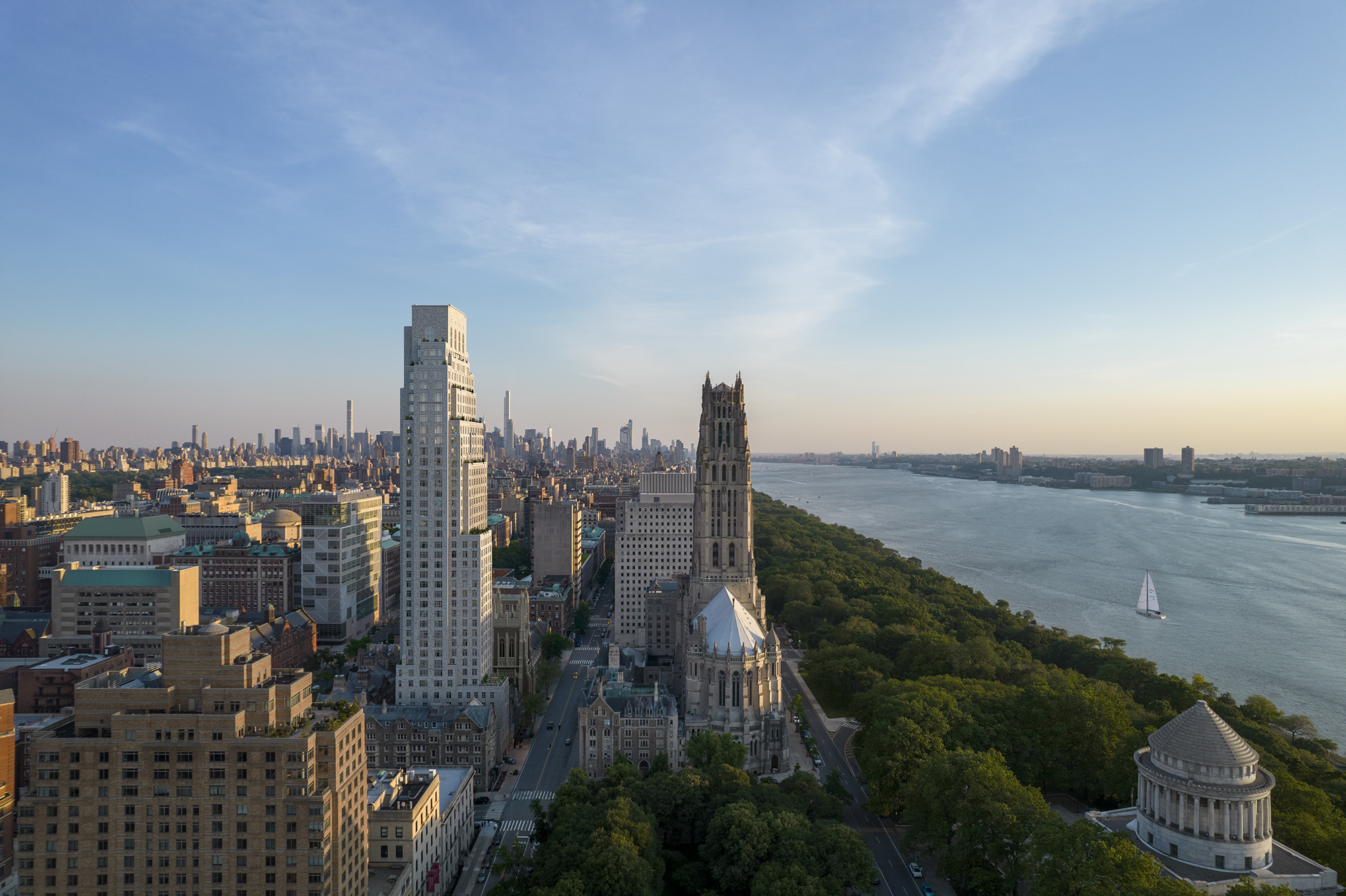 Claremont Hall will provide approximately 54,000 square feet of classrooms, academic offices, and faculty-designated apartments. The remainder of the building will be allocated for approximately 165 condominium residences in a mix of one-, two-, three-, and four-bedrooms. Developers are also aiming for LEED Gold Certification.

YIMBY has been told that Claremont Hall will be finished in 2023. Condominium sales have yet to commence.