Excavation work is ramping up at 22-11 31st Street, the site of a three-story retail structure with a Target store in Astoria, Queens. Developed by Jenel Real Estate, the building will yield 97,314 square feet with 175 feet of frontage along 31st Street. Pav-Lak Contracting, Inc. is the general contractor for the property, which was previously occupied by a two-story Key Food supermarket until its demolition in 2020. Target signed a lease with A&H Acquisitions and will provide a variety of households needs, décor, men’s and women’s apparel and accessories, baby and children’s apparel and toys, an adult beverage section, a CVS Pharmacy and Order Pickup, and tech and fitness accessories.

Photos from the elevated Astoria-Ditmars Boulevard subway station show the entire property with numerous mechanical equipment and workers in action. Steel pilings and foundation work are progressing in tandem with the excavation of the site. 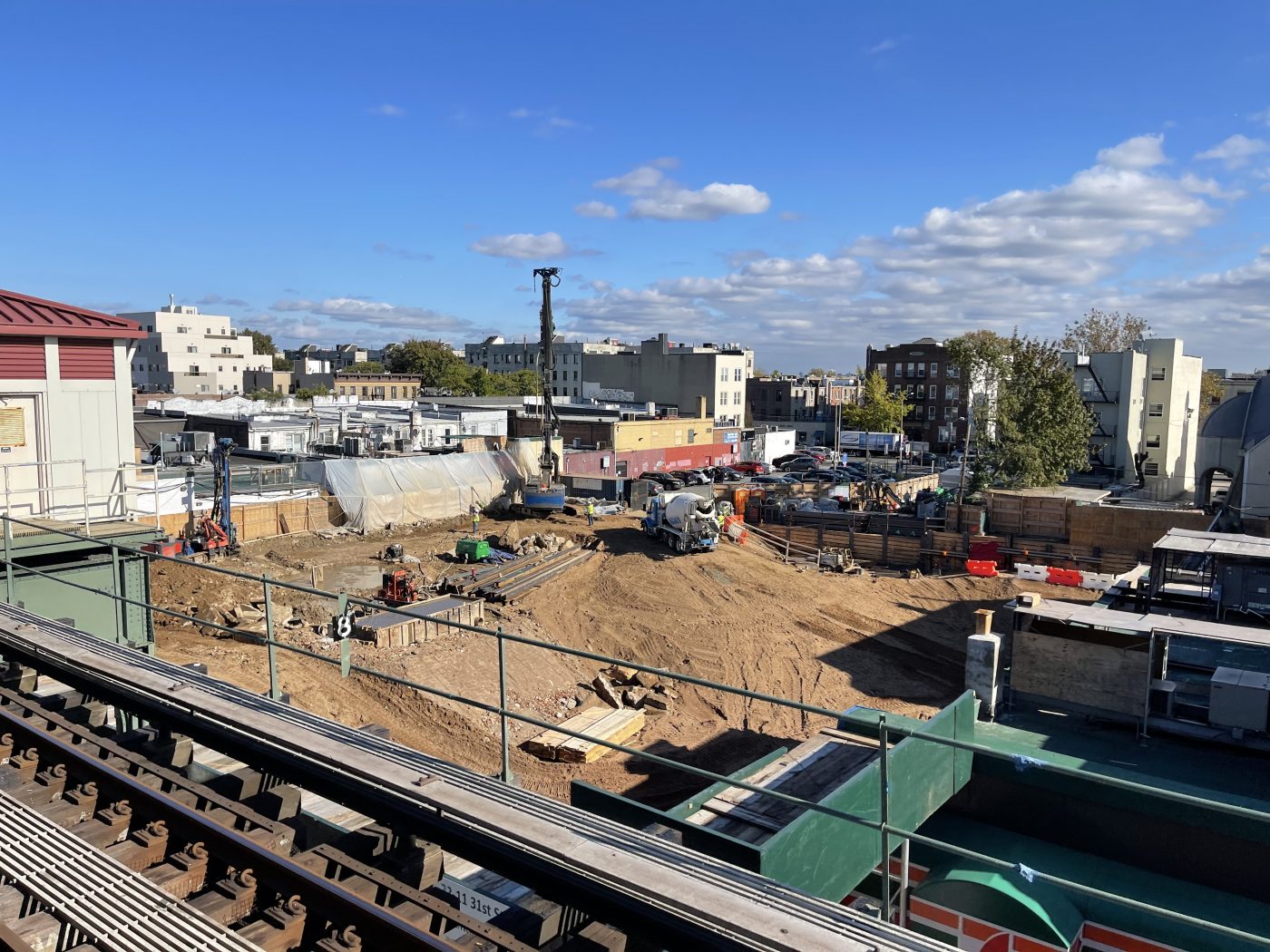 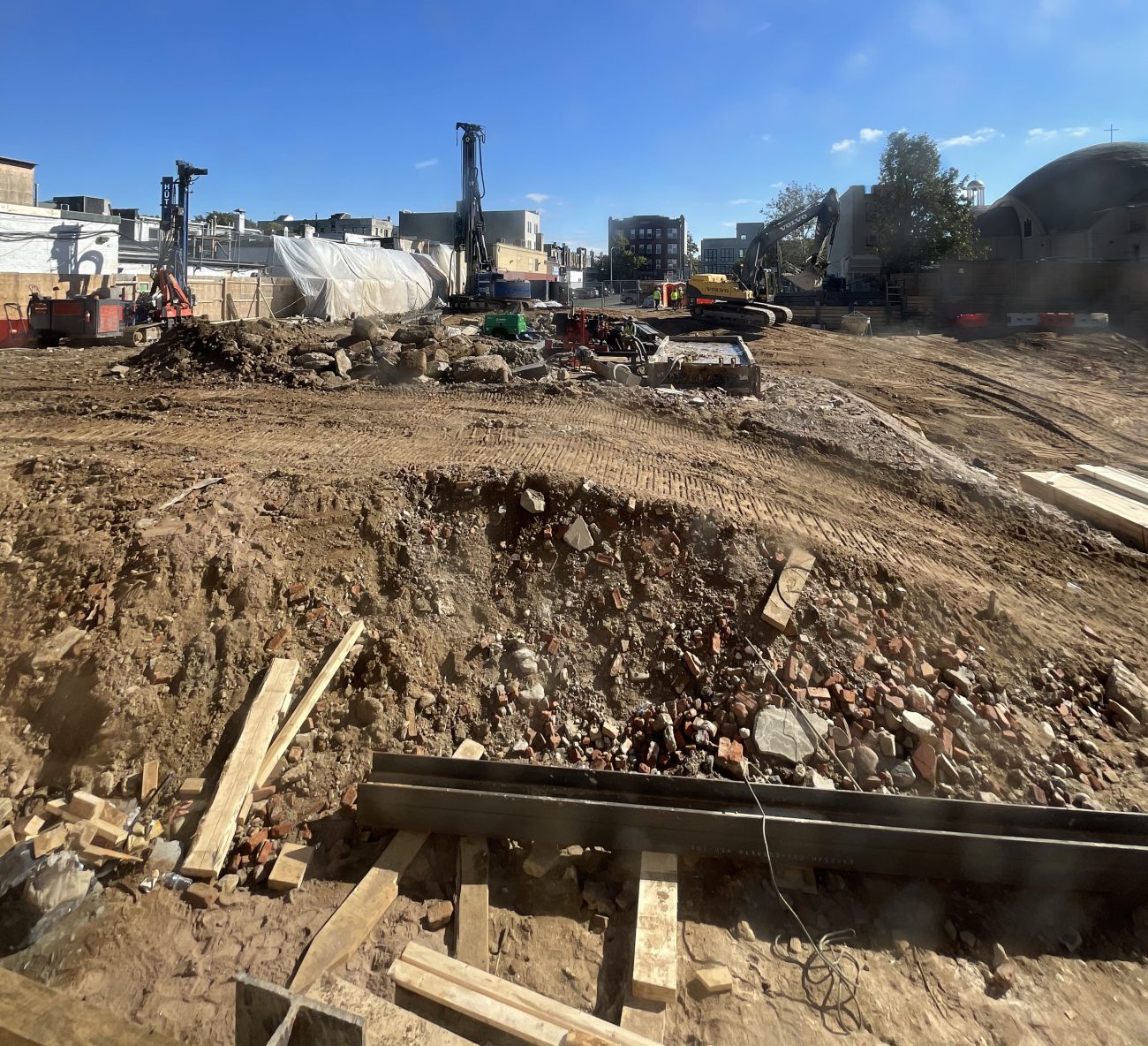 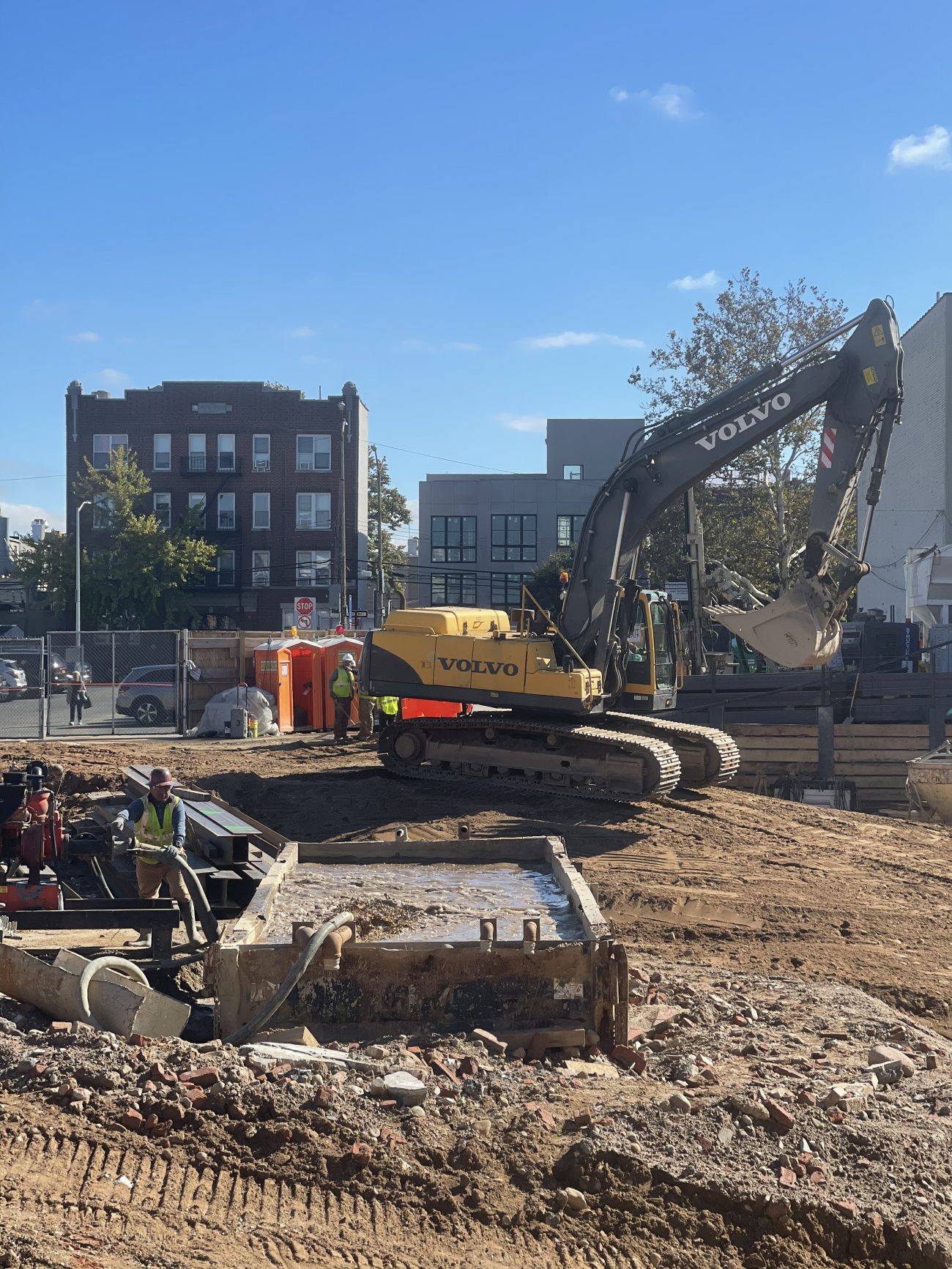 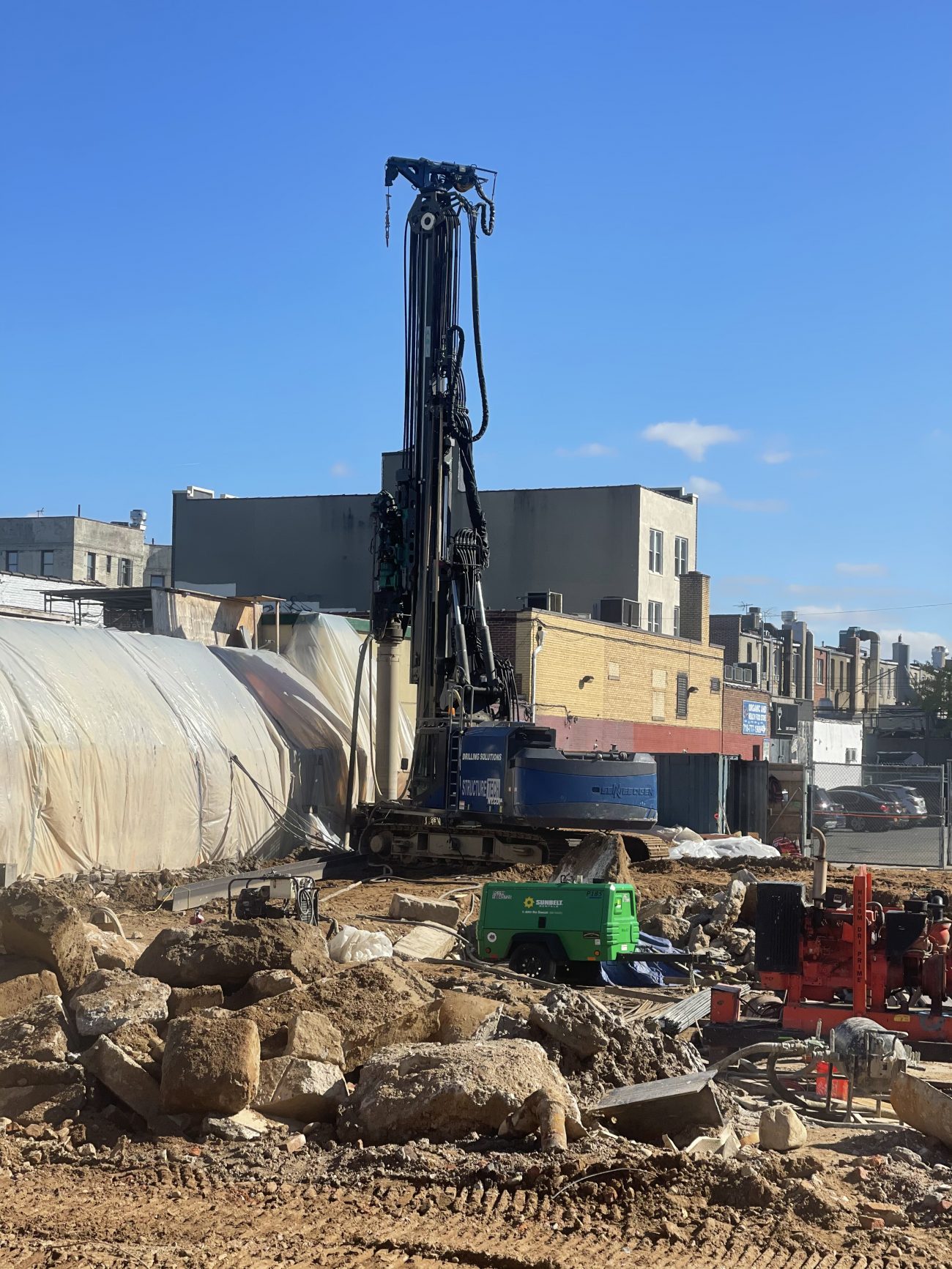 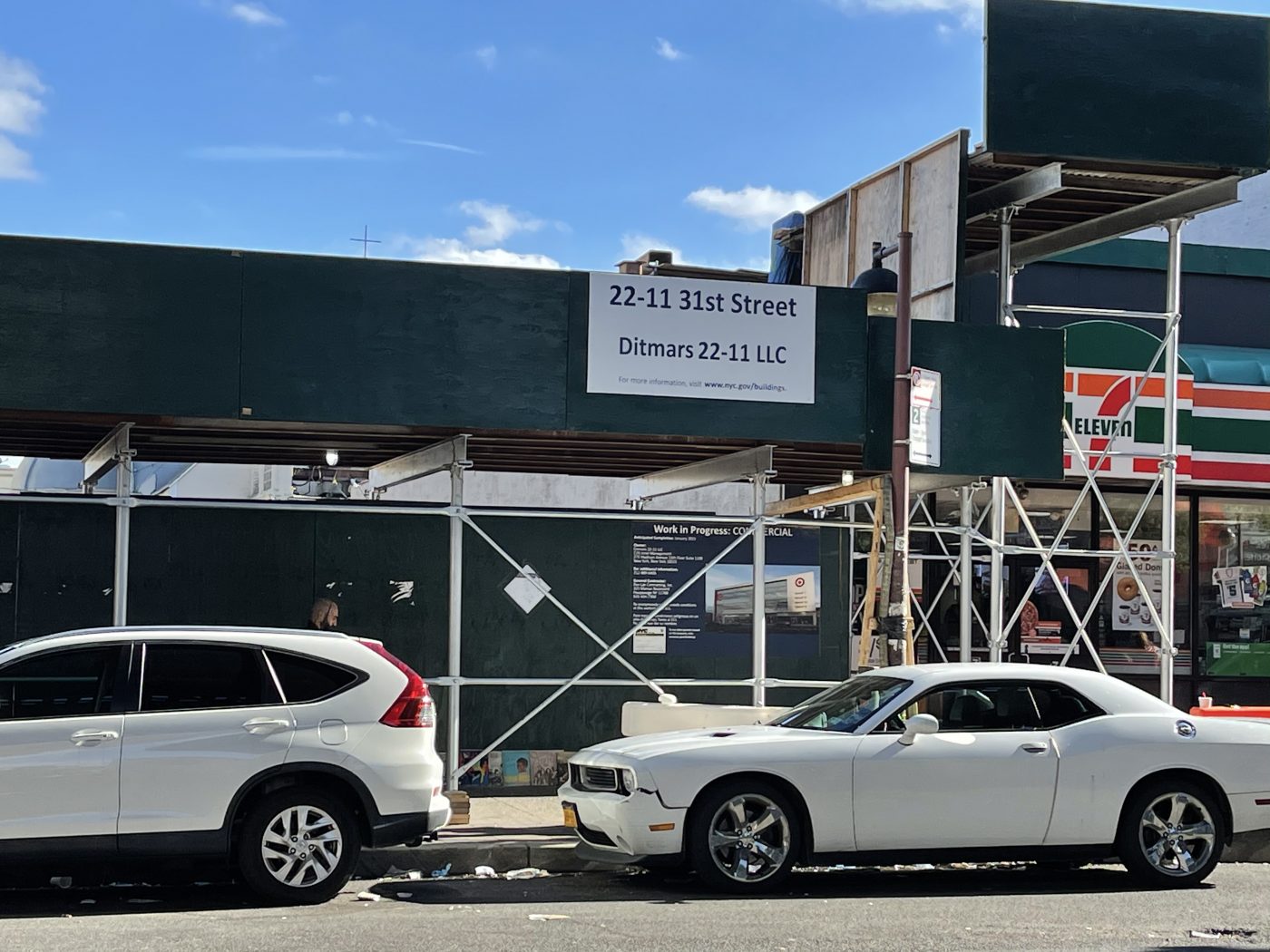 The main rendering depicts the western façade composed of a mix of floor-to-ceiling glass windows, spandrels, and metal panels covering the building up to its flat roof parapet. On the ground floor are four subdivided retail spaces along 31st Street that would sit among Target’s larger 47,000 square feet of space. Up to 100 employees will be hired for the department store. The southern corner of the edifice will feature the Target logo and the names of the four tenants stacked below.

The express N and local W trains are conveniently found just south of 22-11 31st Street at the Astoria-Ditmars Boulevard station.

22-11 31st street is slated for completion in January 2023, as noted on the construction board.