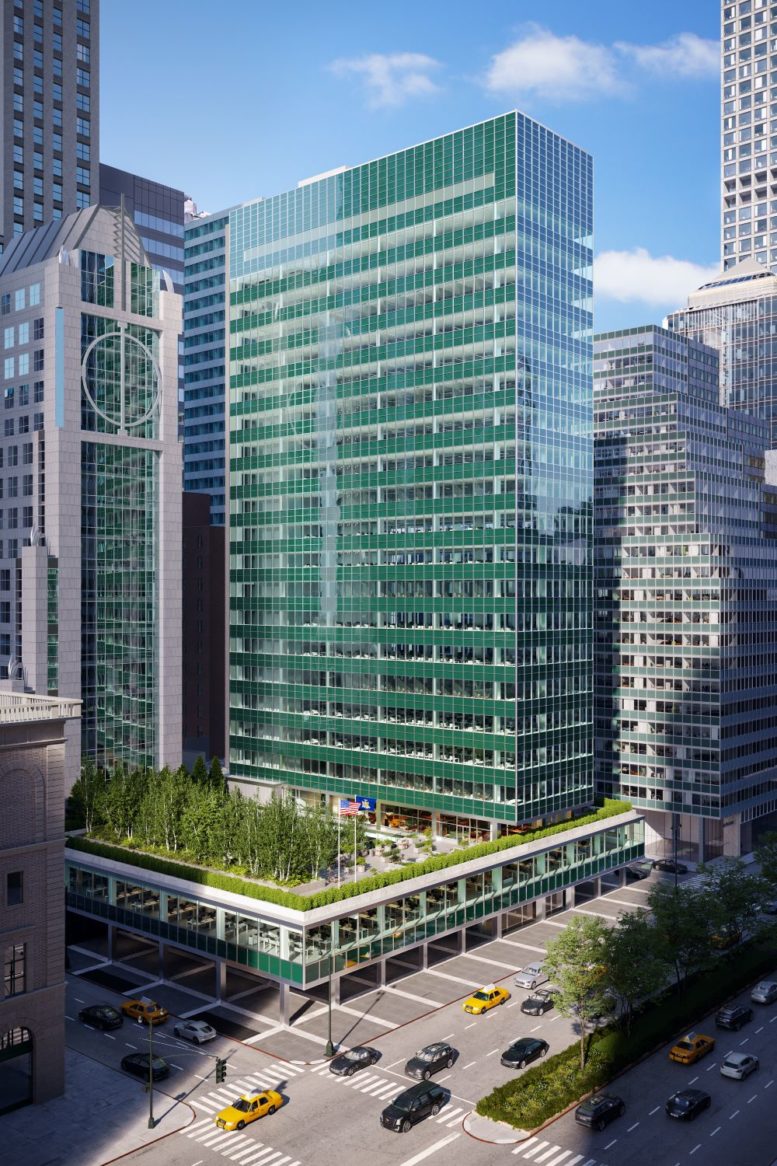 An extensive renovation of the historic Lever House in Midtown East officially kicked off this week. Valued at $100 million, the project aims to transform and modernize the commercial property into a boutique office tower, while also restoring areas of the building that have not withstood the tests of time.

“Lever House has always been celebrated for being ahead of its time, and with this redevelopment will once again take its place as the leading boutique office experience in New York City,” said Ric Clark, co-managing partner of WatermanClark. “Envisioned and executed by a world-class development team, this project addresses the clear demand from premier firms for exceptional office environments that are healthful and hospitality-focused, all in one of the world’s most cherished buildings.” 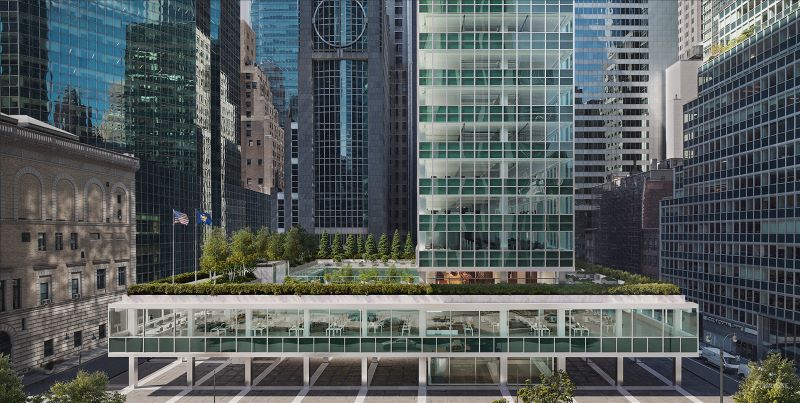 Located at 390 Park Avenue, Lever House was originally designed by architects Gordon Bunshaft and Natalie de Blois, who were both prominent partners at SOM. The building was completed in 1952 and was designated a New York City Landmark in 1982 as an influential example of International Style architecture. Lever House was later added to the National Register of Historic Places in 1983.

Forthcoming amenity spaces include a third-floor tenant-only club with communal lounge spaces, a restaurant, and conferencing areas. The club will be attached to a 15,000-square-foot outdoor terrace with birch trees and decorative planters that overlooking Park Avenue. At the ground floor, alterations include the replacement of aluminum paneling, stone columns, and flooring, improved lighting, and the replacement of non-original plaza paving and bases.

The new amenity spaces and lobby were designed in collaboration with award-winning architect Marmol Radziner.

The tower’s mechanical system will shift from induction units to a dedicated outside air system, which will deliver 100-percent outside air to tenants.

“Lever House is one of our crown jewels, and we are honored to steward this emblem of Modernism into the future,” said Chris Cooper, design partner at SOM. “Our team revisited the site 20 years ago to carefully replace the building’s curtain wall, and we view this next phase of retrofitting as the completion of its restoration. We look forward to enhancing its performance while respecting its rich heritage and ushering it into a new chapter.” 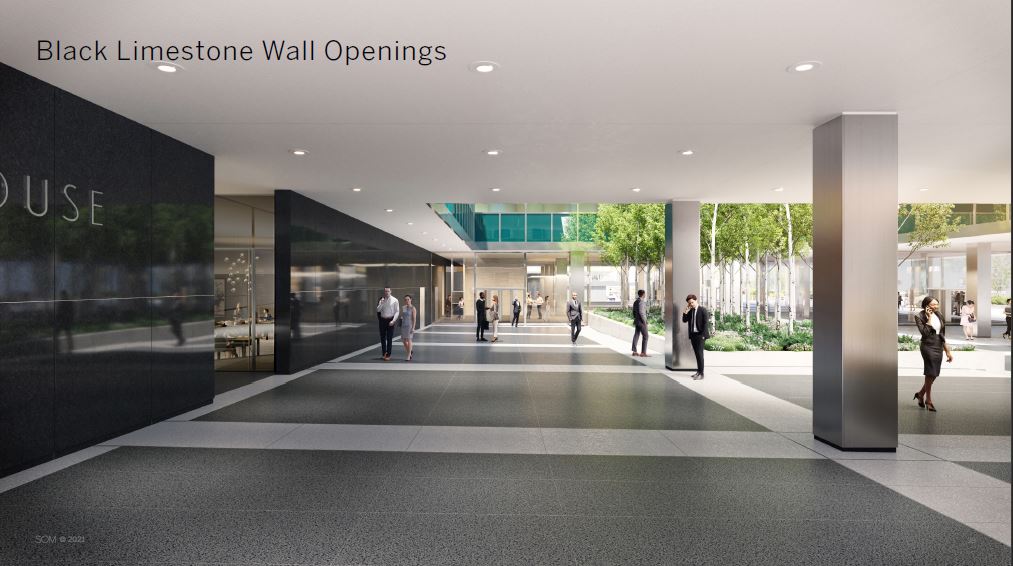 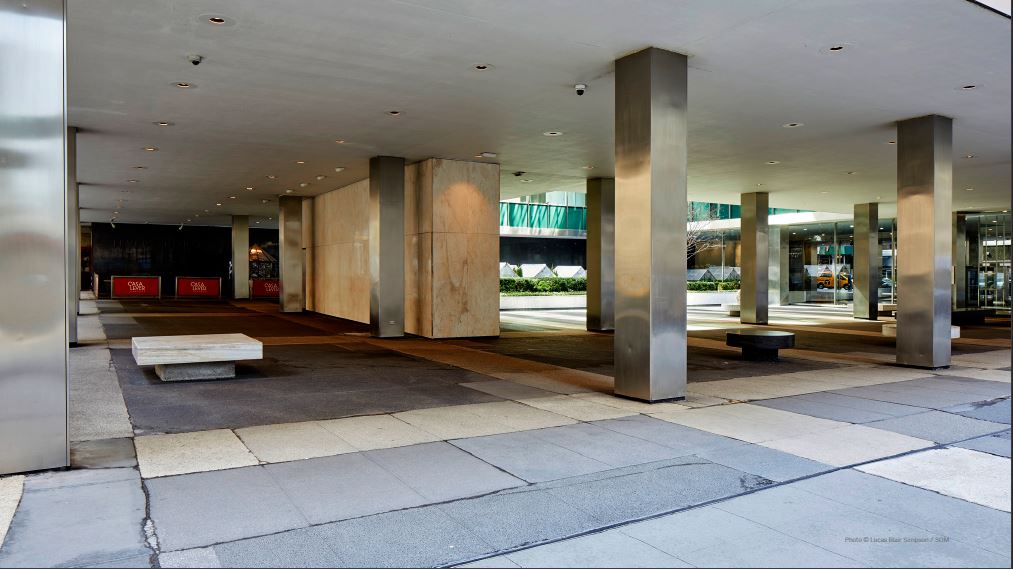 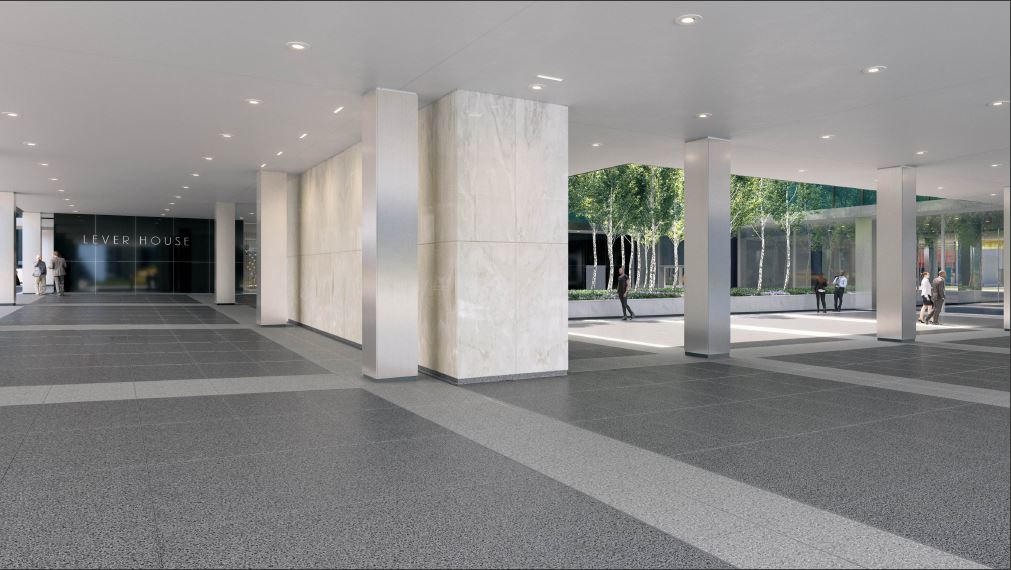 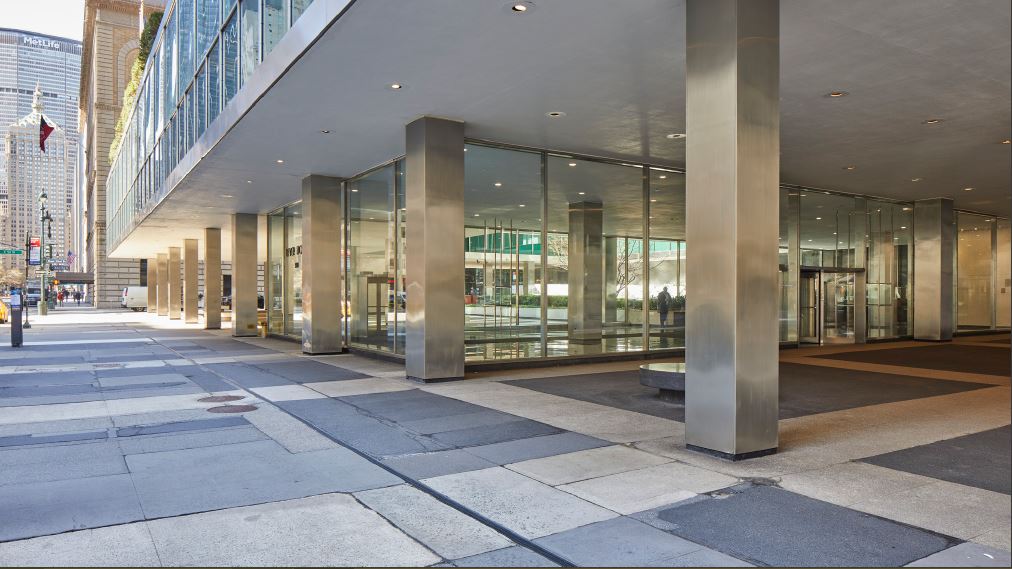 WatermanClark and Brookfield Properties anticipate renovations at Lever House to be completed and the building open for tenants in the first quarter of 2023. Tenants will be able to begin construction in their respective premises in the middle of 2022.

4 Comments on "$100M Renovation Project Kicks Off at the Historic Lever House in Midtown, Manhattan"