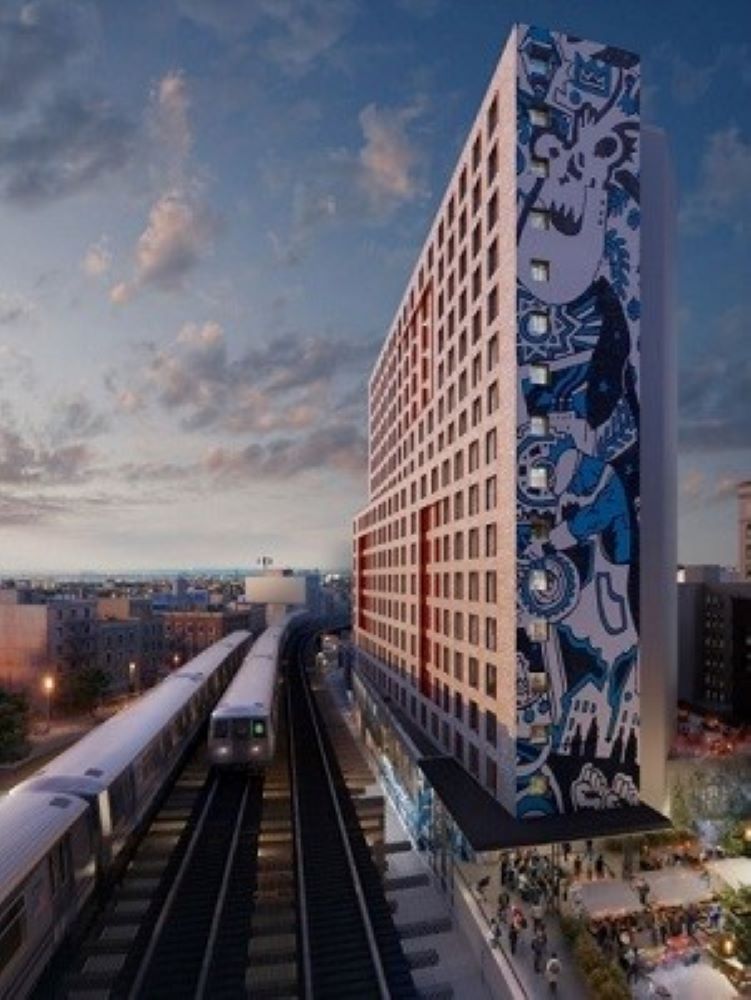 The New York City Department of Housing Preservation and Development (HPD) has revealed the first of two new affordable housing properties in the southwest corner of The Bronx. Located in Concourse near the intersection of River Avenue and East 168th Street, Site A will eventually debut as River Commons and will comprise 278 affordable apartments.

Site A currently functions as a surface-level parking lot owned by the New York City Health and Hospitals Corporation, also known as H+H. Following a two-year request for proposal process, HPD has selected Type A Projects, L+M Development Partners, and BronxWorks as its development partners for the new building.

“The selected project for the River Avenue H+H site will transform a surface parking lot into affordable housing and community space for the Southwest Bronx, making good on our commitments to the community in the Jerome Avenue Neighborhood Plan,” said HPD commissioner Louise Carroll. “I’m thankful to Council Member Vanessa Gibson for her ongoing partnership and want to congratulate Type A, L+M, and BronxWorks for this dynamic, forward-looking proposal.” 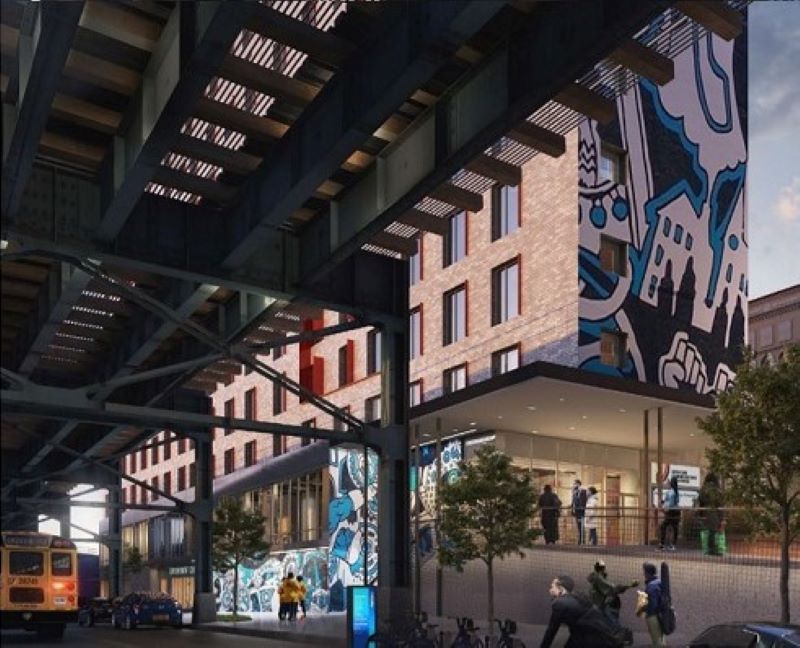 Designed by Bernheimer Architecture, the building is shown with a light-colored brick façade and a grid of punched windows with red accenting. The narrow northern elevation remains mostly blank and is shown covered in a large street art mural.

The first is The African Resource Center, a collaboration between the African Advisory Council and African Communities Together, and will provide educational programs, services, and community meeting space to the fast-growing and underserved African community in the project area. Today, the area is home to the highest concentration of African language speakers in New York.

As part of the development agreement, L+M is expected to exit the ownership structure at year five, offering its initial ownership stake to BronxWorks for a nominal fee.

“BronxWorks is thrilled to partner with Type A Projects, a woman-led development team, as their development partner and supportive housing services provider at River Commons, which will offer much-needed affordable housing in the Bronx,” said Eileen Torres, executive director of BronxWorks. “We also look forward to expanding our work in the borough providing residents and the local community, which includes many immigrants, with after-school, job training, eviction prevention, and health and wellness services through our on-site Empowerment Center.”

Site B is located at 1640-1642 Anthony Avenue in the Claremont section of The Bronx. Designed by Robert A.M. Stern, the building will include 40 low-income homeownership opportunities reserved for low-income households. The eight-story structure will comprise 20 one-bedroom, 16 two-bedroom, and four three-bedroom apartments.

Both development sites will be built on the Jerome Avenue Neighborhood Plan. Released in 2017, the plan aims to improve access to affordable housing opportunities in The Bronx and surrounding communities.

“Building on our Type A partnership from Bronx Point, L+M is proud to lend its financial support to this transformative project that not only advances our mission to support MWBEs by expanding Type A and BronxWorks’ portfolios, but will also bring much-needed affordable housing and tailored community resources to meet the needs of the neighborhood,” said Spencer Orkus, partner and managing director at L+M Development Partners. “We look forward to working with the project partners throughout the process to ensure River Commons is a safe, quality place to live and meets the goals of the Jerome Avenue rezoning.”

Thus far, the rezoning is bringing more than $189 million in capital projects and services to the Bronx neighborhood in new and improved parks and playgrounds, pedestrian safety improvements near the Cross Bronx Expressway, business assistance, and new schools.