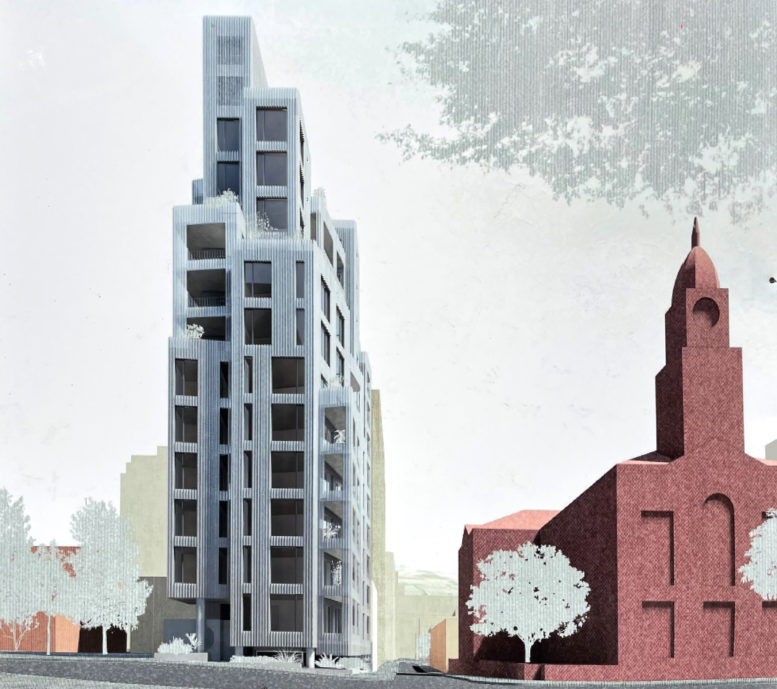 Demolition is complete at 219 Jay Street, the site of a 13-story residential building in Downtown Brooklyn. Alternately addressed as 9 Chapel Street, the 130-foot-tall structure is designed by Kane Architecture and Urban Design and developed by Tankhouse Development, and will yield 27 units spread across 54,118 square feet, for an average of 1,340 square feet apiece. KSK Construction Group is the general contractor and 219 JSP LLC is the owner of the property, which is set to rise on a plot bound by Chapel Street to the south, Concord Street to the north, and Jay Street to the west.

Photos taken through the construction fencing show the entire parcel cleared and partially excavated. Two small buildings were demolished to make way for the new development. 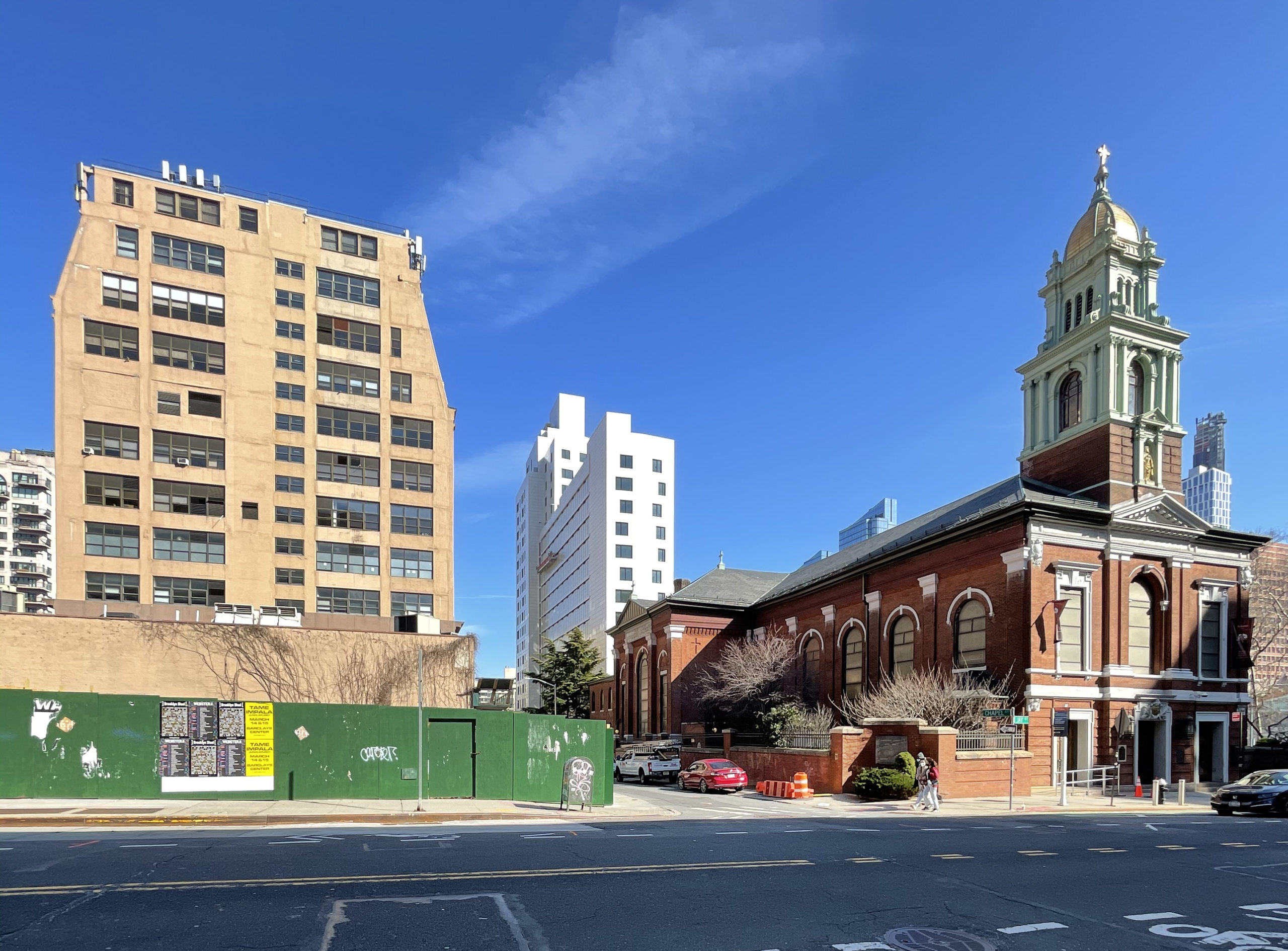 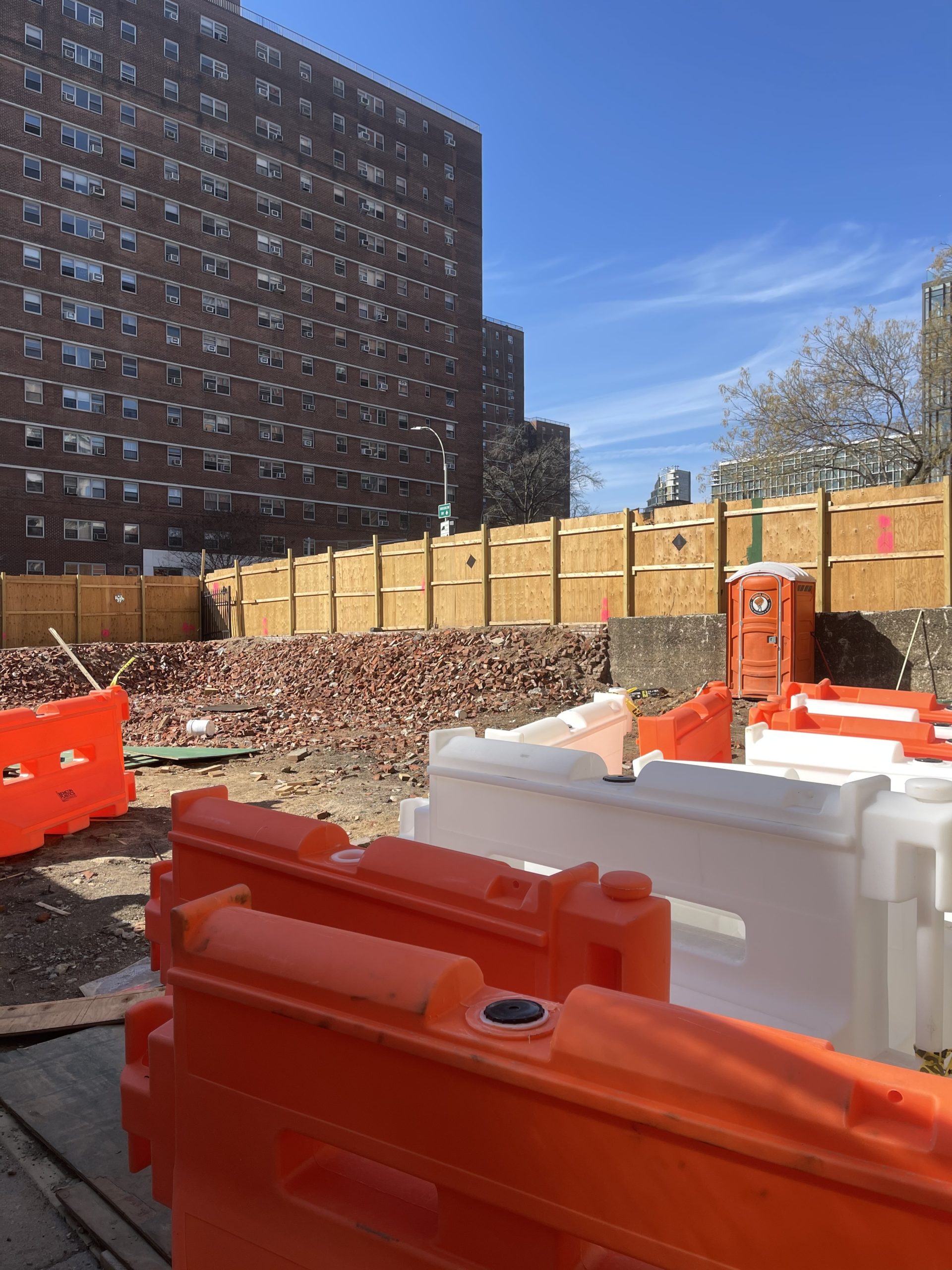 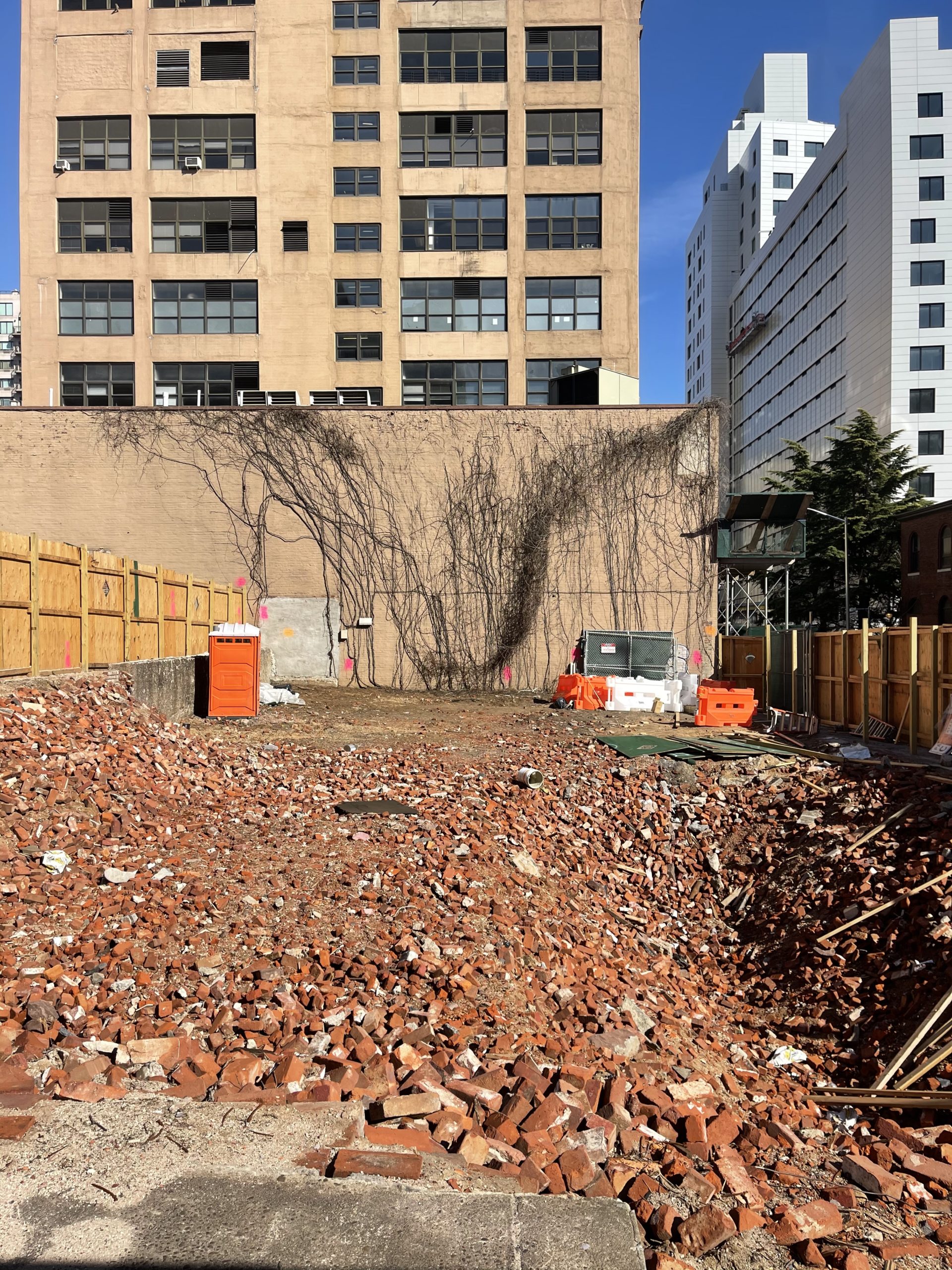 The main rendering depicts the building with a relatively slender western elevation and a grid of large floor-to-ceiling windows framed by vertically pleated walls. Multiple setbacks will make way for private outdoor terraces for a select number of units. Raised garden beds line the sidewalks and ground-floor entrance. It also looks like a number of pocketed terraces are positioned along the southern side of 219 Jay Street.

Below are renderings last seen in our previous update. 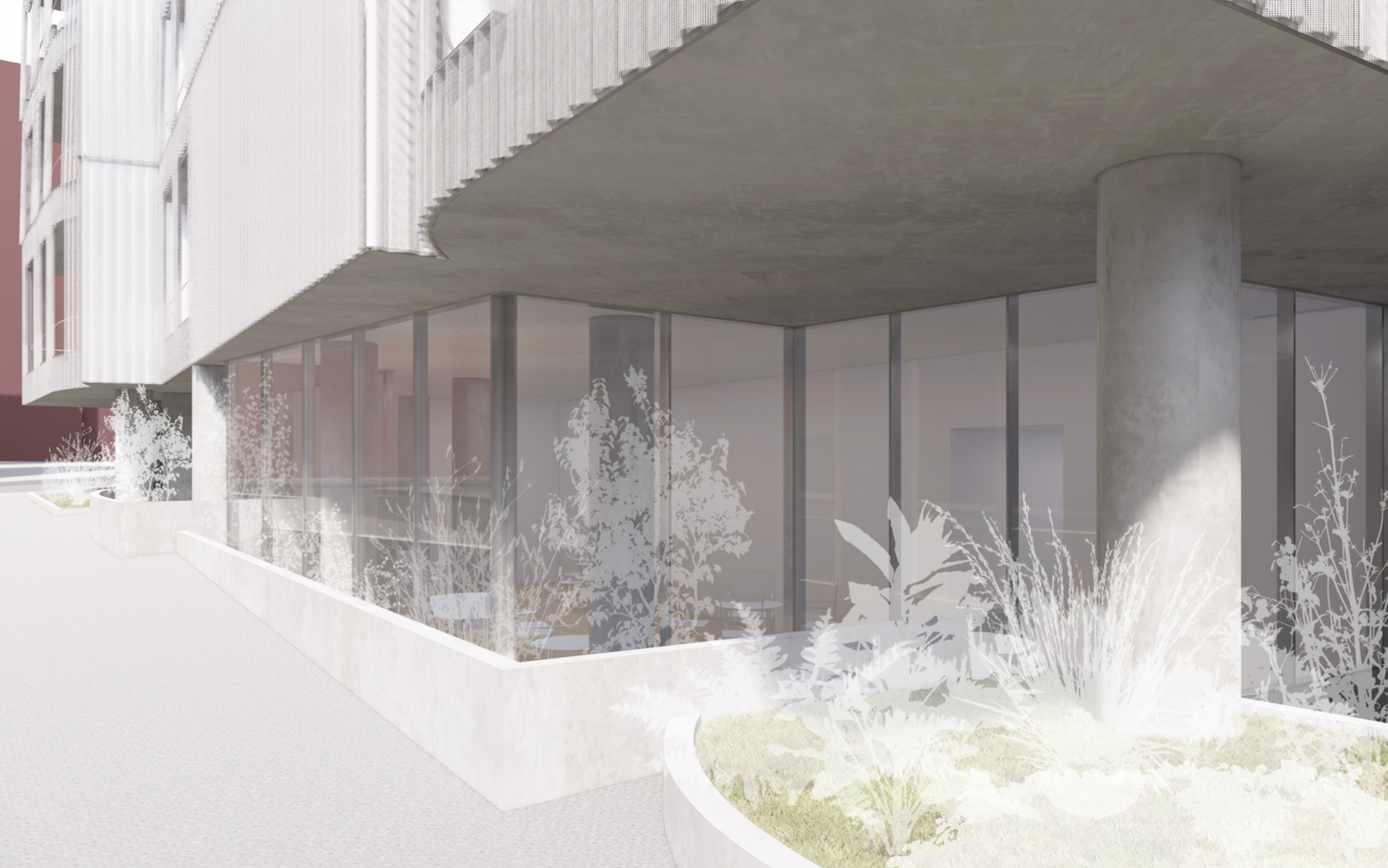 Rendering of the ground floor at 219 Jay Street. Courtesy of Tankhouse Development 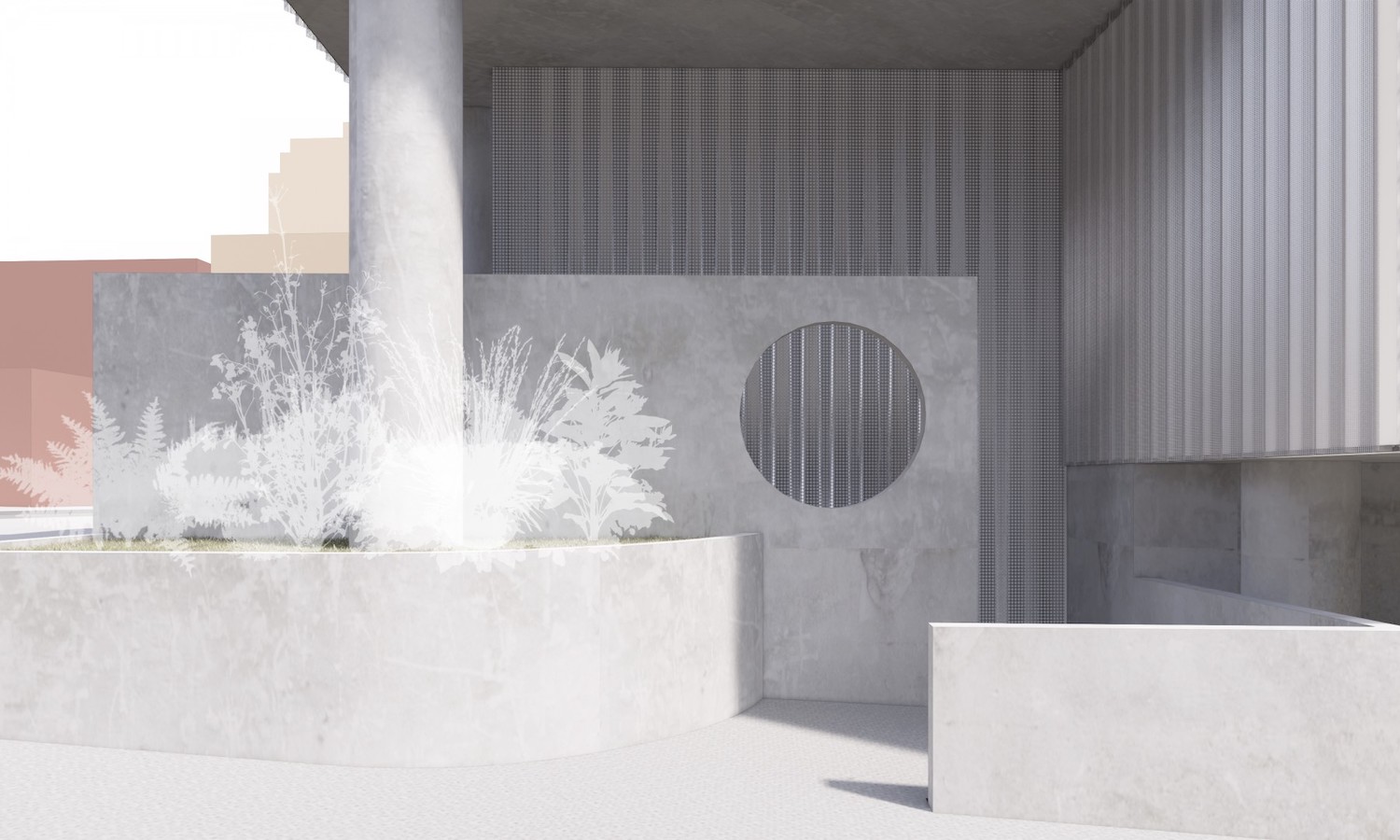 Rendering of Entrance at 219 Jay Street. Courtesy of Tankhouse Development

219 Jay street is slated for completion in December 2023, as noted on the construction board.