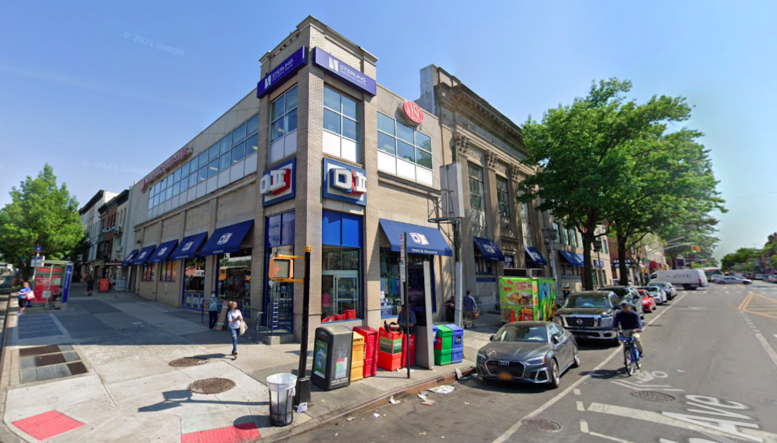 Permits have been filed for an expansion of a three-story commercial building into a six-story mixed-use development at 445 Fifth Avenue in Park Slope, Brooklyn. Located at the intersection of 9th Street and Fifth Avenue, the corner lot is one block from the Fourth Avenue-9th Street subway station, serviced by the F, G, and R trains. RJ Capital Holdings is listed as the owner behind the applications.

The proposed 74-foot-tall development will yield 53,099 square feet, with 29,740 square feet designated for residential space and 23,359 square feet for commercial space. The building will have 29 residences, most likely condos based on the average unit scope of 1,025 square feet. The concrete-based structure will also have a cellar, 25 bike storage spaces, and 24 enclosed parking spaces.

Tahir Demircioglu Architect is listed as the architect of record.

Demolition permits will likely not be needed as the development calls for an expansion. An estimated completion date has not been announced.