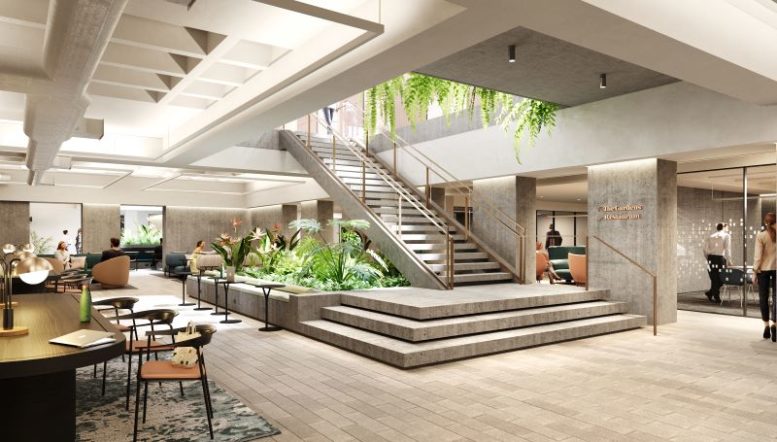 New renderings from Architecture Plus Information reveal lush amenity spaces and exterior enhancements at 780 Third Avenue, a 50-story office tower in Midtown East, Manhattan. Nuveen Real Estate, the current owner of the building, has invested roughly $40 million to create what it calls a “green oasis” for new and existing tenants.

Led by New York design studio Architecture Plus Information, known also as A+I, the building will feature a 12,000-square-foot publicly accessible park with decorative planters and a walkable skylight set above a new restaurant. The lobby will also be outfitted with an assortment of planters and a full-service coffee bar.

Tenants will also have access to “The Clearing,” a private work lounge for tenants and select members one level below the lobby. On the same floor, conference rooms with seating for eight to 20 people will be available to book for private use and will offer catering. The entire lower level can be rented for private events by both tenants of the building and the public.

A new fitness center will also debut on the lower level. 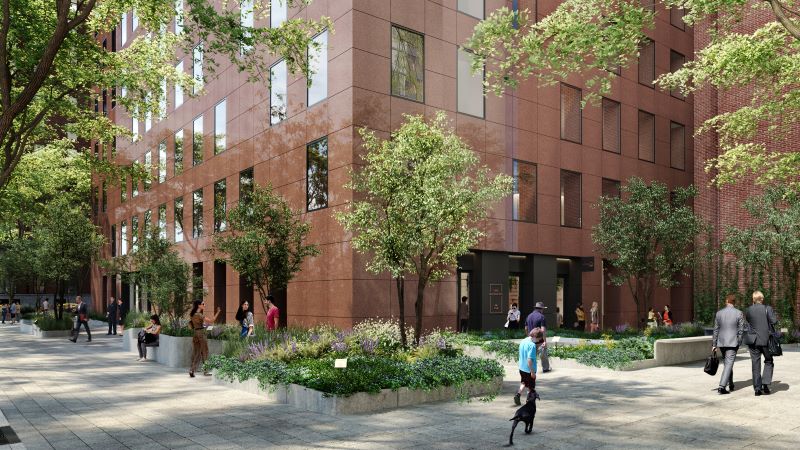 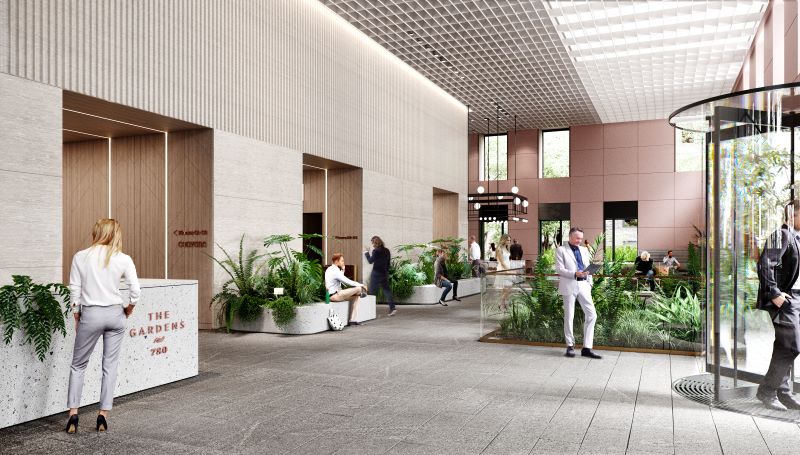 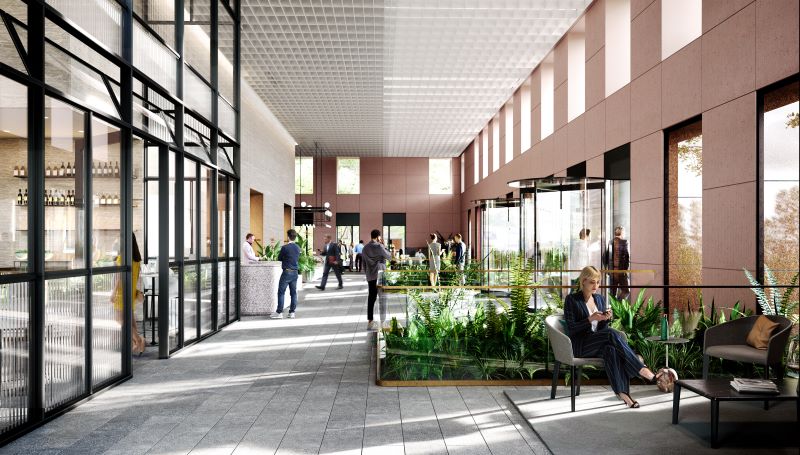 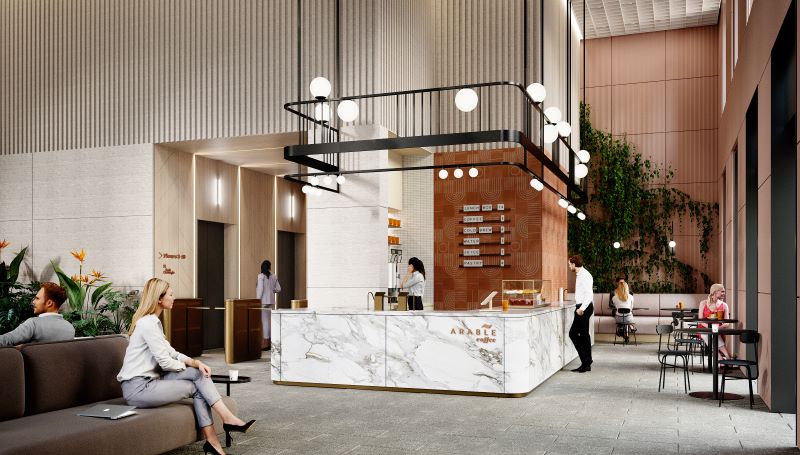 “The entire CBRE is honored to have been a part of this vision from day one and now four years later seeing it come to life is truly amazing,” said Paul Amrich, vice chairman at CBRE, which is handling all commercial leasing and marketing for ownership. “The programming and timing of the unveiling couldn’t be better with the much-welcomed weather coupled with employees excited to be back in a new office experience.”

The building’s new restaurant will be operated by DMK and David Morton of The Morton’s Steakhouse family and feature locally sourced cuisine. On the ground floor, DMK will also operate a small retail store with seasonal to-go fare, pottery, wines, and craft beer and spirits.

Following completion of the project in June, the building will debut as The Gardens at 780. The new restaurant, Arable Coffee, and The Clearing, are expected to open in July.

“The Gardens at 780 will provide tenants with a model post-pandemic work environment in the heart of Midtown East,” said Brian Wallick, director of office and life science at Nuveen Real Estate. “We’re excited to continue raising the bar for the future of work in New York City and to welcome tenants to The Gardens at 780.” 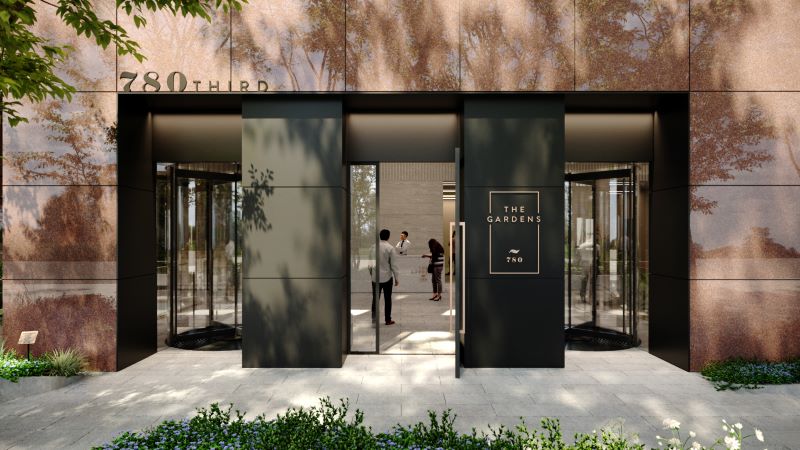 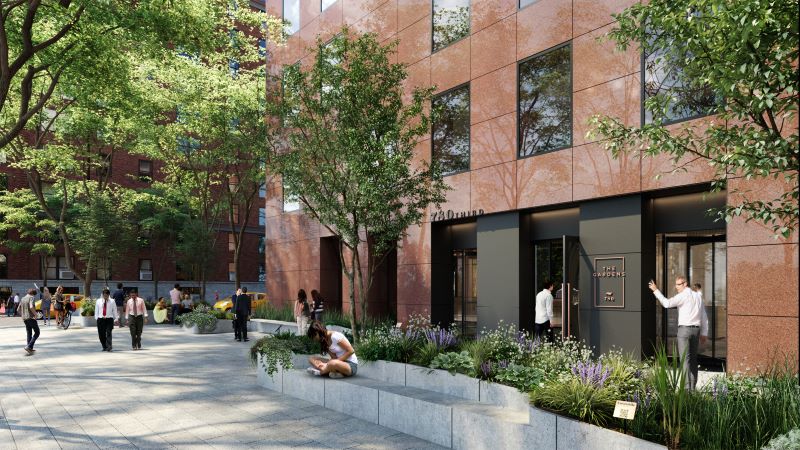 Be the first to comment on "New Amenity Spaces Revealed for 780 Third Avenue in Midtown East, Manhattan"