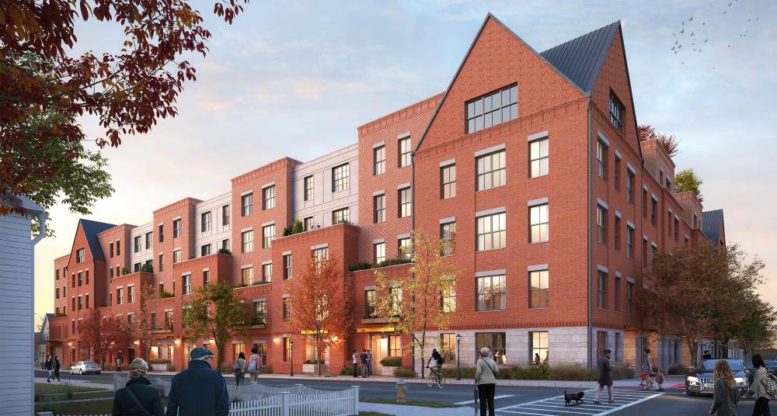 New renderings offer a first look at Pelham House, a forthcoming mixed-use residential structure at 215 Fifth Avenue in Pelham, New York. Described as a transit-oriented development, the property will include 127 apartments, 5,000 square feet of ground-floor retail, 160 private parking spaces, and an additional 60 parking spaces available to the public.

Just last month, the developers’ request for financial incentives to facilitate completion of the project was approved by the Westchester IDA. This included a sales tax exemption of $1.1 million and a mortgage recording tax exemption of $500,000. The developer also received a real estate tax exemption through a Payment in Lieu of Tax (PILOT) agreement of $15.8 million. The tax benefits total $17.4 million, of which $2.1 million would be foregone county tax revenue.

The scope of work also includes the construction of a municipal center for the Village of Pelham. Costs for this segment of the project, estimated at $20 million, were not offset by the incentives package and will be completed at the developers’ expense. The developers will make additional cash payments to the village for public improvements related to traffic and pedestrian safety, parking, and other infrastructure-related fees.

The project is expected to be completed and ready for occupancy in August 2025.