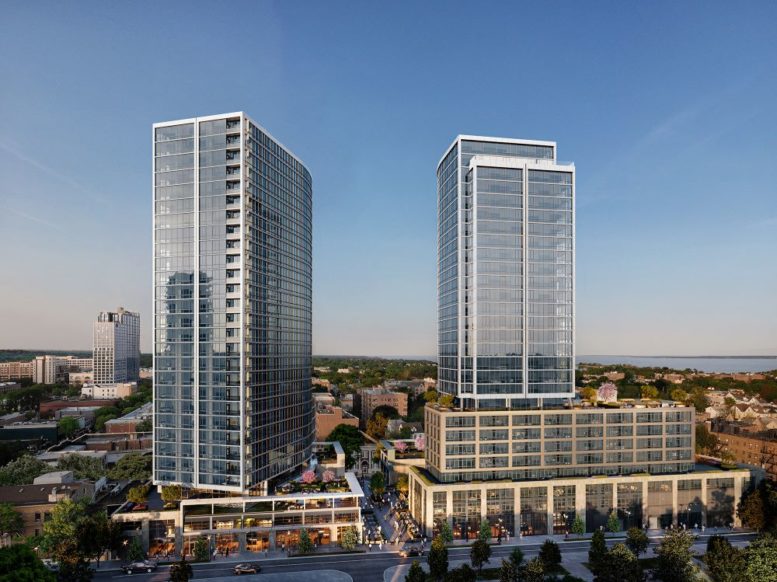 Construction is now complete on One Clinton Park, a 28-story mixed-use tower at 55 Clinton Place in downtown New Rochelle. Designed by PS&S and MdeAS Architects and developed by RXR, the structure yields 352 rental units in one- to three-bedroom floor plans as well as ground-floor retail space. All of the units come with smart home technology, washer and dryer, and access to a full suite of amenities. 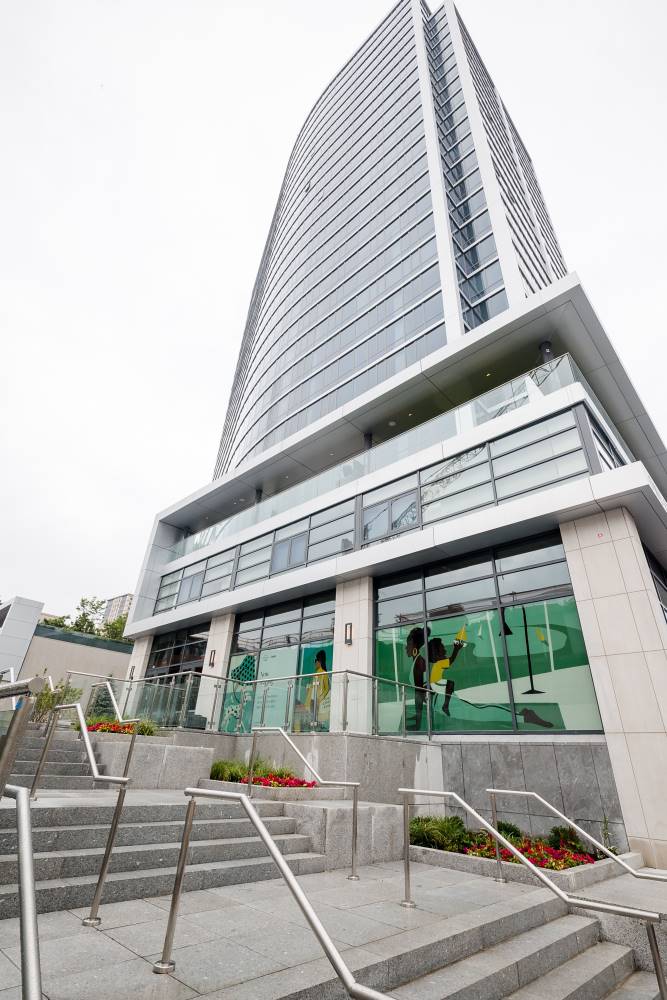 One Clinton Park in New Rochelle – Courtesy of RXR 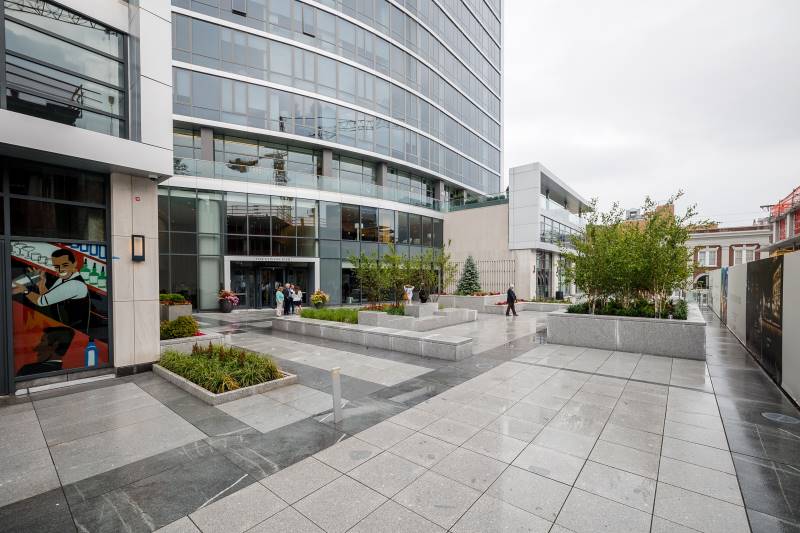 Public plaza in front of One Clinton Park – Courtesy of RXR

Indoor amenities include a fitness center, co-working space, a children’s playroom, a pet spa, and the Gibson Speakeasy named after Charles Dana Gibson, a prominent city resident who worked as an illustrator for Life Magazine, among other national publications.

The property also features 8,000 square feet of private outdoor space spread across two landscaped terraces and a 16,000-square-foot outdoor plaza along Clinton Place that is open to the public. Additional amenity spaces on the terrace levels include barbecues, lounge areas, turf lawns, fireplaces, a dog run, and recreational area.

RXR launched leasing for the property in partnership with Greystar Real Estate Partners earlier this year. Studios debuted at around $2,200 per month.

No development schedule has been released for Two Clinton Park, a sister tower that will also comprise a mix of rental apartments and retail space. 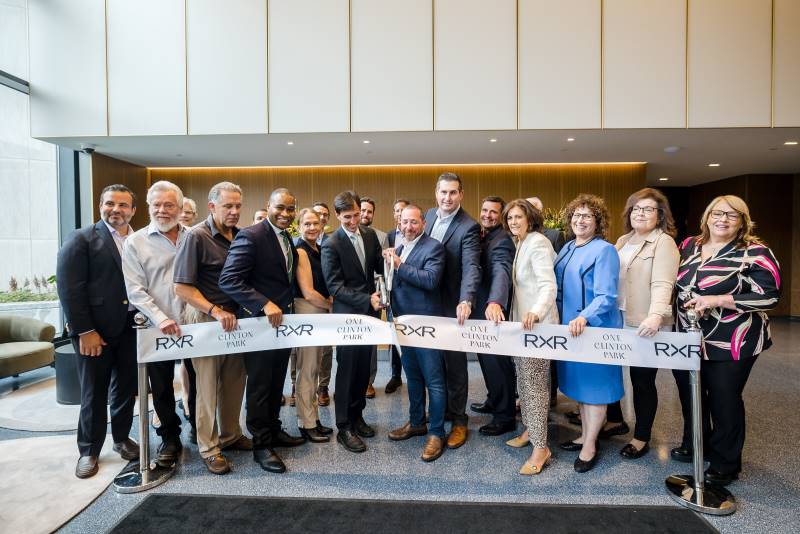