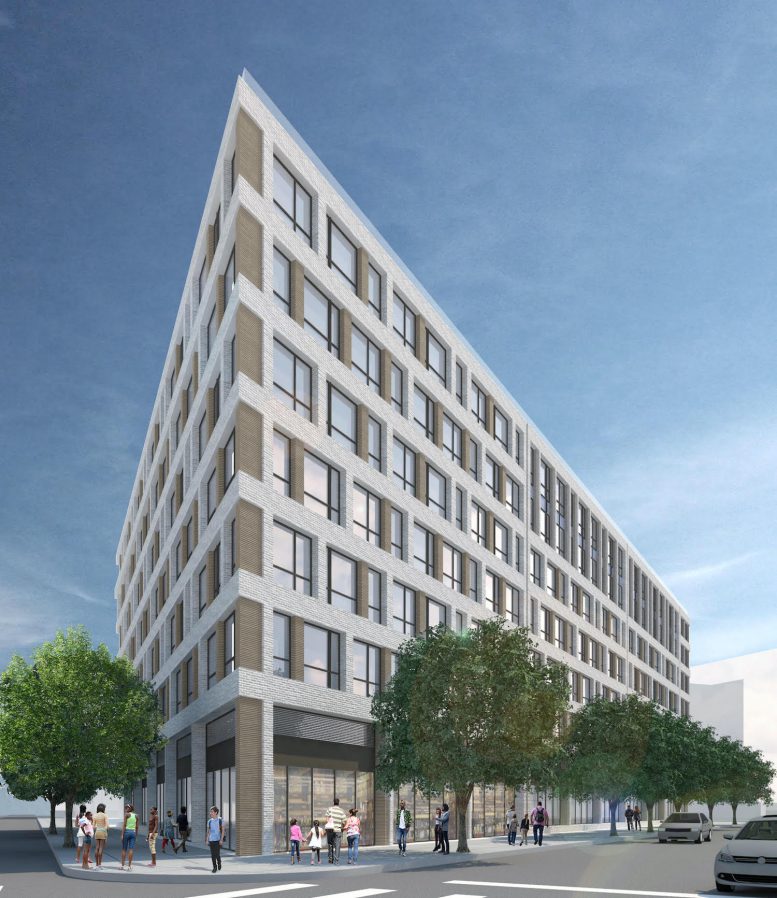 Tiffany Court, a new 151-unit affordable housing property recently debuted at 980 Westchester Avenue in The Bronx. The property is located in Foxhurst, residential micro-neighborhood that borders the Bronx River, the Bruckner Expressway, and Morrisania.

Developed by The Doe Fund and Bolivar Development with support from New York City’s Housing Development Corporation (HDC) and the Department of Housing and Preservation Development (HPD). The project was just awarded a Temporary Certificate of Occupancy.

“New York City faces many obstacles to its pandemic recovery, from dirty streets to rising homelessness and a lack of affordable housing,” said John McDonald, executive vice president of housing at The Doe Fund. “More people experience homelessness on our streets and in our subway than ever before. It’s critical we develop housing that delivers the services these individuals and families need to live with dignity. Tiffany Court Plaza shows The Doe Fund’s commitment in action — the commitment to a safer, fairer, more livable NYC.”

The remaining units will be rented through a lottery conducted by The Doe Fund via NYC Housing Connect.

All residents will have access to a large communal lounge, a landscaped outdoor terrace, on-site laundry facilities, a computer room, and bike storage.

In addition to a residential lobby, the first floor of the building will house a 25,000-square-foot retail volume. The commercial tenants have not yet been announced.

Housing Lottery Launches at 3836-3838 Carpenter Avenue in Williamsbridge, The Bronx