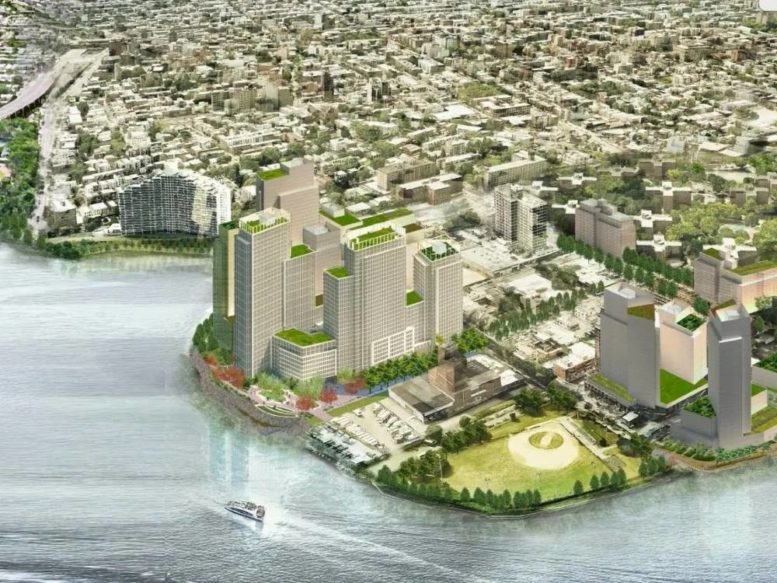 This week, the New York City Council approved plans for Hallets North, a three-tower residential development that will create 1,340 apartments in Queens. Located in Astoria, the Hallets North development site comprises an assemblage of lots along 26th Avenue between Third and Fourth Streets.

The towers will also include 335 affordable units, an expanded waterfront esplanade along the East River, retail businesses, community facility spaces, and parking for more than 500 vehicles. The towers will top out at 23, 31, and 34 stories tall.

The community facilities will be managed by Urban Upbound and Zone 126, which will provide vocational training and other career services. The New York City Housing Authority Astoria Houses’ tenant association will also receive $1 million for programmatic and capital investment.

“We can only tackle the affordable housing crisis by making New York City a ‘City of Yes,’ and approving this project is a significant step in the right direction,” said mayor Adams. “The solution to our housing shortage is simple: building more housing, and this project will create thousands of homes, including hundreds with restricted rents.” 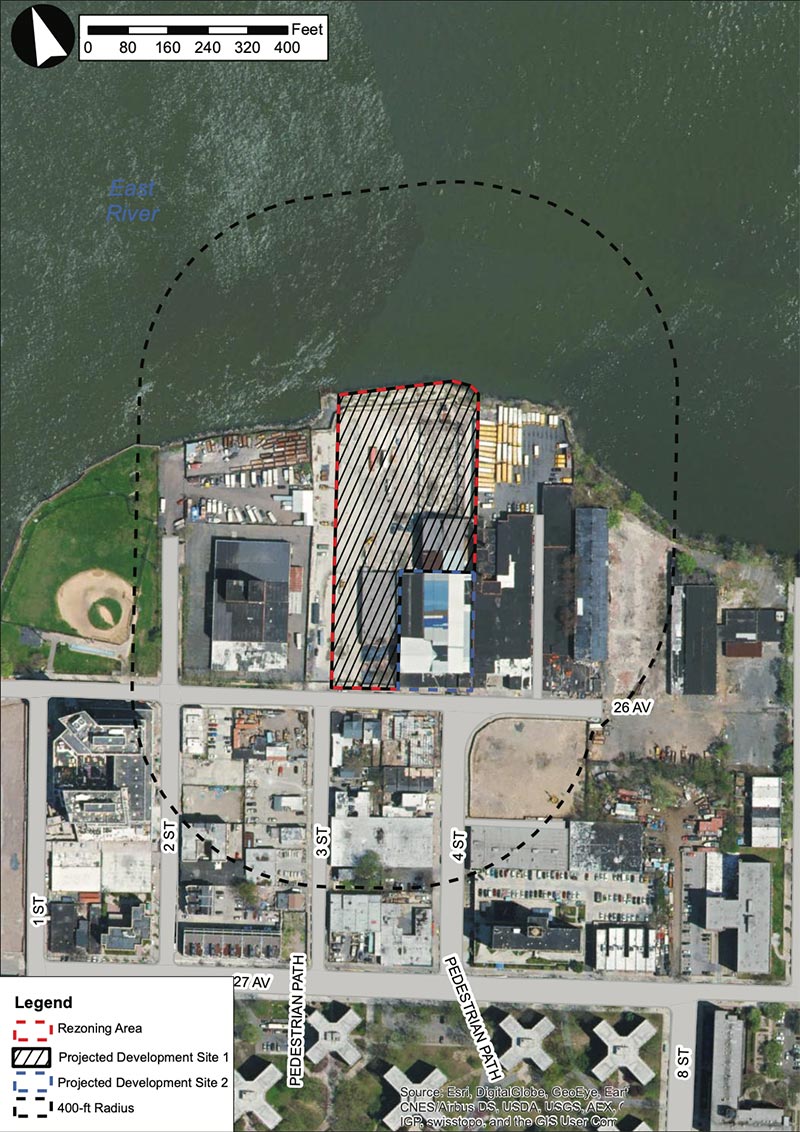 Plans for the development, led by Astoria Owners LLC with Studio V Architecture, were filed with the Department of City Planning in 2021 and began the required environmental review and public impact study in March. Last week, the City Council voted in favor of the proposal 43-1 following an announcement from Astoria councilwoman Tiffany Cabán that she would vote to approve a rezoning application filed by the developer to facilitate construction of the project.

Brooklyn Councilman Charles Barron was the only council member to vote against the project.

“New Yorkers in every community are standing up and saying, ‘We want to be a part of the solution,’ and the Halletts North project is another big win for affordability in our city,” said deputy mayor for economic and workforce development, Maria Torres-Springer. “I thank speaker Adams, council member Cabán, and everyone who voted to make these new homes a reality.”