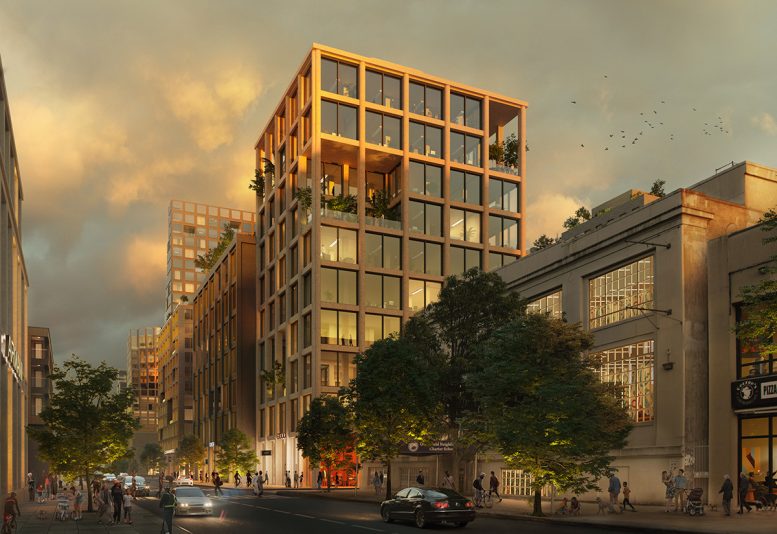 The New York City Council voted Tuesday, November 21 to approve Innovation QNS, a $2 billion mixed-use development that will bring 3,200 apartments to Astoria, Queens. The development team behind the property includes Kaufman Astoria Studios, Silverstein Properties, and BedRock Real Estate Partners, which was forced to price around 1,400 apartments, or nearly half of the planned units, below market rate.

This includes more than 800 units for households and individuals classified under very-low and extremely low income thresholds.

The project will break ground in an area known as the Kaufman Arts District near the neighborhood’s southern boundary, which is currently filled with low-rise industrial buildings, parking lots, and underutilized parcels. When complete, the project is poised to reinvigorate the area between Northern Boulevard and 37th Street.

While the property will debut as the largest privately owned housing development in the borough, more details on use-types and buildable square feet are expected from the project team following yesterday’s approval, as the original plans have changed.

Original renderings of the project are credited to ODA New York, which is still assumed to be architect of record for Innovation QNS. 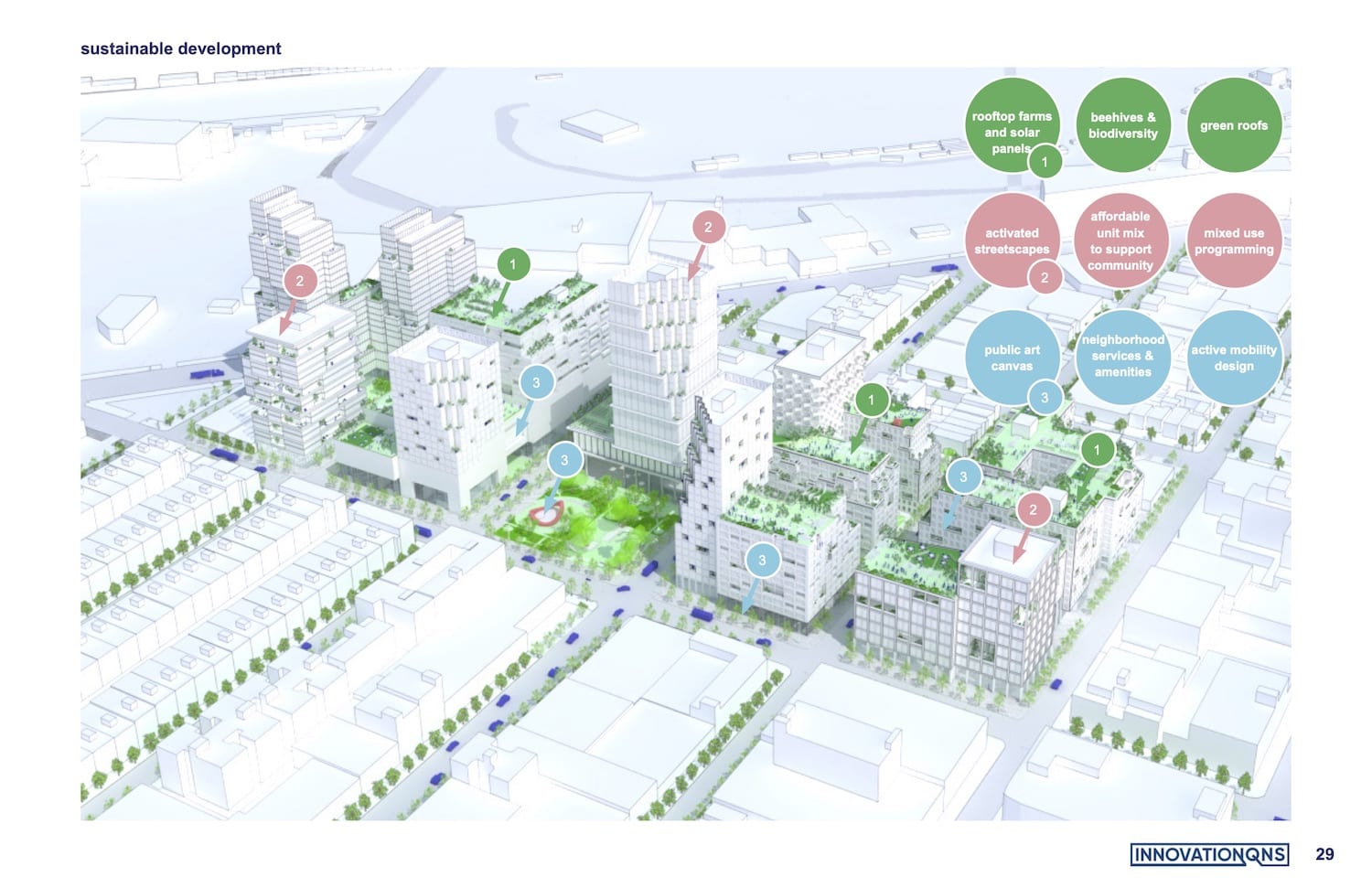 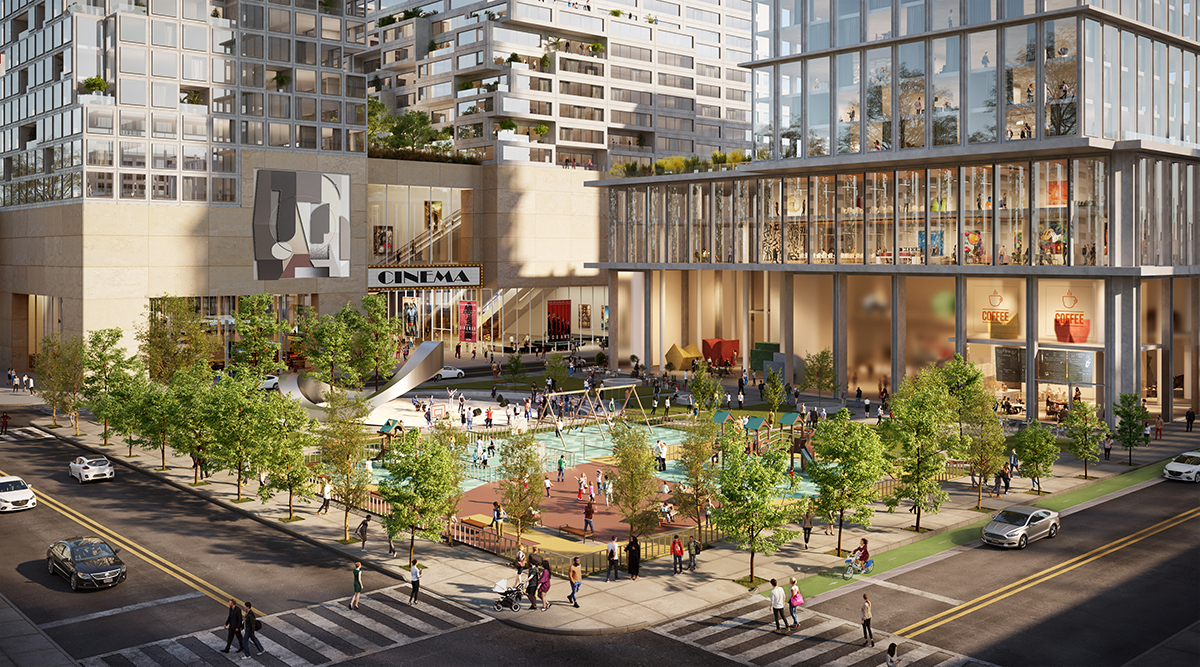